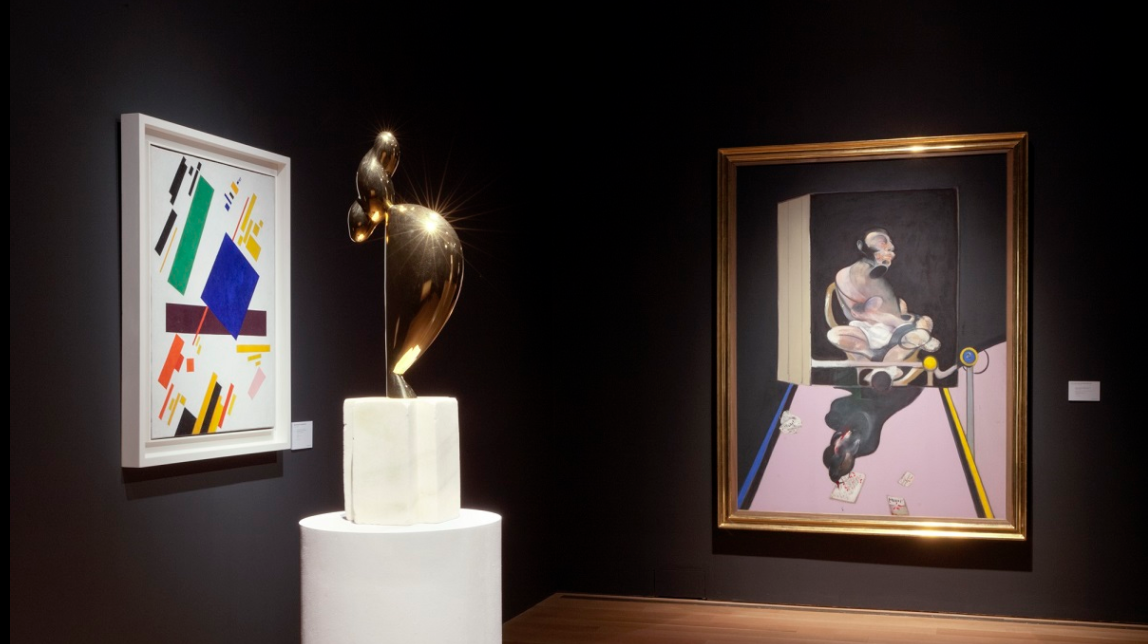 New York – Christie’s Spring auction series in New York achieved a grand total of $1.79 billion across two weeks of sales, marking another crowning achievement in the company’s more than 250-year history. New clients flocked to Christie’s from 52 countries around the world to participate in 5 evening sales, 7 day sale sessions and 2 online-only sales, including a week of sales devoted to the Collection of Peggy and David Rockefeller. The record-breaking $832 million result marked the most significant philanthropic event in auction history. The following week of sales were devoted to the best of Impressionist, Modern, Post-War, and Contemporary Art and realized a combined total of $961,006,000 (£710,569,438/ € 809,728,502), a 14% increase over May 2017.

The exceptional quality and provenance of this season’s sales drew new audiences to Christie’s gallery exhibitions in Hong Kong, London, Paris, Los Angeles, Beijing, Shanghai and New York. These platforms were complemented by a dynamic digital approach that nurtured an international community of tastemakers. Through an innovative mix of live and online auctions, the decorative arts were juxtaposed with Impressionist, Modern and Contemporary art, celebrating the diversity of today’s collectors, at every price point.

Philanthropy was at the heart of this historic fortnight of auctions with all of the estate proceeds from the Rockefeller Collection sales directed to philanthropies Peggy and David Rockefeller supported during their lifetime. In addition, throughout 20th Century, the Collections of Joan and Preston Robert Tisch and Masterpieces by Richard Diebenkorn from the Zucker Collection were both sold to benefit charitable foundations.

Christie’s superior global reach was confirmed by the participation of collectors from 52 countries and 6 continents, including the Americas, Asia, Europe and the Middle East. Across the two weeks, 33 lots sold for over $10 million, counting 18 lots above $20 million and 5 lots over $50 million.

Over 20th Century Week, Christie’s achieved new record prices for the major artists of the era, including Kazimir Malevich and Constantin Brancusi in the Impressionist and Modern Art Evening Sale, and Joan Mitchell and Richard Diebenkorn in the Post-War and Contemporary Art Evening Sale. Top prices were also achieved for Francis Bacon, whose Study for Portrait became the sale’s top lot after a spirited bidding battle in the Post-War and Contemporary sale, and Vincent van Gogh, whose Vue de l’asile et de la Chapelle Saint-Paul de Mausole (Saint-Rémy) attracted international bidding before ultimately selling to a client in Asia.

The day sessions during 20th Century week achieved exceptionally strong results pointing to strength and demand for the core market.

Marc Porter, Chairman of Christie’s Americas, commented: “The last two weeks at Christie’s have seen historic results achieved for the Rockefeller Collection, followed by outstanding results for the Impressionist and Modern and Post-War and Contemporary Art sales. It has been an honor to share in the philanthropic mission of our major estate clients this season, including the Rockefeller, Tisch and Zucker families. Our success is a testament to strong partnerships and collaborations across our teams, and our colleagues worldwide have been invigorated by the power of both great collecting and great philanthropy. This has been an unforgettable season both for Christie’s and for the buyers and sellers who converged in our salesrooms over the past two weeks, including so many who were new to Christie’s and have now become part of our client community.”

For a replay of the sale, visit Christie’s Facebook Live feed. The top ten results can be found here.

STATISTICS AT A GLANCE:

To watch a playback of the auction, see Christie’s Facebook Live feed. The Top Ten results can be viewed here.

The Collection of Peggy and David Rockefeller

The series of sales were highlighted by Picasso’s, Fillette à la corbeille fleurie, which realized $115,000,000, Monet’s Nymphéas en fleur, which totaled $84,687,500, and Matisse’s Odalisque couchée aux magnolias, which sold for $80,750,000. Furniture, silver and porcelain of the 17th, 18th and 19th centuries interpreted through modern eyes proved irresistible to the marketplace. The Art of the Americas saw particular interest in works commissioned by Abby Aldrich Rockefeller – one the first true pioneers and patrons of Modernism in the United States.

The Collection of Peggy and David Rockefeller raised a total of $832 million, establishing the highest auction total ever for a private collection at auction.

Notable results in decorative arts include a Regency mahogany four-pedestal dining table, which sold for $468,500, and an English wicker picnic hamper from Asprey & Company, which realized $212,500 against an estimate of $10,000.