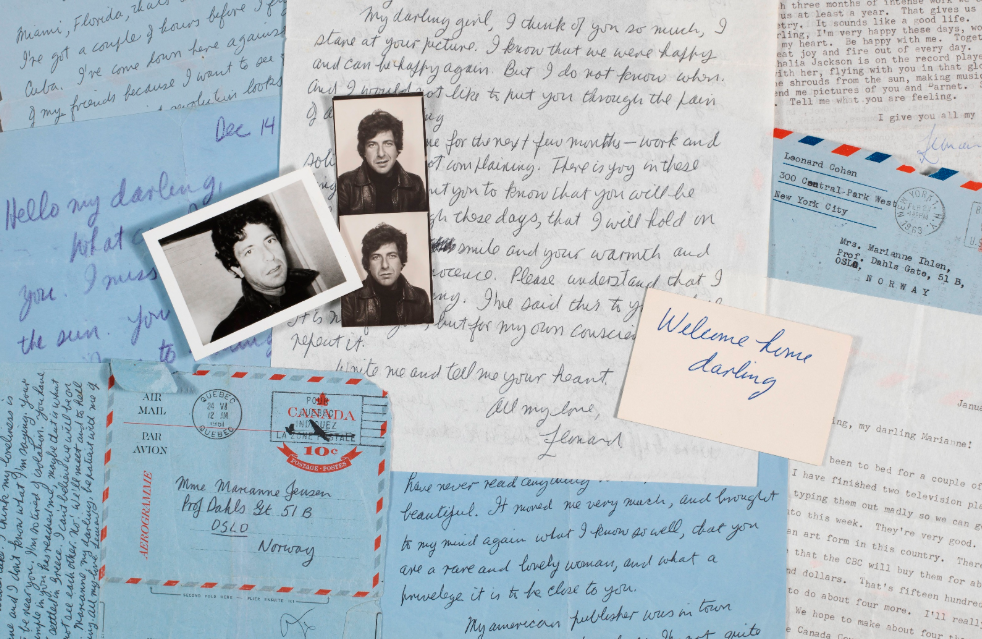 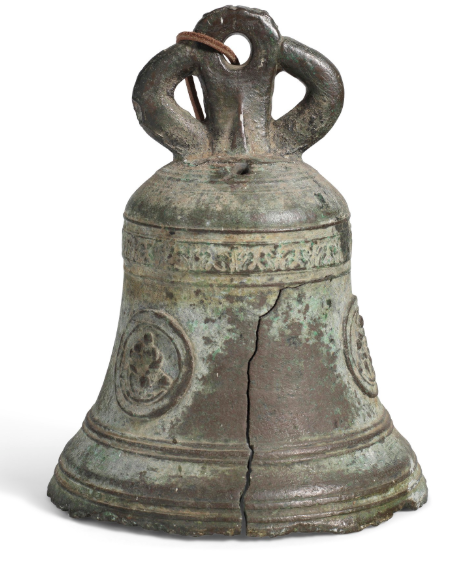 There is a crack, a crack in everything

From their Hydra home

A cracked bronze bell from Marianne & Leonard's home in Hydra. Cohen famously writes in his song “Anthem,” “Ring the bells that still can ring / Forget your perfect offering / There is a crack, a crack in everything / That’s how the light gets in.” This bell originally decorated a staircase in Marianne’s Hydra home before accompanying her to Leonard’s, where it sat in various places (including on his desk for many years) and provided inspiration for one of his great lyrics.

New York - This June 5-13 Christie’s will bring to auction a superb and largely unknown archive of over 50 letters from the acclaimed Canadian poet, singer-songwriter, and novelist Leonard Cohen (1934-2016) to his most famous muse, the inspiration for the song "So Long, Marianne," Marianne Ihlen. Postmarked from Hydra, Montreal, New York, Tel Aviv, and Havana, and written during pivotal years in Cohen's career, these poetic letters brim with both biographical detail and raw emotion, documenting one of the most captivating love affairs of its time as well as the transformation of a young man into a great artist.

Highlights from the sale include a letter written in Tel Aviv in September 1960 at the start of their relationship where Cohen writes “It’s hard to write you. The surf is too loud. The beach is too crowded, and you’re too much in my heart to put anything down” (estimate: $ $6,000-9,000), a cracked bronze bell from Marianne & Leonard's home in Hydra that recalls lyrics from his song “Anthem” (estimate: $8,000-12,000) and an autograph letter from February 1967 after his first major performance in New York. Cohen describes in the letter that he “sang in New York for the first time last night, at a huge benefit concert. Every singer you’ve ever heard of was there performing. Judy Collins introduced me to the audience, over 3000 people, and they seemed to know who I was, mostly because of ‘Suzanne” (estimate: $8,000-12,000). Estimates range from $300-$12,000 and registration is open starting Tuesday, May 21st.