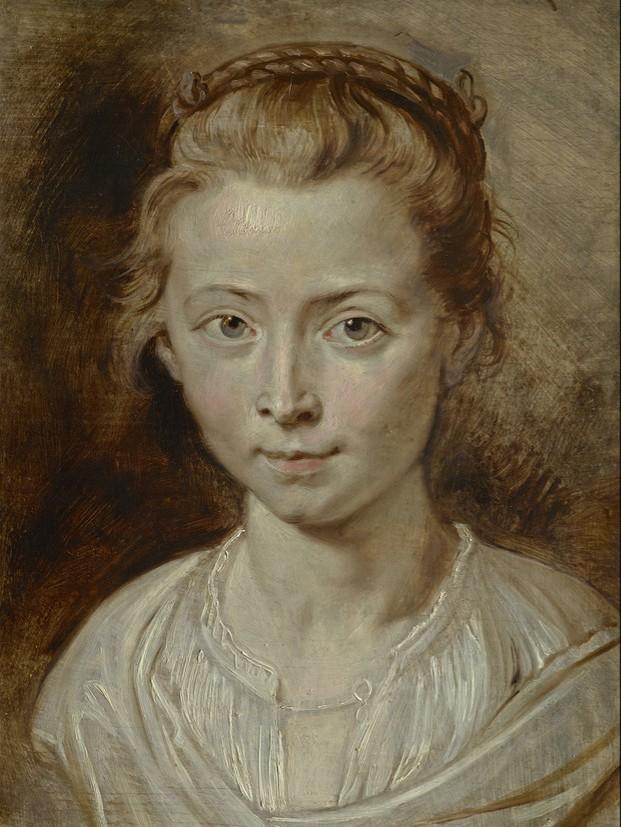 London – Christie’s will offer "Portrait of Clara Serena, the Artist's Daughter" by Peter Paul Rubens in the London Old Masters Evening Sale on 5 July, during Classic Week (estimate: £3-5 million). Never intended for public display, this seminal work offers a rare glimpse into the private life of the greatest artist of the Northern Baroque. The portrait is on public view in New York until 5 May, later going on view in Hong Kong from 24 to 28 May, before being exhibited in London in the lead up to the sale.

Henry Pettifer, Head of Old Master Paintings, Christie’s London: “Rubens’ paintings of his family members, freer and bolder than those of his wealthy clientele, count amongst his greatest achievements in portraiture. This spontaneous likeness of Clara Serena, his only daughter with his wife Isabella Brant, painted around the time of her untimely death at the age of twelve, is extraordinary for its intimacy and timeless appeal. Its appearance on the market this summer comes after the picture has featured in recent high profile exhibitions at the Rubenshuis in Antwerp and the Scottish National Gallery, Edinburgh, and it is the first major work by Rubens to appear at Christie’s in London since the record breaking sale of "Lot and his Daughters" in July 2016”.

THE SITTER: The "Portrait of Clara Serena" belongs with the collection of personal portraits rendered by Rubens of his children. Clara Serena was the beloved first child and only daughter of the artist, with his wife Isabella Brant. Little is known about her life, beyond the few intimately rendered portraits painted by Rubens, before she passed away at the age of just twelve and a half. The identification of the present portrait stems from the sitter’s resemblance to Rubens’s drawing of her mother at the British Museum and painting of Clara Serena at a younger age, in the Liechtenstein Collection.

REATTRIBUTION: In 2013, the "Portrait of Clara Serena" was deaccessioned by the Metropolitan Museum of Art having been considered as by a follower of Rubens. It was only after a subsequent transformative restoration that it was recognized again as a dazzling autograph work by Rubens, leading to its inclusion in the Rubens in Private exhibition at the Rubenshuis in 2015. More recently, the picture has been the focus of a dedicated exhibition at the Scottish National Gallery in Edinburgh and it will be included in the forthcoming volume of the Corpus Rubenianum Ludwig Burchard by Katlijne Van der Stighelen, due for publication in 2019.

UNIQUE & INTIMATE: Given the highly personal nature and unique character of this picture, it holds a special place in Rubens’s oeuvre. Unlike any other portrait by the artist, the picture is painted with the intimacy of his preparatory sketches, while the face is more focused and drawn in greater detail, emitting the great psychological complexity of his finished portraits. The disarming directness with which Clara Serena looks at the viewer was also not typical of contemporary portrait painting, reflecting both the intimacy of the moment shared between father and daughter, and displaying the deep affection with which she was seen through Rubens’ eyes. Though this picture was never intended for public display, Clara Serena’s likeness now lives on as the private memory of the most public artist of the Flemish Baroque.