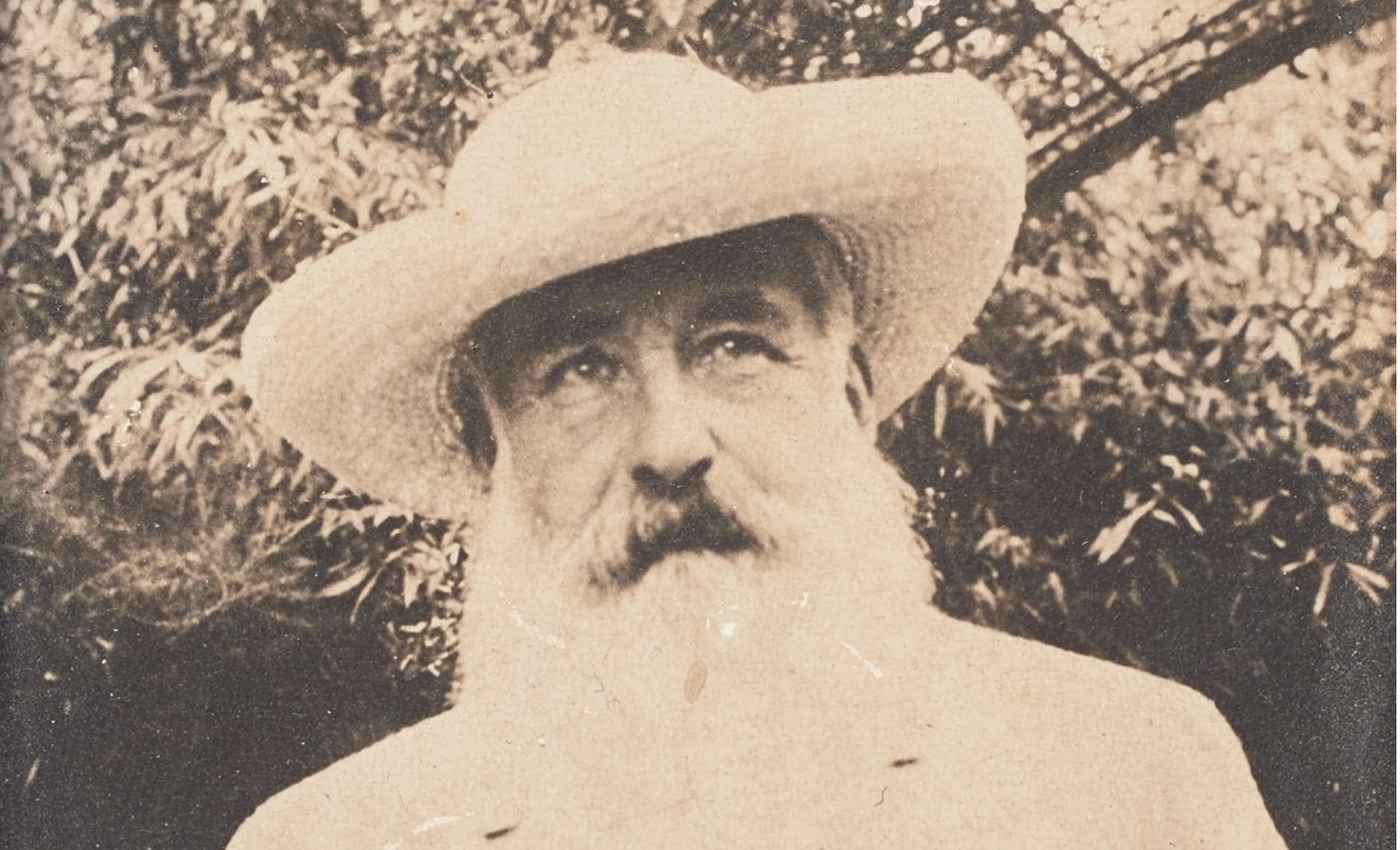 London – Christie’s will offer objects and artworks from the personal collection of Claude Monet in Hong Kong on 26 November 2017. In addition to being the very first sale dedicated to Impressionism organised in Asia, the auction will be transmitted in real time in our Parisian auction room so that our European based clients may also attend the sale and participate. Titled Dear Monsieur Monet, the collection presents an intimate and family driven insight into one of art history’s most beloved artists. Hidden from the rest of the world, these works have only been seen in catalogue reproductions.

The auction will include early works by Claude Monet that trace his artistic development, ranging from early sketches to pastels and some of the first examples of the artist working in series. These are presented alongside pieces from his own collection by the revered artists, and friends of Monet, including Édouard Manet, Eugène Boudin, Auguste Rodin, Paul Signac among others. Through Japanese prints, personal items and photographs of the artist it is possible to become immersed in the private world of Claude Monet, glimpsing intimate details of a very public figure. Dear Monsieur Monet will be on view in Paris from 8 to 15 of September before touring to Shanghai, Beijing, London and New York. Prices range from $500-3,000,000 providing an opportunity for collectors of all stages to acquire pieces from the man considered the godfather of Impressionism.

Monet’s youth is persevered in two primary sources: loose and scattered sheets of his earliest sketchbooks and the memoirs of Théophile Béguin Billecoq, whose contacts with him during holidays in Le Havre provide the only known first hand testimony of this period. The sketchbook in 1857 is of the most important records of Monet’s artistic activity during the 1850s, providing valuable insights into his development as a draftsman at this early stage. Croquis d’enfants (1857, estimate: $20,000-30,000) is a leading example of these notable studies.  The very accomplished drawing Barques échouées sur la plage (circa 1860-61, estimate: $50,000-80,000) testifies how Monet outperformed his masters by executing a drawing as detailed as any of his oil paintings would be.

Monet’s close friendship with Boudin from the late 1850s onwards exposed him to one of the most important pastel-makers of the day. Largely self-taught, like Monet himself, Boudin was prodigious in his use of the graphic medium, making hundreds of informal studies in his sketchbooks and on independent sheets, as well as elaborate compositions. The Boudin watercolours in Monet’s collection were therefore typical of the taste and style of this artist who was such a passionate painter of beaches, harbours and piers.

A small group of pastels by Monet add a number of entirely new motifs to his oeuvre. Among them are views of Yport, such as Yport, la nuit (circa 1860, estimate: $150,000-250,000), which is the only recorded night scene by the artist. They record the play of light and weather above a largely featureless stretch of ground. Falaises des Petites-Dalles (1884, estimate: $1,500,000-2,500,000) was created in solitude, facing impossible weather, but whether under rain or wind, Monet was constantly in a quest of light. Those coastal expeditions were a milestone in his career and changed the course of his art. As the giant cliffs were painted with different viewing angles and weather forecast, Falaises des Petites-Dalles can represent the first steps towards the painting in “series”.

Three examples of Trois arbres à Giverny (Peupliers) (1887, estimate: $2,000,000-3,000,000, illustrated left) are held at the Musée Marmottan Monet in Paris. The majesty of the trees is enhanced by the contrast between the verticality of the poplars and the horizontality of the meadow. The tree poplars can be seen as representing the three stages of life, referencing modernity in the use of symbolism in the composition.

Alongside the selection of works by Claude Monet are paintings and drawings by his friends and students.  Auguste Rodin’s Salomé (circa 1895-97, estimate: $50,000-80,000, illustrated right) is a re-discovered study for the lithograph of the frontpiece of the Octave Mirbeau’s Jardin des supplices edited by Ambroise Vollard in 1899. Salomé is unique in Monet’s collection since it was probably the only drawing given by Rodin to Monet in 1897 together with bronzes and paintings.

Signac finally met Monet in 1883, listening to Claude Monet’s advice and painting the effects of light en plein air with broken colour and rapid brushstrokes. Monet would continue to influence Signac until 1886 and in addition to Nice (jour de marché) (circa 1926, estimate: $20,000-30,000) a letter addressed to his friend Claude Monet (executed in La Rochelle, 21 July 1920, estimate: $50,000-100,000, illustrated left) reveals the humour of Signac who wrote: “It’s picturesque enough to make even a cubist or a neo-Davidian foam at the mouth! And the treatment has really done me good: my strength is returning and work picking up”

After many successful Impressionist exhibitions, Giverny started to attract worldwide painters and although Monet did not have a specific teaching role, he had relationships with some American artists such as John Leslie Breck and Louis Ritman, whose oil on canvas Still-life with flowers and apples (estimate: $100,000-150,000) was in Monet’s collection. The artist’s stepdaughter, Blanche Hoschedé, became his model and pupil, staying by his side in Giverny until his death. She also became the guardian of both the house and the memory of the artist. Painted a short time after his death La maison de Monet à Giverny (circa 1925, estimate: $100,000-150,000) pays tribute to Monet’s final series The House at Giverny Under the Roses and uses the same vantage point as his work.

Claude Monet’s collection of Japanese prints numbered 231 pieces at the end of his life. He tastefully selected the Masters of the 18th and 19th centuries in an eclectic collection that featured 36 artists focusing on the three major artists Hokusai, Hiroshige and Utamaro. Even if Monet never servilely recopied Japanese engravings, he carefully analysed the prints to give a new start to his own painting. Beyond the representation of the Japanese way of life and iconography, Monet was also influenced by their representation of nature. The winter scenes became and remained a point of fascination throughout his career.

Several original photographs of the artist in his home at Giverny are also offered, showing the artist at ease in his surroundings. One such image portrays Claude Monet together with his second wife Alice Hoschedé in St Mark’s Square in Venice in October 1908. A continental two-handled Jardinière (estimate: $1,000-2,000) can be seen in the painting The Artist’s Garden at Vétheuil (1880), which is included in the National Gallery of Art in Washington. Included alongside this is a pair of the artist’s spectacles (estimate: $1,000-1,500, illustrated right) and a French silver fruit knife.

Adrien Meyer, Co-Chairman of the Impressionist and Modern Department: “It is a huge honour for Christie’s to offer these re-discovered pieces at auction for the first time. This collection provides an intimate insight into the life of Monet the artist and Monet the collector. Not only can we witness the development of Monet’s style but we trace what inspired him to strive for ground-breaking modes of representation.”

Giacometti and Van Gogh Lead Sotheby’s Marquee Evening Sales
A sculpture by Giacometti, a painting by Van Gogh, a table by Carlo Mollino, and a trio of cars were some of the highlights of the evening sales at Sotheby’s last night, which brought in a combined total of $283.9 million.

A Curated Look At Alcohol in Painting
Chris Riopelle, the Neil Westreich Curator of Post 1800 Paintings, discusses the depiction of alcohol in paintings.

Giacometti and Van Gogh Lead Sotheby’s Marquee Evening Sales
A sculpture by Giacometti, a painting by Van Gogh, a table by Carlo Mollino,…

See this year's Comedy Wildlife Photo Award Winners
If, like us, you could use a little humor in your life right now, look no…

The Bold Bright Displays of Beatriz Milhazes
Zao Wou-Ki’s Stunning Work of Nature
Is this Botticelli Worth $80 Million?