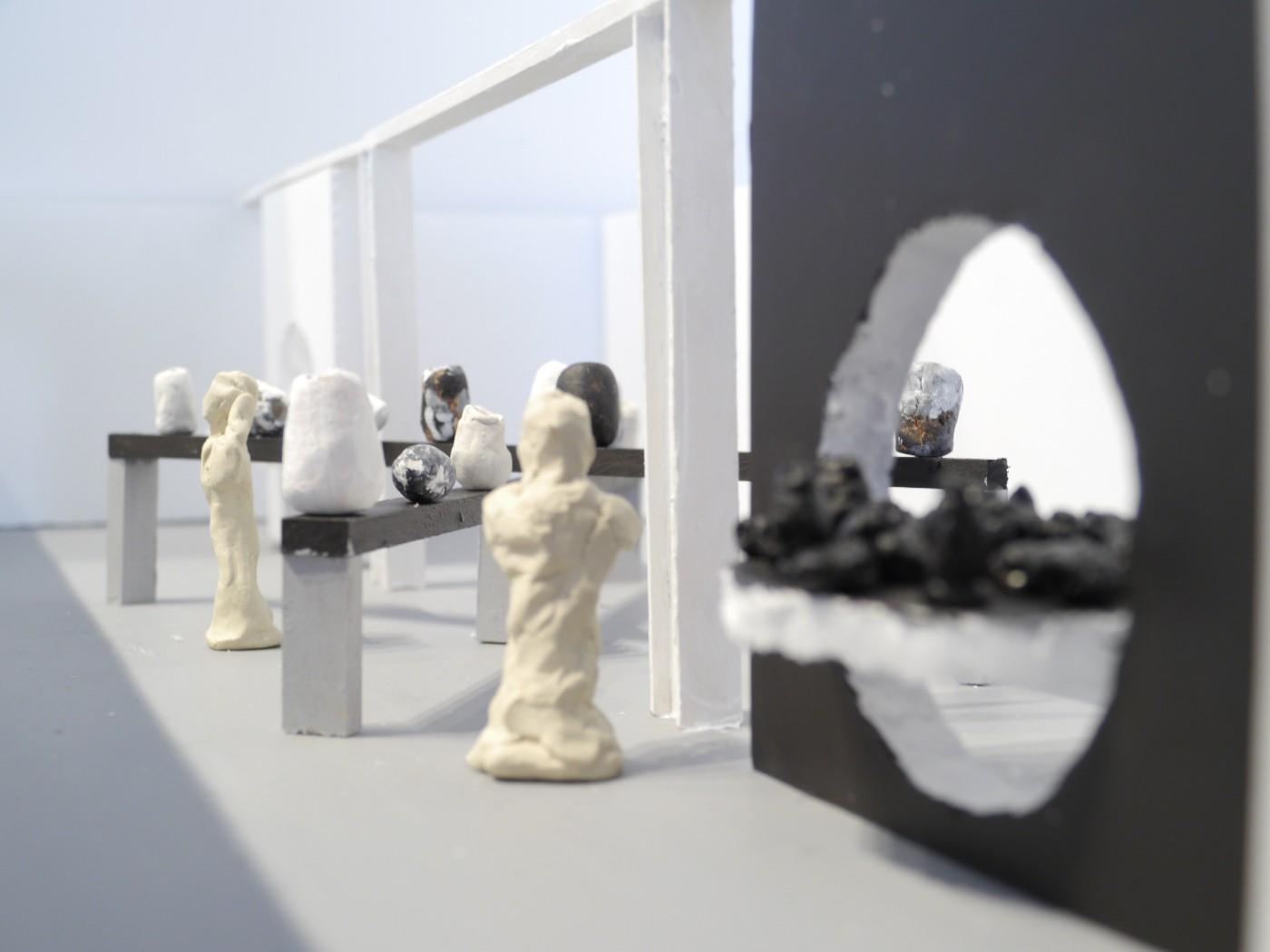 New York, NY – Friedman Benda will present the largest gallery exhibition to date of work by Los Angeles artist Adam Silverman. Widely admired for his sculptural vessels, which feature richly textured glazes, Silverman is among the most dynamic practitioners in the ceramic discipline today. Yet his sources of inspiration range far beyond clay. Originally trained as an architect, he brings a powerful structural integrity to his work, and also draws on ideas from sculpture, painting, and choreography.ster of designers spanning six continents and multiple generations. 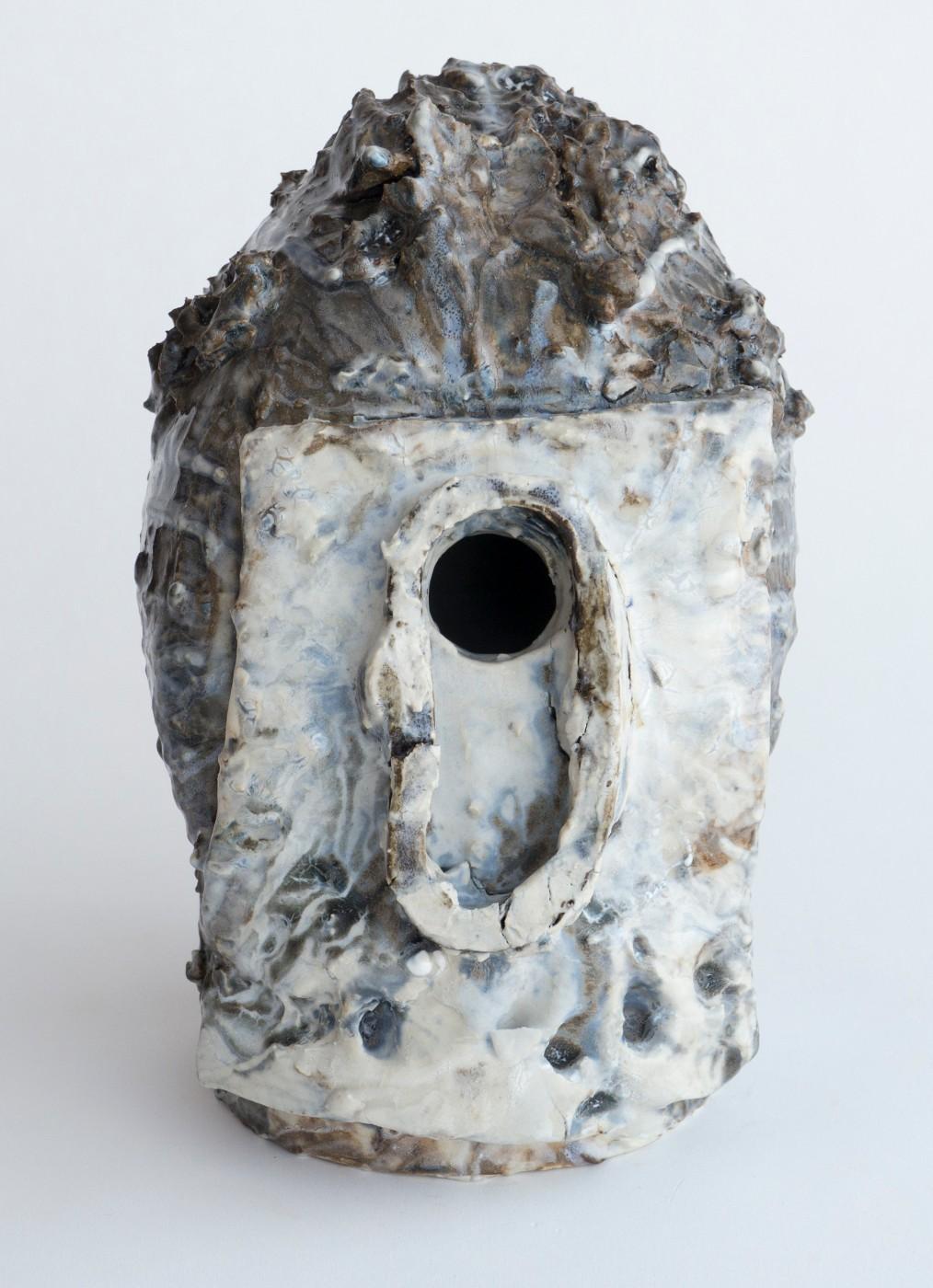 This cross-disciplinary approach informs Silverman’s exhibition, which features two site-specific arrangements. The title, Occupation, is a statement of ambitious purpose that encourages multiple contradictory interpretations. Silverman’s pots can be understood as soldiers claiming territory, something they quite literally do in this, his second show at the gallery. Alternatively, this body of work can also be seen as a vision of a radical domesticity, a model for inhabitation referring back to Silverman’s background in architecture. The term ‘occupation’ may be read more literally, simply denoting the way that objects take up space and hold it.

Like performers on a stage, these pots assert a charismatic presence. Two multi-piece groupings, one black and one white, bring to mind contrasting troupes of dancers. This association is enhanced by the form of the pots. Though built from the standard units of functional pottery – ovoid bodies, thrown rims and feet – these elements are repositioned so as to suggest varied anthropomorphic poses. Indeed, Silverman refers to the pieces as “figures.” Within each installation, the configurations of the pots are “calculated and improvisational,” Silverman notes, much like the compositions of modern choreographers like Merce Cunningham. Additional nuance is achieved with sgraffito etched into the pot surfaces, and applied clay elements that suggest bodily costumes, armor or appendages. 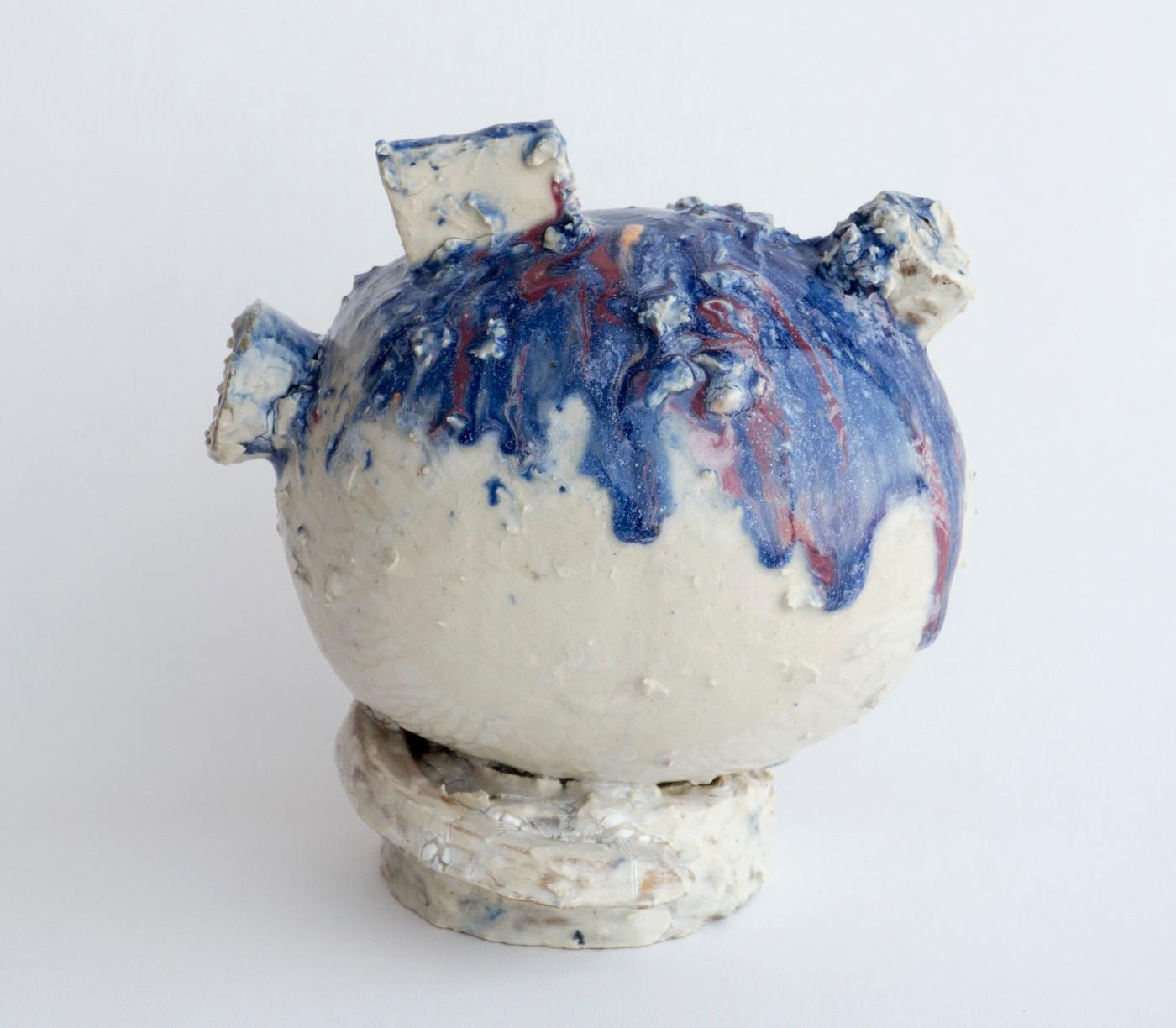 Each of the two installations is set out on a table-like slab, contained within a punctured wall – an image of rotation and disruption. They derive much of their effect from negative space: the voids within the pots, the several apertures in their walls, the spaces between them, all contained within the larger architectural hollow. This gesture of cutting and folding, literally a “flip flop,” inverts the usual priority between pot and environment. Modernist architects, notably Le Corbusier, often placed pots as accents in their interiors. In reshaping the gallery’s physical fabric to serve as a bespoke setting for his objects, Silverman boldly subverts this conventional hierarchy.

In addition to the two sculptural installations, each of which is a single work of art, Silverman will also present a number of independently conceived pots, set out on a X-form armature - a strong juxtaposition to the flanking circular groups, like a room sized tic-tac-toe, an image that again suggests a theme of opposition. The installation conveys the sense of a linear sequence, emphasizing the temporality and repetition that is intrinsic to ceramic art. This effect is enhanced by the complex surfaces of the pots themselves, which have been fired multiple times so as to achieve remarkable depth and complexity. Each one is an archive of its own creation.

About Adam Silverman Adam Silverman was born in 1963 in New York, NY and received a BFA and a Bachelors of Architecture from the Rhode Island School of Design in 1987 and 1988. He served as the Los Angeles studio director of Heath Ceramics from January 2009 to May 2014. Silverman’s work is included in the permanent collections of the Israel Museum, Jerusalem, Israel; Los Angeles County Museum of Art, Los Angeles, CA; the Museum of Contemporary Craft, Portland, OR; the Nasher Sculpture Center, Dallas, TX; Palm Springs Art Museum, Palm Springs, CA; Rhode Island School of Design Museum, Providence, RI; and Yale University Art Gallery, New Haven, CT.

About Friedman Benda Friedman Benda is dedicated to presenting established and emerging designers who create historically significant work and are at the forefront of their practice. Founded in 2007, the gallery’s exhibitions and publications have played a vital role in the development of the contemporary design market and education, and take a comprehensive approach to work that intersects the fields of design, craft and art. Friedman Benda represents an international roster of designers spanning six continents and multiple generations.