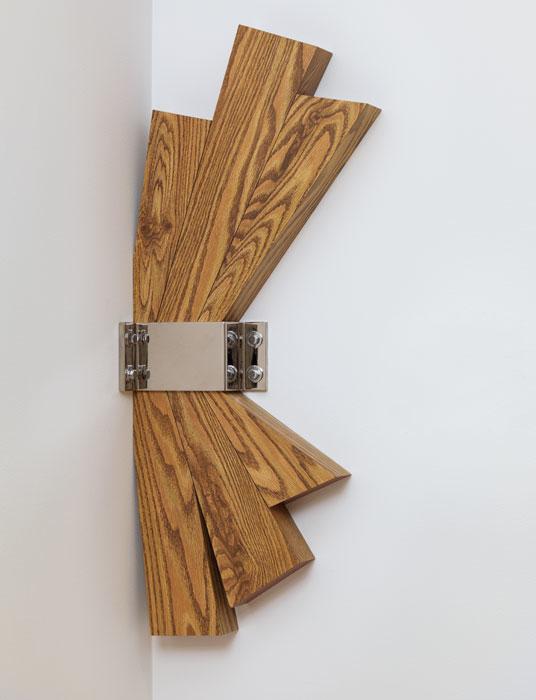 Gagosian is pleased to present “Close at Hand,” an exhibition of modern and contemporary sculpture.

Focusing on intimate gesture and free experimentation, “Close at Hand” reveals a breadth of formal, conceptual, and material approaches to sculpture, including assemblages, ceramics, and found objects. The exhibition presents varied embodiments of energy, motion and time—both material and immaterial—within the purview of the human body.

Formalist oppositions between art and object are played out in sculptures by Anthony Caro and Tony Smith. In Table Piece Z-82 ‘Clarinet’ (1982), Caro orchestrates rusted and varnished metal components into a greater abstract whole; while in Mistake (1963), Smith proposes a singular geometric form, which abandons representational clues in order to consider the classic minimalist construct of spectacle and viewer.

Exploration of new materials can be seen in the making strange of common objects through a shift in their perceived properties. With Corner (1992), Richard Artschwager creates a cartoonish illusion that three planks of wood-patterned Formica, cinched tightly with a metal bracket, are exploding from a corner of the room. Rachel Whiteread’s Untitled (On / Off) (2001) a cast light-switch bank in stainless steel, further blurs the line between reality and representation; while Tatiana Trouvé’s Equivalences (2014), bronze cast refuse such as water bottles, cans, and scraps of cardboard are suspended in perfect balance from thin wire cables.

Gestural aspects of the sculptural process are captured in the surfaces of works by John Chamberlain and Franz West. Or Lucio Fontana’s Concetto Spaziale Cratere (1968)—a hand-formed porcelain form with a jagged aperture that reveals the sculpture’s white interior, as if it has been shot through by one of Chris Burden’s Gold Bullets (2003), taxonomically arranged in two vitrines nearby.

Sculpture is also defined as process, as objects become the byproducts of lived experience, from Sterling Ruby’s roughly formed ceramic basins, heavy with glaze, and Shio Kusaka’s delicate stoneware; to Davide Balula’s Mimed Sculpture(2016), which describes iconic sculptures without any materials at all. As a human mime shapes the air suggestively above an empty plinth, the surrounding works in the exhibition seem to come alive, revealed to be the manifestations of each artist’s complex relationship to space, matter, and history.