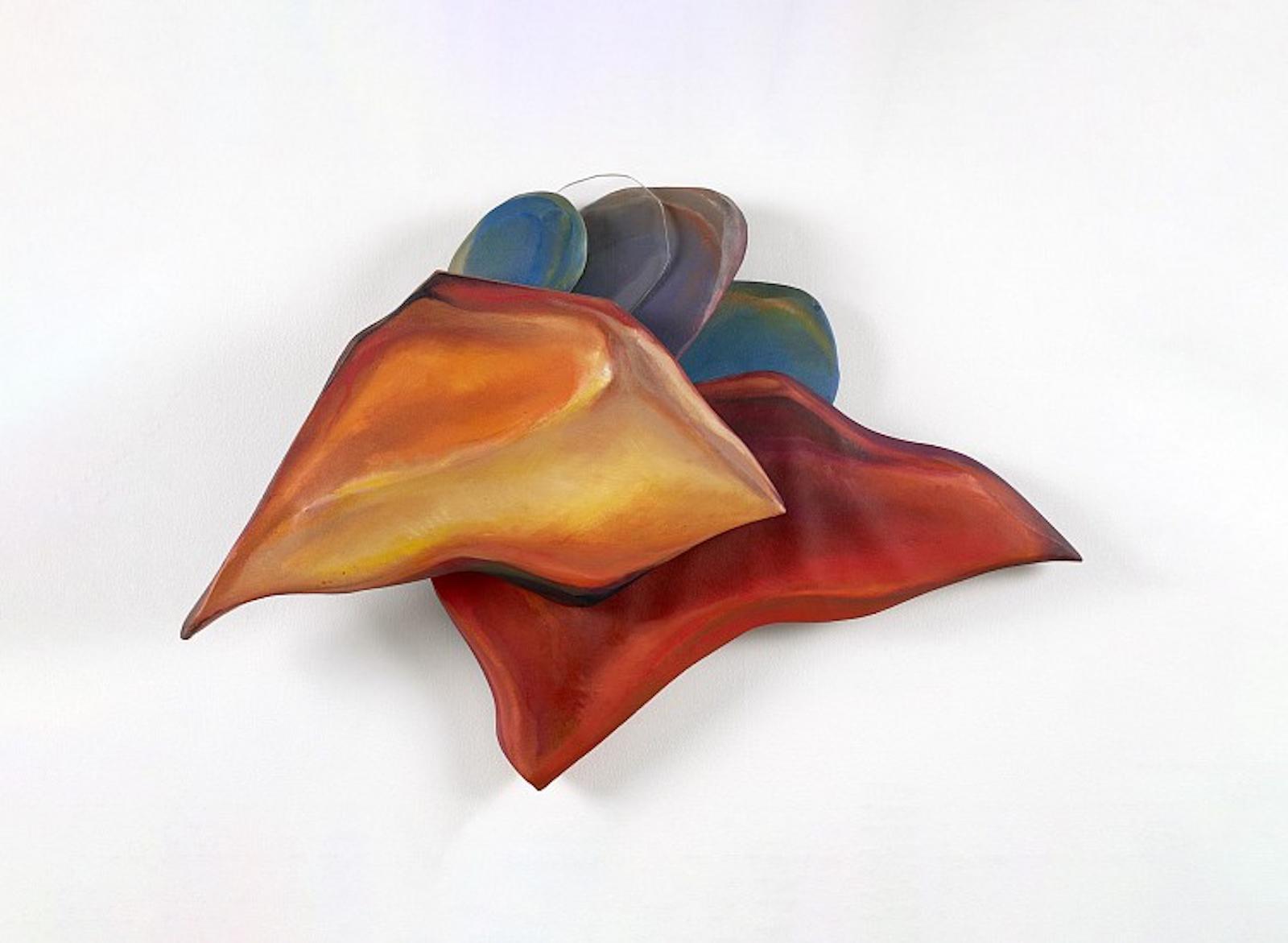 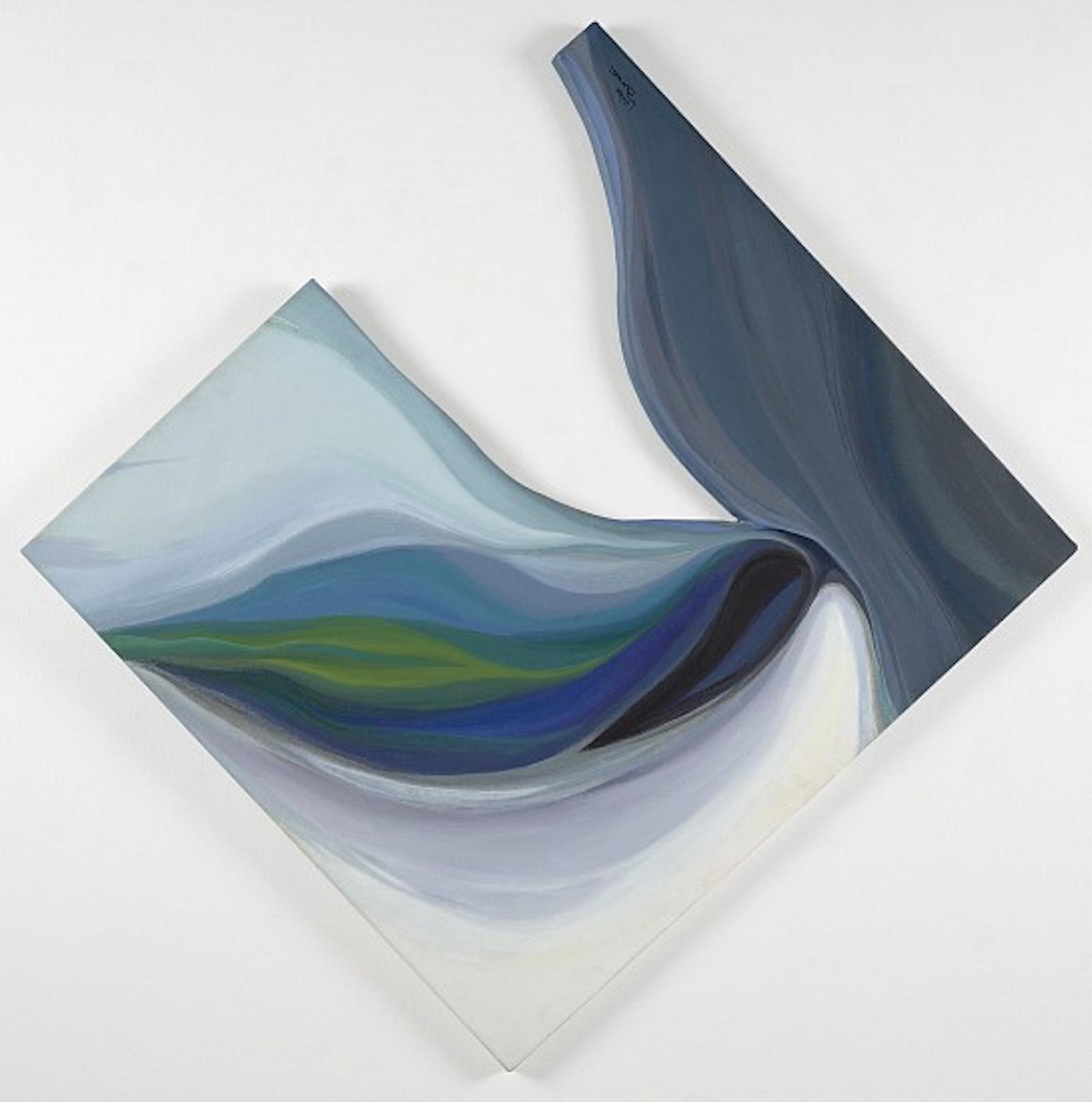 Lilian Thomas Burwell: Soaring opens at Berry Campbell, New York April 22 and continues through May 28, 2021. The exhibition is accompanied by a twenty-page exhibition catalog with an essay by Melissa Messina. On the occasion of the exhibition, Berry Campbell will digitally screen the documentary, Kindred Spirits: Artists Hilda Wilkinson Brown and Lilian Thomas Burwell, on Wednesday, April 28, 2021, 4 pm - 10 pm and May 8, 2021, 1 - 5 pm. For more information, please contact the gallery at info@berrycampbell.com or 212.924.2178. 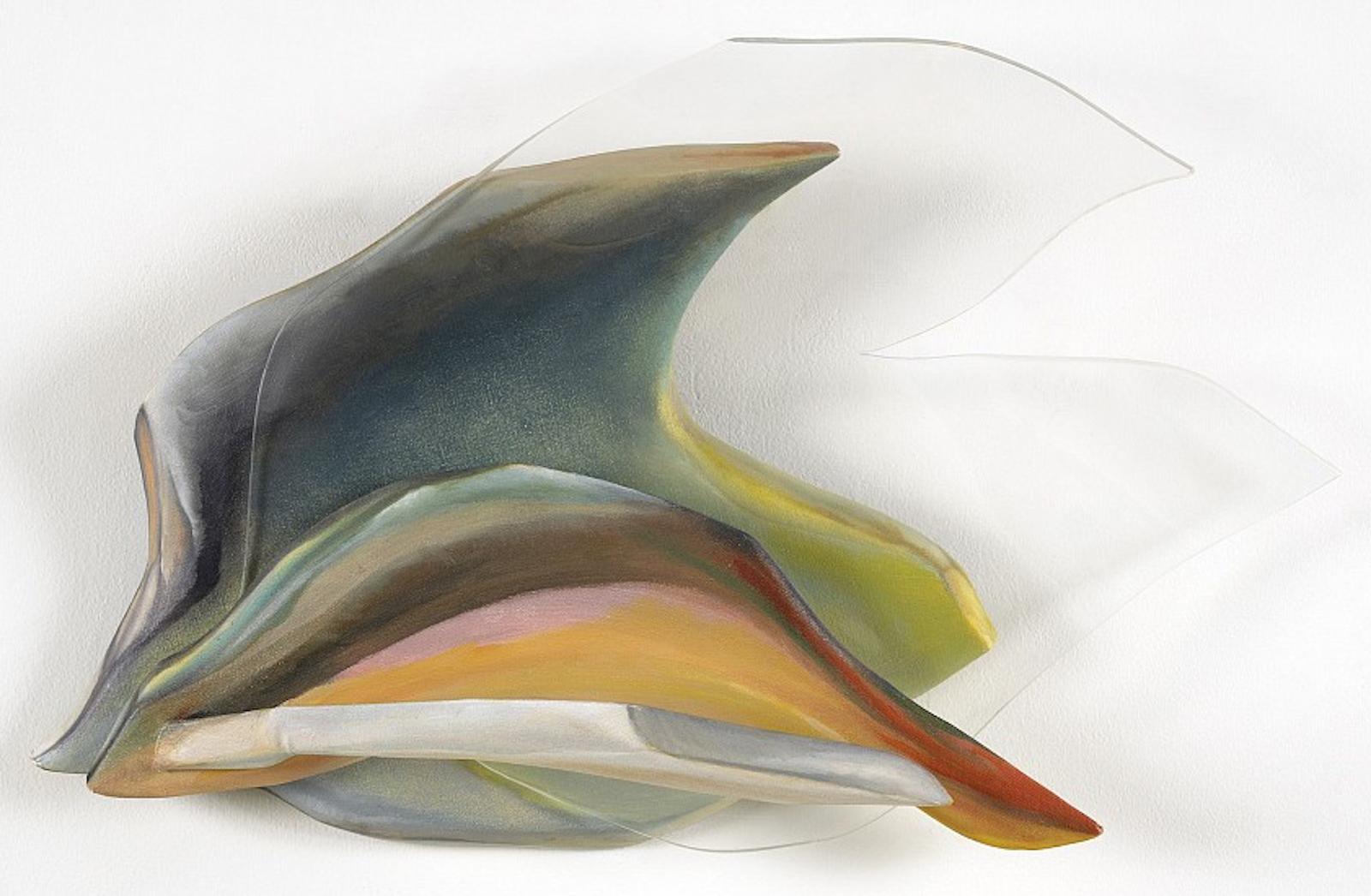 Lilian Thomas Burwell was born in 1927 in Washington, D.C., and attended Pratt Institute, where she also did her practice teaching. She earned an MFA from Catholic University in 1975. As a master teacher of art in the public schools of Washington, D.C., she designed the pre-secondary school art curriculum before becoming a member of the visual arts faculty at Duke Ellington School of the Arts. She served as board member of the Smithsonian Institution Renwick Alliance from 1989 to 1992, and the Arlington Arts Centers from 1984 to 1987. She was founding and curatorial director of the Alma Thomas Memorial Gallery and curatorial director of the Sumner Museum and Archives in Washington, D.C., from 1981 to 1984. Her published writings include From Painting to Painting as Sculpture: The Journey of Lilian Thomas Burwell (1997) and A Dichotomy of Passion: The Two Masters (2008). Her works are in the collections of the David C. Driskell Center for the Study of the Visual Arts and Culture of African Americans and the African Diaspora at the University of Maryland; Hampton University Museum; the Phillips Collection; and many others. Her work was included in Magnetic Fields: Expanding American Abstraction, 1960s to Today, an intergenerational exhibition highlighting twenty-one Black female abstract practitioners that traveled from Kemper Museum of Contemporary Art in Kansas City to The National Museum of Women in the Arts, Washington, D.C. and the Museum of Fine Arts, St. Petersburg, Florida in 2017 and 2018. Her life and art, as well as that of her aunt, is the subject of the recent documentary Kindred Spirits: Artists Hilda Wilkinson Brown and Lilian Thomas Burwell, which was an official selection at the San Antonio Black International Film Festival, the Martha’s Vineyard African American Film Festival, and the D.C. Black Film Festival in 2020. Burwell lives and works in Highland Beach, Maryland.

Melissa Messina is an Independent Curator, Curatorial Advisor, and Curator of the Mildred Thompson Estate. For over fifteen years, her exhibitions, site-responsive projects, and public programs have been presented in cultural institutions throughout the United States and abroad. She was recently the co-curator of Mildred Thompson, The Atlanta Years, 1986-2003 at Spelman College Museum of Fine Art, Atlanta, Georgia (2019), and Mildred Thompson: Against the Grain, at the New Orleans Museum of Art, Louisiana (2018). In 2017, Messina co-curated Magnetic Fields, Expanding American Abstraction, 1960s to Today, an intergenerational exhibition celebrating abstraction by twenty-one Black female artists – including Lilian Burwell – that toured from Kemper Museum of Contemporary Art in Kansas City to the National Museum of Women in the Arts, Washington, D.C. She was formerly the Interim Executive Director and Senior Curator of the SCAD Museum of Art, Savannah, Georgia; the National Program Director for ArtTable, New York; and a founding staff member and then guest curator at the Elizabeth A. Sackler Center for Feminist Art at the Brooklyn Museum. Her research on Black female abstract practitioners has been funded by Creative Time | Warhol Foundation, the Stuart A. Rose Library at Emory University, and the Crystal Bridges Museum of American Art, Bentonville, Arkansas.

Christine Berry and Martha Campbell opened Berry Campbell Gallery in the heart of Chelsea on the ground floor in 2013. The gallery has a fine-tuned program representing artists of post-war American painting that have been overlooked or neglected, particularly women of Abstract Expressionism. Since its inception, the gallery has developed a strong emphasis in research to bring to light artists overlooked due to race, gender, or geography. This unique perspective has been increasingly recognized by curators, collectors, and the press. Recently, Roberta Smith reviewed Ida Kohlmeyer: Cloistered for the New York Times. This rare group of paintings from the artist’s estate had not been on view together since they were created in the late 1960s.

Berry and Campbell share a curatorial vision that continues with its contemporary program. Recently the Museum of Fine Arts, Houston acquired works by abstract painter, Jill Nathanson. Harry Cooper, senior curator and head of Modern art at the National Gallery of Art, Washington, D.C. chose a painting by Judith Godwin from the 1950s to hang in their Abstract Expressionist galleries. Works by Frank Wimberley were acquired by the Studio Museum in Harlem, New York and the Smithsonian Museum of American Art, Washington, D.C.

Berry Campbell has been included and reviewed in publications such as the Wall Street Journal, Artforum, Art & Antiques, The Brooklyn Rail, the Huffington Post, Hyperallergic, East Hampton Star, Artcritical, the New Criterion, the New York Times, Vogue, and Whitehot Magazine of Contemporary Art. Not only did the program expand, but in 2015, the gallery physically expanded, doubling its size to 2,000 sq feet. Furthering the ideals of the program, the gallery recently added the estates of Frederick J. Brown and Mary Dill Henry to its roster. Berry Campbell is located at 530 W 24th Street in the heart of Chelsea, New York, on the ground floor. The gallery is open to the public Tuesday through Saturday, 10:00 am to 6:00 pm or by appointment.