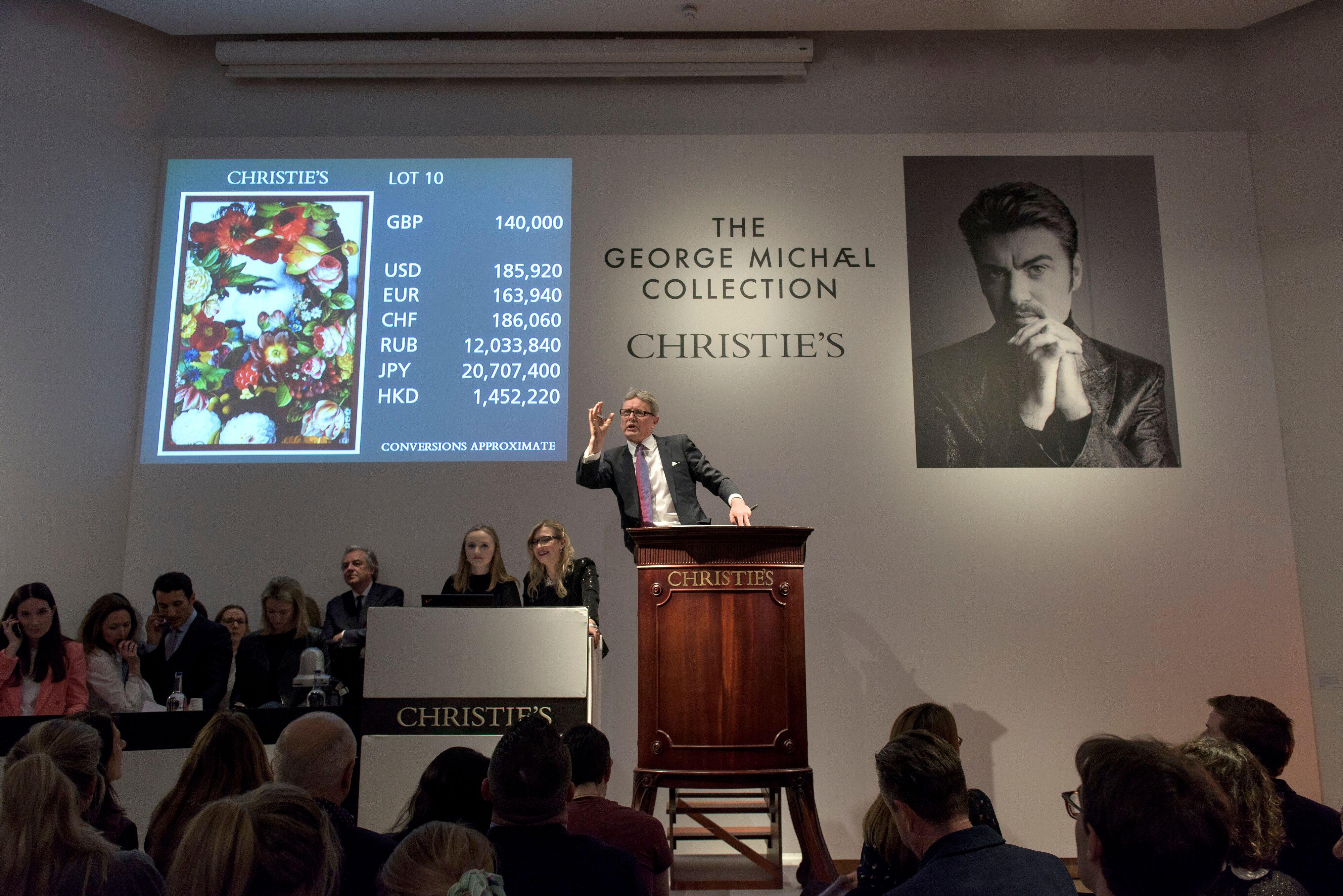 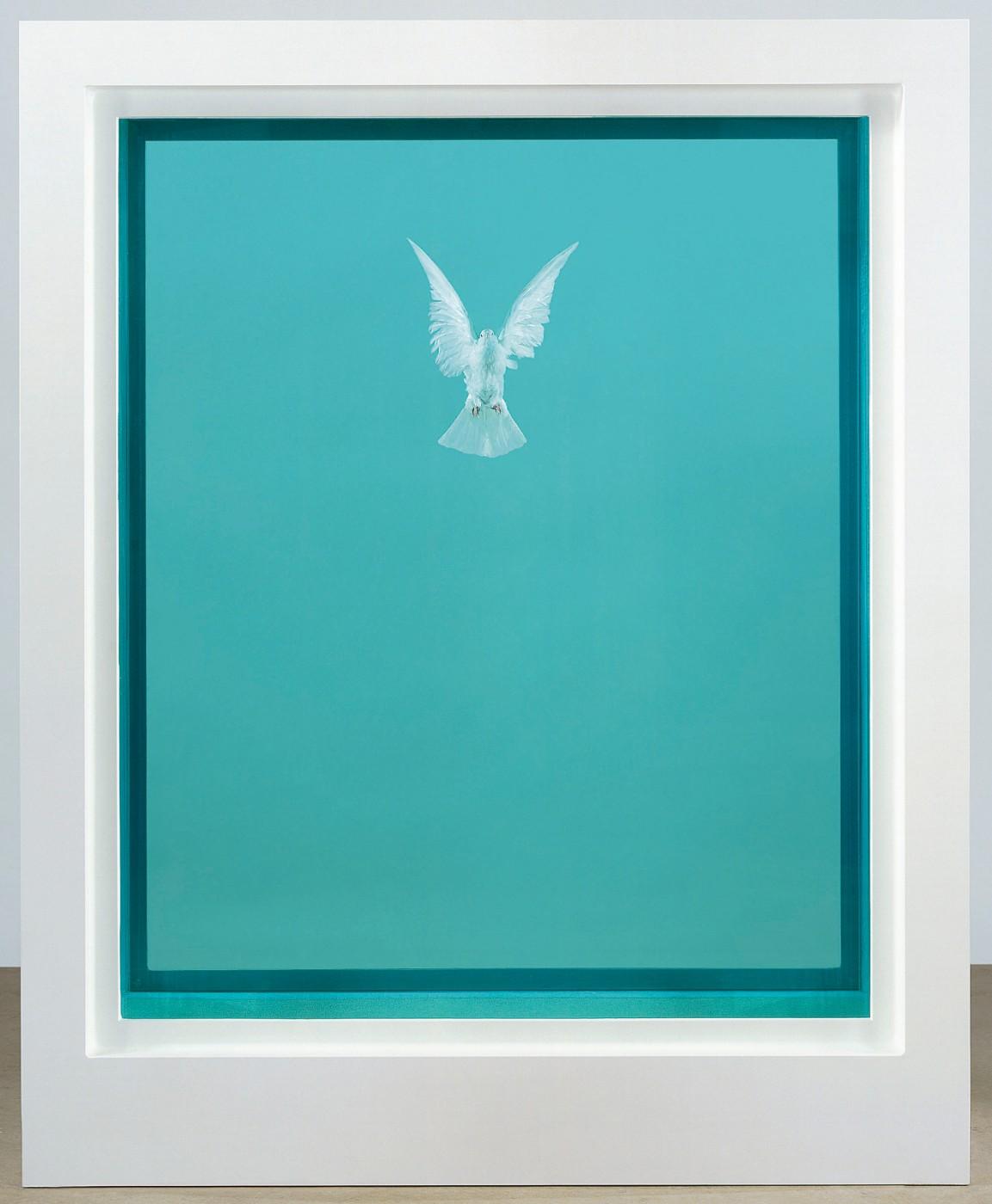 Damien Hirst (b. 1965), The Incomplete Truthglass, 2006, painted aluminium, silicone, acrylic, stainless steel, dove and formaldehyde solution, this work is number two from an edition of three plus one artist’s proof and one Hors de Commerce. Price realized: $1,210,140

Having attracted over 12,000 visitors to the pre-sale exhibition, 24% of registrants to The George Michael Collection were new to Christie’s. The evening auction welcomed registered bidders from 27 countries across 5 continents, reflecting the global appeal of George Michael and the YBAs. The evening sale comprised 60 lots and was 100% sold, with competitive bidding in the saleroom in London and via simulcast from New York, in addition to online via Christie’s Live™. The standalone online sale continues until lunchtime on Friday 15th March, after which point the combined total realized will be announced.

Jussi Pylkkänen, Global President of Christie’s, and auctioneer for the night commented: “Tonight’s sale was another great moment for the London art market and particularly for so many YBA artists. We are delighted to have organized this landmark auction of The Collection of George Michael. An innovative collaboration with the Trustees of the George Michael Estate, we have witnessed significant footfall from fans and collectors alike to the exhibition.  To realize such a significant sum, with proceeds from the sale being used to continue George Michael’s philanthropic work, is what we’ve all been working towards.  We hope the charities who will ultimately benefit will be pleased with the outcome.”

Cristian Albu, Co-Head Post-War & Contemporary of Christie’s, added: “It has been an honor to have been entrusted with The George Michael Collection, a celebration of creativity and adventure, representing an extraordinary period in British culture.  We are thrilled to have achieved such a strong result with the evening sale, and with bidding still continuing online until lunchtime on Friday, we’re now looking forward to the overall total.” 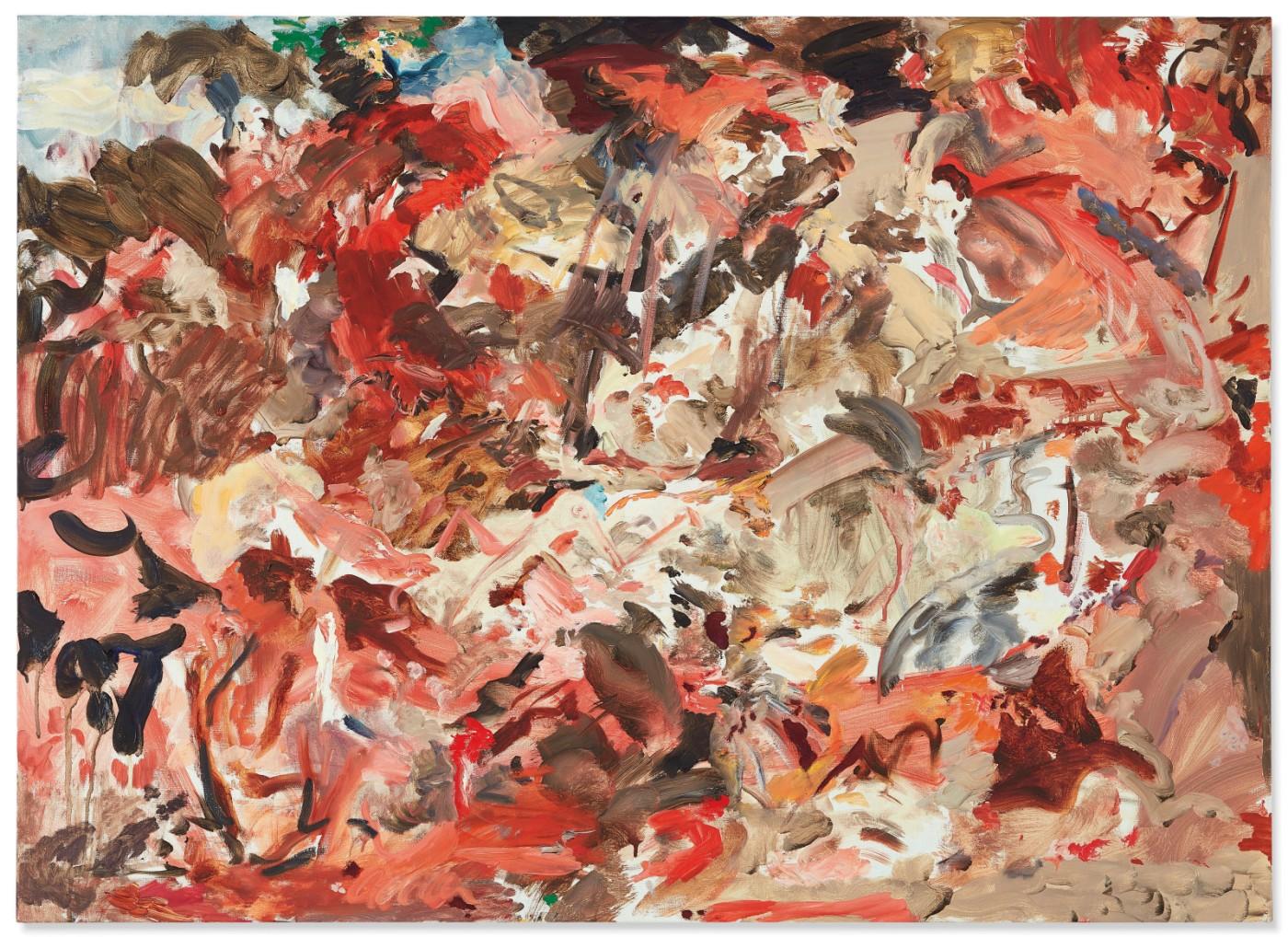 George Michael’s Trustees remarked: “Philanthropic work was hugely important for George during his lifetime and it was his wish that this work would continue after his passing. We are delighted with the outcome of the evening sale, raising £9,264,000 / $12,302,590 / €10,848,145.” 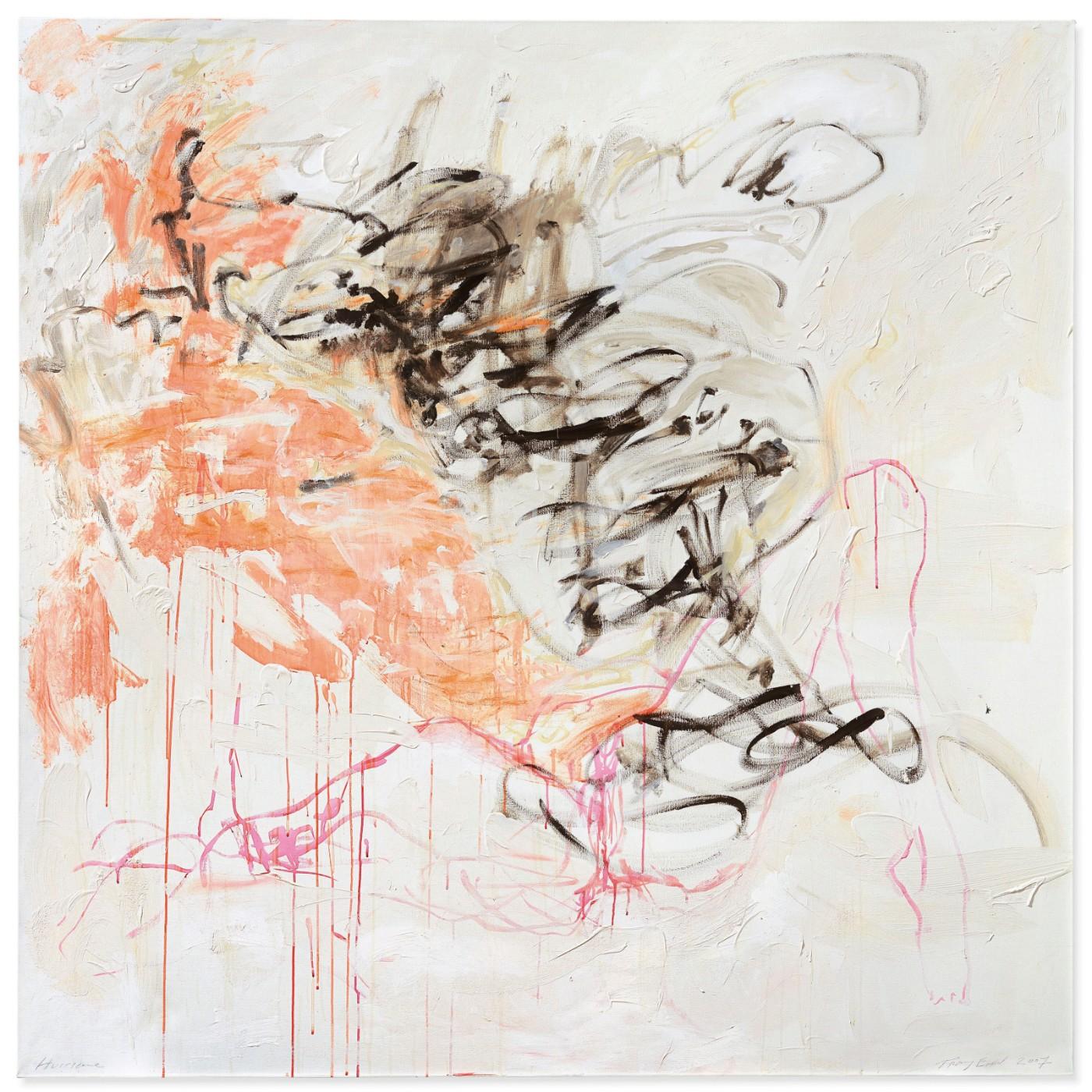 One of the most influential and best-selling recording artists of all time, George Michael’s private art collection represented a dialogue with his own British contemporaries, artists such as Damien Hirst, Tracey Emin, Sarah Lucas, Michael Craig-Martin, and Marc Quinn, who rose to prominence by challenging the status quo of the time, together creating the Young British Art movement.  Through visits to galleries and artists’ studios, he developed friendships with many of the YBA artists whose work he deeply admired.

Key works from The George Michael Collection were unveiled during the global highlights tour which began in New York, and continued on to Los Angeles, Hong Kong and Shanghai.  The complete collection has been on public view at Christie’s King Street, London from 9 March, with catalogues and limited-edition tote bags raising over £250,000 in additional proceeds to continue George Michael’s philanthropic works.