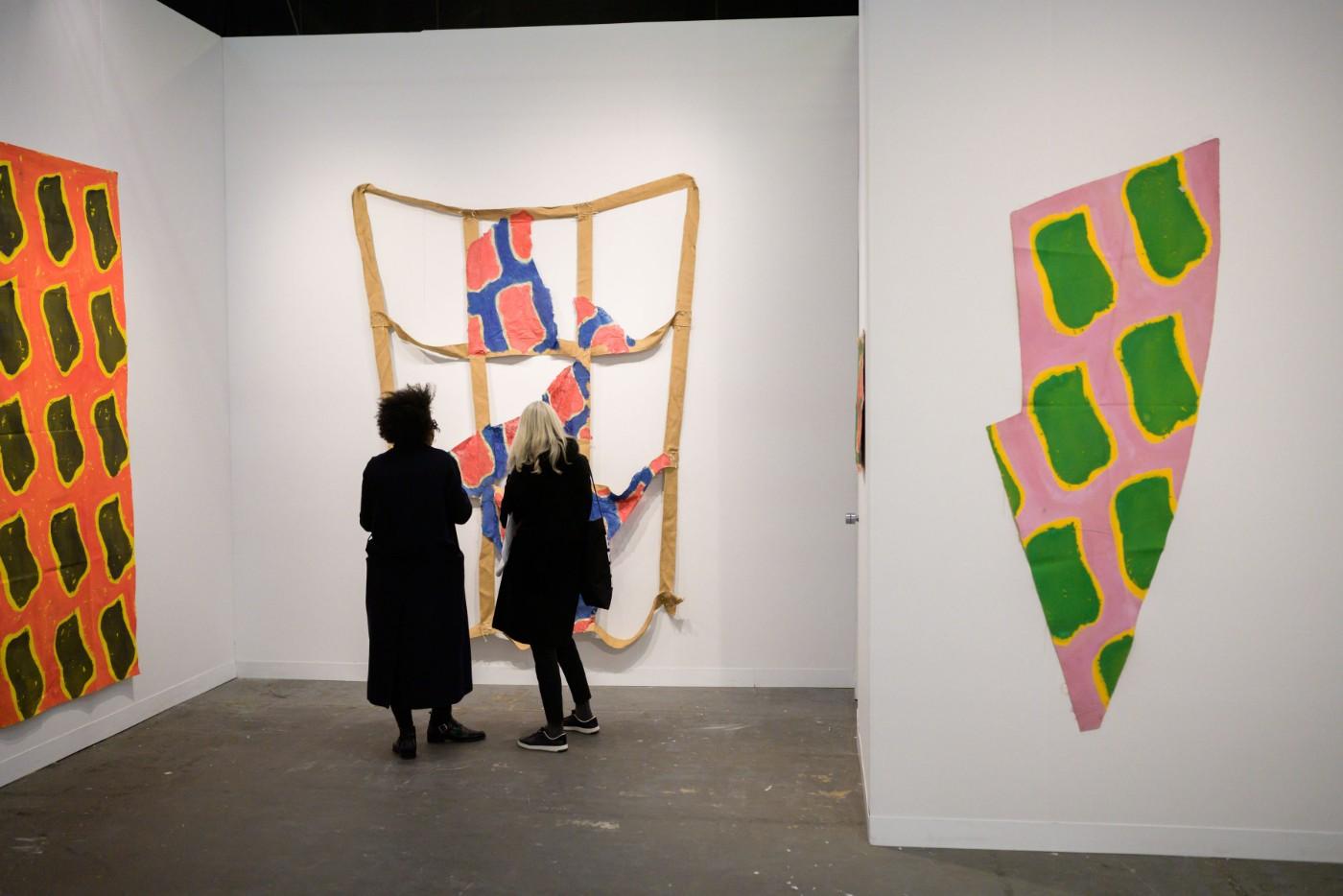 The Armory Show returns March 6-10, 2019 with 198 galleries from 33 countries, bringing together an unparalleled presentation of modern and contemporary art in central Manhattan. Staged at Piers 90, 92, and 94, the 2019 edition features a diverse breadth of compelling artworks—from new discoveries to historical masterpieces. The Armory Show, supported by Lead Partner Athena Art Finance, opens to the public March 7–10. 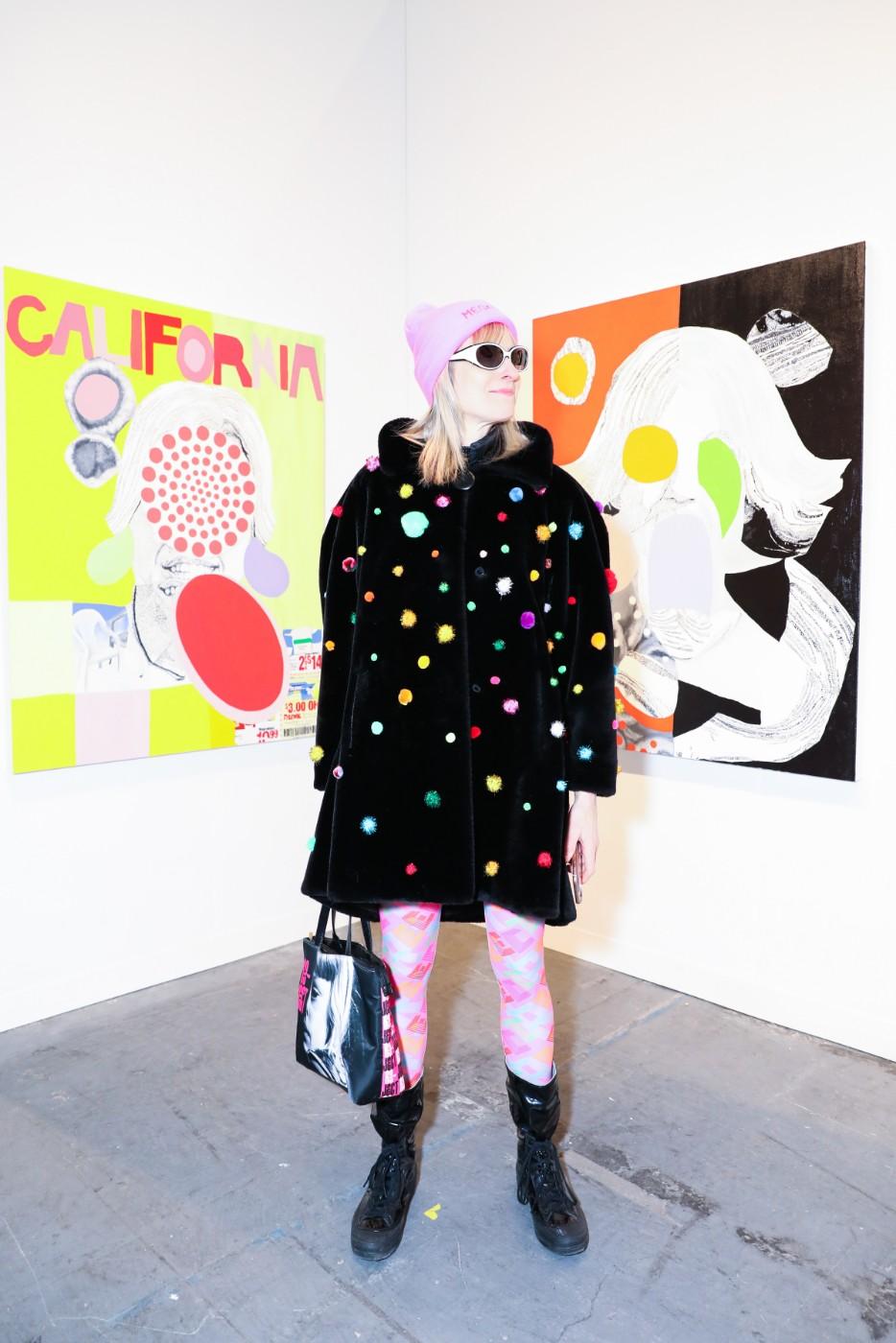 Galleries (Pier 94), the core section of The Armory Show, features outstanding 20th- and 21st-century artworks in a range of media, presented by 111 leading international galleries. 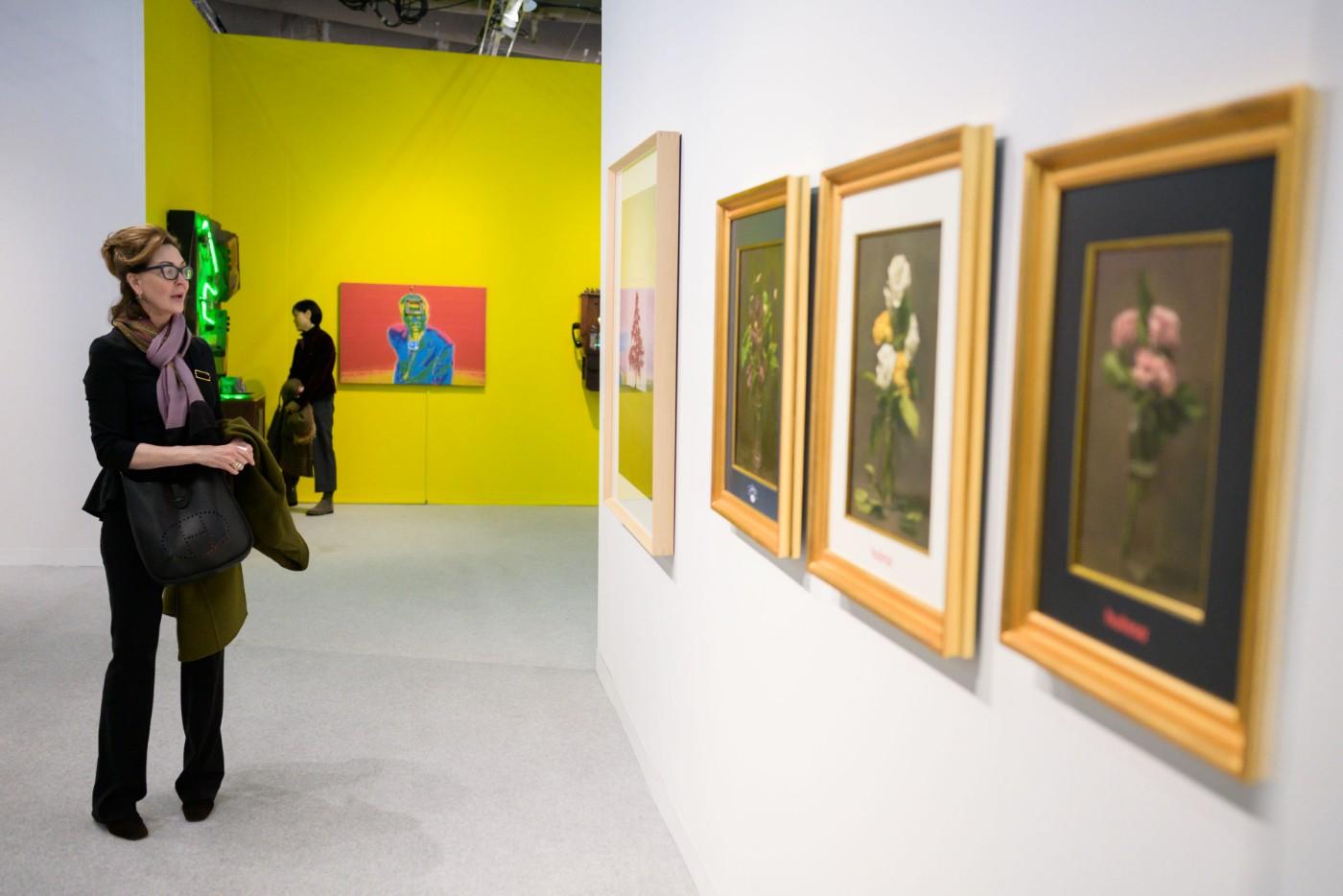 Insights (Pier 90), comprising 32 established galleries, emphasizes solo-, dual-artist, and thematic presentations of artworks made before the year 2000. Highlights will include canonical figures in modern and post-war art, in addition to overlooked discoveries from the 20th century.

Presents (Pier 94) is a platform for galleries no more than ten years old to showcase emerging talents through solo- and dual-artist presentations. Featuring 26 galleries, Presents offers an exciting array of artworks by some of today’s most promising emerging talents.

Focus (Pier 90), is organized by Lauren Haynes, Curator of Contemporary Art at Crystal Bridges Museum of American Art in Bentonville, Arkansas. Featuring 28 galleries, the presentations in this year’s Focus explore identity through figuration of both real and imagined forms.

Platform (Piers 90, 92, and 94), stages large-scale artworks, installations, and commissions curated this year by Sally Tallant, the recently appointed Executive Director of the Queens Museum. For its third edition, this year’s Platform section will take the 1939 New York World’s Fair as a point of departure. In 1939, on the brink of World War II, the New York World’s Fair looked to a hopeful future in the face of rising geopolitical uncertainty. Worlds of Tomorrow features works by Andreas Angelidakis, Siah Armajani, Tania Candiani, Ryan Gander, Iris Häussler, Xaviera Simmons, Jessica Stockholder, Super Taus, and Pascale Marthine Tayou, who will present a monumental new work in the Town Square on Pier 94. 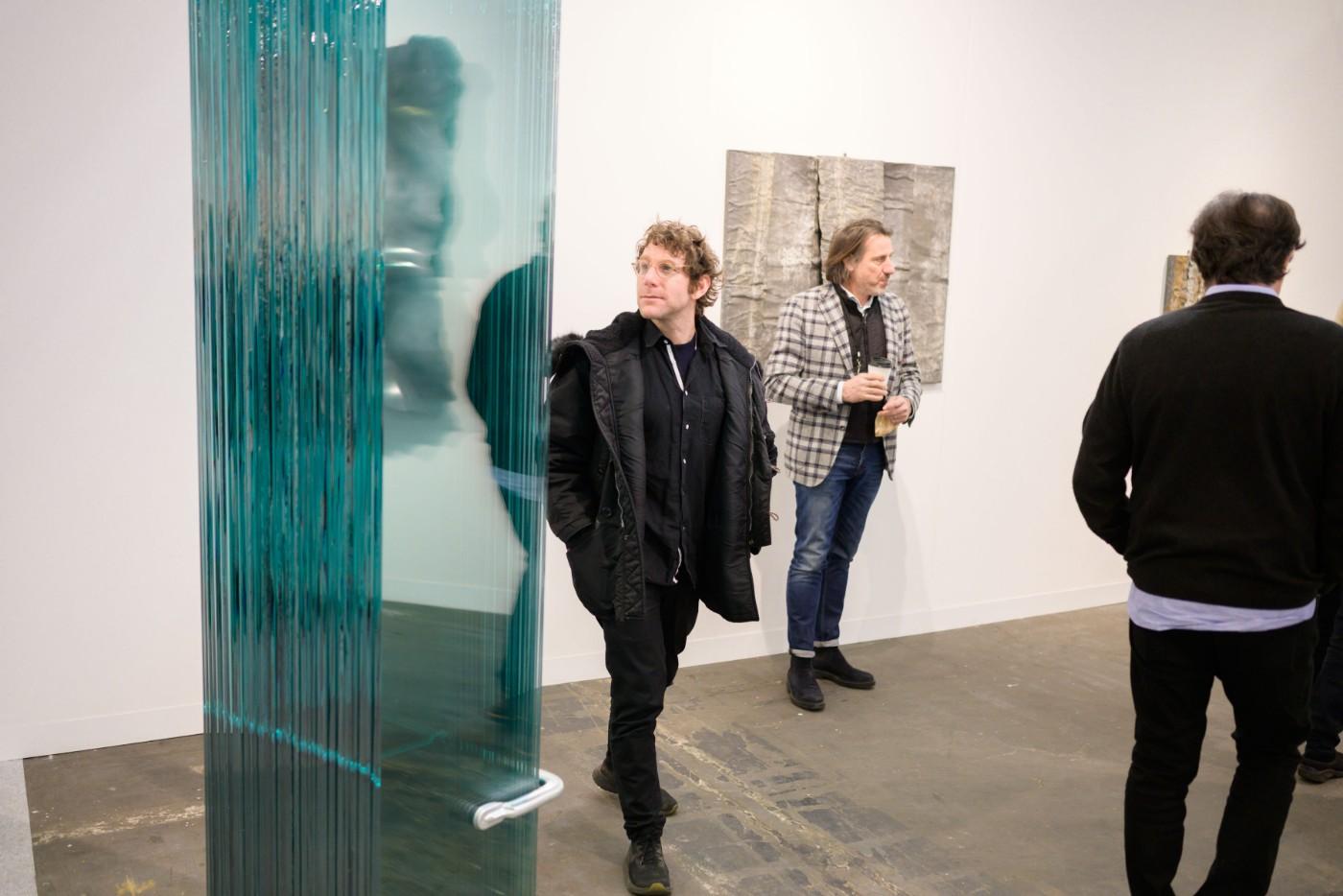 Pat Hearn Gallery and American Fine Arts, Co. Tribute, co-presented by Galerie Nagel Draxler and The Armory Show
The Armory Show celebrates the legacies of two of its co-founders, Pat Hearn and Colin de Land, with a special presentation of works by Mark Dion, Andrea Fraser, and Renée Green. As an homage to Hearn and de Land’s championing of neo-conceptualism, this commemorative presentation of Dion’s Lemonade Stand, Fraser’s Museum Highlights: A Gallery Talk (1989), May I Help You (1991) and Green’s The Pigskin Library (1990), will pay tribute to their visionary gallery programs. Situated next to the Gramercy International Prize-winning gallery on Pier 94, the booth provides historical context for fair visitors, celebrating the mission of their galleries, as well as highlighting the influence Hearn and de Land had on the New York and international art scenes.

Armory Live Talks
Armory Live celebrates the fair's anniversary with four days of dedicated talks featuring internationally renowned artists, curators, collectors, and art practitioners. This year Armory Live takes the fair’s 25th Anniversary as a point of departure to consider the significant developments in production, experience, criticism, and patronage in the arts over the last quarter-century. Highlights will include: ARTnews Editorin-Chief Sarah Douglas, writer Linda Yablonsky, and gallerist Mitchell Algus, will take stock of the great American culture wars, considering how notions of sexuality and provocation have changed over the last twenty-five years; Charlotte Burns, Executive Editor of In Other Words, writer Antwaun Sargent, artist Paul Anthony Smith, and Lauren Haynes, curator at Crystal Bridges Museum of American Art, will reflect on the methodologies currently being used to rewrite historical narratives, probing what aspects of the American identity remain unaddressed and overlooked; using the infamous 1993 Whitney Biennial as a starting point, writer and curator Christian Viveros-Fauné, Whitney Museum of American Art curator Elisabeth Sussman, critic Ben Davis, and artist Iman Issa, will debate what political art looks like today in a time of increasing connection, image-literacy, and social-collectivism; Sally Tallant, formerly Director of Liverpool Biennial, will lead a discussion on the shifting relevancy of biennials with artist Ryan Gander, Director of the Istanbul Biennial, Bige Örer, and Candice Hopkins, Senior Curator, Toronto Biennial of Art; and Artforum’s Senior Editor Jennifer Krasinski will sit down with and artist Carroll Dunham and writers Rhonda Lieberman and Tobi Haslett, to address how the relationship between artist and critic has evolved over time. 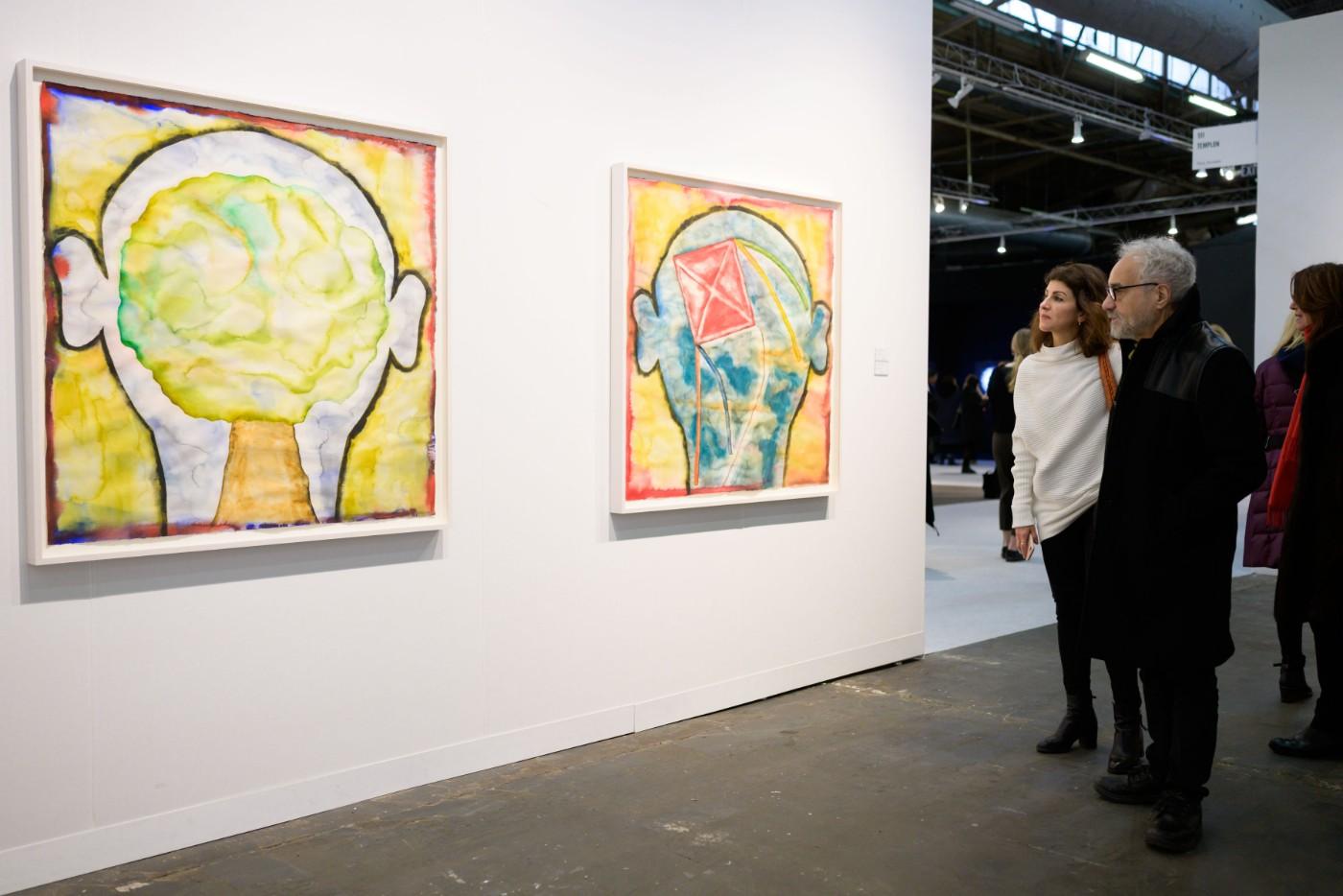 Leo Villareal’s Sky Ceiling
The Armory Show, in partnership with Pace Gallery, will present Star Ceiling (2019), a 75-foot-long, immersive LED work by New York-based light artist Leo Villareal, installed in the passageway connecting Pier 94 to Pier 92, where VIP and public lounges are housed. Star Ceiling, which was created especially for The Armory Show, will be the largest digital-media work presented at the fair in its 25-year history.

New Prizes
The Armory Show 2019 will present two new prizes from partners Pommery Champagne and Étant donnés. The Pommery Prize will recognize an exceptional presentation within the Platform section of the fair with a $20,000 prize. Étant donnés Contemporary Art will award the Étant donnés Prize of $10,000 to one living artist of French nationality, or France-based, who is featured at The Armory Show. For the third consecutive year, Athena will present the annual Presents Booth Prize, a $10,000 prize that recognizes an outstanding and innovative presentation within the Presents section of the fair.