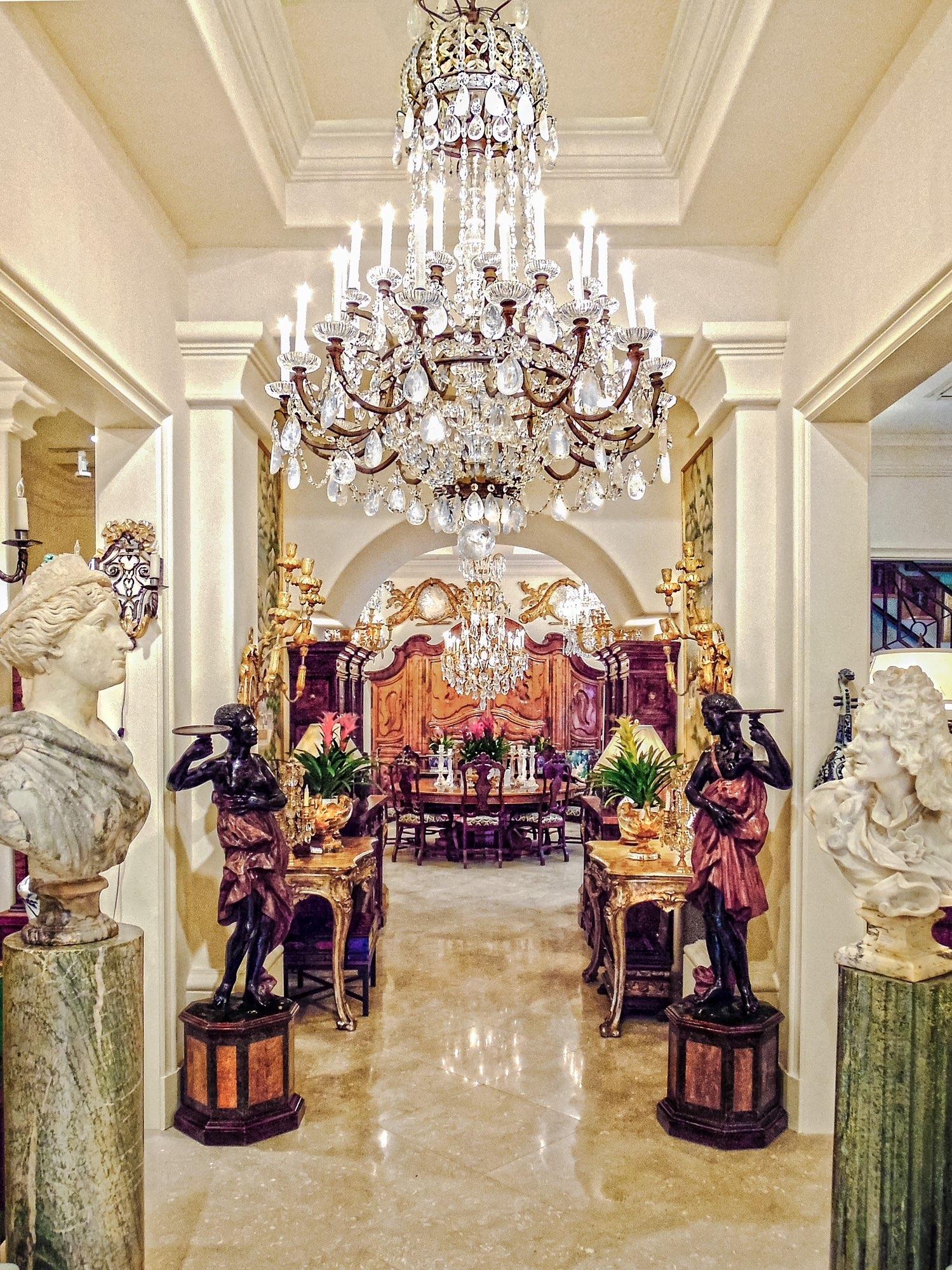 An overall shot of some of the various items Andrew Jones Auctions will be selling on Oct. 24th. John Nelson Antiques, La Cienega Boulevard, Los Angeles.

DOWNTOWN LOS ANGELES, CA — Andrew Jones Auctions will present the first in a series of special auction events on October 24 for “The John Nelson Collection.” This string of sales will be a celebration of the unerring eye of John Nelson, a man considered by many to be a design and antiques institution for over fifty years—as well as the man behind the eponymous John Nelson Antiques on La Cienega Blvd in Los Angeles. Nelson passed away earlier this year.

The John Nelson Collection auction event on October 24 will be online only and begin at 10 AM. Interested parties can contact Andrew Jones Auctions. By appointment previews will be held on October 21, 22, and 23.

The John Nelson Collection being presented by Andrew Jones Auctions on October 24, features Chinese porcelain, paintings, French decorative arts, sculpture, antiquities, Grand Tour objects, and furniture from all over Europe. Of course, mirrors and chandeliers, two of John Nelson’s passions, will also be included within the collection.

The kickoff John Nelson Collection auction on Oct. 24 will include a magnificent pair of Italian carved marble life-size dogs ($20,000 - $30,000) to greet clients at the front door during the preview. These dogs will be guarding over a treasure trove of art and antiques including a monumental pair of Irish George II giltwood mirrors, formerly in the Collection of William Keck ($10,000-15,000). 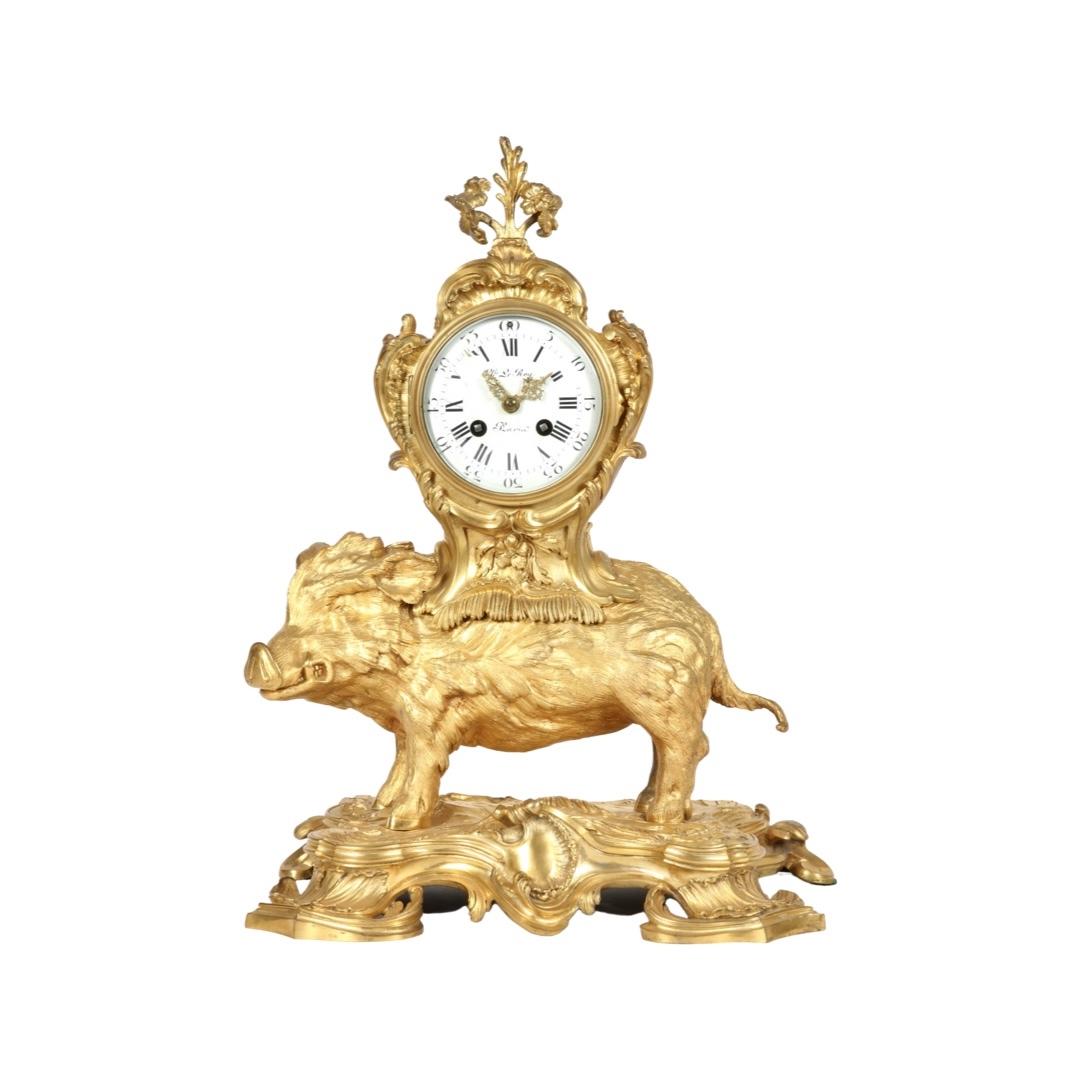 Fine art included within the collection will be led by a captivating scene of the preparation of Noah’s Ark, featuring a menagerie of camels, lions, monkeys, peacocks, and other exotic beasts in the manner of Jakob Bogdani (1658-1724) ($3,000-5,000).

“As a personal friend of John’s, it is an absolute honor for us to have been entrusted with this sale - I only wish it was not happening for many more years,” said Andrew Jones. “I will certainly miss John sitting at the back of the auction room on sale days, bidding passionately, and enjoying the cut and thrust of battling it out with other bidders, all whilst giving the auctioneer a bit of banter!”

The Management of John Nelson Antiques adds, “While the choice of an auction house to handle John’s estate was an extremely important one, it was also a relatively easy one. John Nelson Antiques has worked with Andrew Jones for nearly twenty years. His professionalism, knowledge, and attention to detail have been invaluable to our business. He has been both a trusted colleague and a good friend. Although we hoped the day would never come, we are delighted to be working with Andrew in bringing the nearly sixty years of John Nelson’s life’s work to the auction world.”

The grand finale of the series of auction events from Andrew Jones Auctions will be “The Private Collection of John Nelson”—that sale is slated for late 2022/early 2023.

John Nelson was born in Seattle, Washington, in 1937, into a first-generation Greek family. He was the youngest of eight boys with one younger sister. John’s father died when he was six-months-old leaving his mother, who barely spoke English, to raise nine children. In his youth, John worked several jobs to help the family. He was a newspaper boy, elevator operator, and grocery delivery boy at times. He eventually attended Menlo College in Atherton, CA, studying art history. While a student at Menlo College, John went with classmates on a trip to Europe. This would begin a lifetime of travel and art appreciation that saw him return to Europe over seventy times in the following sixty-five years.

Soon after his trip to Europe, John decided to strike out for Los Angeles. In Los Angeles, he worked as a bartender and a busboy before he started working for a used furniture store. During the same period, he met Robert Rounds and the two remained together as business partners and life partners for fifty years and five days until Robert’s death in 2007. John and Robert would drive to yard sales on the weekends, buy old furniture which Robert would restore, and then sell it on the side yard of the used furniture store John was working at. They saved the proceeds from these sales until they had enough money to travel to Paris and begin buying antiques.

In 1965, with a $5,000 loan from Bank of America, John and Robert started John Nelson Antiques. From its modest beginnings in the side yard of a used furniture store, John Nelson Antiques grew beyond their wildest imagination. For forty-five years, the duo traveled the globe buying antiques for the store and for their homes. The magical blend of business and pleasure gave them a life full of riches but more importantly full of friends and tales from around the world. Whether it was dinner parties in London with Princess Margaret or drinking with the waiters after hours at Café de Flore in Paris, John and Robert had a flair for enjoying life. John always stressed to his family “keep your eyes open and observe the world. There is so much to see, never stop looking”.

Andrew Jones Auctions is downtown Los Angeles’ only full-service fine art and antiques auction house, with an understanding of market trends and foresight for the 21st Century. The staff has a wealth of knowledge with worldwide experience, having worked for years at major international auction houses in America and Europe, sourcing property from across North America.