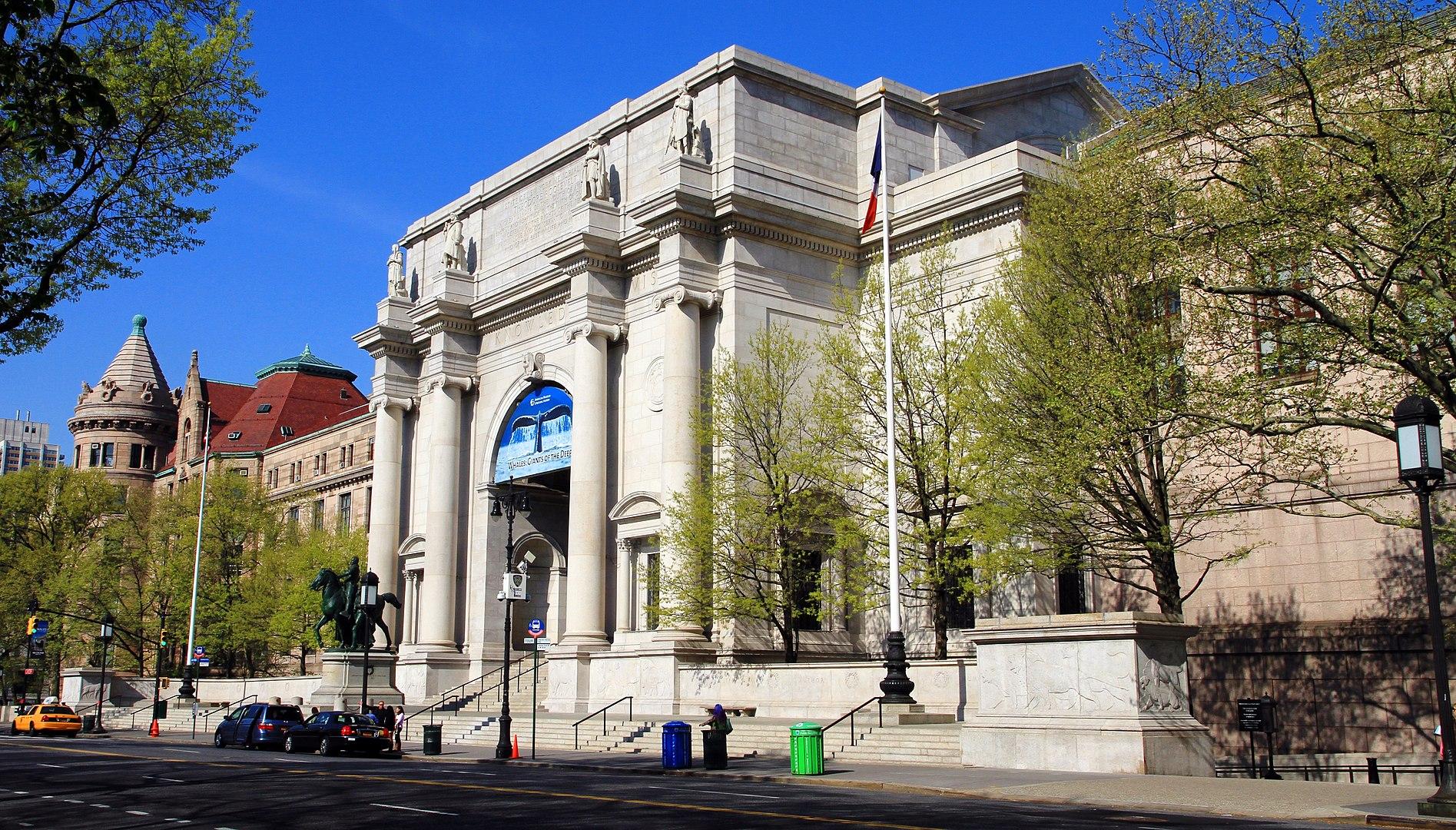 The American Museum of Natural History today announced in a memorandum to its staff (below) that it has requested that the Theodore Roosevelt Equestrian Statue, which sits on New York City public park land in front of the Museum’s Central Park West entrance, be moved. 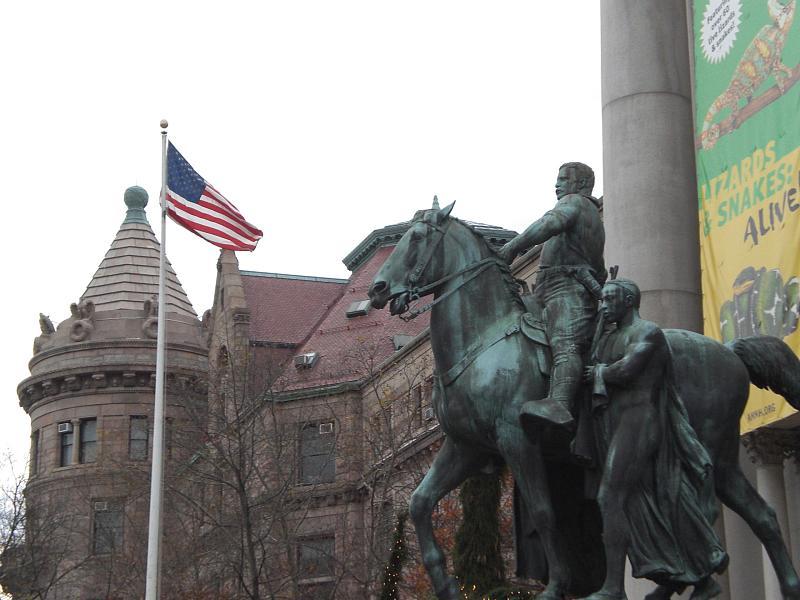 Ellen Futter, President of the American Museum of Natural History said:  “As we strive to advance our institution’s, our City’s, and our country’s passionate quest for racial justice, we believe that removing the Statue will be a symbol of progress and of our commitment to build and sustain an inclusive and equitable Museum community and broader society.”

Mayor Bill de Blasio said:  “The American Museum of Natural History has asked to remove the Theodore Roosevelt statue because it explicitly depicts Black and Indigenous people as subjugated and racially inferior. The City supports the Museum’s request. It is the right decision and the right time to remove this problematic statue.”

“Over the last few weeks, our Museum community has been profoundly moved by the ever-widening movement for racial justice that has emerged after the killing of George Floyd. We also have watched as the attention of the world and the country has increasingly turned to statues and monuments as powerful and hurtful symbols of systemic racism.

The Equestrian Statue that sits on New York City public park land in front of the Museum’s Central Park West entrance is part of the New York State memorial to Theodore Roosevelt, who served as Governor of New York State before becoming the 26th President of the United States. The Statue has long been controversial because of the hierarchical composition that places one figure on horseback and the others walking alongside, and many of us find its depictions of the Native American and African figures and their placement in the monument racist. 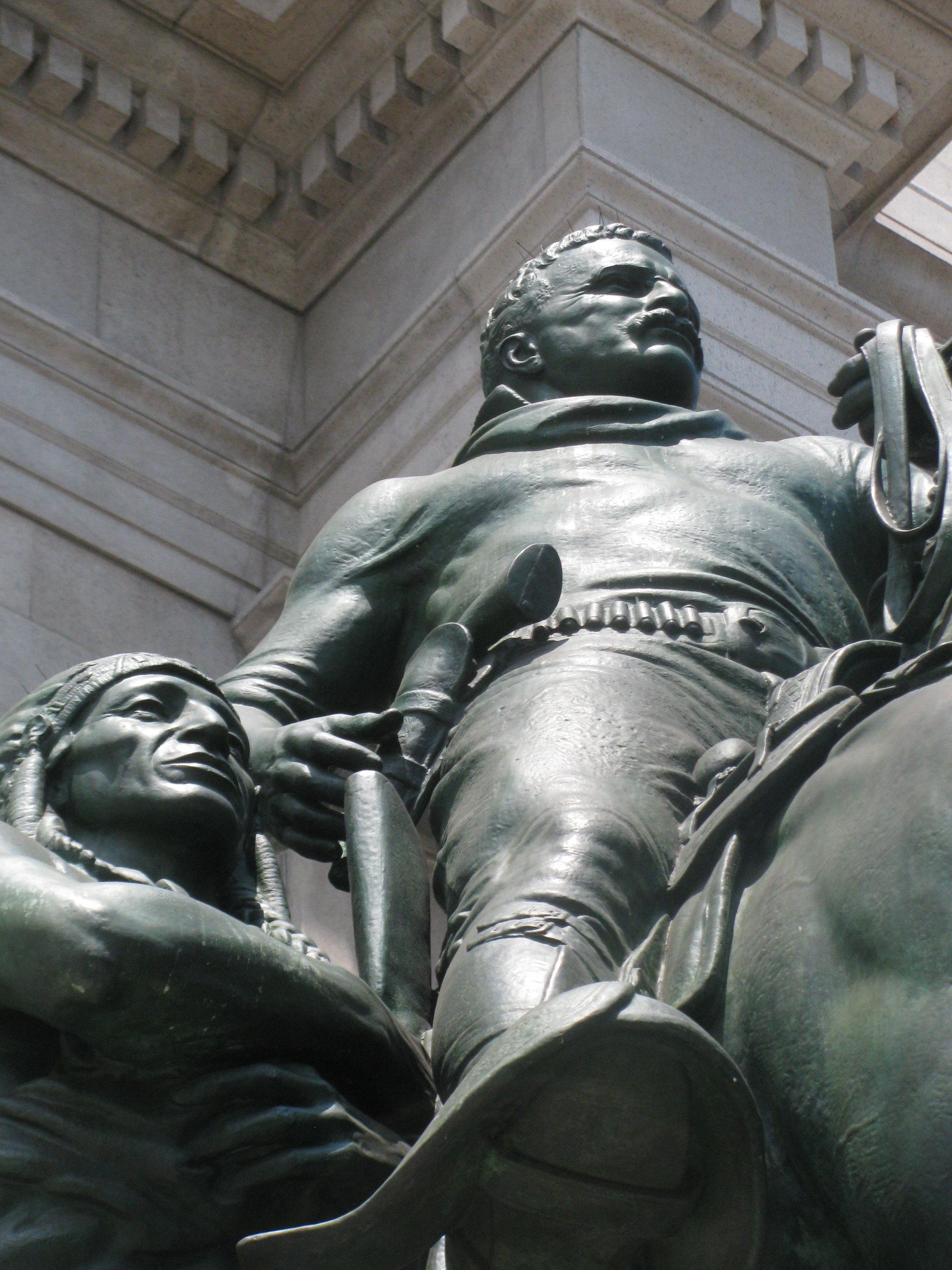 From 2017 to 2018, the Mayoral Advisory Commission on City Art, Monuments, and Markers considered whether to remove the Statue along with two other New York City monuments and one historical marker. The Commission did not reach consensus on the Statue, and the City directed that it should stay in place with additional interpretation and context to be provided by the Museum.

Last year, the Museum opened Addressing the Statue, an exhibition about the history of the Statue and contemporary reactions to it. We are proud of that work, which helped advance our and the public’s understanding of the Statue and its history and promoted dialogue about important issues of race and cultural representation, but in the current moment, it is abundantly clear that this approach is not sufficient.

While the Statue is owned by the City, the Museum recognizes the importance of taking a position at this time. We believe that the Statue should no longer remain and have requested that it be moved.

The Museum will remain the site of New York State’s official memorial to Theodore Roosevelt. The Roosevelt Family has a long association with the Museum, beginning with the President’s father and continuing with his great-grandson, Theodore Roosevelt IV, who serves as a Museum Trustee. And, in honor of Theodore Roosevelt’s role as a leading conservationist, the Museum’s Hall of Biodiversity will be named for him.

We recognize that more work is needed to better understand not only the Statue, but our own history. As we strive to advance our institution’s, our City’s, and our country’s passionate quest for racial justice, we believe that removing the Statue will be a symbol of progress and of our commitment to build and sustain an inclusive and equitable Museum community and broader society.”