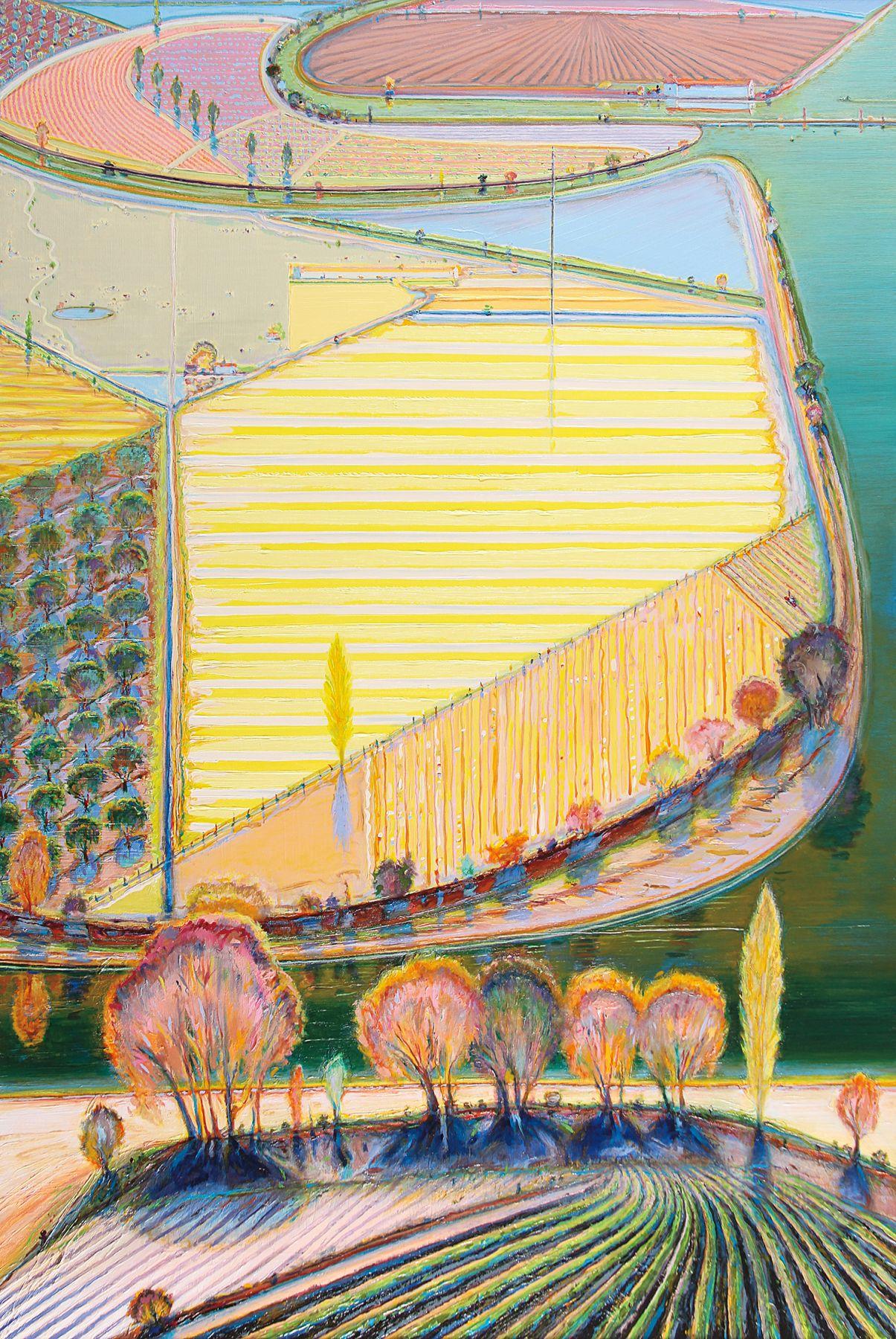 New York, NY –  Acquavella Galleries is pleased to present California Landscapes: Richard Diebenkorn | Wayne Thiebaud, featuring twenty landscapes by California painters Richard Diebenkorn and Wayne Thiebaud. The show will mark the first joint exhibition dedicated to landscapes by these leading postwar California painters – who were also close friends. Themes explored in the show will include their use of vibrant color, painterly texture, sense of light, and aerial perspective.

California Landscapes will include four important examples from Diebenkorn’s Berkeley series in addition to several works from the artist’s Ocean Park series. The Berkeley series, produced between 1953 and 1956, is marked by radiant color, strong compositions and gestural brushwork that maintain a sense of landscape through their abstract composition. In the mid-1960s, Diebenkorn began his seminal cycle of paintings and works on paper, the Ocean Park series. Inspired by the environs of the Ocean Park neighborhood in Santa Monica where he lived at this time, the works are characterized by geometric abstractions of subtle line and suffused with Californian luminosity.

Thiebaud began producing landscapes in the 1960s, employing his characteristic exaggerated palette and meticulous painterly technique while experimenting with perspective to capture his Californian surroundings. On view will be works from the early 1970s through 2017, including his dizzying and dramatic depictions of San Francisco, flattened aerial views of the Sacramento River Delta, and unusual close-up and cross section views of mountains and beaches.

A fully illustrated hardcover catalogue will accompany this exhibition and will include a critical essay by the distinguished curator and art historian John Yau. The book will also include an interview between gallery Director Philippe de Montebello and artist Wayne Thiebaud.

Andrew Wyeth’s Drawings of His Own Funeral
Two decades before he was interred beneath a stark tombstone, the artist Andrew Wyeth imagined his own funeral. In about fifty drawings from the early 90s known as the “Funeral Group,” he sketched family and friends gathered around a coffin containing his supine corpse.

A Brief Introduction to Aboriginal Art & Artists
Though Aboriginal art is only one of many Indigenous Australian art traditions, it is also one of the most recognizable art forms across the globe. Known for its bold patterns, vibrant colors, distinctive dot patterning, and strong symbolism, many experts believe it to be the oldest continuous art tradition.

The Lasting Impact of WWII Photography
The end of WWI left the world in a tense political situation that soon generated new ambitions and rivalries. In Europe, the feelings of humiliation, together with political and economic instability, propelled some countries, such as Italy and Germany, to political extremism.

Folk art reflects the stories of…

Evolving Perspectives on Quilts as Folk Art
A Brief Introduction to Aboriginal Art & Artists
Beyond Nasca Lines: The Compelling Mystery of Nasca Pottery