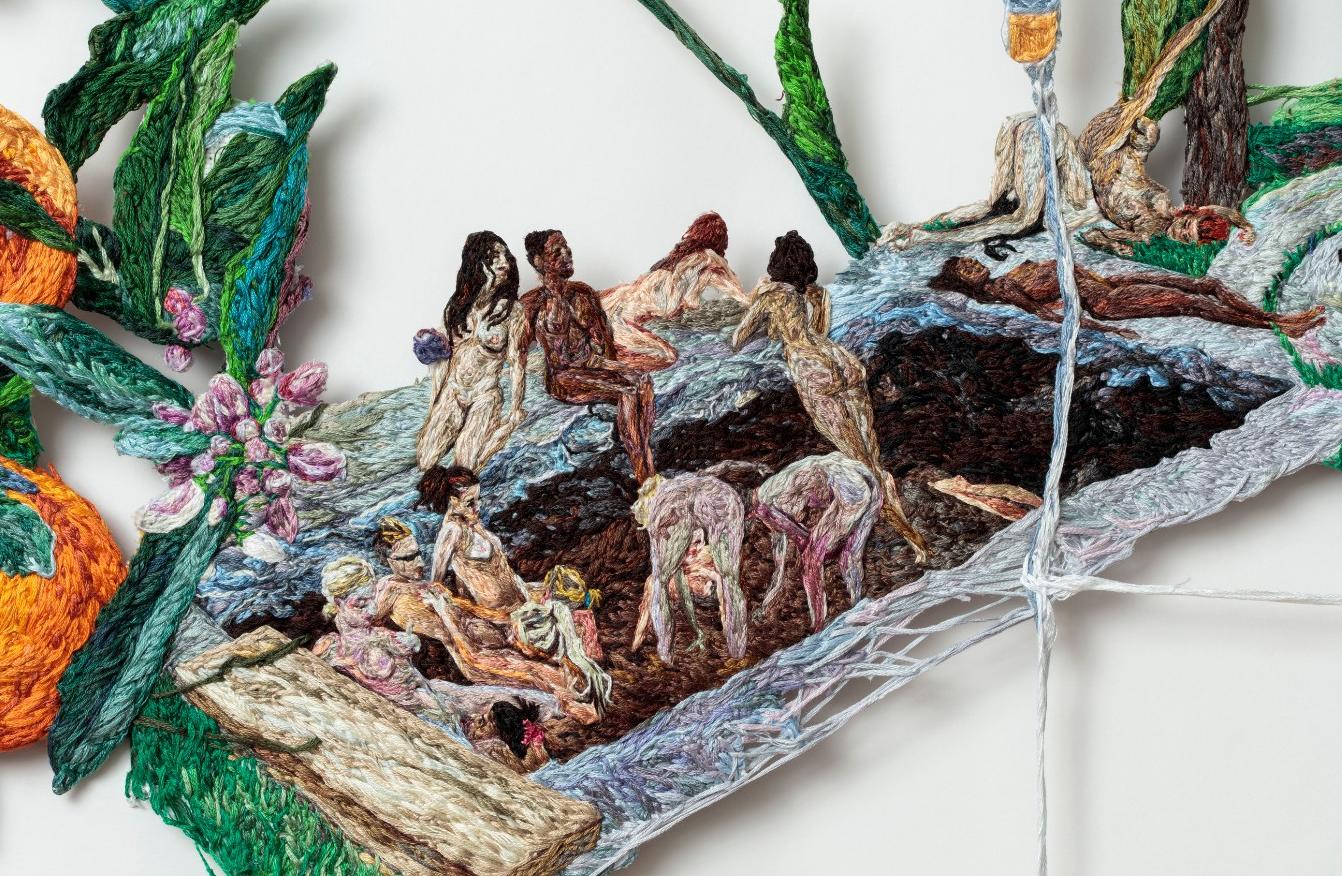 Paul Kasmin Gallery is opening a summer group show this week fit for the solstice. On June 21st, SEED debuts. As its title implies, themes of fertility, the body, sexuality, and the natural world abound. Curated by Yvonne Force, the 29 artists in the show work with variations of these themes in a range of media and styles. Force herself is a powerhouse and whos-who of the art world, as the co-founder of the Art Production Fund, a “non-profit organization dedicated to commissioning and producing ambitious public art projects, reaching new audiences and expanding awareness through contemporary art.” 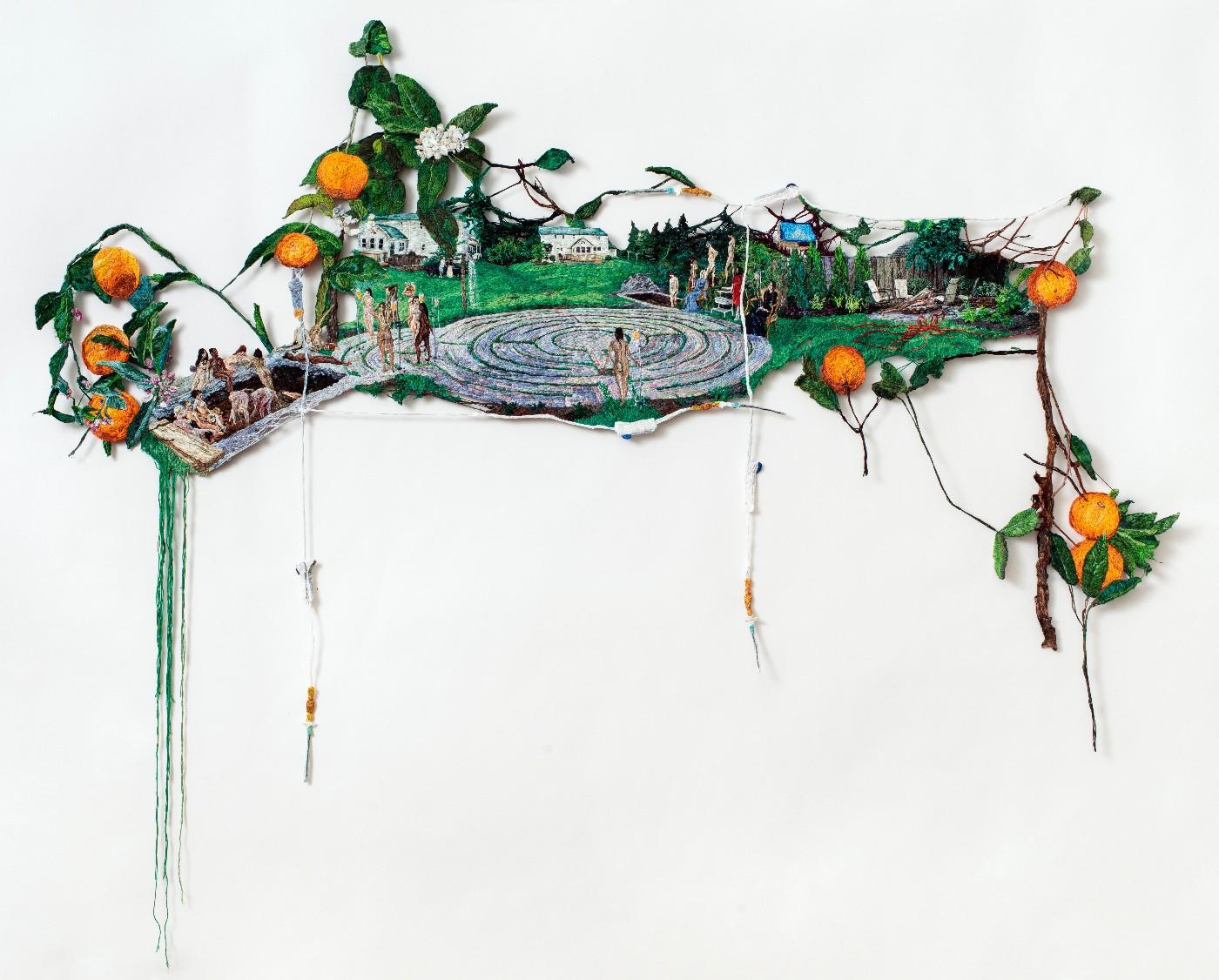 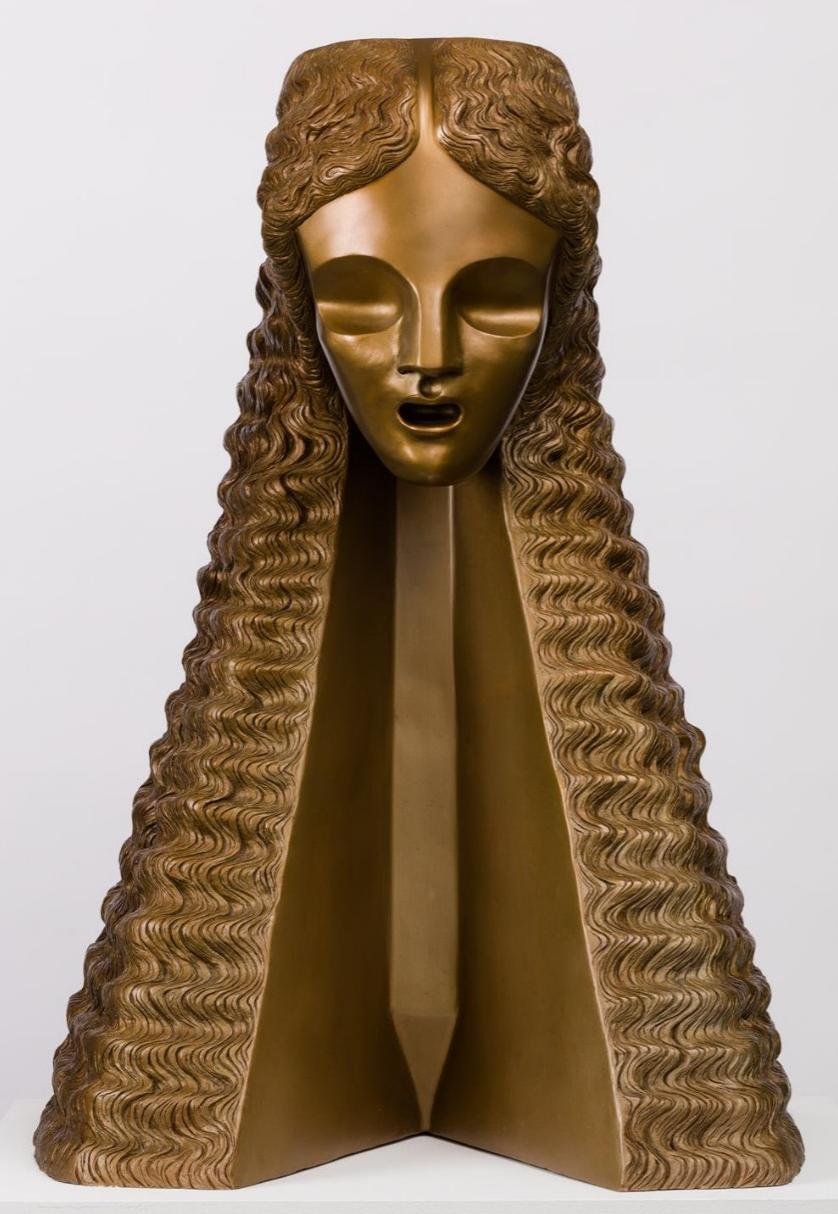 Courtesy of the artist and Van Doren Waxter Gallery

United by a common thread of female power and mysticism, works from the 29 artists (a number chosen due to its astrological significance) range from contemporary to classic, including grande dame of feminist art Yoko Ono’s sculpture “Door.” Lisa Yuskavage is also featured, whose reclamation of the female nude in painting has likely been a major influence on the works of younger participating artists. Sophia Narrett’s epic embroidered work “Stuck” (2016) inverts this traditionally female art form, taking a media that was once viewed as small and precious, creating instead a grand tableau of female nudes unconcerned with the male gaze. Sarah Peters similarly brings the past to the present, her authoritative bronze bust “Figurehead” (2018), convincingly summons a previously unknown female deity.

SEED creates a lush and sensuous atmosphere through an abundance of nude forms and scenes of the natural world. Evoking the earthly power of creation embodied by the plant world and the female body, the exhibition is at once welcoming and irrepressible, not unlike a humid summer’s day. 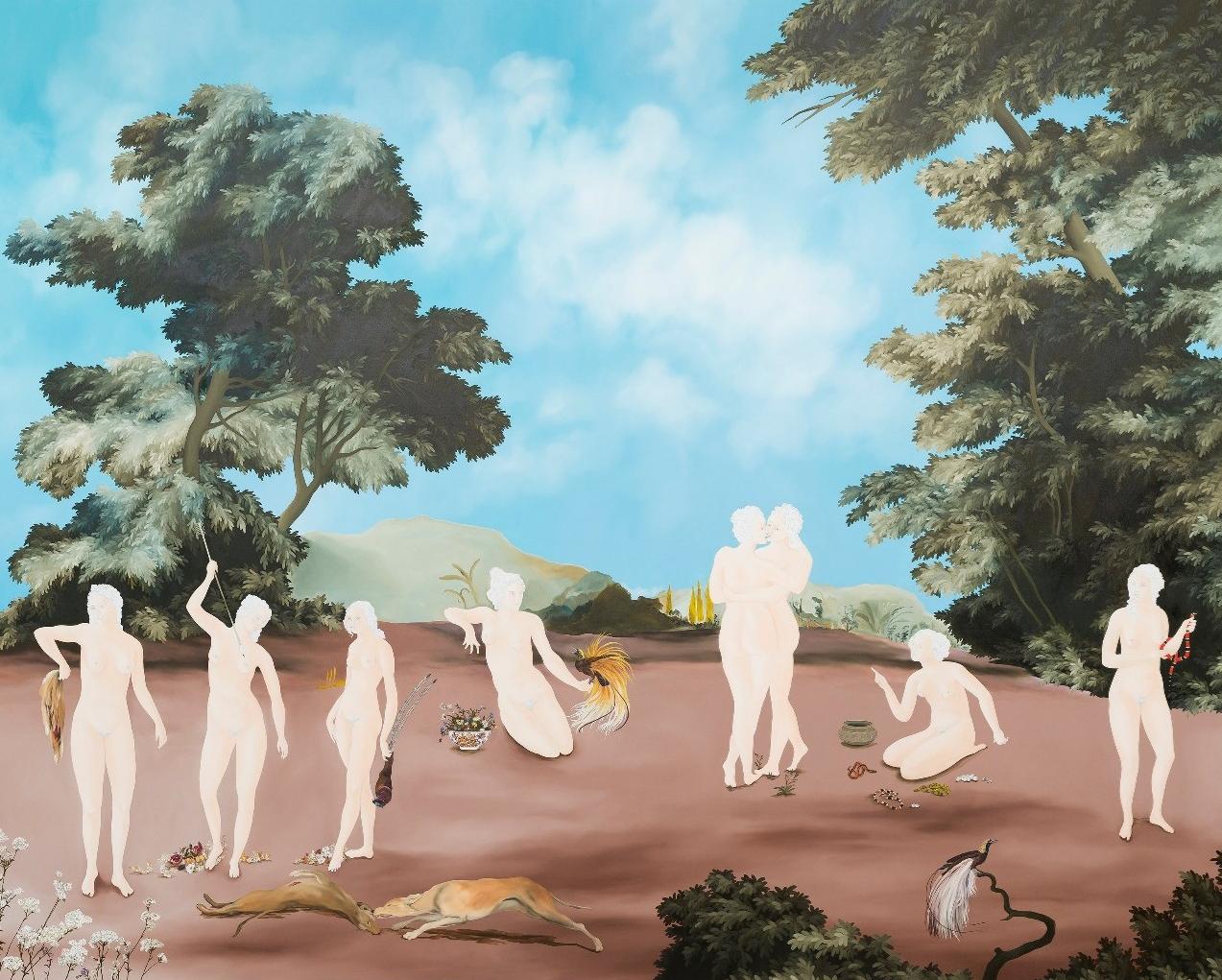 Courtesy of the artist and Galerie Rodolphe Janssen 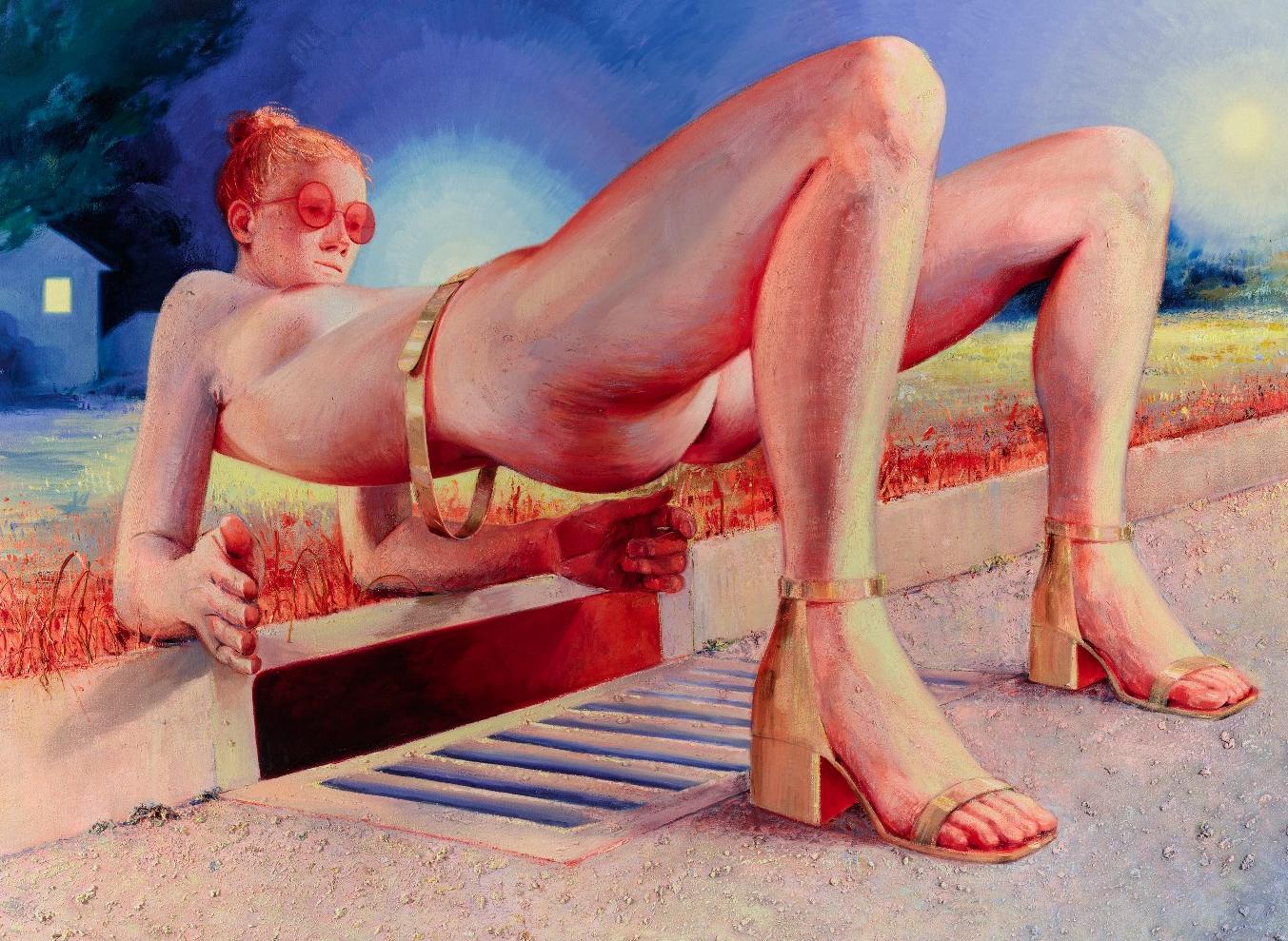 Courtesy of the artist and P.P.O.W. Gallery 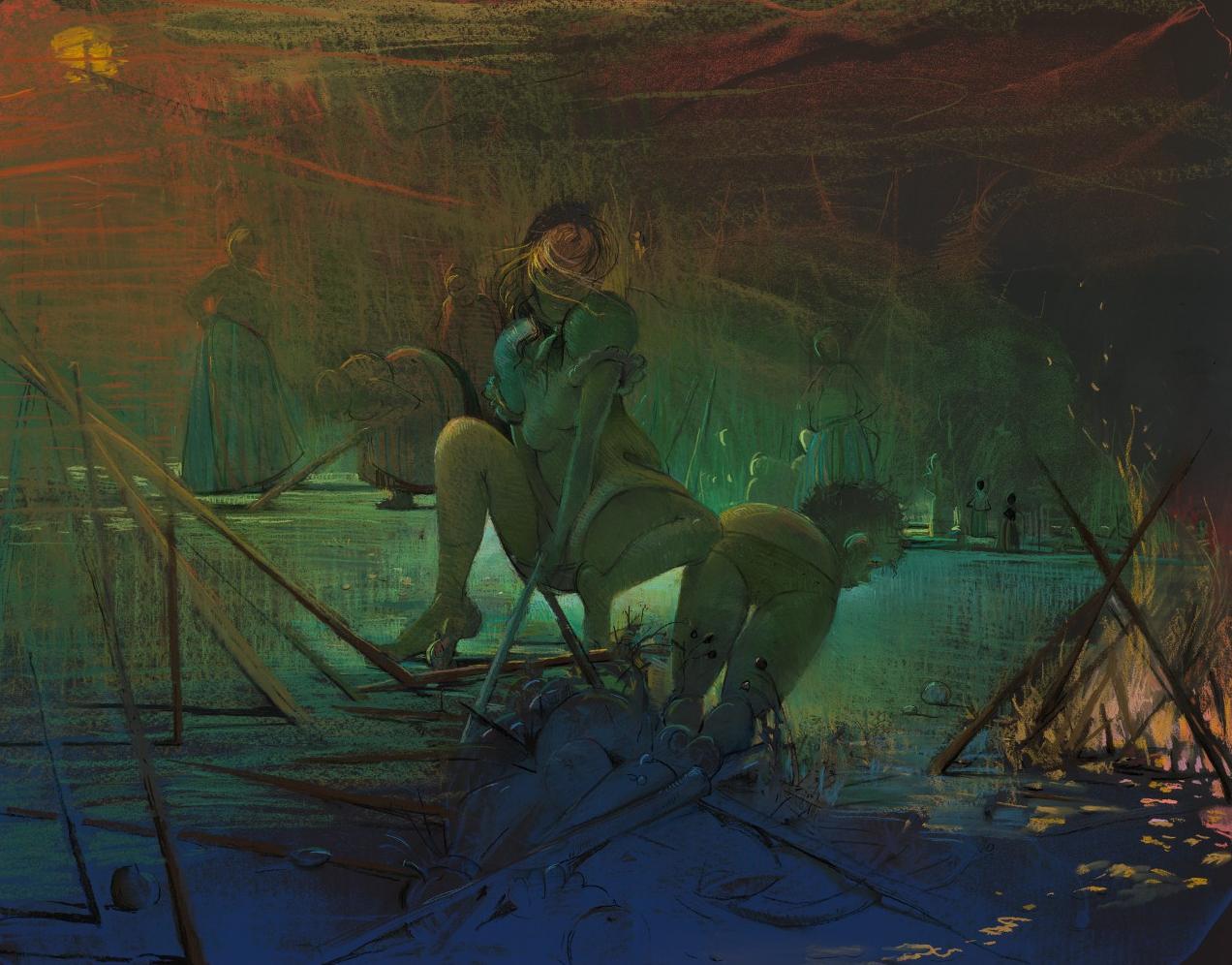 Courtesy of the artist and Universal Limited Art Editions