Rufino Tamayo at the Smithsonian American Art Museum: From Mexico to New York and Beyond 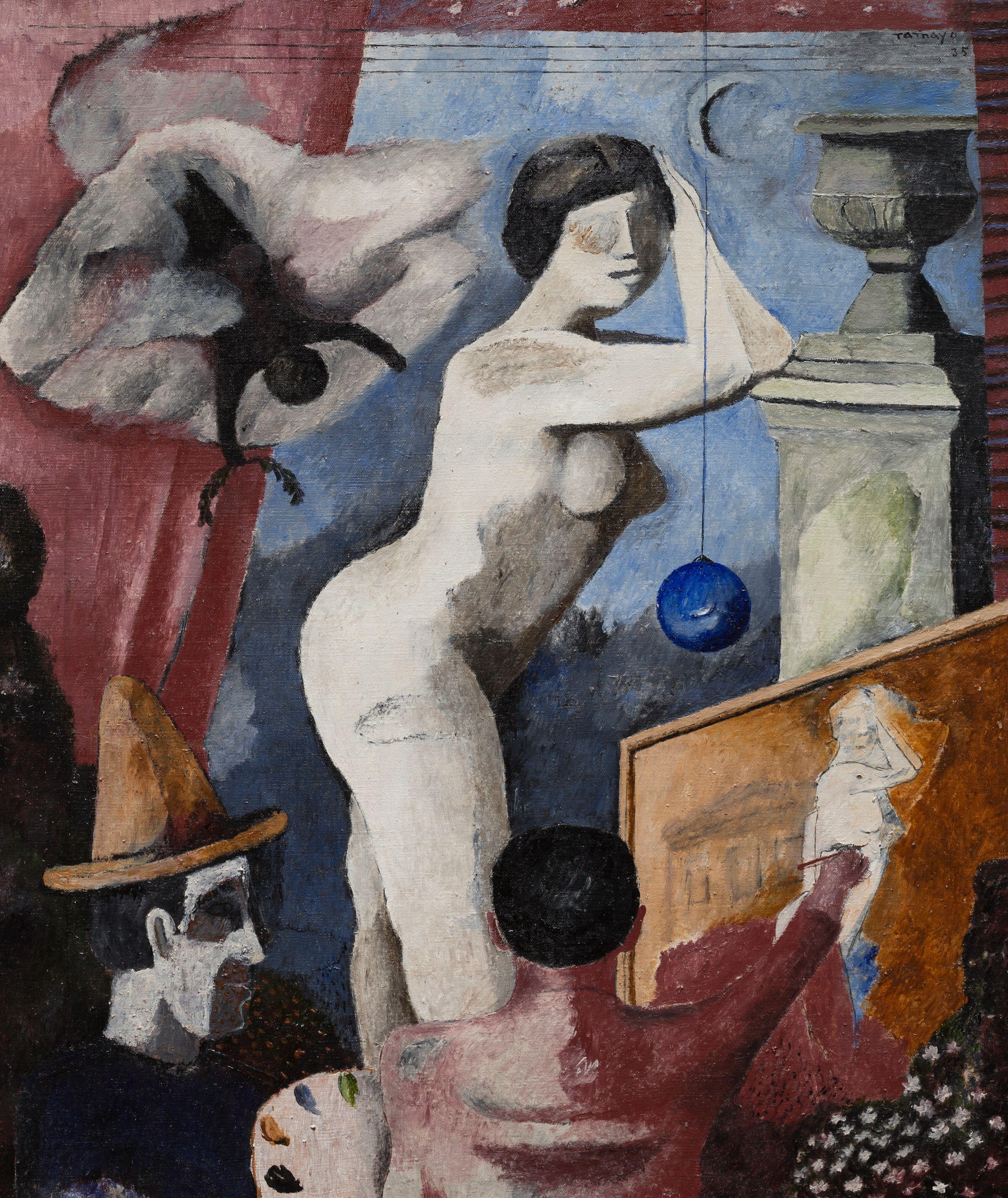 Tamayo: The New York Years features over forty of the Mexican painter Rufino Tamayo’s (1899-1991) paintings and prints, as well as reproductions of murals by the artist and his key influences. The introductory wall text informs us that unlike some of his well known mural artist peers, Tamayo was more concerned with the creative process than with overtly politicized themes. Yet the exhibition walks us through the artist’s New York-based world in such a thorough way as to demonstrate how deeply immersed he was in his urban, artistic, and even political surroundings. 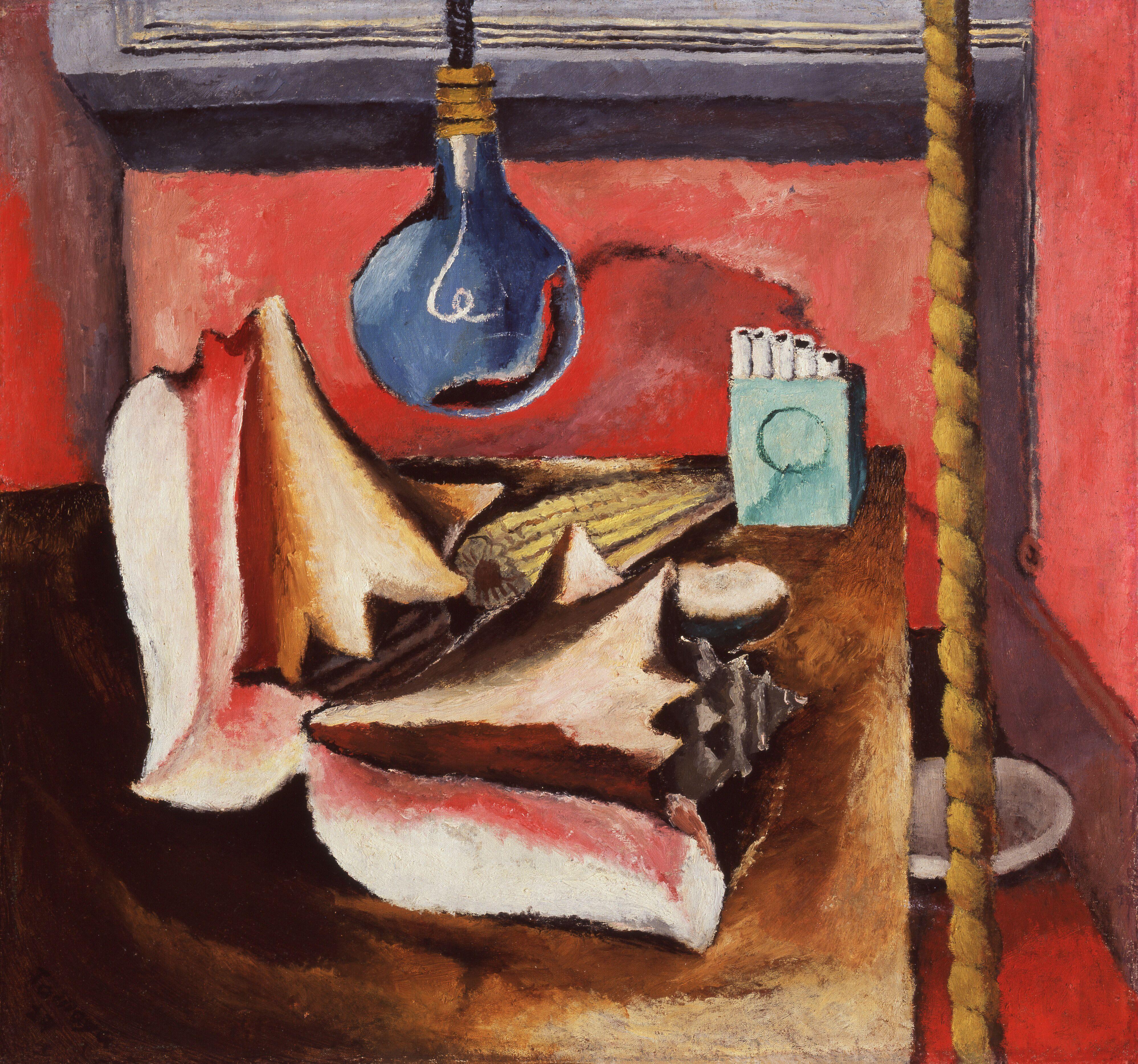 From still-lives like the 1930 Mandolins and Pineapples to the strikingly de Chirico-like Academic Painting of 1925 that includes a Mexican clown, the exhibition presents the myriad artistic influences and tonal undercurrents that run through Tamayo’s work. At first glance, the show seems as wide reaching as the New York art environment from which Tamayo took so much of his inspiration. But after a closer look, the underlying theme seems to be the artist’s thorough absorption of his midcentury creative urban U.S. environment, filtered through the lens of his own Mexican connections. Tamayo depicts skyscrapers and chaotic urbanism, but also pays homage to Mexican folk art in his use of indigenous clothing, peoples, and patterning. Hot reds and brick-like browns permeate smaller canvases throughout the gallery space, uniting each piece with its surroundings. 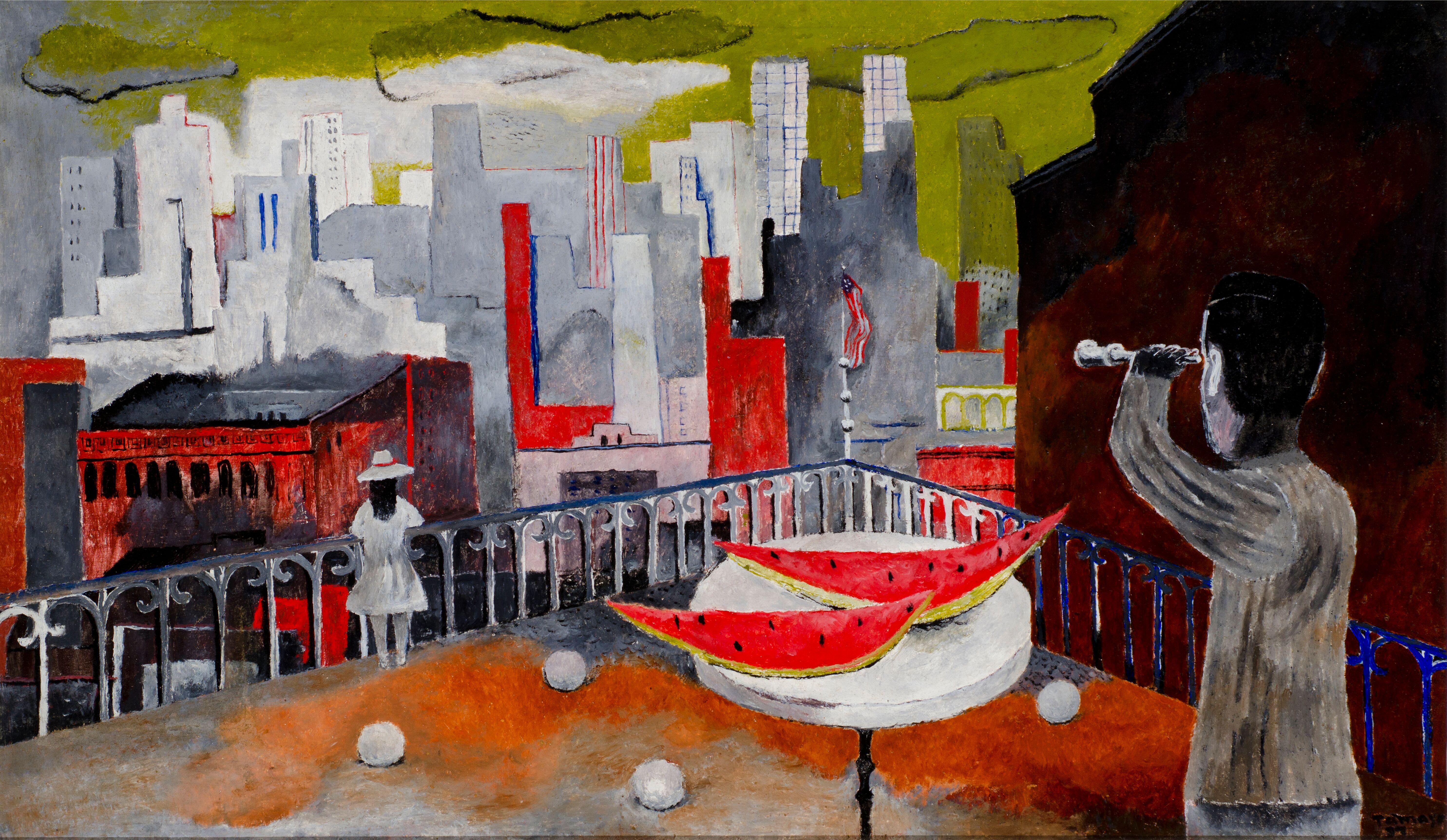 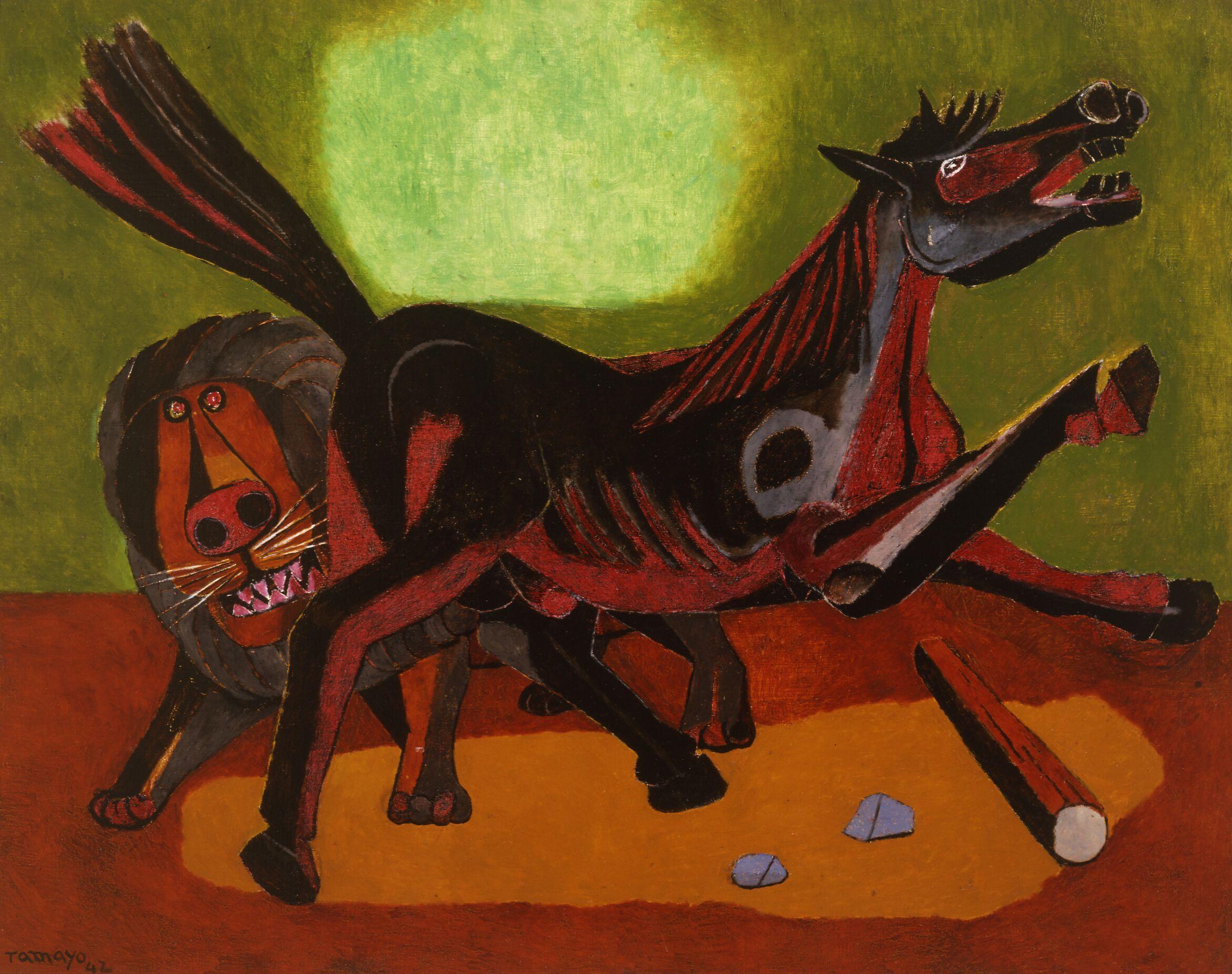 A reproduction of Tamayo’s 1955 America mural commissioned for the Bank of the Southwest in Houston radiates heat and a kind of mechanical violence, even in its reproduced iteration. It invokes progress and industrial modernity under a blazing sun, while 1941’s Animals seems a direct response to Picasso’s 1937 Guernica. Both America and Animals indicate that Tamayo was absolutely engaging with political themes in Mexico in his depictions of American factory workers, in his explorations of urban modernity, and in his invocation of international modernist responses to political violence and war.