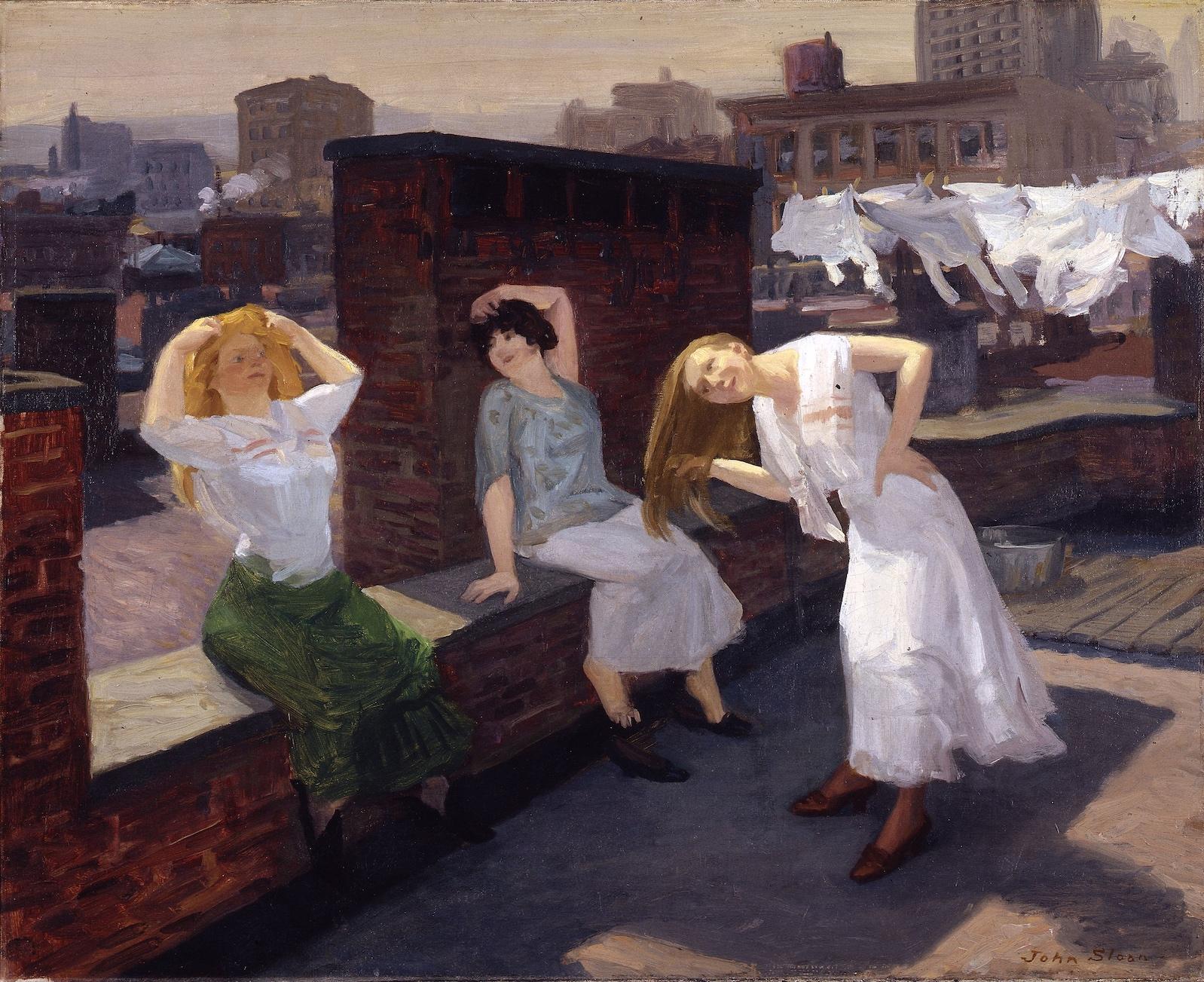 The immigrant women in Sunday, Women Drying Their Hair, a painting owned by the Addison Gallery of American Art and painted in 1912 by John Sloan (1871-1951), were European immigrants who worked in factories four decades before the immigrants in West Side Story.

Still, the Broadway lyrics also apply to Drying. In both rooftop scenes, set in the summertime, young female immigrants strive to achieve the American dream while maintaining dignity.

Sloan began his artistic career copying the works of great masters, including the animal portraits by Albrecht Dürer, but he later began capturing scenes of immigrant life.

The artist was a founder of the Ashcan School, an artistic group that depicted urban centers set apart from the extreme elite classes that paid other artists exorbitant sums to paint their sprawling mansions.

Sloan’s studio in Manhattan’s lower east side overlooked Cornelia Street, and from his window he could see the “the human comedies which were regularly staged for my enjoyment by the humble roof-top players of Cornelia Street,” Sloan noted at the time.

Cornelia Street is best known today by many readers as the subject of a Taylor Swift song about her 5,500 sq. ft. rental on the street for which she paid roughly $40,000 monthly. 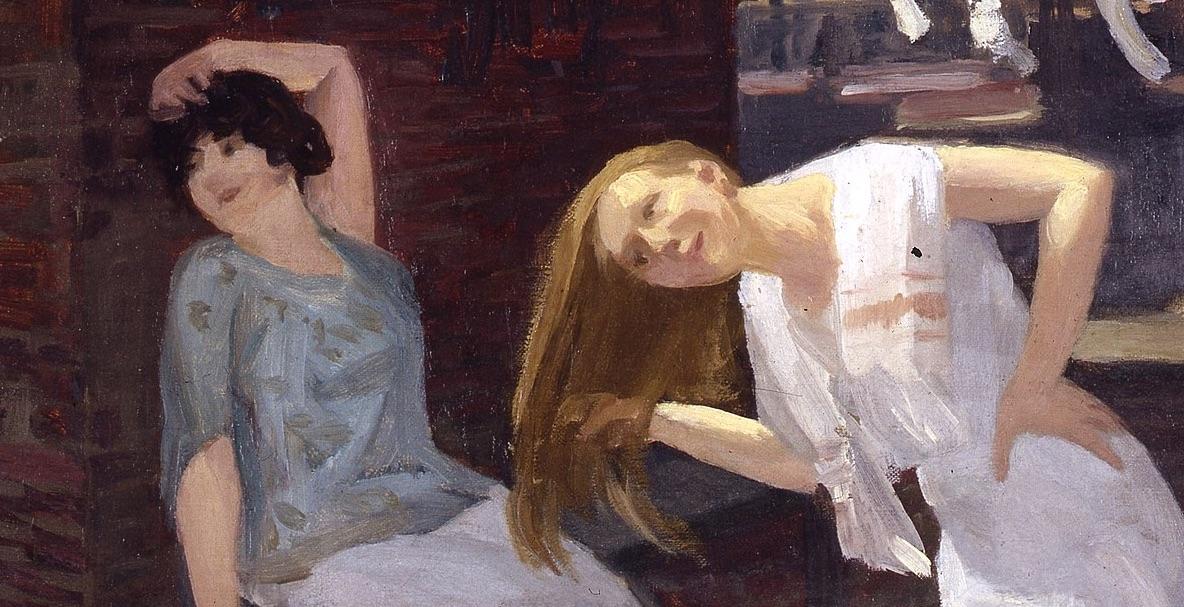 Yet a century ago, Swift’s rooftop was one of the sweatshops that Sloan could see from his studio. An avid advocate of workers' rights, Sloan supported policies that seemed radical then, yet are taken for granted today, including a ban on child labor.

For many immigrants in the early twentieth century, these rooftops were “an oasis from their very cramped and very unsanitary living conditions,” shares the Addison’s curator Gordon Dearborn Wilkins in an interview with Art & Object.

“Yet this oasis,” notes Wilkins, was one that was hardly private, a point of which Sloan was well aware. “You could think of the rooftop as an extension of your personal space, but you were also on display,” said Wilkins.

Sloan was careful neither to denigrate nor to deify the immigrants whom he painted, including the women in Drying. Still, his work leaves room for much interpretation, as a great work of art should.

However, it is clear that these women are intent upon seizing the opportunities, however mercurial, that Manhattan afforded them, with ambition and dignity.