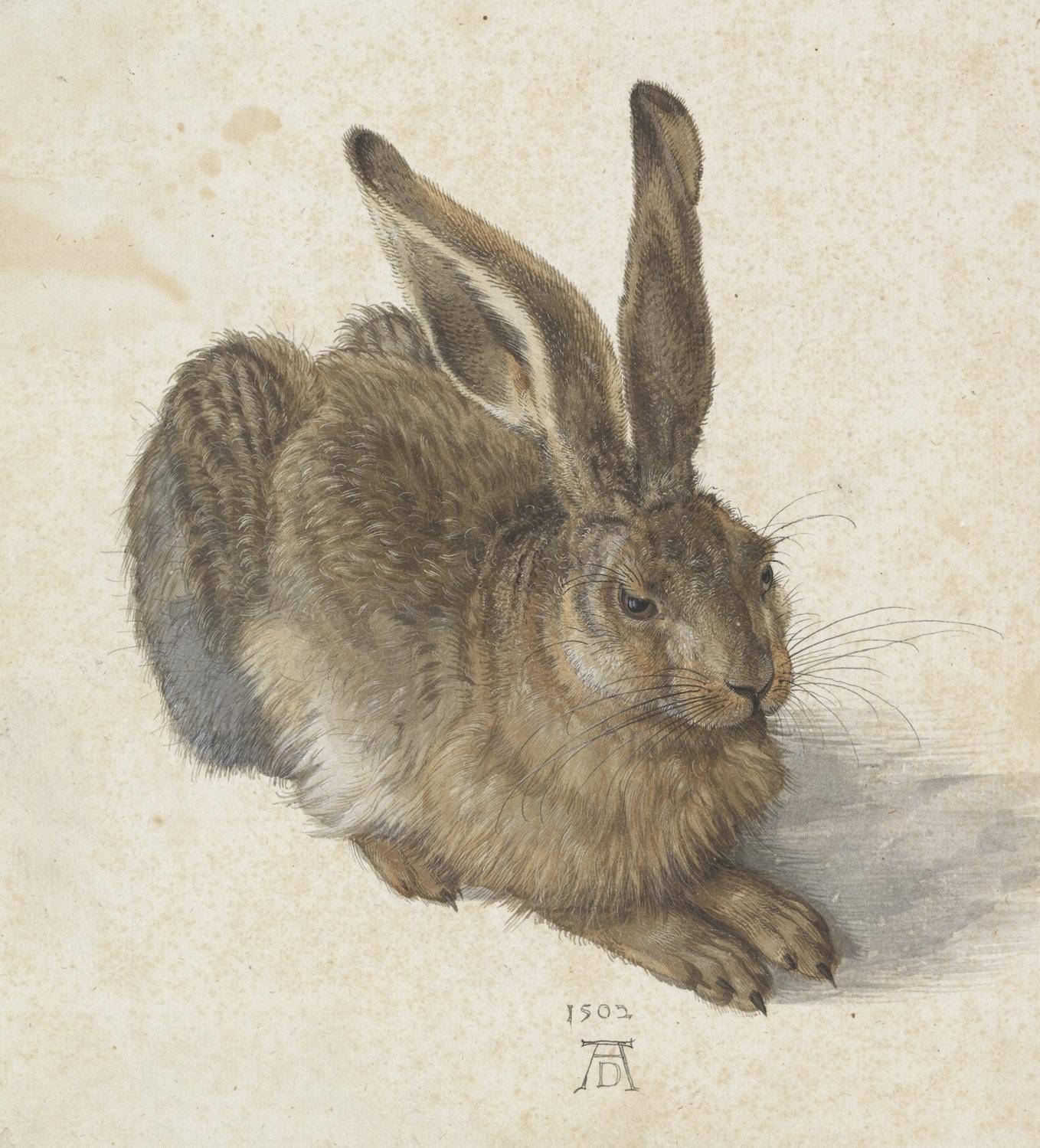 The June 2021 Focus for Reframed is Animals in Art.

Perusing shops in a small Virginia town last week, I spotted a t-shirt in a local store’s window. It bore none other than Albrecht Dürer’s Young Hare (Feldhase) which months ago I had decided to cover for this week’s column.

The leporine sighting was a testament to the transcendent status of Hare.

Were it not for Dürer’s dating of the 1502 watercolor and drawing on paper, one could be forgiven for mistaking “Hare” as hailing from a more recent century.

Albrecht Dürer (1471-1528) was only thirty or thirty-one when he completed the work. Dying at age fifty-six, he prolifically completed over 300 prints, 1000 delicate drawings, and 100 paintings for which twenty-first-century scholars can account.

Dürer’s German hometown of Nuremberg is now inextricably tied to the trials of war criminals following World War II. In his lifetime, however, the city was one of Europe’s most famous and prosperous cultural centers.

Half a millennium on, his technical precision and restrained emotional undertones are largely responsible for raising printmaking from a relatively rudimentary art form to an independent, technically advanced genre still thriving today. 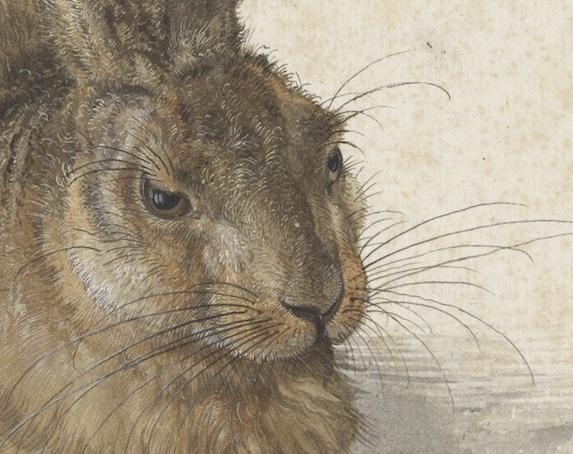 Dürer also brought a serious, yet sympathetic approach to portraying animals, as manifested in Hare. Scholars believe that Dürer studied dead hares to achieve the technical precision shown in this work. The hair on the animal’s haunches is far more unruly than the tight tufts on its ears. The hare’s eyes are serious, but hardly menacing. Its whiskers are utilitarian, yet far from flawless.

Remarkably, documents from Dürer’s workshop indicate that Hare stayed with Dürer until his death and that he had no intention of selling it. Clearly, it was hardly a case study or a mere sketch.

Yet, as my perusal of that small-town Virginia shop sporting a Dürer T-Shirt shows, this hare has managed to transcend time and geography in a remarkable way.

"Art is a [discussion] throughout generations, it is a bond that can transcend millennia," notes Albertina Director Klaus Albrecht Schröder in an interview with Art & Object.

Dürer was nothing if not understated and pithy. After he died in April 1528 he was buried in St. John’s Cemetery (Johannisfriedhof) in Nuremberg.

The artist's epitaph reads, “Whatever was mortal in Albrecht Dürer lies beneath this mound.”