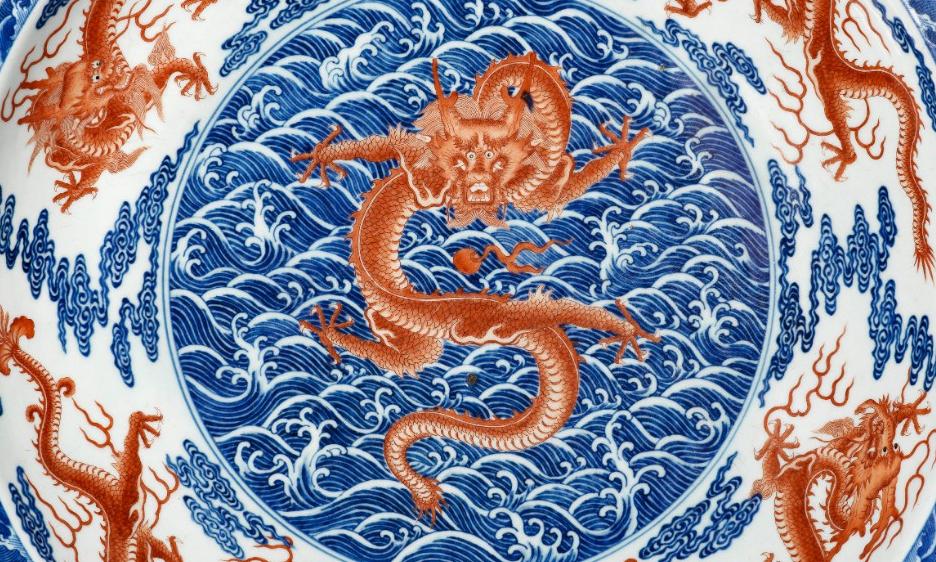 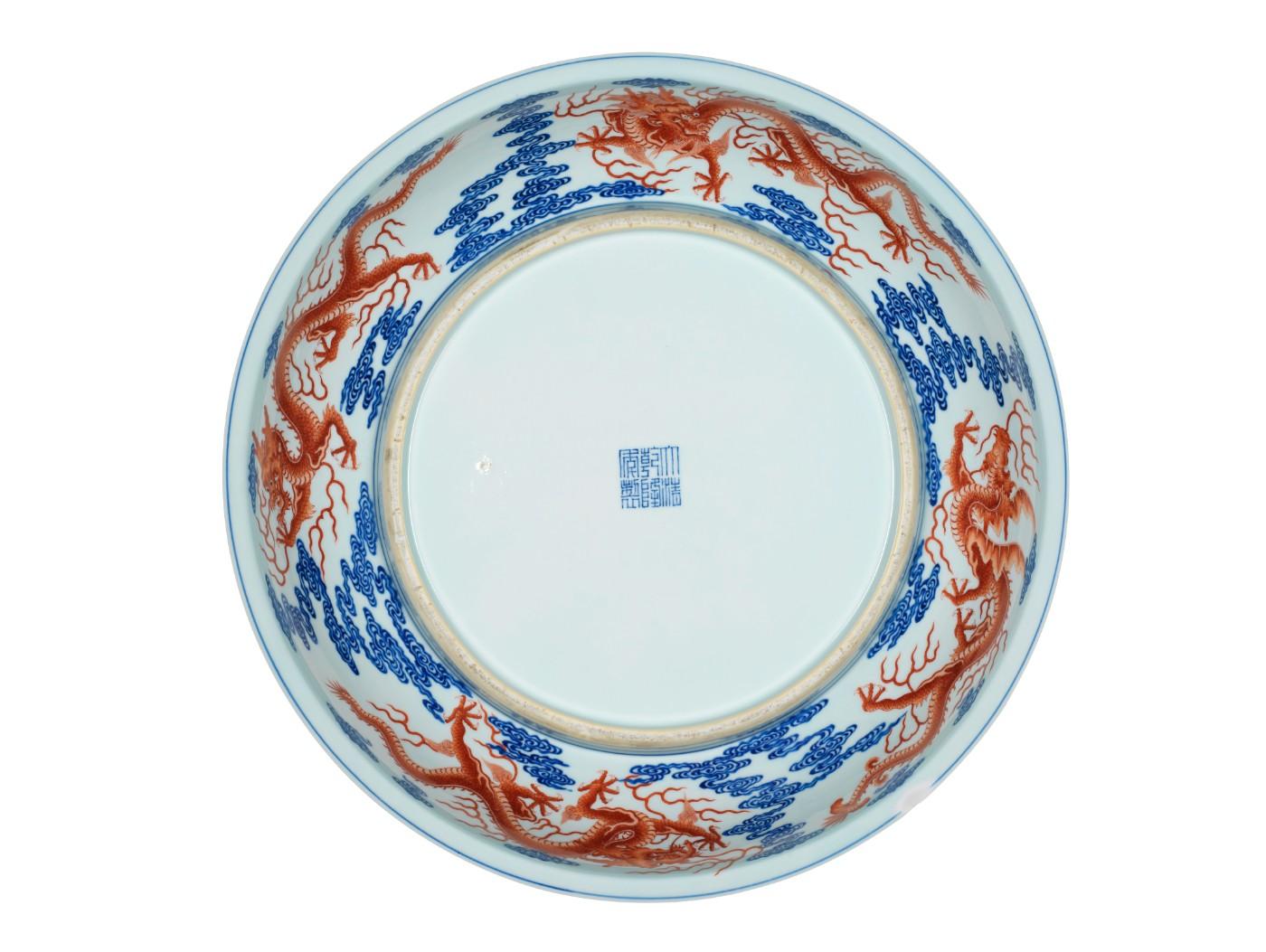 "Only a handful of Qianlong seal mark and period examples of dishes of this impressive size and bold decoration are known to exist in either museum or private collections,” said Bonhams Global Head of Chinese Ceramics and Works of Art, Asaph Hyman. “This important dish encapsulates the exacting and refined taste of the Qianlong Emperor together with the high skill and artistry of the artisans." The large dish had never been offered before at auction. Bought in China in the 1960’s by British businessman and Hong Kong politician Sir David Newbigging, it had been consigned for sale from a European private collection. The striking red dragons leaping across ethereal clouds and roiling waves convey power and elegance. 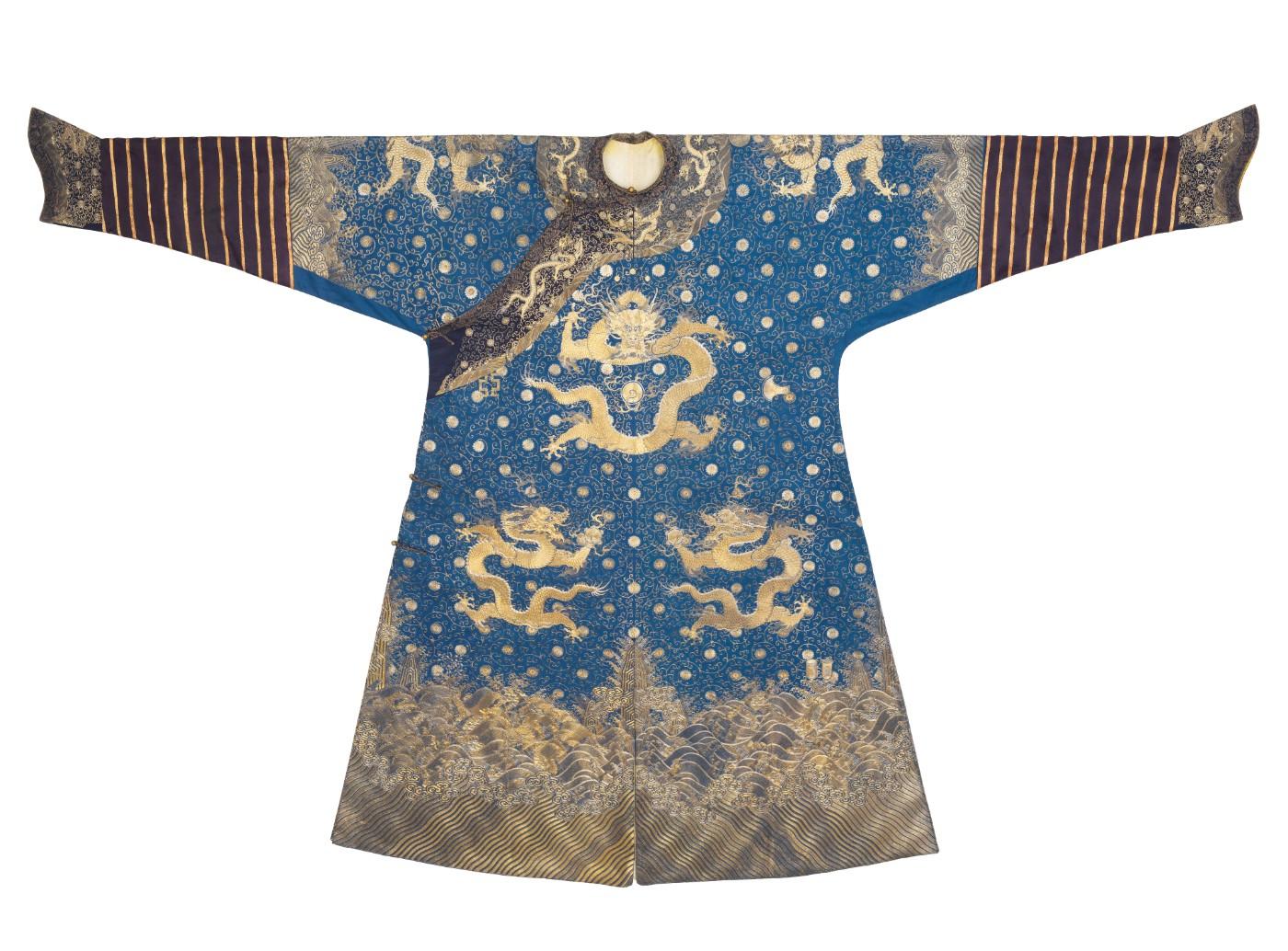 Another highlight of the sale was lot 224, an extremely rare Imperial ‘Twelve Symbol’ Dragon Robe (jifu), also from the Qianlong period. Estimated at $131,000-196,500, the Dragon Robe sold for $609,123. This extraordinary piece was acquired in Beijing in 1912 by Brigadier-General Offley Bohun Stovin Fairless Shore (1863-1922). Such robes were only worn twice a year by the Emperor for rain and harvest ceremonies at the Altar of Heaven. Dragons were symbols of the emperor, signifying royalty and power. The central dragon holds a flaming pearl, a metaphor for a wise, benign ruler. The robe is also decorated with the Twelve Symbols of Imperial Authority, and is a stunning example of Qianlong textile art.