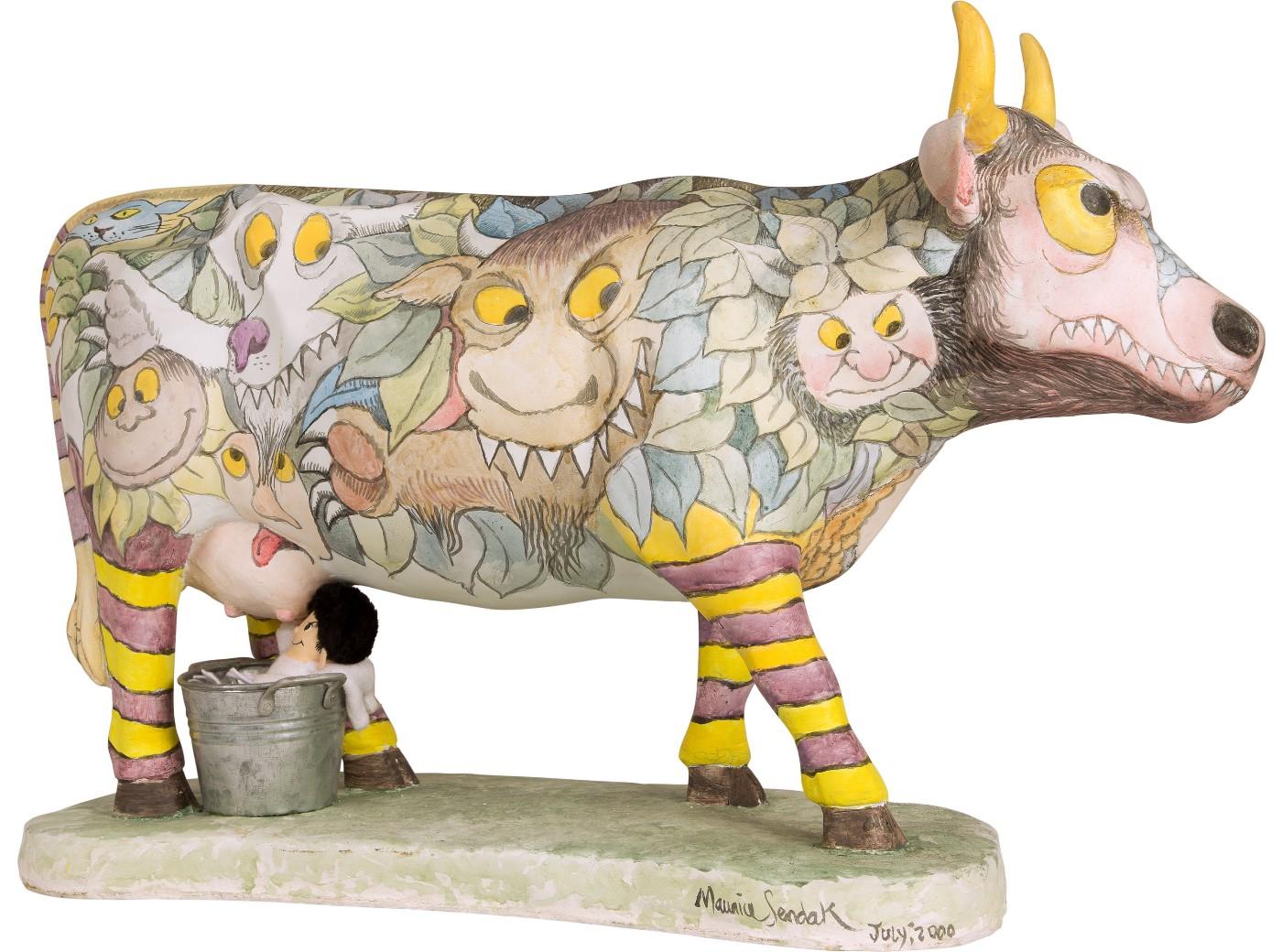 Maurice Sendak, "Moo-Reese" Tabletop Cow, drawn and painted by the artist, with help from Lynn Caponera, 2000

Moove over, Manhattan, cow coming through! And not just any cow, this one’s a molded plaster bovine sculpture drawn and painted by beloved children’s author/illustrator Maurice Sendak in the manner of his Caldecott Medal-winning book, Where the Wild Things Are.

In 2000, Sendak had been invited to design a cow for the CowParade project. CowParade bills itself as “the largest and most successful public art event in the world.” For anyone who has beheld colorful cattle statues dotting the streets of Chicago, Sao Paulo, Hong Kong, or any of the many cities that have hosted them, they are indeed unforgettable. The version Sendak created, with help from Lynn Caponera, is a runt, measuring only 27” x 17.5” x 7.5.” In 2003, “Moo-Reese” was displayed at the premiere of the Chicago Opera Theater’s Brundibár, an adaptation of Hans Krása's Czech opera that Sendak worked on with Tony Kushner. (Sendak did the set designs and costumes for this and several other operas and ballets, something that will be explored in a summer exhibition at the Morgan Library in New York City.)

After the show closed, Sendak’s tabletop ruminant was auctioned online by Sotheby’s. It has been offered twice at Sotheby’s since that original sale, but the estimates seem to have dissuaded buyers. Still, there is a reserve of $75,000 at the Heritage Auctions sale coming up on March 6.

Maurice Sendak, Where the Wild Things Are (Prints), 1972. Complete set of four fine art prints, each hand-signed by the artist.

Three other Sendak lots will hit the auction block that afternoon as well, including a scarce set of four signed fine art prints from Where the Wild Things Are. The online bidding on that lot has already surpassed its $1,000 opener.