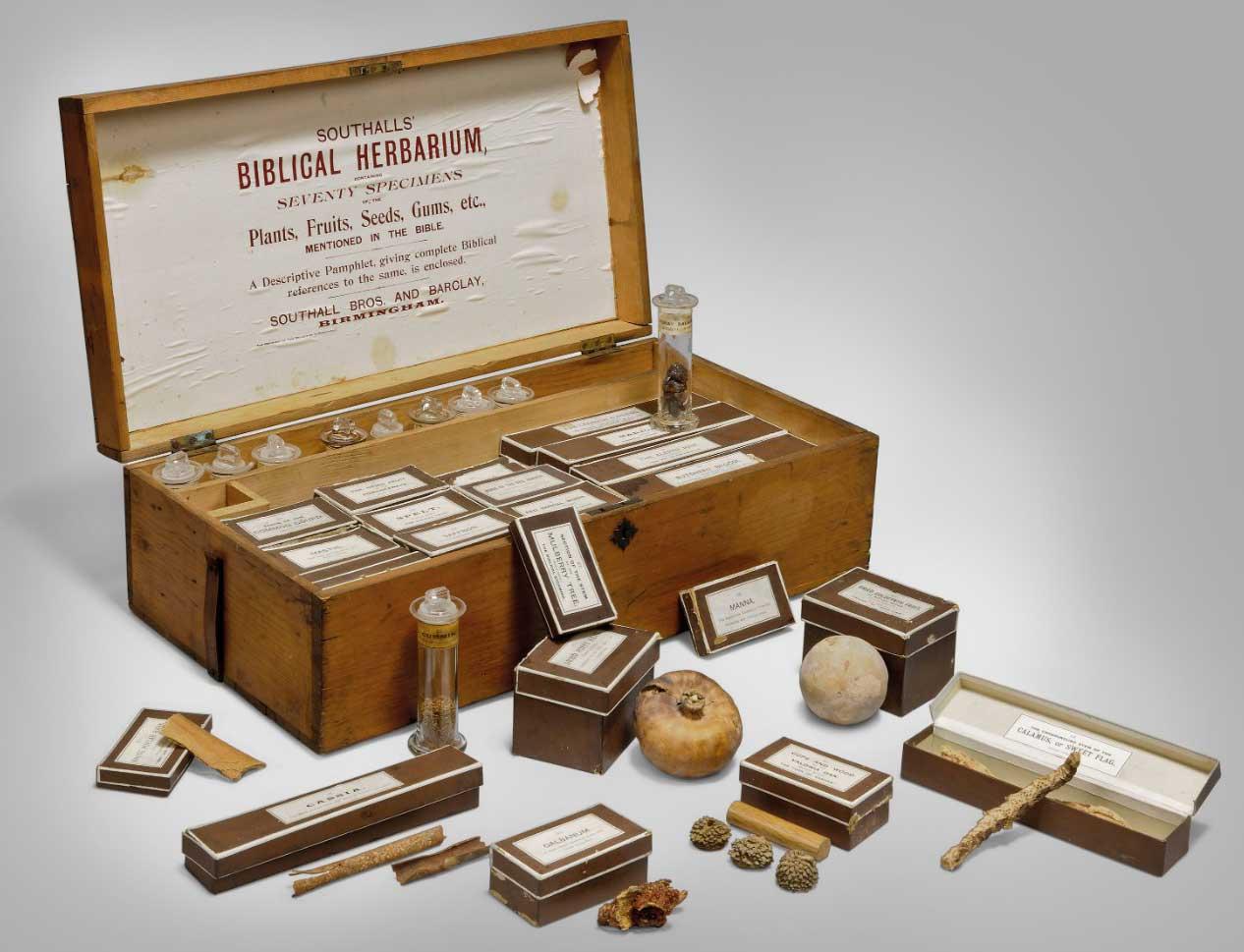 What looks to be an antique medicine chest stuffed with sticks and seeds is, it turns out, an object that bridges the divide between science and religion. Many Victorians wanted to stick to their Christian faith, even as Mary Anning unearthed damning fossils and Charles Darwin published his theory of natural selection, so they hedged their bets, as it were, becoming amateur naturalists—quaintly pasting seaweed and flowers into albums—while remaining loyal to their Sunday School stories. 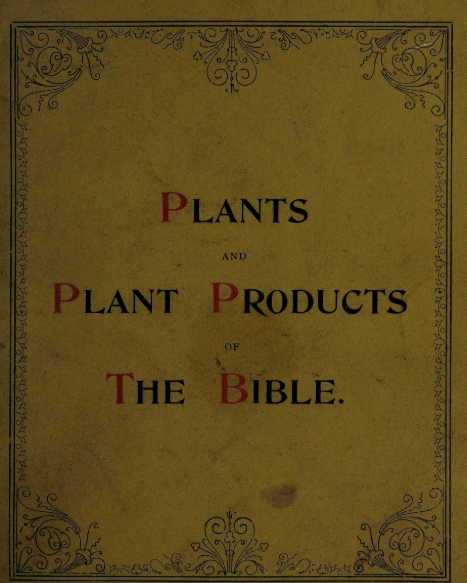 This conciliation is brilliantly manifest in the Biblical Herbarium produced by the English druggist Southall Bros. and Barclay in 1897 and sold for the equivalent of a few hundred pounds. This pre-made collection contains seventy dried plant specimens from the Holy Land, such as Balm of Gilead (Amyris Gileadensis), and an accompanying 39-page pamphlet, edited by H.B. Tristram—a clergyman who, incidentally, flip-flopped on Darwinism—to link the flowers and herbs to a biblical narrative. The balm, for example, was traced to episodes in the books of Genesis, Ezekiel, and Jeremiah.

Offered alongside other natural history curiosities like papier-mache botanical models and a few Blaschka glass sea creatures in the Peter Petrou: Tales of the Unexpected sale at Christie’s London on January 30, the Biblical Herbarium is expected to realize something in the neighborhood of $500. While it might not be the most riveting (or provocative, ahem!) lot, it might be timely: a scholar argued in a 2016 lecture that the Biblical Herbarium is an artifact of the Victorians’ long process of accepting that science is real, a lesson we still seem to struggle with today.