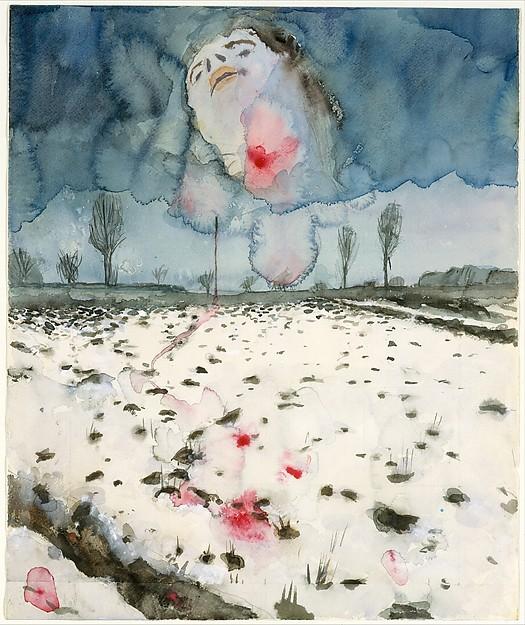 Opening December 13, Provocations: Anselm Kiefer at The Met Breuer will feature 34 works on paper and one painting by the German artist, all drawn from The Met collection. The exhibition will span the artist's nearly 50-year career and will be on view at The Met Breuer through April 8, 2018.

This exhibition is made possible by Maria-Gaetana Matisse.

Anselm Kiefer (born 1945) has confronted and wrestled with the past throughout his career. In 1969, toward the end of his studies at the State Academy of Fine Arts in Karlsruhe, Kiefer photographed himself in his father's Wehrmacht uniform, posing in front of historic monuments and Romantic seascapes in Europe, with his arm extended in an illegal Nazi salute. Six years later, the artist selected 18 of these images for a photo-essay titled "Occupations," which met with widespread public outcry. Indeed, while Kiefer's artistic provocation ran counter to the intense process of postwar denazification, which included the removal and destruction of offensive signs of Germany's infamous history, it was also an unwelcome threat to a kind of collective amnesia that had overtaken West Germany in the 1960s and 1970s.

In the 1980s, in his continuing pursuit to disinter the past, Kiefer began reusing old photographs for new projects and also extending his artistic means. He added new materials, such as earth, lead, and hay, and approached his works in near-alchemical ways. He also turned to monumental themes (including architecture, cosmology, and mysticism) to further ponder time and existence. While his ambition still grows in scale—today his projects take over his entire 36,000-square-meter studio outside Paris—his art, particularly through its worked and layered surfaces weathered by time and nature, remains a visceral and poetic consideration of the past as a means to understand our collective present and, by implication, our future. The exhibition also offers a timely opportunity to reflect on our own nation and the conflicted history we grapple to readdress today.