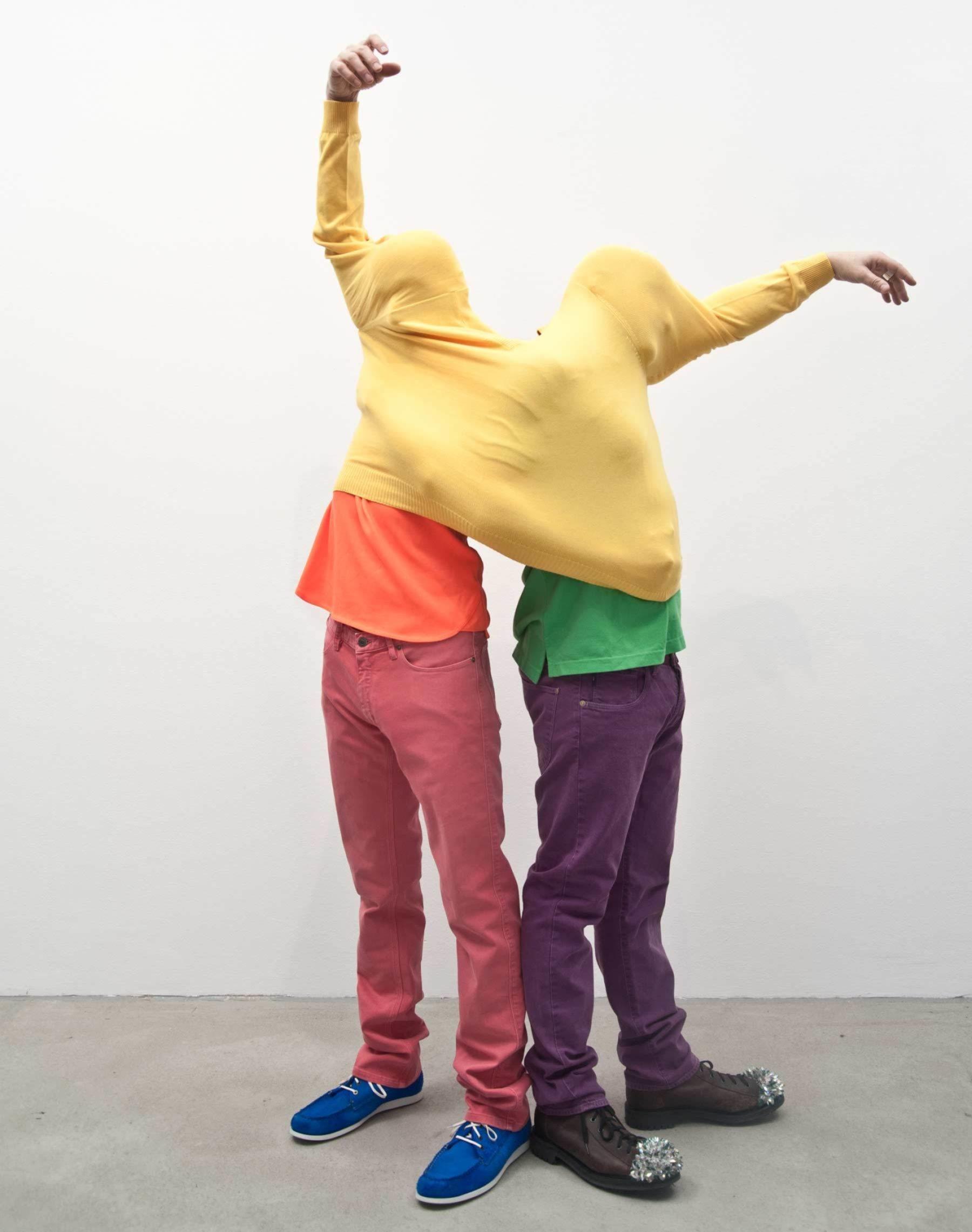 Courtesy of the artist, Photo by Elfie Semotan.

Erwin Wurm, from the series One Minute Sculptures, ongoing

SALEM, MA – This February, the Peabody Essex Museum (PEM) debuts the first major thematic exhibition to survey the rapidly evolving role of play in contemporary art and culture. Nearly forty works by seventeen leading and emerging artists reveal how behaviors essential to the creative process — risk-taking, exploration, questioning and curiosity — are all encouraged by the act of play. Through large scale installations, video, sculpture, photographs and tactile experiences, PlayTime explores how play catalyzes creative expression, enchants the ordinary and helps us understand ourselves in new ways. PlayTime will be on view at PEM from February 10 through May 6, 2018.

“Play is no longer on the margins,” says Trevor Smith, exhibition curator and PEM’s Curator of the Present Tense. “Since the early 1990s we’ve seen play increasingly manifest itself across divergent streams of contemporary art and engage a wide range of social, technological, economic and psychological concerns.” Exploring a broad emotional range and engaging a diverse array of creative perspectives, PlayTime is presented as part of PEM’s Present Tense Initiative which seeks to be reflexive and responsive to the pressing issues of our contemporary reality. “Play is a catalyst for creativity, where we make up the rules and learn how to negotiate and resolve conflict,” continues Smith. “Play helps us possess a power for change. It’s fundamentally about human empowerment.”

Some of the featured artists embrace playful behaviors in order to re-enchant the ordinary and to encourage fresh dialogue through play. Artist Lara Favaretto’s sculpture Simple Couples, installed in PEM’s historic East India Marine Hall, features seven pairs of spinning car wash brushes of different sizes and colors, which move in a mesmerizing choreography of color and light. Elsewhere, Pedro Reyes’ Disarm Mechanized ll transforms 6,700 guns confiscated by the Mexican government into an array of working musical instruments that push these objects beyond their originally intended purpose.

The world of video gaming, which currently generates more revenue each year than the music or movie industries, offers rich material and subject matter for artists to tackle in provocative ways. Angela Washko’s work, Performing in Public: Ephemeral Actions in World of Warcraft, delves into World of Warcraft -- the online role-playing game with more than 10 million users -- to conduct absurdist performances and engage other players in discussions of gender, sexism and harassment. Her work inside World of Warcraft began in 2012, a couple of years before #gamergate made us all aware of the vicious harassment and threats to which women and gender non-conforming gamers are commonly subjected. By documenting her interactions on the platform Washko doesn’t critique the game itself, but rather gets inside the game to facilitate a dialog about the rules by which we are all agreeing to play.

Play involves a level of vulnerability and letting go of preconceived notions or boundaries, allowing an openness to new possibilities, enjoyments, failures and risks. In addition to being fundamental to our development, thanks to our digital devices, the barriers between work and play have eroded, influencing where and when and how we play. “Play is no longer just a reward for hard work,” says Smith. “It is absolutely central to how we learn how to be human.”

Smith hopes that an exhibition dedicated to play can upend traditional museum visitor behavior. “My hope is that PlayTime demonstrates that museums can be playful, lively, noisy, joyous spaces. We’re providing people with opportunities to engage with the power of creativity and to understand how it might work in their own life.”

ART + TECH Collaboration
PlayTime is presented as part of a citywide partnership of arts and educational institutions organized to recognize the outsized role greater Boston has played in the history and development of technology. The Institute of Contemporary Art/Boston initiated this partnership to link concurrent exhibitions and programs related to the themes of the ICA exhibition Art in the Age of the Internet, 1989 to Today. Information on all the exhibitions and programs can be found at aiai.icaboston.org.

Beyond Nasca Lines: The Compelling Mystery of Nasca Pottery
Archeologist gives inside look at their research process & unpacks…