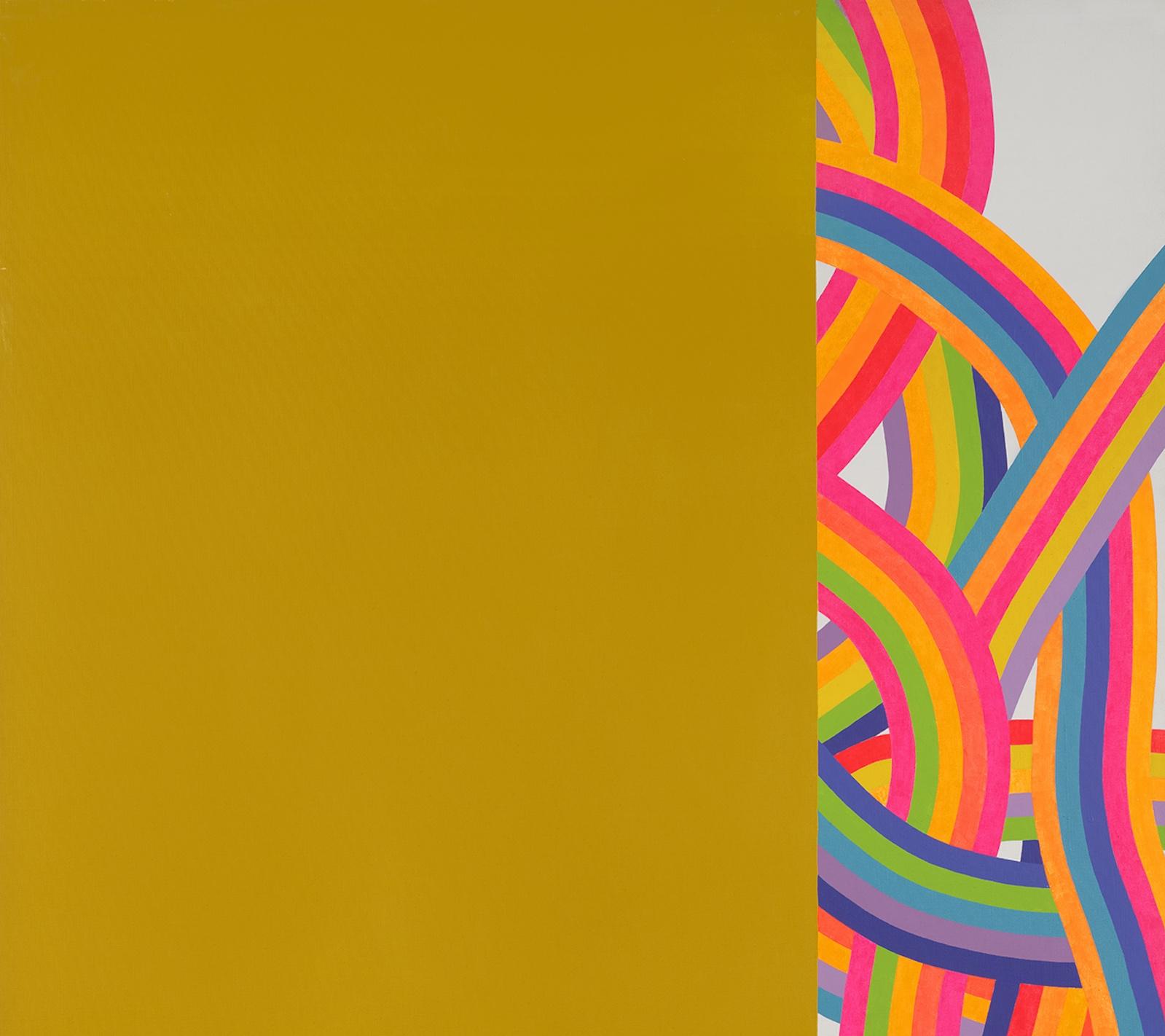 NEW YORK, NEW YORK — Berry Campbell is pleased to announce a rare exhibition of paintings from 1965 to 1970 by Mary Dill Henry (1913-2009). In her mid-50s by this time, Henry created her signature style, synthesizing past and present art movements into bold and striking compositions. Oscillating shapes form kinetic patterns and Op Art illusions in works from this time.

Influenced by her studies in the 1940s with the Bauhaus artist, László Moholy-Nagy, Henry also maintained the utopian ideals associated with Constructivism, as well the principle behind the de Stijl movement, that art and life are inseparable. This is Berry Campbell’s first exhibition of paintings by Mary Dill Henry after announcing exclusive representation in November 2020. Mary Dill Henry: Love Jazz opens on February 11 and closes on March 13, 2021. 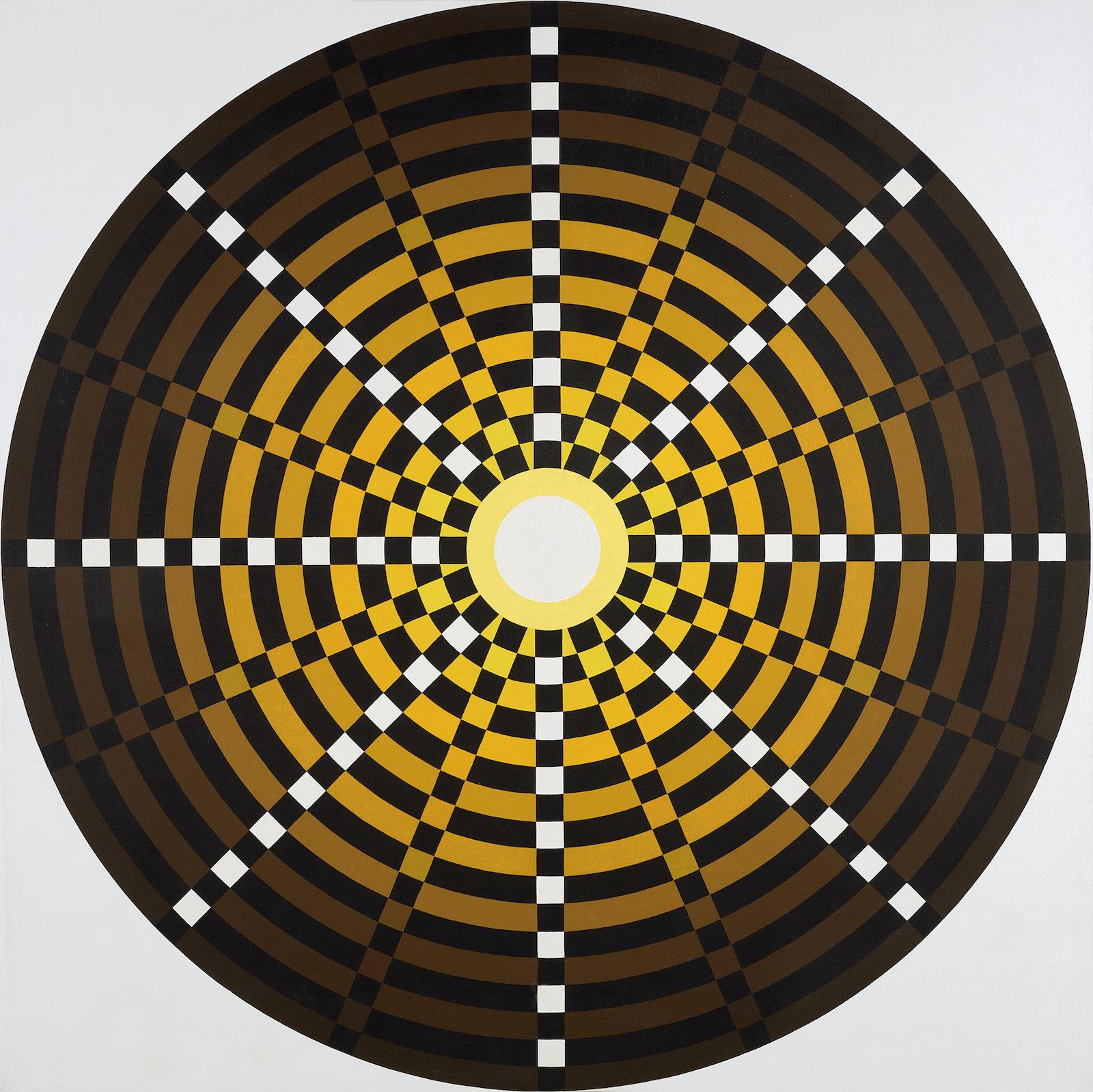 After traveling to Europe in the early 1960s, Henry moved to Mendocino, California, which was beginning to attract artists. In 1966, after divorcing her husband, Wilbur, Henry began to pursue her passion for art full-time. By the mid-1960s, her stylistic trajectory coincided with the Op Art movement, which was at a peak in 1965, when the Museum of Modern Art opened The Responsive Eye.

The show presented works of art “less as objects to be examined than as generators of perceptual response in the eye and mind of the viewer.” In Mendocino, December 11 (1965) black and grey lines at both regular intervals and ninety-degree angles create an Op Art illusion as shapes and patterns appear to move and fluctuate.

In Love Jazz (1965), two abstract hearts seem to beat together in rhythmic unison, in time with the variously striped patterns that both unite and divide them. By 1967 she was creating her On/Off series, featuring round-shaped canvases that, with a touch of humor, appear to be actual moving targets, their concentric circles projecting and receding, with some seeming to be retreating from the canvas itself. In Euphoric Concentration (1969) its daringly juxtaposed colors arrest the eye with the immediacy of Pop Art.

Mary’s first solo exhibitions were in 1967 and 1968 at the Ampex Corporation, in Redwood City. In the summer of 1969, her first gallery show was held at Arleigh Gallery in San Francisco, featuring her On/Off paintings. The show was widely reviewed. In an article in the San Francisco Examiner, titled “It Hurts to Look,” a critic pronounced: “amid her bright designs, her colors are so fluorescent that they sear the viewer’s retina.”

Reflecting the audacity of Henry’s work in the context of the era, the reviewer, who found her paintings “uncomfortable to look at” and “trickily restless,” wondered if they were “good art?” Among the show’s reviews was one by in Artforum in which Palmer D. French stated that Henry’s pairings of large disc shapes were not obvious, but instead presented “an ingenious and provocative dialogue of syntactical rhythms.”

In 1976, Henry moved to Everett, Washington, to be near her daughter Suzanne, an English professor at Pacific Lutheran University, and Suzanne’s husband, John Rahn, a professor of composition and music theory at the University of Washington. In 1982, Mary Dill Henry settled on Whidbey Island, Washington, where she lived alone, deep in the woods, for the rest of her life. Yet, at the same time, she gained a reputation as one of the leading artists in the Pacific Northwest in the Modernist tradition. In a review in Artforum, Stephanie Snyder described Henry as a “painter’s painter—devoted to daily practice and the slow development of visual concepts over time.” 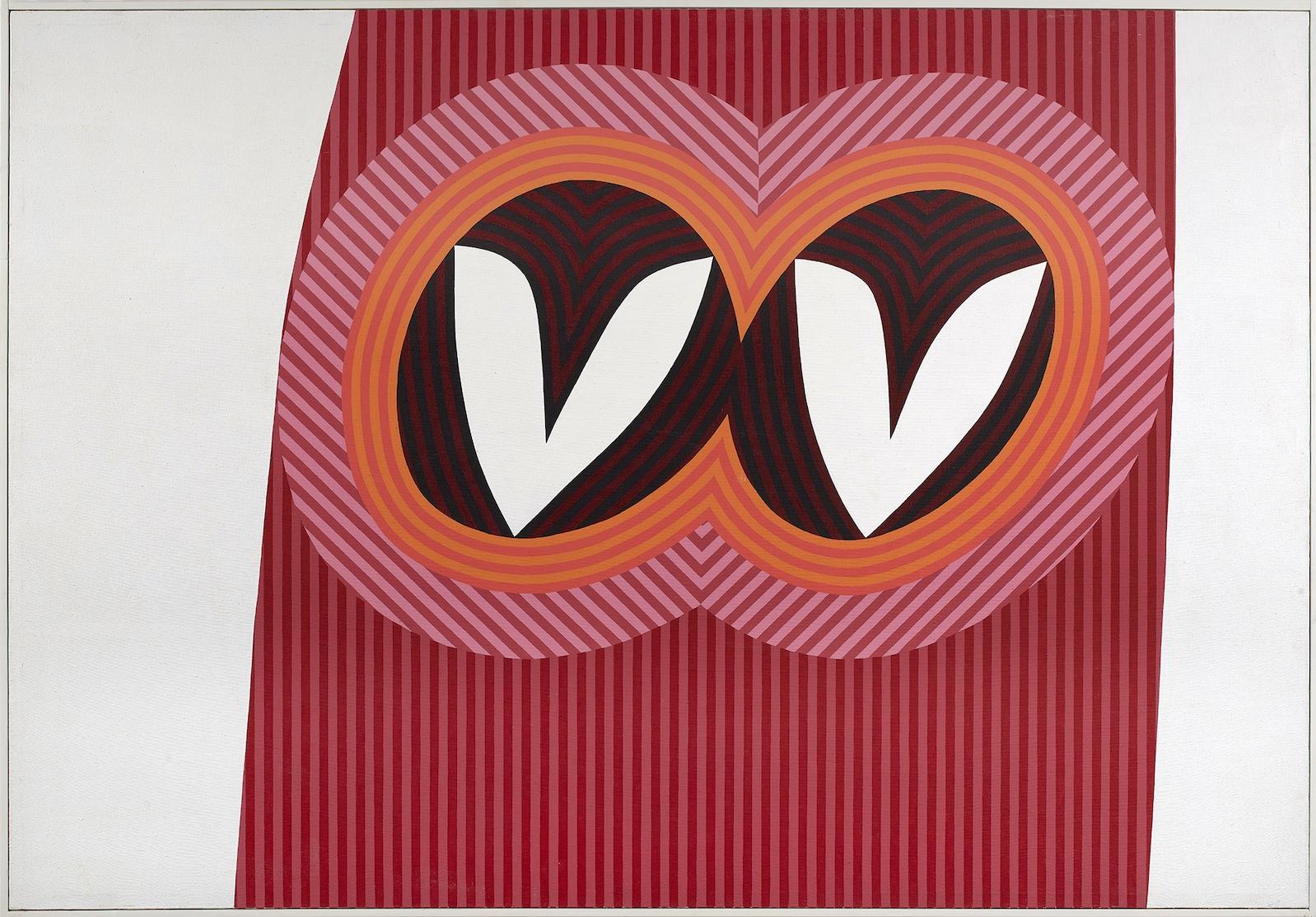 Since 1980, seven retrospectives of her art have been held in the region, including several museum shows. Among many honors, she received a Flintridge Award for Visual Artists in 2001 and the Twining Humber Award for Lifetime Achievement, from the Artist Trust, in Seattle, in 2006.