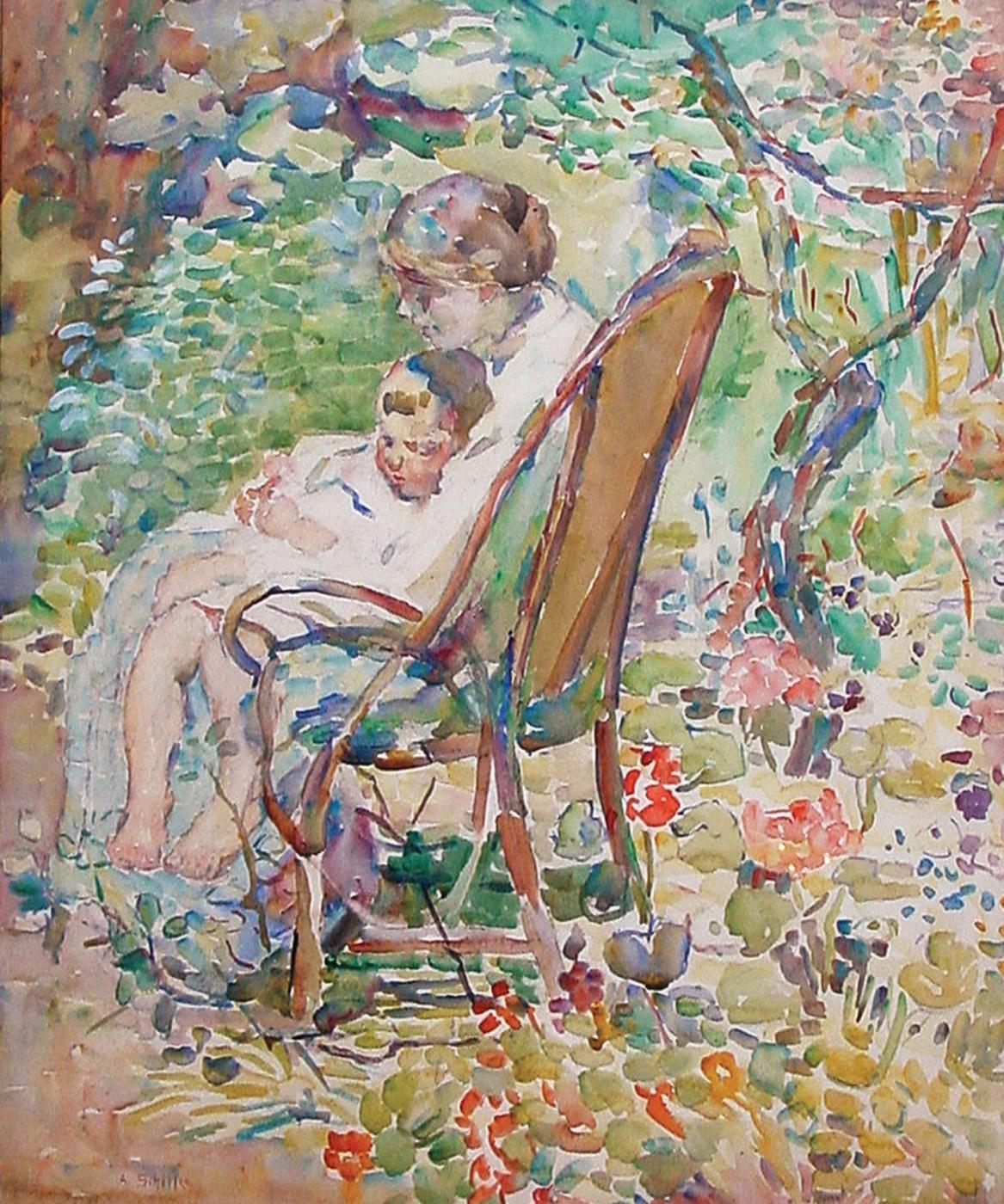 Alice Schille, Mother and Child in a Garden, France, circa 1911-12, Watercolor. Collection of Ann and Tom Hoaglin.

COLUMBUS, Ohio – More than 50 works, many of which have not been exhibited for decades, comprise In a New Light: Alice Schille and the American Watercolor Movement, on view June 14 to Sept. 29, 2019, at the Columbus Museum of Art (CMA). The exhibition honors the Columbus native’s 150th birthday and her contribution to the American watercolor movement, offering new critical insights on this remarkable artist. In addition, the illuminating exhibition explores Schille’s travels, teaching and her steadfast advocacy for women’s suffrage. In a New Light is organized by CMA with Guest Curators James Keny and Tara Keny with the assistance of CMA Roy Lichtenstein Curatorial Fellow Daniel Marcus.

“We’re thrilled to have this exhibition at Columbus Museum of Art,” said Nannette Maciejunes, CMA executive director. “Schille’s work is visually arresting, was recognized in its time and had profound influence on other artists. She’s an important figure in art history and we’re proud to be reintroducing her to the American public.” 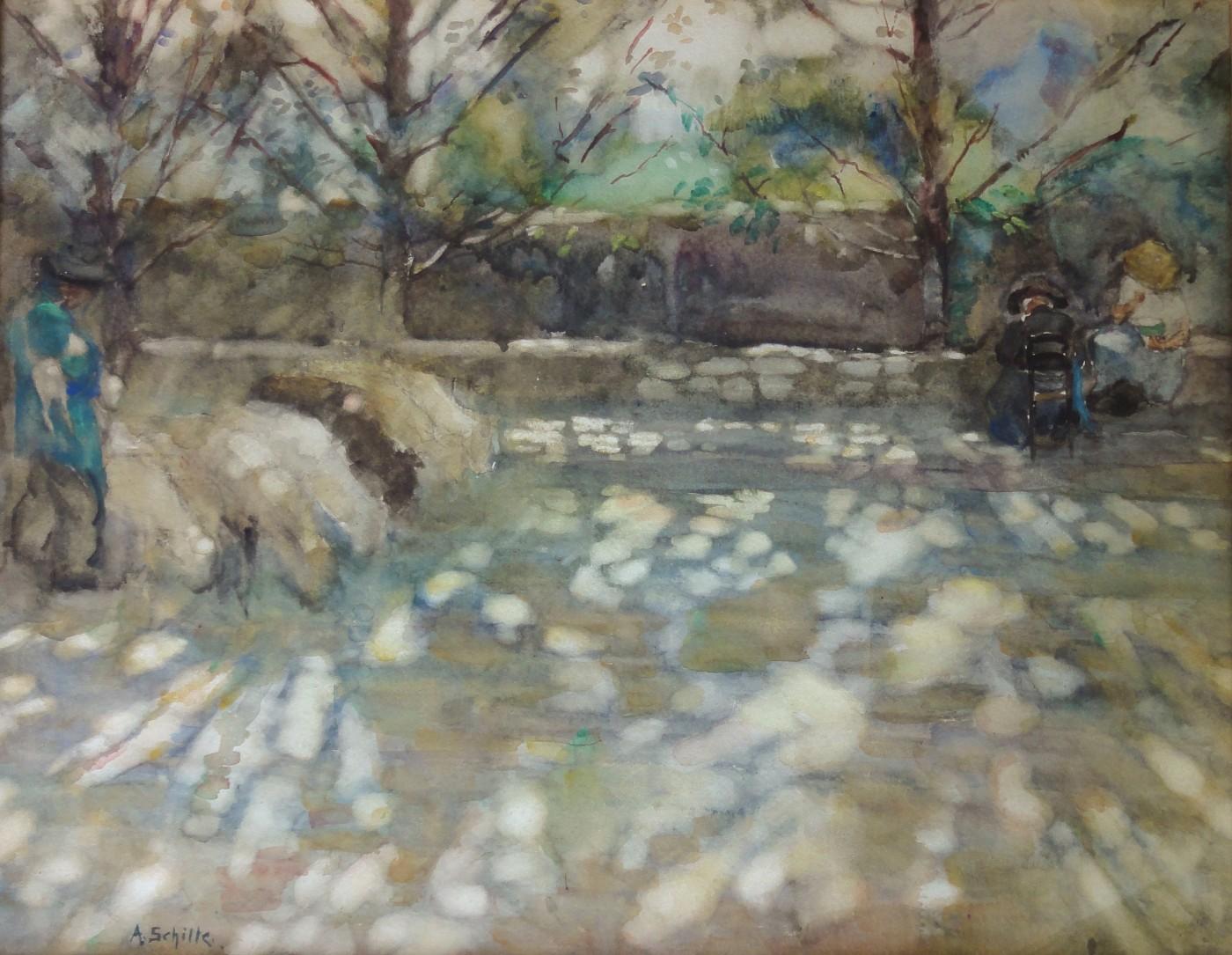 One of the most celebrated American watercolorists of the 20th century, Schille was largely forgotten after WWII until recent scholarship revealed her overlooked creative brilliance. She earned acclaim from critics and fellow artists across the United States and Europe at a time when becoming an acknowledged professional artist was a particularly challenging path for women. Her subjects were often beach and harbor scenes, landscapes and city marketplaces, painted in pure-wash watercolor with modern compositions and Fauve color she had observed firsthand in Paris. She was praised for her ability to infuse bold compositions with movement and light.

“Ambition and remarkable skill were required for any artist to succeed on a national scale, but particularly for an unmarried woman from a small city in the Midwest,” said Tara Keny, guest curator of the exhibition and the Modern Women’s Fund curatorial assistant in the Department of Drawings and Prints at The Museum of Modern Art. “Alice Schille’s remarkable aptitude for watercolor, her intellect and her passion for the arts contributed to her lifelong success. She was really a wonderfully curious, talented and tenacious artist.”

Born in Columbus in 1869, Schille completed her studies at the Columbus Art School (now Columbus College of Art & Design), the Art Students League in New York City and the Académie Colarossi in Paris. She exhibited her work across the U.S. while sailing in the summer to France, Egypt, Morocco, Holland, Italy, Dalmatia and England, alone or with fellow artists including Olive Rush and Martha Walter. She forged connections with notable figures of the time including Gertrude Stein, Alice B. Toklas and British painter Dame Laura Knight and was among the first to introduce European modernist styles, such as Cubism, to young artists in the Midwest when she returned to teach each autumn. She also regularly chaperoned art students to exhibitions outside of Columbus, introducing them to well-known artists and curators. 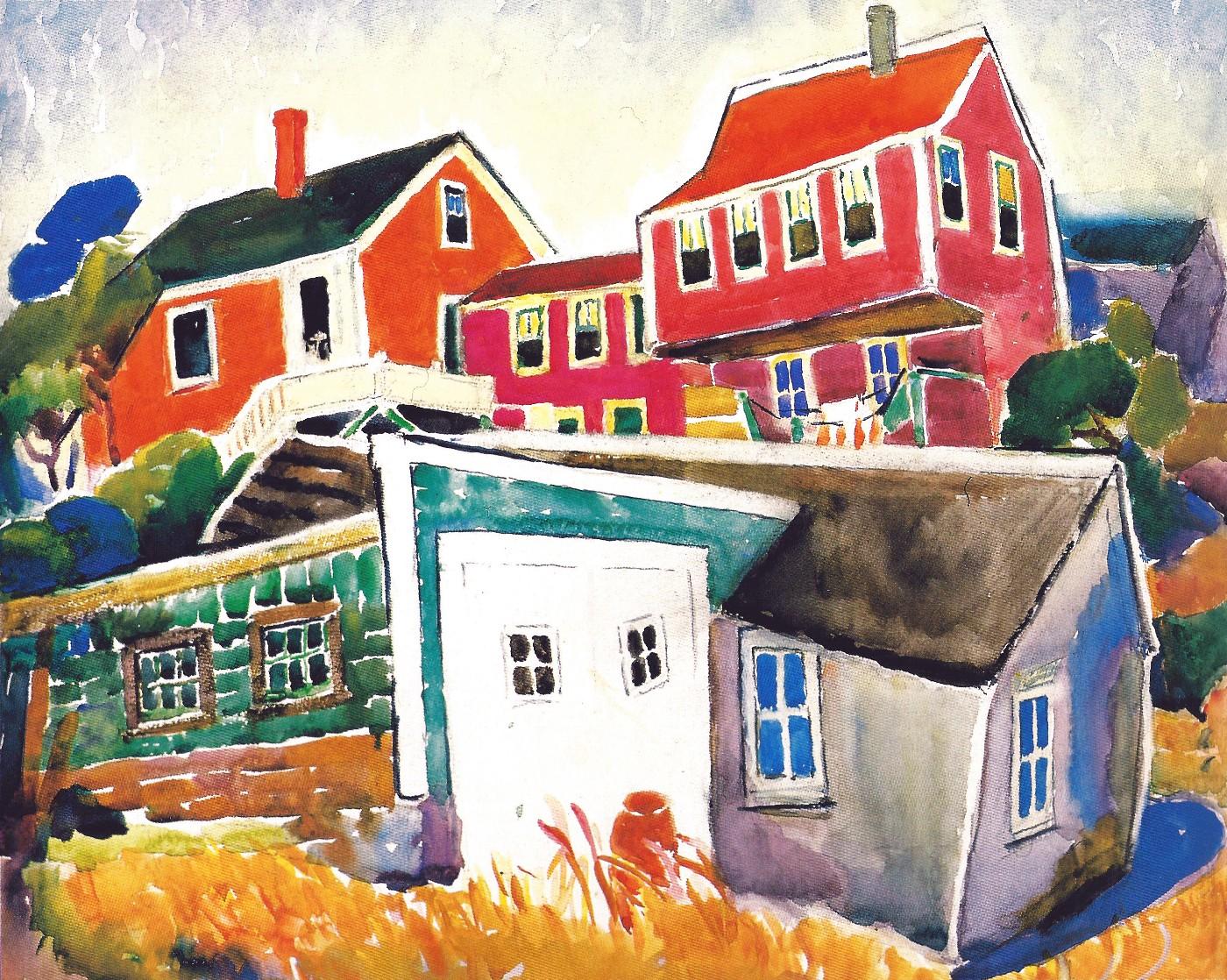 Exhibition Catalogue
The exhibition is accompanied by a 100-page catalogue authored by Tara Keny, James Keny and Kathleen A. Foster, a watercolor expert and senior curator of American art at the Philadelphia Museum of Art. The catalogue looks at Schille’s work in the context of the American Watercolor Movement and at the critical and creative context in which she practiced and exhibited. Twenty cameo essays describe important career moments and key relationships with artists Olive Rush, Gustave Baumann, William Merritt Chase and Columbus artist George Bellows.

About Columbus Museum of Art
Columbus Museum of Art creates great experiences with great art for everyone. The Greater Columbus Arts Council, Nationwide Foundation, Ohio Arts Council, and the Henry D. and Carol B. Clark; Paul-Henri Bourguignon and Erika Bourguignon Fund for Visual Arts; Vada Beetler Memorial; and Robert B. Hurst funds of The Columbus Foundation provide ongoing support. CMA, Schokko Café and the Museum Store are open Tuesday through Sunday from 10 a.m. to 5 p.m., and Thursday from 10 a.m. to 9 p.m. General admission is $18 for adults; $9 for seniors (60+), students (18+) and children 4 and older; free for members and children 3 and younger; $5 on Thursday evenings (5-9p.m.). A separate admission fee for special exhibitions may apply. General admission is free for all on Sundays. CMA charges a flat rate of $5 for parking in the Museum’s East Gay lot. CMA members park for free. For additional information, call 614.221.6801, visit www.columbusmuseum.org, or find us on Facebook, Twitter or Instagram @columbusmuseum.