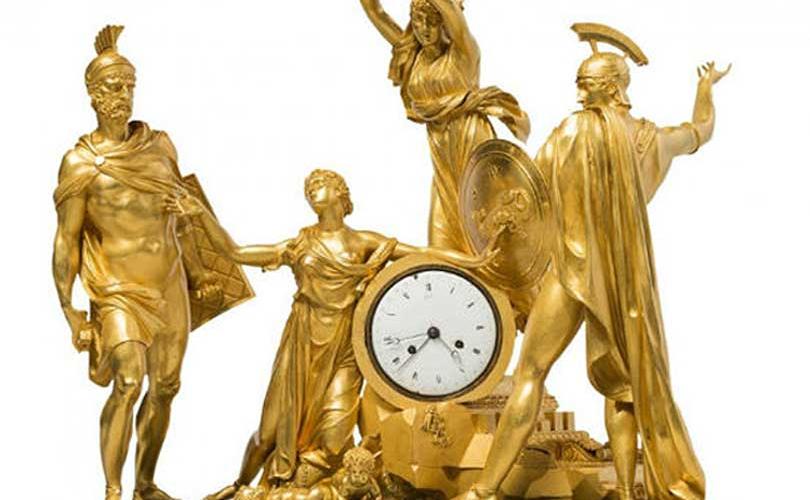 The auction featured the Focal Point collection of decorative objects and realized a total of $2,093,449. 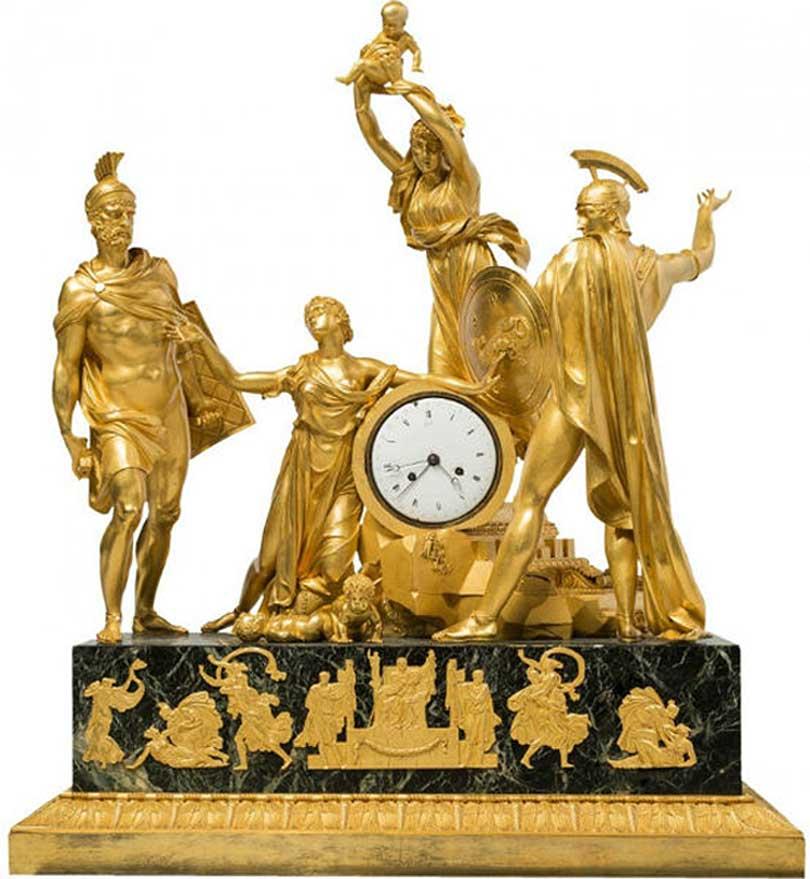 "A considerable number of lots in this auction came from collections that were carefully curated for their quality and design merits," Heritage Auctions Silver and Decorative Arts Director Karen Rigdon said, "so it is no surprise that they inspired such attention and competition among numerous bidders."

A Rare Pair of Custom-Designed Hermes Silver Wine Coolers by Maison Cardeilhac, Paris, France, circa 1930 also elicited multiple bids before closing at $25,000. Made by a French firm known for its work with malleable metal, these coolers stand 11 inches high and weigh 134.62 troy ounces. According to the consignor, four such pairs of wine coolers were commissioned by the consignor's family from Hermes around 1930.

A Large and Impressive 14K Vari-Color Gold, Diamond, Jade and Enamel Colonnade-Form Annular Clock in the Manner of Fabergé, late 20th century , designed after Fabergé'e 1910 Colonnade Egg and executed by Henrik Wigstrom, realized $18,750. The original clock, now a part of Great Britain's Royal Collection Trust, was designed as a symbolic representation of the imperial family. The Tsar and Tsarina appear as doves between the columns, which are surrounded by four daughters as seated cherubs.

A Fine Three-Piece Royal Worcester Neoclassical Enameled Porcelain Tragedies of Aeschylus: The Suppliants Urn Garniture, Worcester, England, circa 1863 drew heavy bidding before selling for $16,250—more than 10 times its pre-auction estimate. Each is of amphora form with ornate rims, collars and necks, bodies with pate-sur-pate-style enamel and gilded decoration on a cobalt background.