Edward Steichen: In Exaltation of Flowers 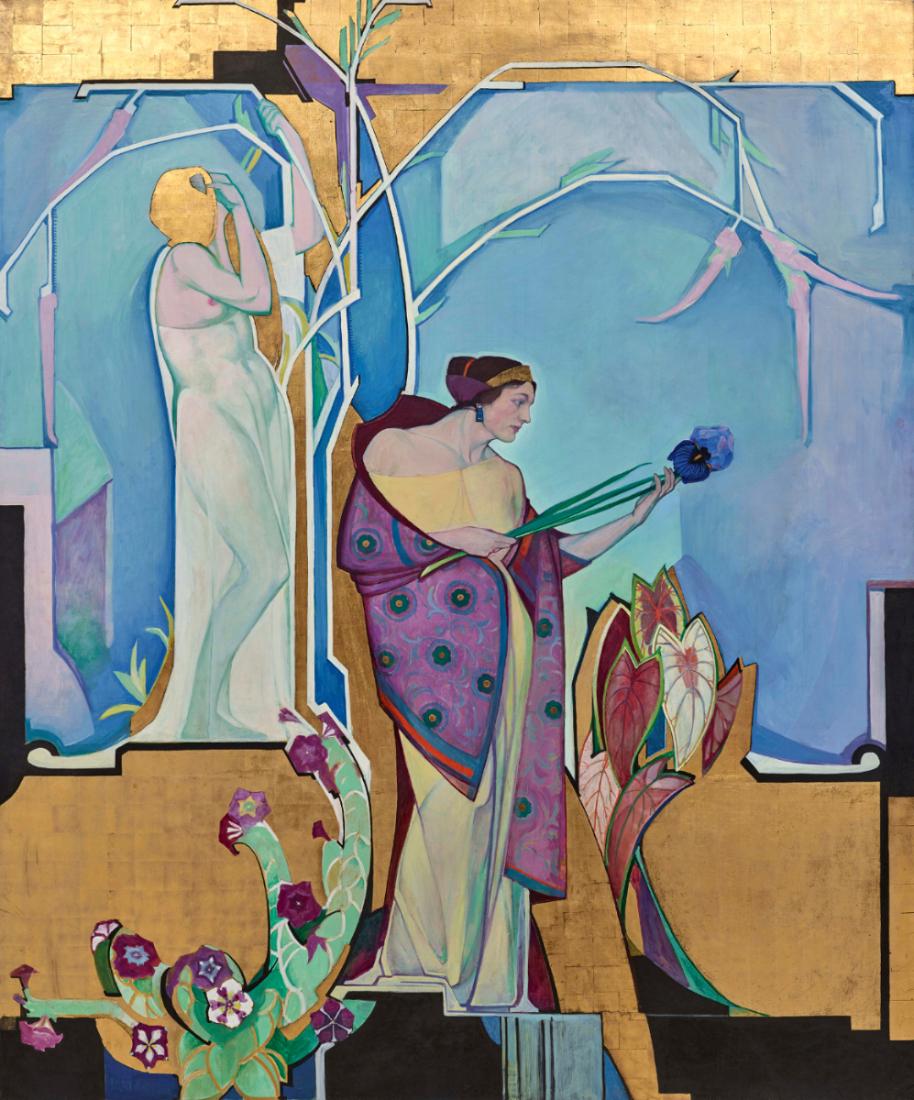 NORFOLK, Va. – This spring, visitors to the Chrysler Museum of Art will experience a dazzling mural by one of the 20th century’s most innovative artists with Edward Steichen: In Exaltation of Flowers, on view Feb. 23–May 30, 2021. Though he is best known today as one of the leading photographers of that era, Steichen began his artistic career as a painter. Created just before World War I, In Exaltation of Flowers was his most ambitious achievement in that medium. The seven panels of the mural, which come to the Chrysler on loan from Art Bridges, measure 10 feet high and nearly 40 feet wide.

“We are excited to partner with Art Bridges to bring Edward Steichen’s spectacular mural to the Chrysler,” said Corey Piper, Ph.D., Brock Curator of American Art. “With this loan, the exhibition offers a unique opportunity to explore connections across many areas of the Museum’s expansive collection, from modern painting and photography to glass and ancient Chinese art.”

Designed for the New York home of his friends Agnes and Eugene Meyer, Steichen created In Exaltation of Flowers with tempera and gold leaf on canvas. The shimmering mural features an elaborate group portrait of Steichen’s and the Meyers’ friends who formed a close-knit intellectual and artistic circle while living in France. The lavish mural will be on view alongside works from the Chrysler’s rich photography and decorative arts holdings that illuminate Steichen’s photographic career. These pairings highlight the broader impact of the figures depicted in the painting, including Isadora Duncan, Mercedes de Cordoba and Charles Lang Freer. Also included are examples from the Chrysler’s collection of Camera Work, an influential art and photography journal published by Alfred Stieglitz between 1903 and 1917. The Chrysler holds a near-complete set of the periodical that advanced the cause of photography as a fine art medium. It introduced many American audiences to European avant-garde artists like Auguste Rodin, Henri Matisse and Pablo Picasso. Together, these works in the exhibition shed light on an under-appreciated aspect of the career of one of America’s greatest photographers while exploring the legacy of a vibrant creative social network and the deeper symbolic meanings hidden in nature.

“Steichen’s mural presents a delightful vision of artists and friends, centered on their love of flowers and nature,” said Piper. “Objects from the Chrysler’s photography and glass collections supplement the fascinating stories of the figures that appear within the expansive painting and the artist who created it.”

Influenced by the work of the symbolist writer Maurice Maeterlinck, the artists, dancers and collectors represented in the mural nurtured a deep interest in the symbolic meanings embodied in flowers. Steichen depicts many varieties of flora with great flourish throughout the mural, meant to emphasize aspects of the sitters’ character and personality traits. They left a wide-ranging creative legacy that is reflected in the objects and photographs displayed alongside the mural in the exhibition.