The Carter to Unveil Rare Thomas Moran Watercolor This August 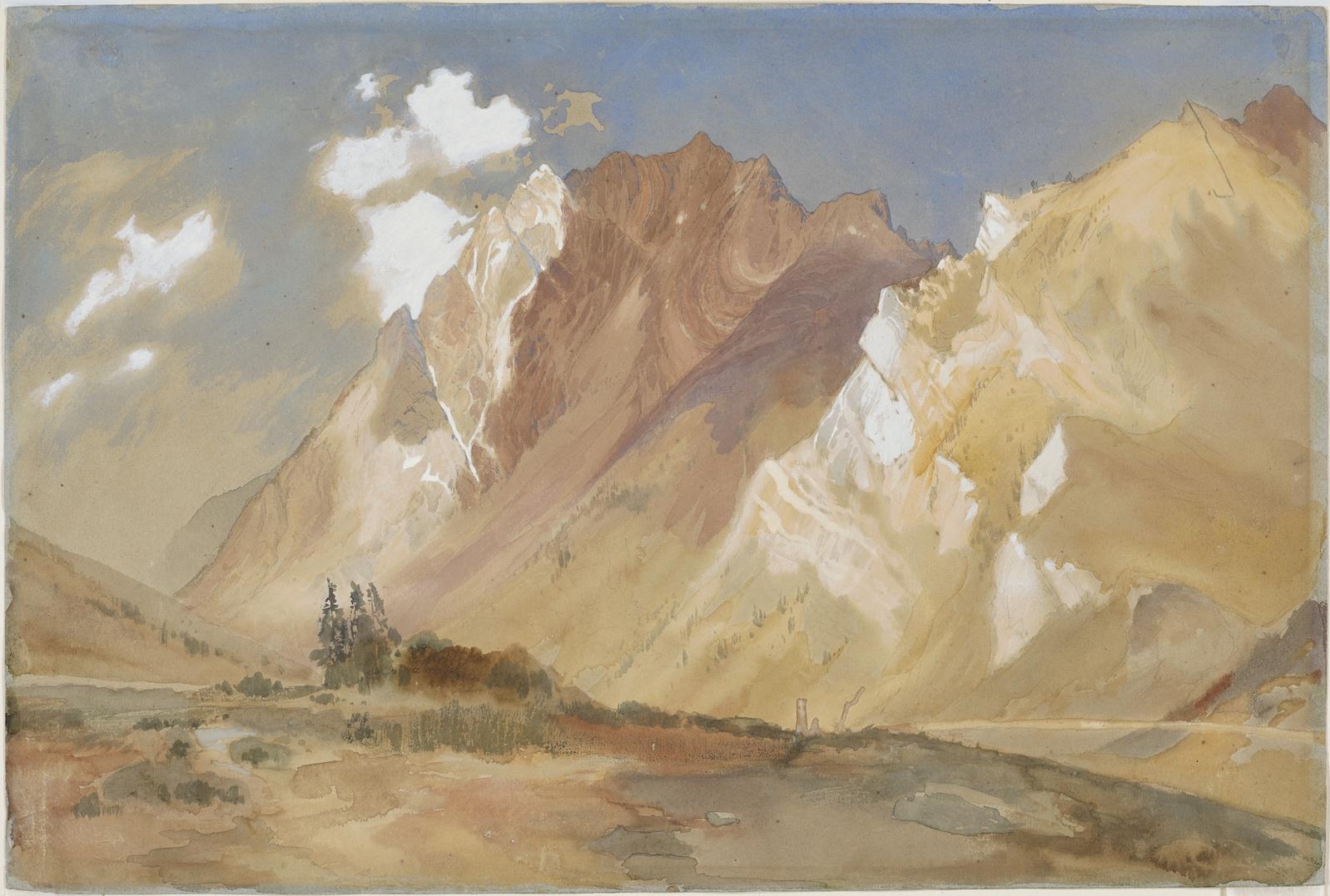 On August 28, 2021, the Amon Carter Museum of American Art (the Carter) will unveil the acquisition of a rare watercolor, Mount Superior, as viewed from Alta, Little Cottonwood Canyon, Utah (ca. 1879) by Thomas Moran in an exhibition that will explore the origin of the work—a little-known story of the artist’s westward journey along the transcontinental railroad—within the context of both the history and the art of the period, as well as the artist’s renowned career. The new acquisition will be exhibited alongside a variety of Moran’s work including an oil painting and prints from the museum’s collection as well as contemporaneous photographs, watercolors, and ephemera, illuminating the life and cultural backdrop of one of America’s most important landscape painters. Thomas Moran’s Mount Superior will be on view at the Carter through December 12, 2021.

Unlike Moran’s better-known works tied to early geological surveys, Mount Superior documents the artist’s encounter with western space by way of the recently completed Union Pacific and Central Pacific rail lines. Inspired by the sights of a summer trip with his younger brother and fellow artist, Peter Moran, the watercolor connects Moran to an important moment of transition in perceptions of the West as industry and access were rapidly expanding.

Mount Superior’s precise brushwork and treatment of the natural world embodies the principles of the Pre-Raphaelite style as espoused by leading Victorian art critic John Ruskin. Emblematic of Moran’s significance within the movement, he was one of the only American artists known to have been represented in Ruskin’s personal collection. Mount Superior—previously owned by Ruskin—is a rare, high-quality Moran watercolor that has not been publicly exhibited in the U.S. for more than a century. Following Ruskin’s death in 1900, Mount Superior entered a private British collection, disappearing from records of the artist’s work until 2018 when it resurfaced on the market. The introduction of Mount Superior into the Carter’s works on paper collection adds depth to the museum’s extensive representation of Moran’s landscape imagery. It also serves as a key touchstone within the museum’s American Pre-Raphaelite holdings, which include some of the country’s most technically precise landscapes produced in the nineteenth century.

“The acquisition of Moran’s Mount Superior perfectly complements the Carter’s collection of the artist’s etchings and watercolors and exemplifies our commitment to preserving American masterworks and the stories they tell,” said Andrew J. Walker, Executive Director. “Celebrating this new acquisition in a dedicated exhibition demonstrates our unique ability to share these stories, drawing from both our extensive Moran holdings and the museum’s unparalleled archives and nineteenth-century photography holdings to provide meaningful context for the artist’s formative impact on American visual culture.” 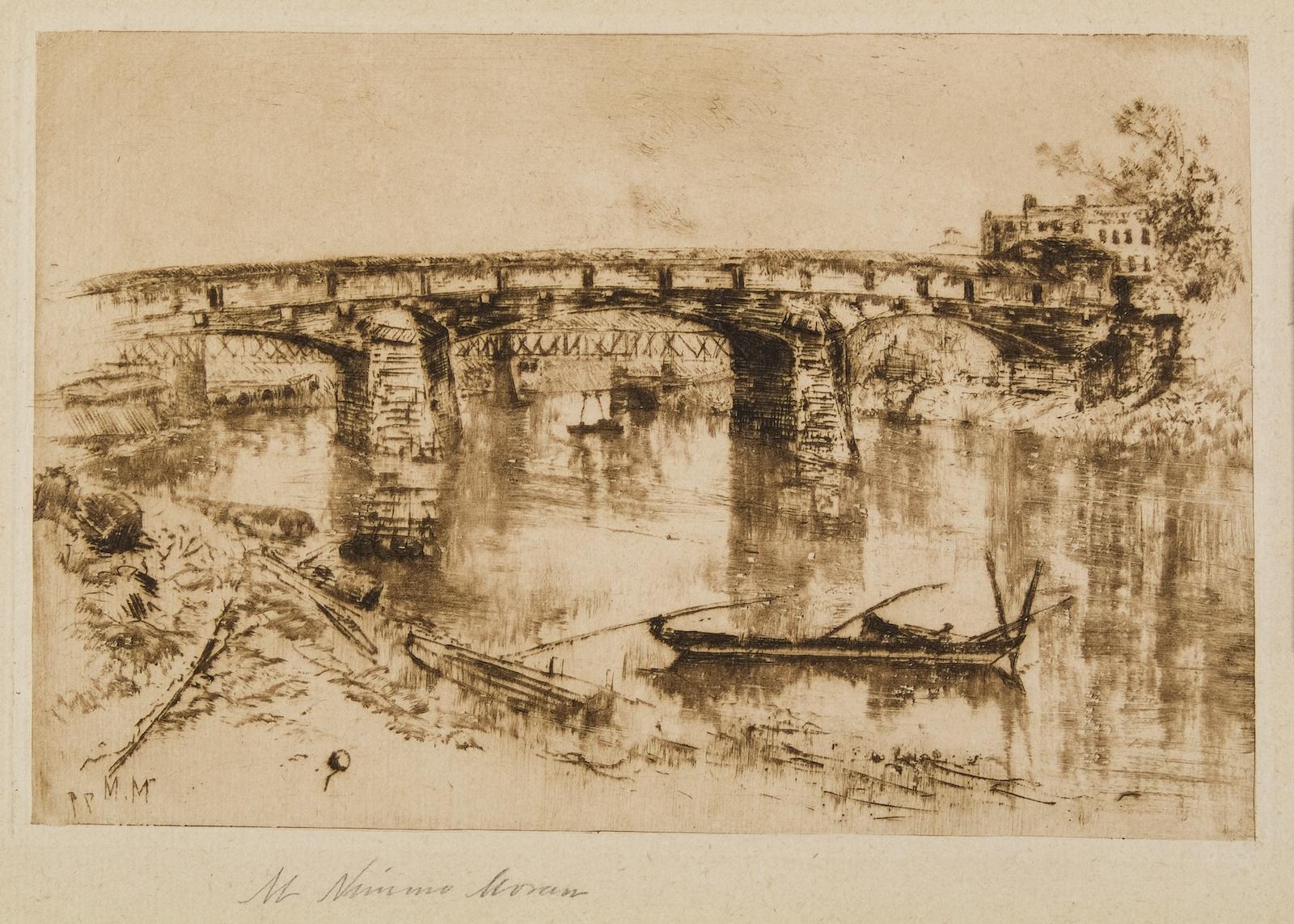 Drawing upon the Carter’s deep holdings of work by Moran and his family, as well as other ephemera and visual objects from the era, Thomas Moran’s Mount Superior explores Moran’s broader artistic practice and its relationship to popular conceptions of the West in the late 1870s and early 1880s. While Moran is most often associated with themes of western discovery, this exhibition uses historical photography of railway construction and other documentary materials, including tourist postcards and a novelty stereograph, to craft a sense of place around the creation of Mount Superior and connect Moran’s journey and resulting watercolor to the urban development that was taking place throughout the West at the time. The exhibition also includes several of Peter Moran’s watercolors from the trip, etchings by Thomas and his wife, Mary Moran, and photographs of Panama by Thomas’ older brother John Moran, whose travels, like those of his brothers, aligned with major industrial projects.

“In recounting the circumstances of Moran’s trip, we have a platform to highlight the Carter’s holdings of vernacular imagery, a particular strength of our photography collection,” said Kristen Gaylord, Assistant Curator of Photographs. “Through both their visual depictions and their original intended use, these supporting materials capture the world surrounding Mount Superior, offering fresh perspective on Moran’s cultural significance.”

“Displaying this long-lost watercolor for the first time, the Carter has a unique opportunity to shed new light on an iconic American artist as he forged his place within the rapidly industrializing West,” added Spencer Wigmore, Assistant Curator of Painting, Sculpture, and Works on Paper.

Thomas Moran
A renowned painter and etcher, Thomas Moran (1837–1926) is known as one of the premier landscape painters of the 19th century, having made substantial contributions to American cultural history during his 70-year career. Born in Bolton, England, Moran immigrated to the United States in the early 1840s and lived in Philadelphia, PA. He began work as an apprentice at an engraving firm as a teenager and furthered his studies working in the studio of his older brother Edward, an established marine painter. Under Edward’s tutelage, Moran developed a life-long interest in the paintings of English artist J.M.W. Turner, a visual influence that is particularly visible in the iconic watercolors Moran produced after joining Ferdinand Vandeveer Hayden’s 1871 expedition to Yellowstone. These landscapes drew immediate national attention and were praised as instrumental in the passage of the bill that established Yellowstone as the first National Park. Catapulting Moran’s notoriety, Congress purchased his large-scale painting The Grand Canyon of the Yellowstone (1872) to commemorate the legislation, and soon after acquired his oil The Chasm of the Colorado (1873–74) as well. In 1874, Moran completed Mountain of the Holy Cross, a large watercolor that became the artist’s prominent contribution to the Centennial Exposition in Philadelphia in 1876 and is now one of his best-known works uniting themes of wilderness and religion.

During his illustrious career, Moran enjoyed considerable acclaim and exhibited his work at the Royal Academy of Arts, London; the Metropolitan Museum of Art; and the Smithsonian Institute, among other prominent galleries and institutions. Moran traveled extensively during his life, journeying across the United States and Mexico and retracing Turner’s European excursions. Since his death in 1926, Moran’s work has been collected and exhibited widely, solidifying the artist’s place in American history. The Thomas Moran House in East Hampton, NY, was designated a National Historic Landmark in 1965, and in 1997 the National Gallery of Art, Washington, DC, mounted a landmark retrospective of his work. Today, Moran’s works are held in the White House Collection and the permanent collections of the Smithsonian American Art Museum, Washington, DC; the Cooper Hewitt, Smithsonian Design Museum, New York City; and the Amon Carter Museum of American Art, Fort Worth, TX, among many others.