A previously unknown study by celebrated Austrian artist Egon Schiele (1890–1918), valued at $100,000 to $200,000, was discovered by an anonymous part-time art handler at a Habitat for Humanity ReStore in Queens. The buyer visited the store regularly to dig around for antiques and objects of interest. While browsing one day, he discovered the Schiele drawing sitting between some picture frames. 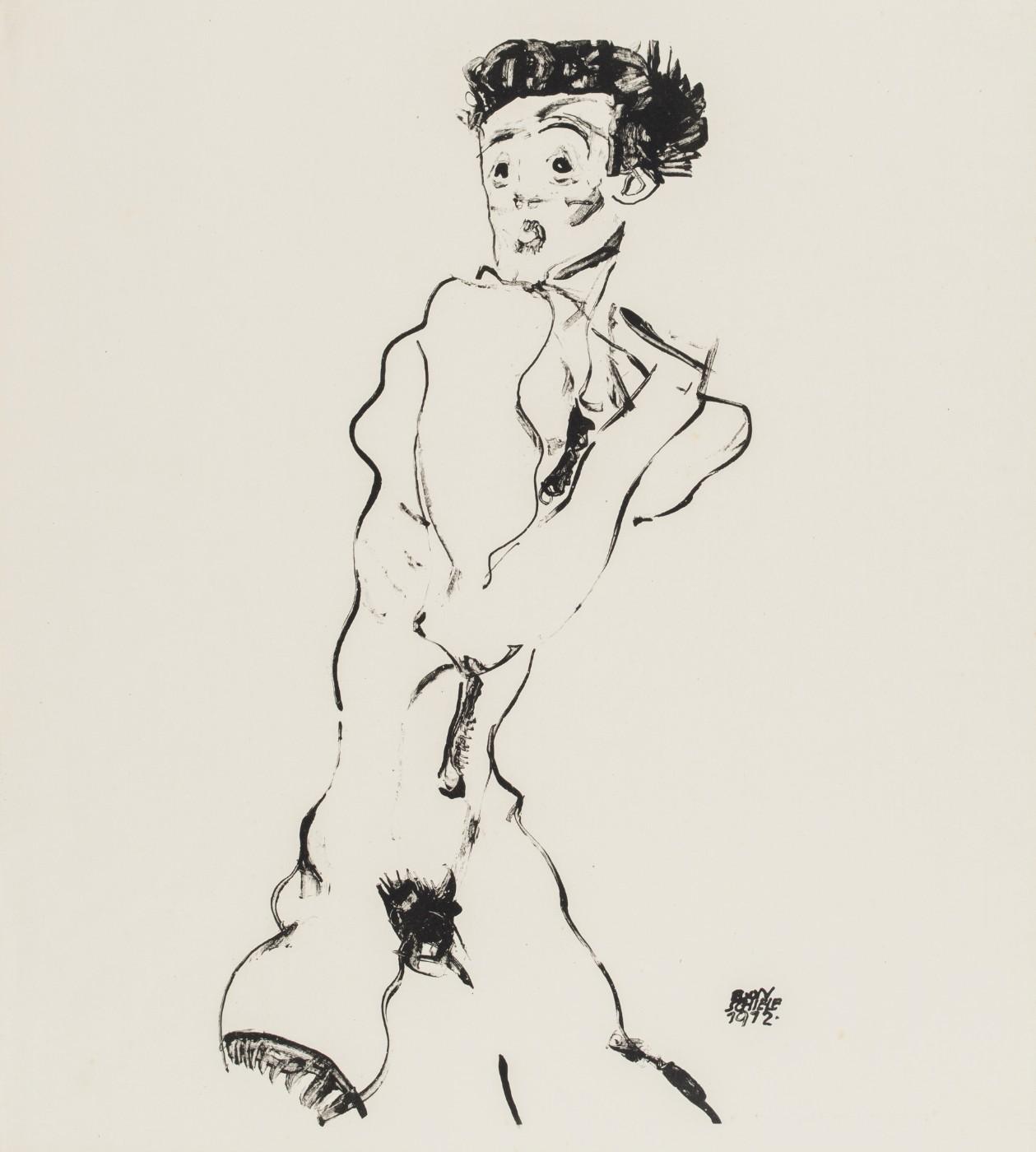 “It looked old and out of shape but I loved the drawing,” he said. “I loved everything about it, even the smell of that old vintage paper.” Having a good eye for art, he became convinced his find was a Schiele. “When I buy a piece of art I always do my research to get to know the artist and its history... I looked around to see who knows more about the artist and found the Galerie St. Etienne.”

The oldest gallery in the US specializing in Austrian and German Expressionism and self-taught art, Galerie St. Etienne prides itself on scholarship. Recognized as the leading authority on Schiele, the current director, Jane Kallir, was the obvious choice for authentication. Kallir has written a catalogue raisonné on Schiele, as well as authoring over 20 books. The buyer originally sent in a jpeg that wasn’t clear enough for a verdict, but when he finally brought the piece in, its creator was obvious. Kallir says, “In over 30 years of authenticating Schiele’s work, I have only once before encountered a drawing with such an unusual provenance... Antiques Roadshow notwithstanding, works of genuine significance are seldom discovered in such a setting... Nevertheless, based on the fluidity and spontaneity of the line, this drawing is, in my opinion, clearly by the hand of Egon Schiele.” 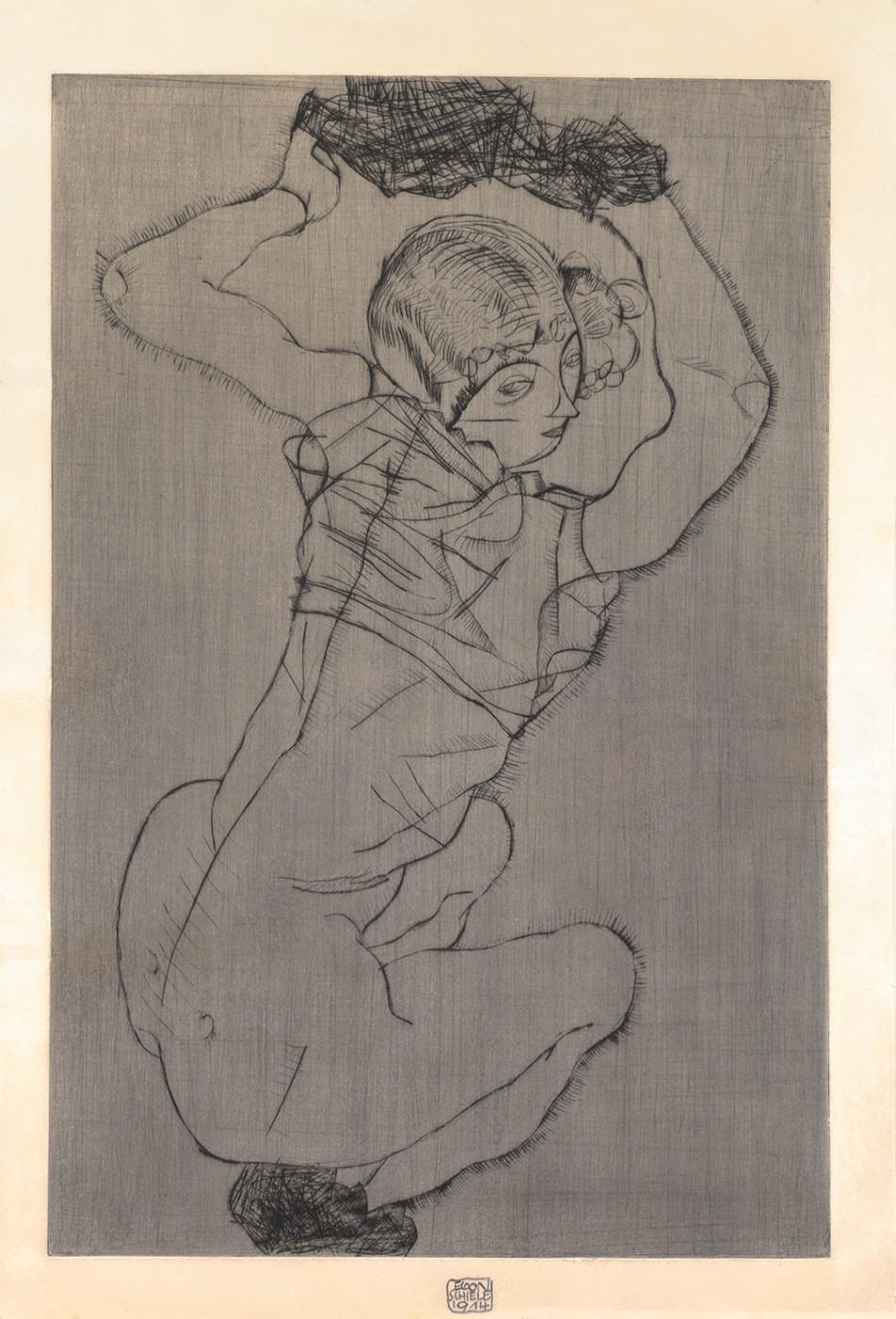 A major figurative painter of the 20th century, Schiele entered the public eye while still a teenager, due in part to his mentor Gustav Klimt. His raw, unconventional style, eroticism, figural distortions and fascination with taboo subjects made him instantly controversial. His masterful artistry makes it all the more exciting that an unknown work has been discovered.

The drawing, a striking crayon-on-paper study of a young girl who had frequently modeled for Schiele before, both with and without her mother, Reclining Nude Girl, circa 1918, is currently on view at Galerie St. Etienne as part of The Art Dealer as Scholar. The second of three exhibitions celebrating the Galerie St. Etienne's 80th anniversary, it features approximately 70 important works by Käthe Kollwitz, Alfred Kubin, and Schiele. The exhibition traces the creative process of these three artists, and examines how the Galerie St. Etienne promoted scholarship throughout the 20th century, and, by extension, how dealers’ roles have evolved in today’s contemporary market. If and when Reclining Nude Girl is sold, a portion of the proceeds will be donated to the Habitat NYC ReStore.

The Art Dealer as Scholar runs through October 11th.