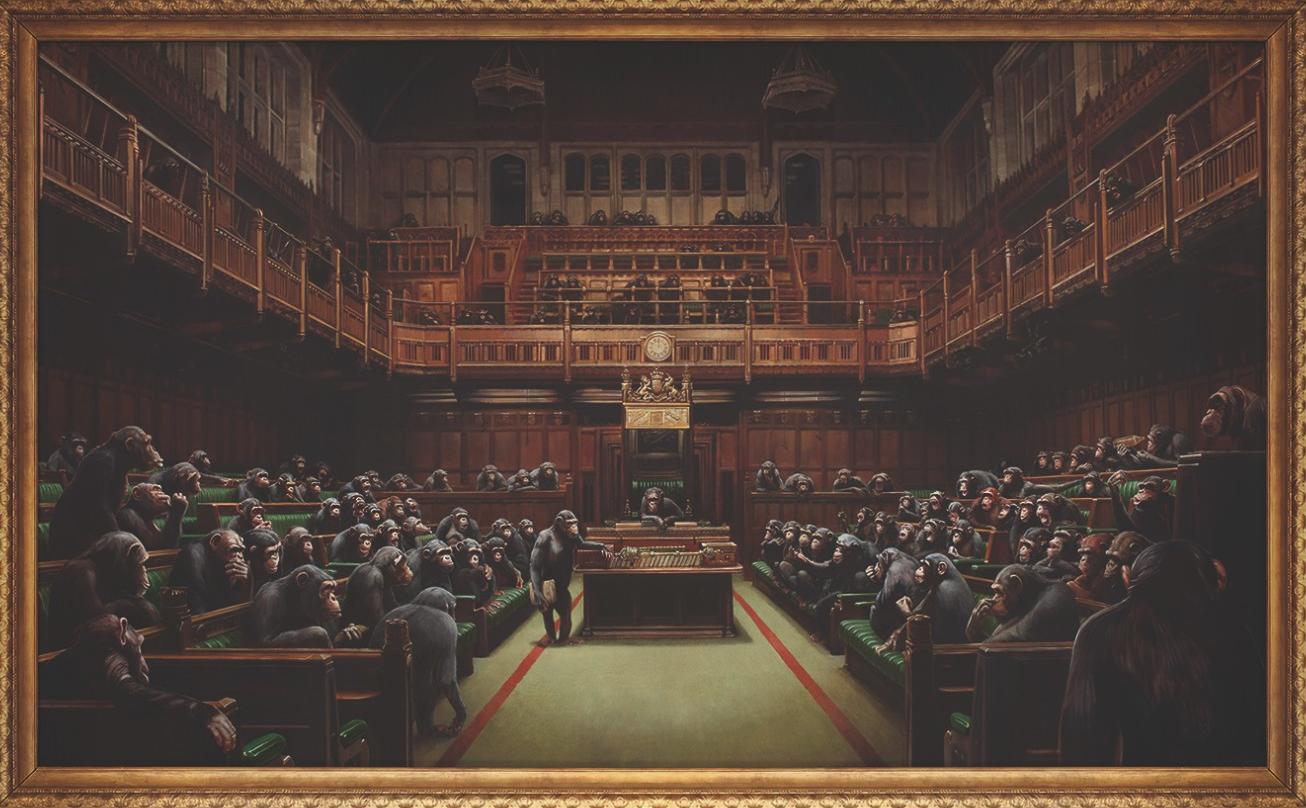 Yesterday in London the much-anticipated sale of Banksy's 2009 Devolved Parliament set a remarkable new record for the artist at auction. Offered as the highlight of Sotheby’s Contemporary Art Sale, the painting depicting the House of Commons run by chimps has drawn a lot of attention for the fact that the artist has altered the canvas in recent years, changing subtle details since the work was first displayed in 2009.

All of the excitement surrounding the artist's changes and the timeliness of an ever-impending Brexit paid off, sparking a bidding war that pushed the painting well above its $2.5 million high estimate. Selling for $12.2 million, Devolved Parliament dwarfs Banksy's previous record of $1.9 million set at Sotheby’s New York in February 2008, for Keep It Spotless (2007).

Infamous anonymous British graffiti artist, political activist, and film director Banksy (b. 1975) has only grown more popular over the years. Active since the 1990s, Banksy’s satirical and subversive art comments on the political and social climate. His stenciled graffiti works have appeared in public spaces around the world, and prints of his work are increasingly collectible. People have even removed and preserved the walls and garage doors his public works were painted on. Banksy gained even more notoriety last year when a framed version of his Girl With Balloon shredded itself during an auction, becoming a new artwork, the first-ever created during a live sale, titled Love In The Bin. 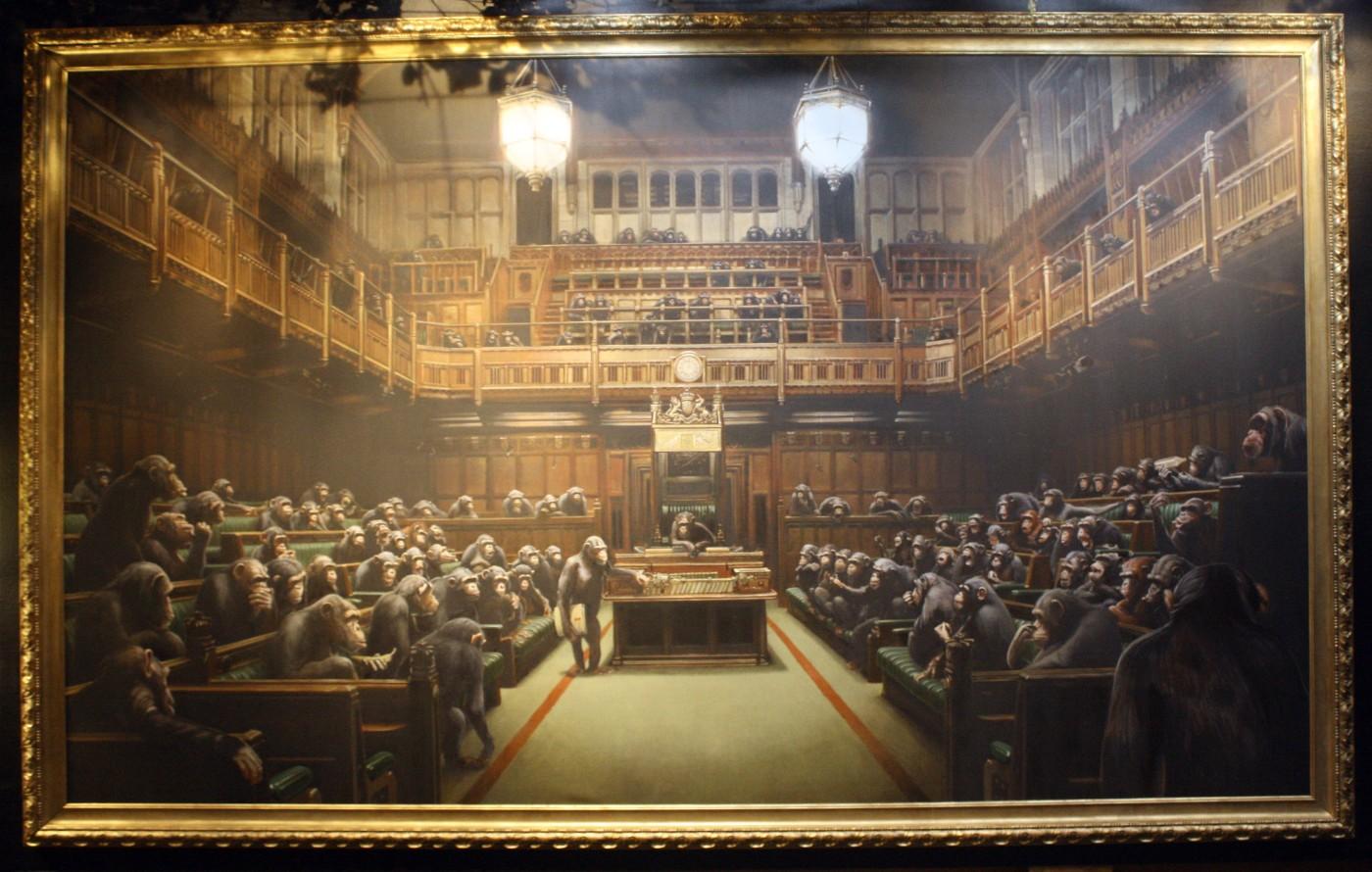 Ever the trickster, Bansky continues to be a provocateur. Exactly a year from when Love In The Bin was created during an auction, another painting has been making waves, just in time for the Brexit deadline. The press has been buzzing about his featured piece in Sotheby’s London Contemporary Art Evening Auction, noting subtle differences since its debut at the Bristol Museum in 2009.

Originally titled Question Time, the painting depicts the House of Commons entirely populated by irate chimpanzees. Banksy has subtly reworked the 2009 painting, creating Devolved Parliament. Chandeliers have been removed, giving the space a darker ambiance. The orientation of one chimp’s banana has been inverted, and some ornate wooden carvings have been changed, leading fans to hunt for secret meanings in the changes. Devolved Parliament was on public display at Sotheby’s London before the October 3 auction. This 13-foot painting is the largest known canvas by Banksy and had a presale estimate of $1.9 million to $2.5 million. 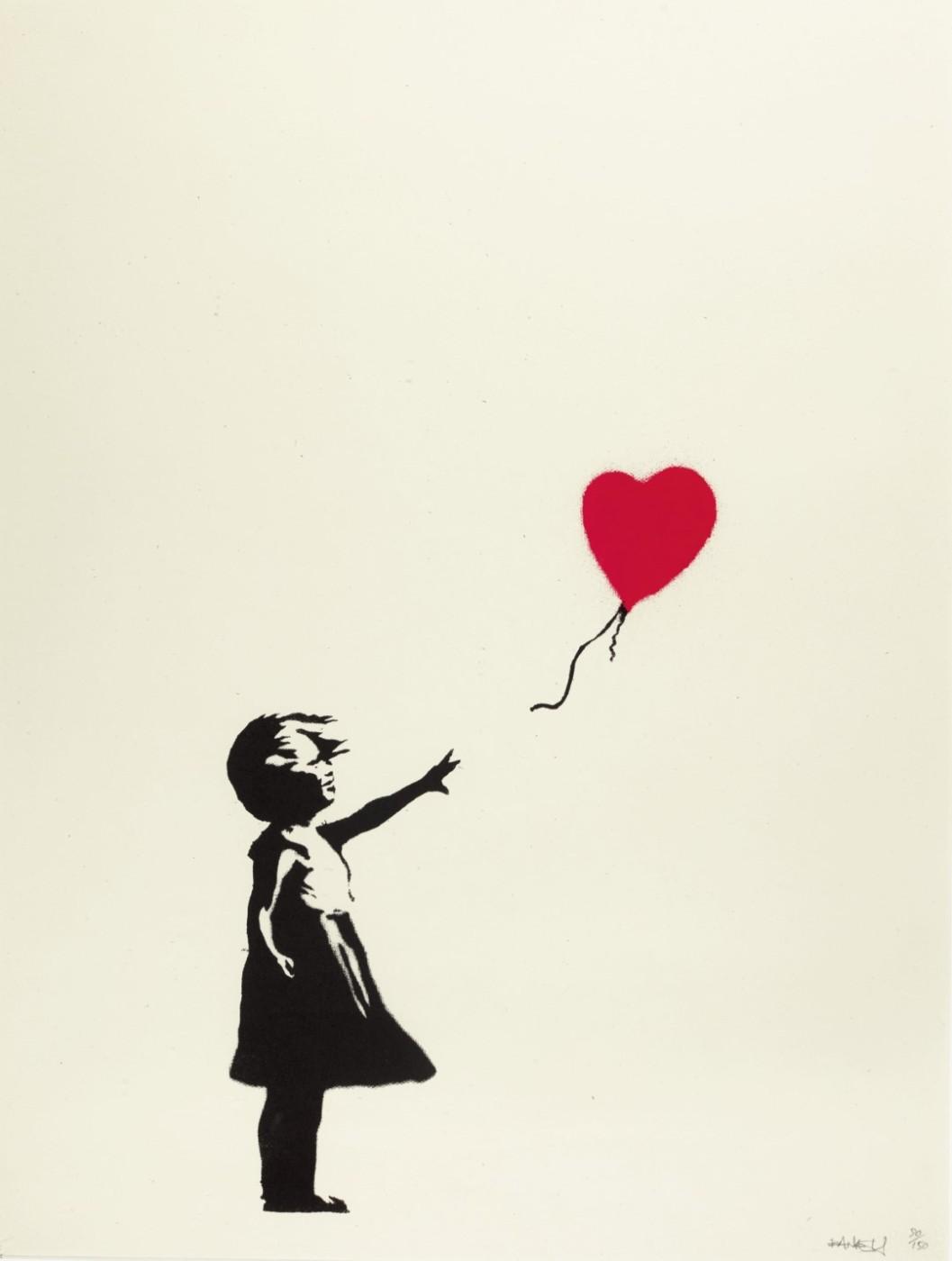 Meanwhile, sales of Banksy works are heating up online. Capitalizing on his increasing popularity, Sotheby’s and Christie’s recently held concurrent online Banksy auctions. Sotheby’s London online auction closed September 19 and did exceptionally well, selling 100% of the offered lots. Over 100 bidders competed for Banksy’s certified authentic artworks, including screenprints and canvases. The now-iconic Girl with Balloon, lot 14, eclipsed its previous world auction record for this subject on paper, selling for $249,512 against a pre-sale estimate of $74,853 – 99,804. Originally a series of stenciled murals throughout London, usually featuring a red balloon, Girl with Balloon has become synonymous with Banksy. 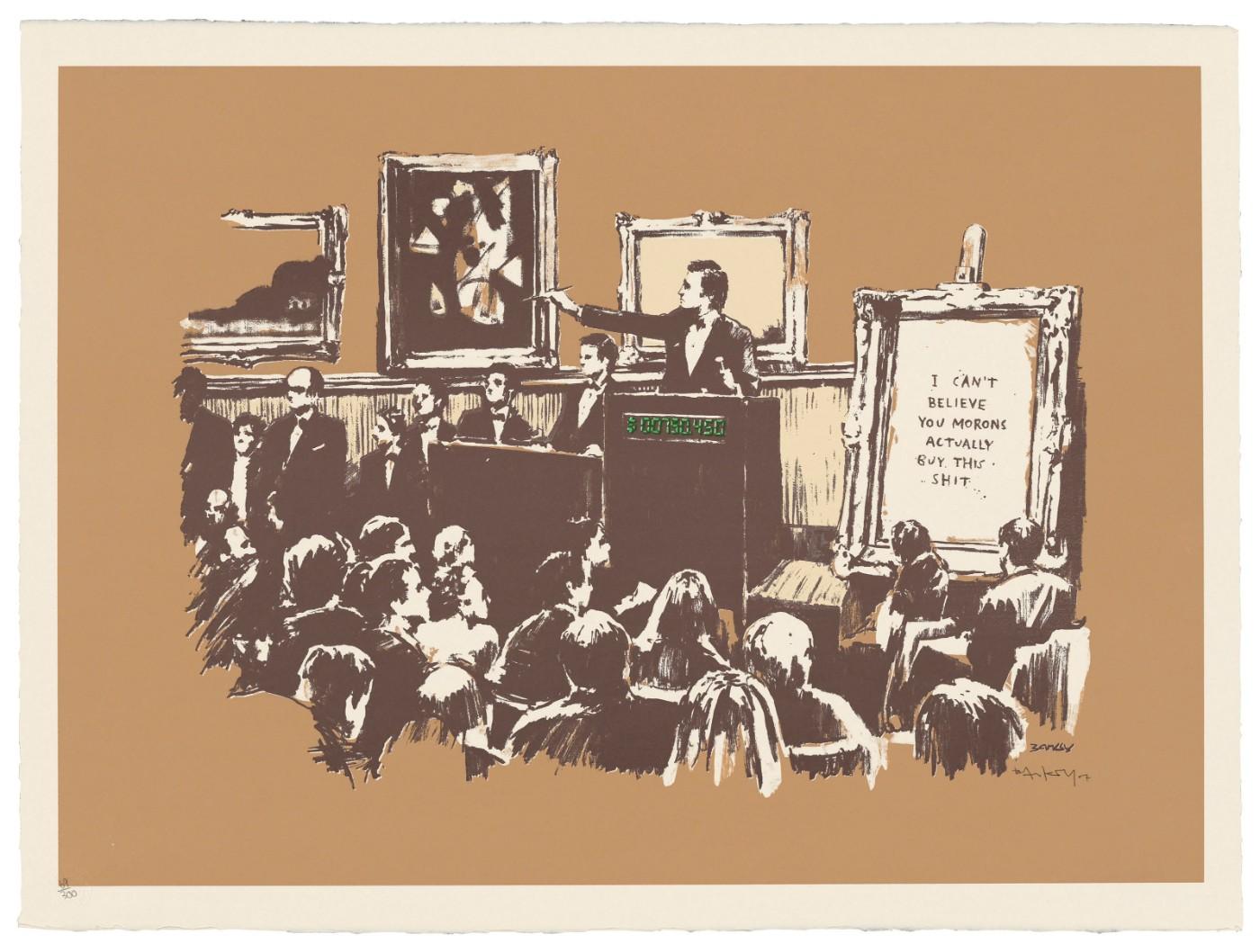 Christie’s online auction borrowed its impudently ironic title, Banksy: I Can’t Believe You Morons Actually Buy This Sh*t from one of Banksy’s featured pieces, Morons (Sepia). Running September 11-24, this auction also sold 100%, with total sales at $1,470,802, double the presale estimate. Registered bidders from 16 countries across 4 continents vied for thirty editions of various popular Banksy works. The auction was led by an extremely rare artist’s proof of Girl with Balloon – Colour AP (Gold) (2004, estimate: $190,000 – 300,000), which realized $517,777, a record-making sale for both a Banksy print and a European online artwork sale at Christie’s. While generally featuring a red balloon, there are a limited number of signed artist's proofs in purple, blue, pink and gold. This is the first time any color variant was offered at auction. The sale also featured the famous red balloon version, Girl with Balloon (2004, estimate: $61,000 – 84,000/sold $81,875), one of 150 signed editions and 600 unsigned impressions.