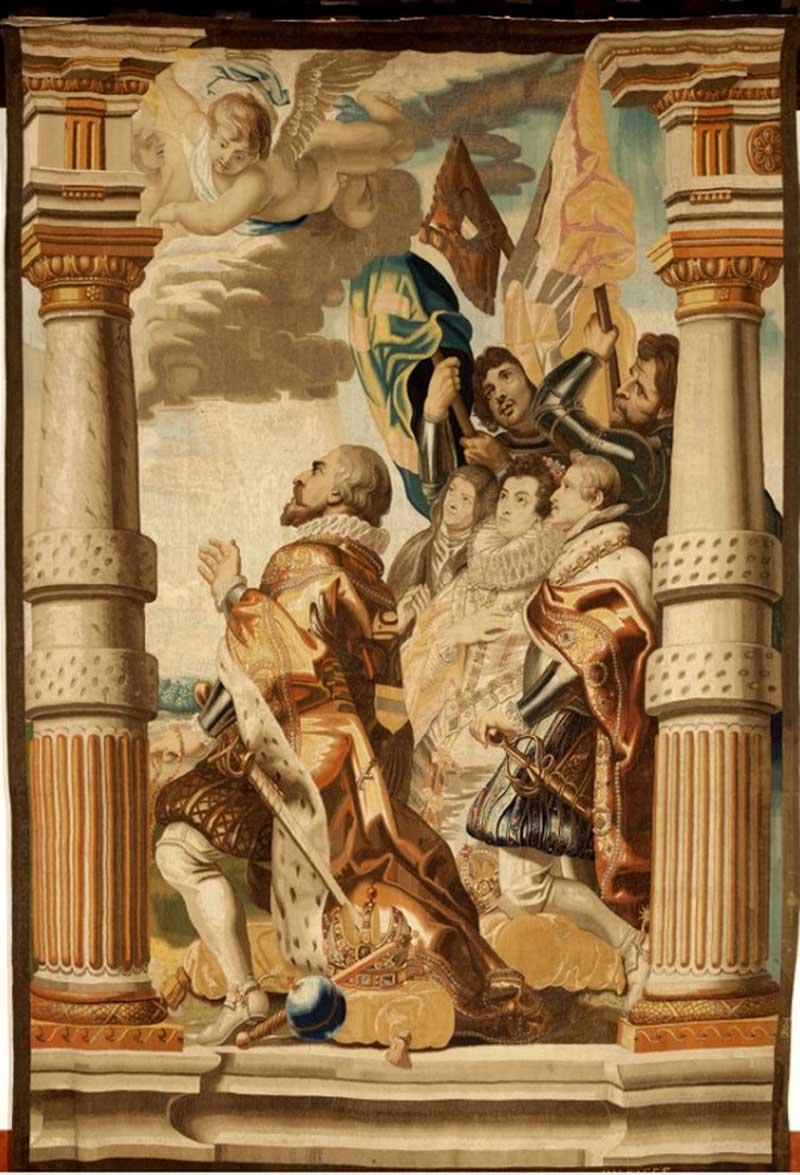 An art dealer in the Hague recently made a once in a lifetime discovery—an original work by the master of Flemish Baroque Peter Paul Rubens. The oil sketch, called The Secular Hierarchy in Worship, was brought to the Hoogsteder & Hoogsteder Gallery by a private Belgian owner, reports the Telegraph. Originally oil on wood, but later transferred to canvas, the work is a preparatory piece for a tapestry produced for the Franciscan convent of the Descalzas Reales in Madrid. The work depicts a group of royals celebrating the Eucharist, a reverse image of a similar tapestry, pictured above, and much like a work at the Speed Art Museum, below. The work is the first Rubens to be authenticated in 19 years. 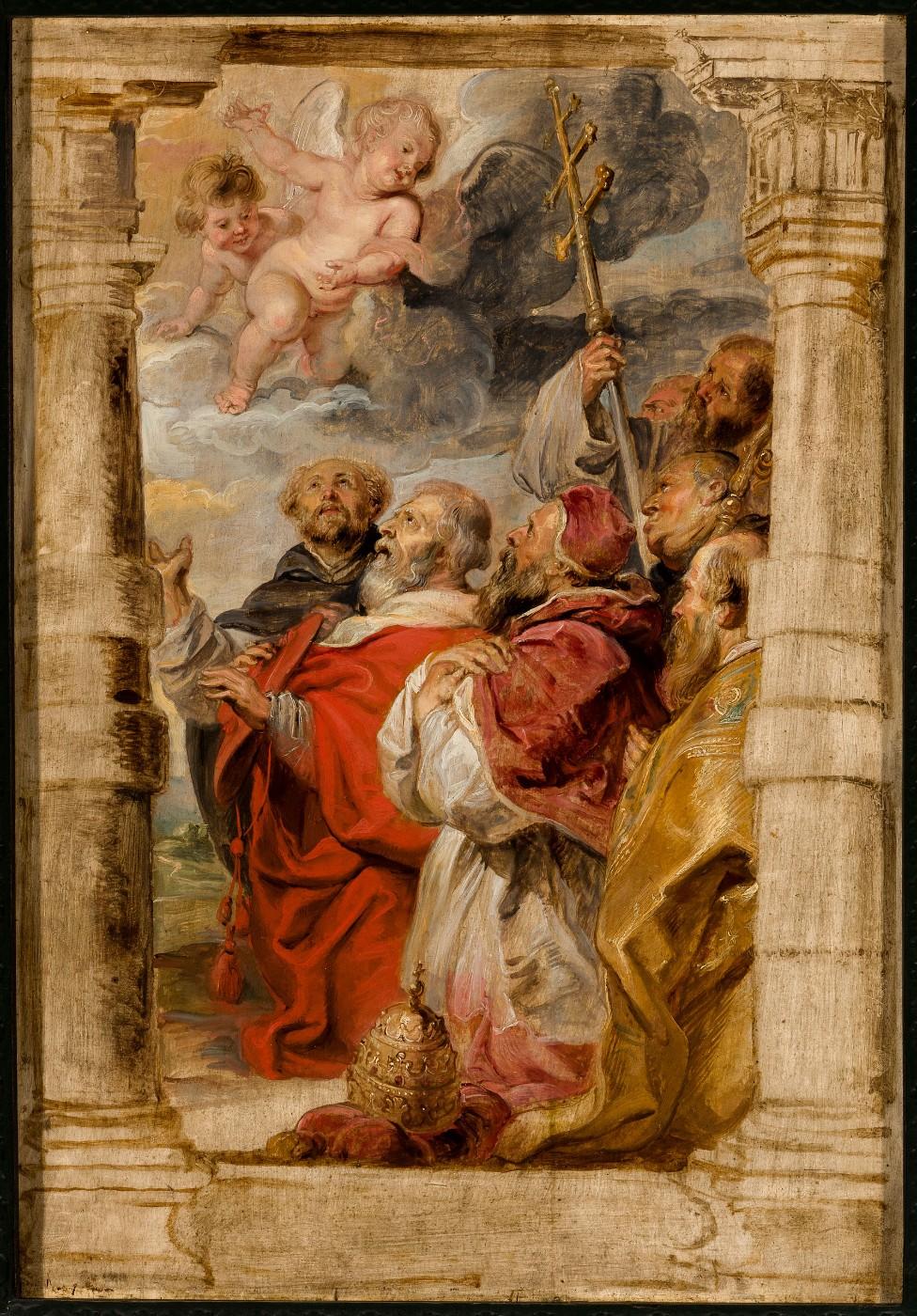 Known for his lush portraits of nobility and his grand, dramatic portrayals of mythological, historical, and Biblical scenes, Rubens (1577-1640) was a prolific painter who was knighted in Spain and England for his service to the crown. He painted many minor, preparatory sketches for his larger works, and though these works were originally cast-offs, they are now highly valuable.

Sotheby’s is offering a chalk drawing by Rubens at their upcoming Old Masters Drawings auction. The work, Nude Study of a Young Man with Raised Arms, is being sold by a member of the Dutch royal family, and is estimated at $2.5-3.5 million. Members of the Dutch parliament have raised objections to the sale, insisting that local museums should have the opportunity to purchase the work before an international sale, in order to keep their cultural patrimony at home. The Prime Minister, however, stated that this was a private matter, and that the sale would continue uninhibited. 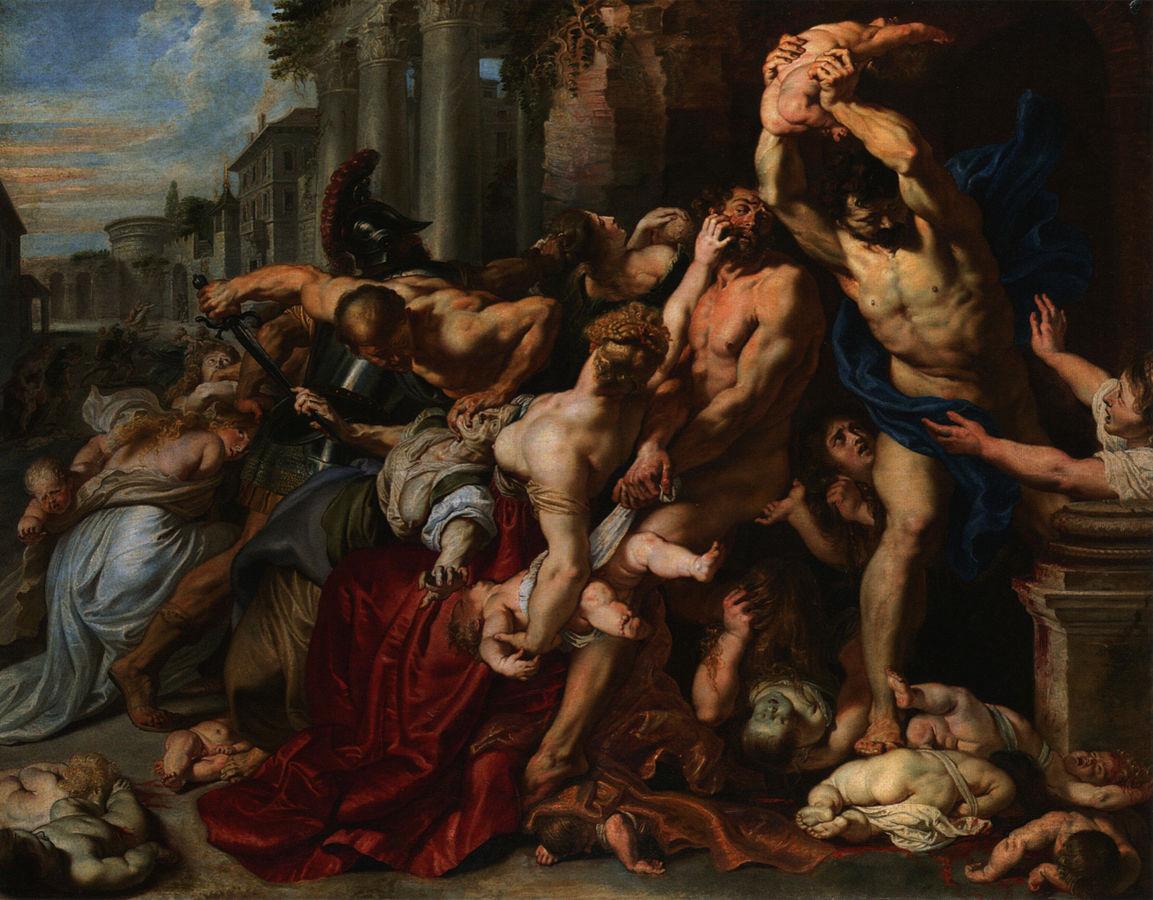 Rubens paintings have repeatedly broken auction records. In 2012 the $58.1 million sale of Lot and His Daughters (circa 1613–14) reached the highest price ever paid for an Old Masters painting at Christie’s. In 2002, a recently rediscovered Rubens work, The Massacre of the Innocents (1609–11), sold for $76.5 million at Sotheby’s London, at the time the record auction price for an Old Master painting. While these two, smaller works won’t be breaking this caliber of auction record, they are certain to draw many eager bidders.