Encyclopedic Jewelry at The Met Shows Connections Across Cultures, History 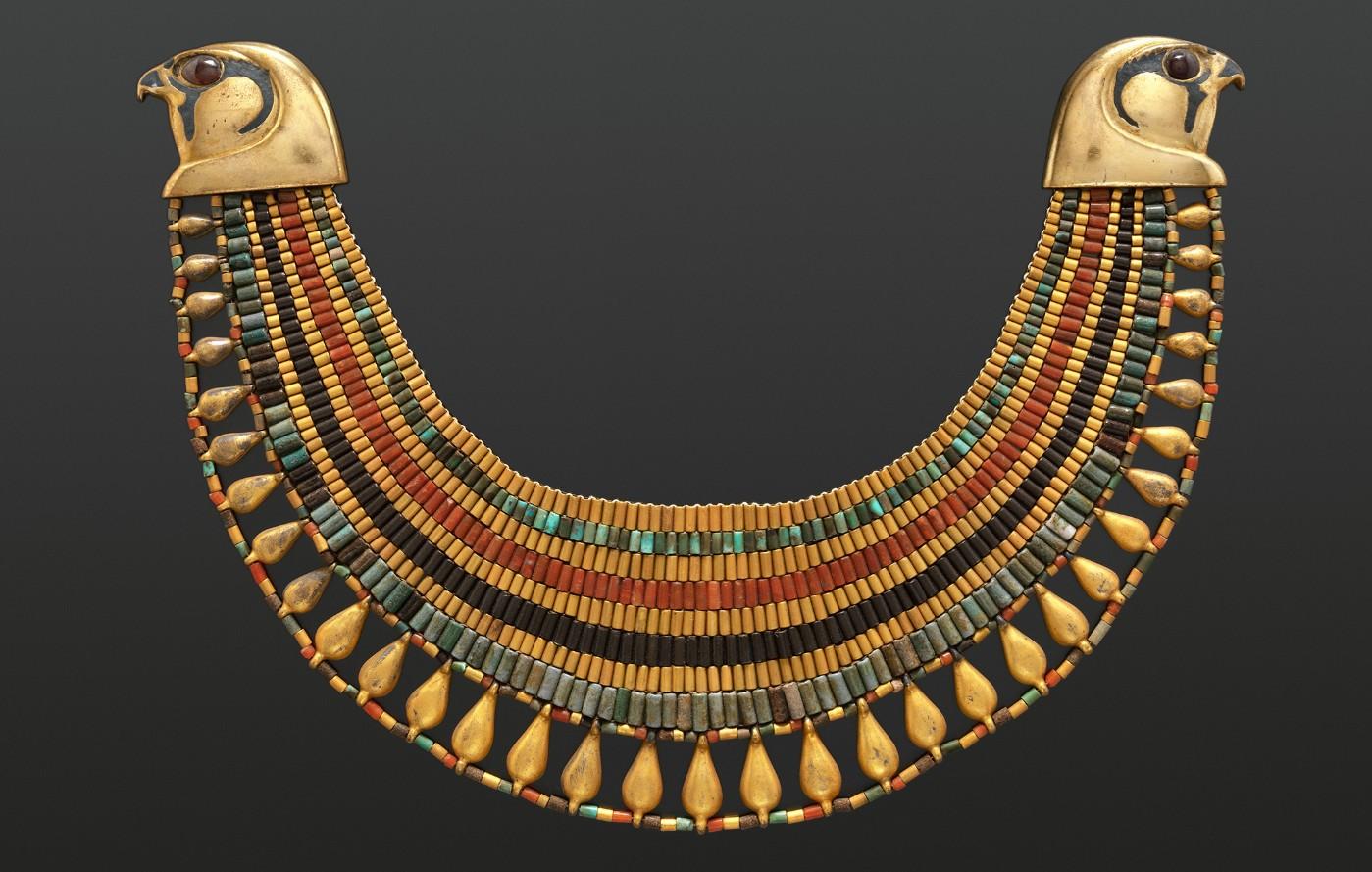 The magnificence of the Metropolitan Museum of Art, one of the great repositories of the world’s cultures as expressed in its art and material objects, defies the limits of categorization. Its treasures reach across the millennia and around the globe in its effort to capture every type of art, in every medium, made by humans since before recorded history.  Now, in one exhibition, Jewelry, the Body Transformed, it has attempted to bring all of those disparate cultures together in one overarching exhibition.

Curators from across the Museum’s areas of specialization contributed items from their various departments to illustrate the human urge to ornament the body. The selected objects, 230 in all, have been reassembled by themes rather than chronology or geography, suggesting new connections. Some of these are obvious, such as royals invoking their right to wear certain precious objects denoting not just their relative wealth but also their elevated social status. 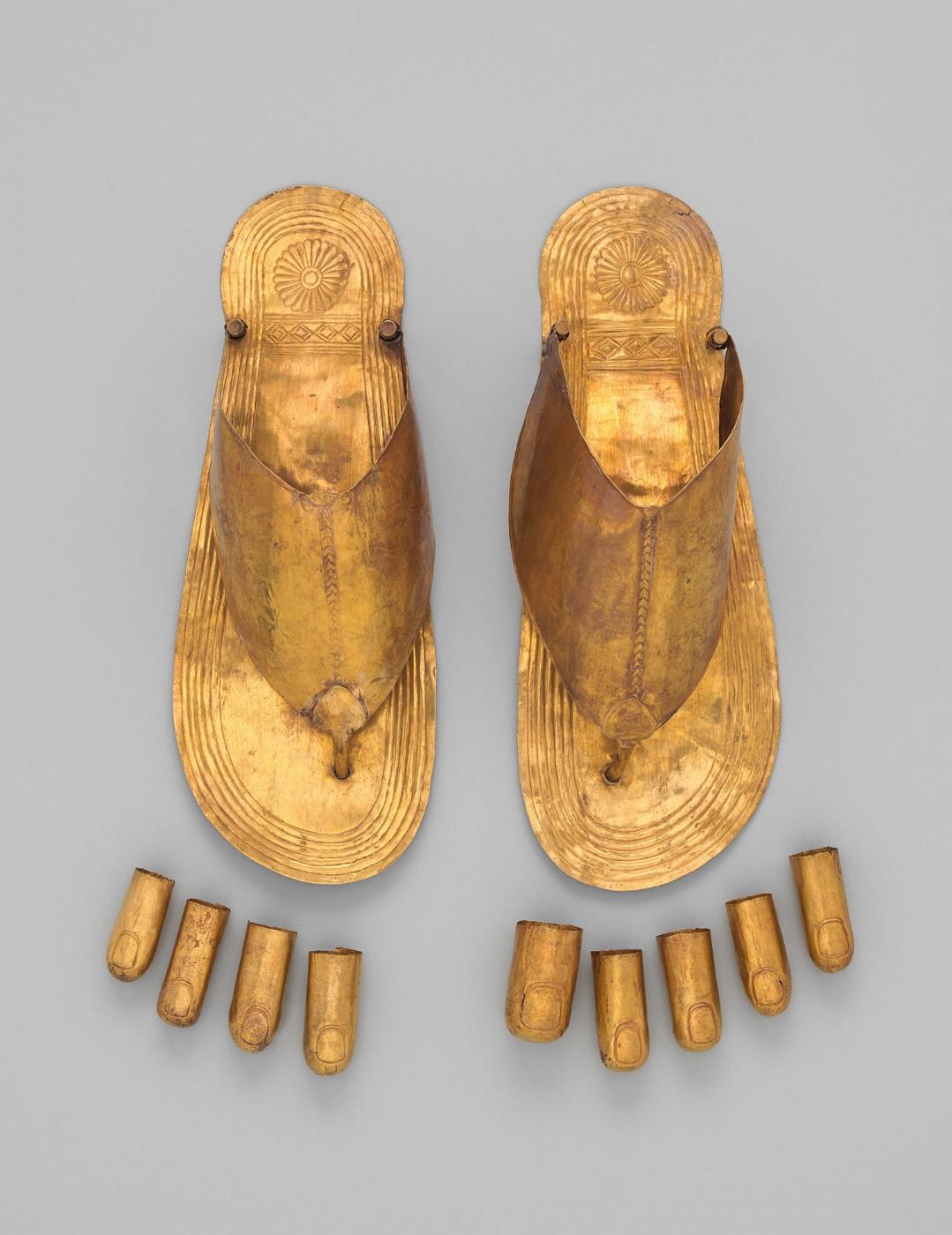 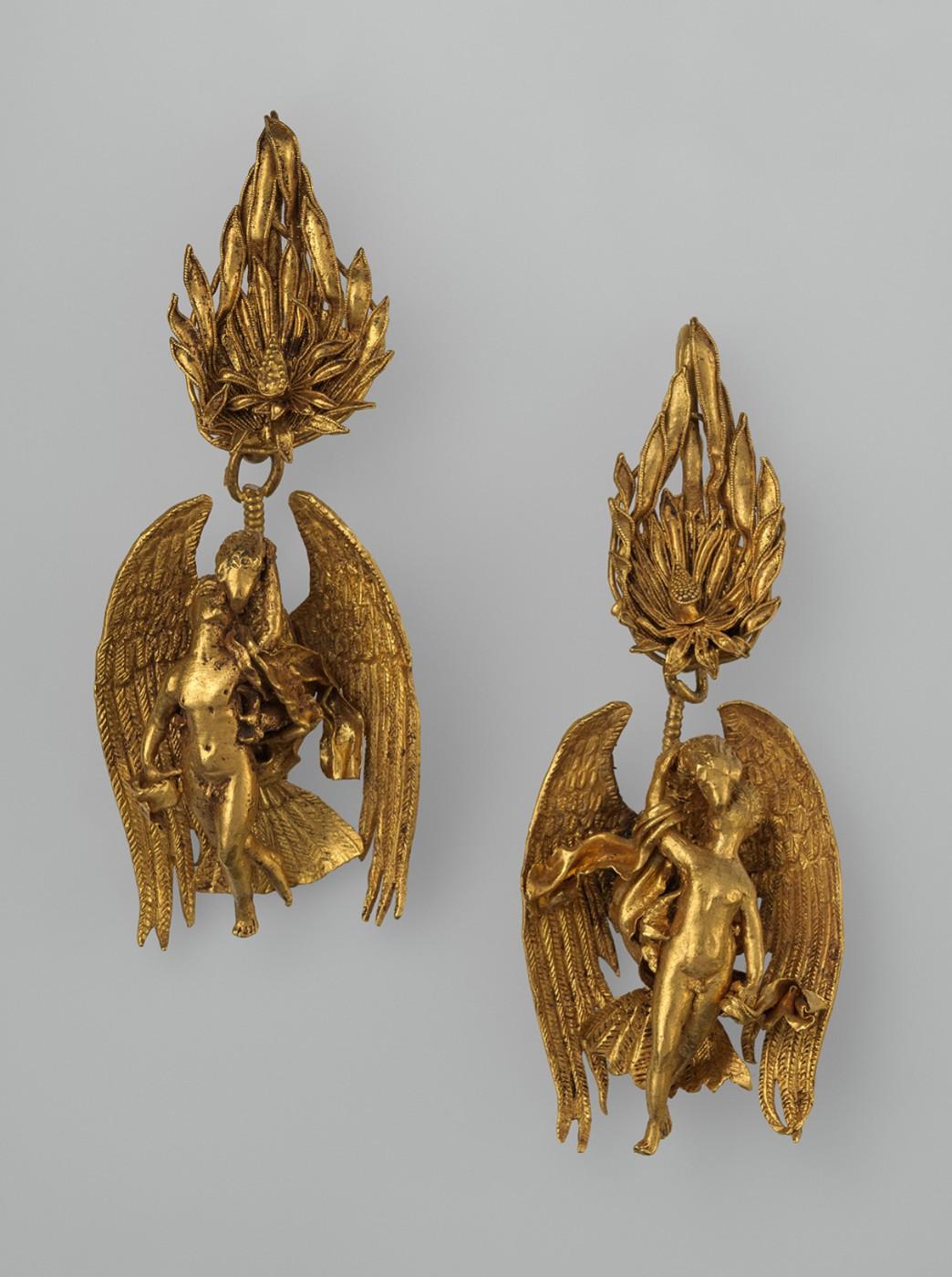 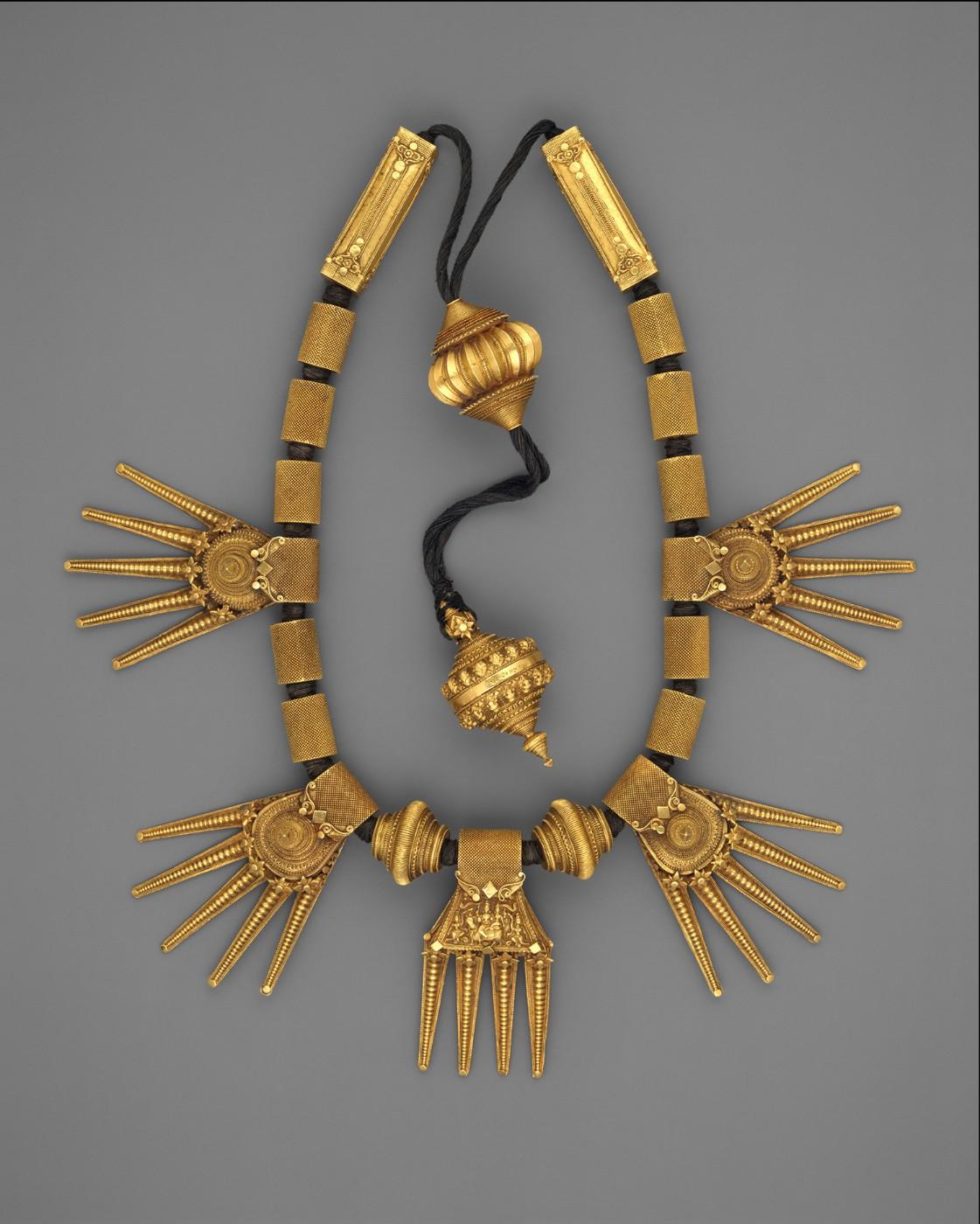 This concept extends to the afterlife, in the form of funerary jewelry, including a pair of gold sandals and toe ‘stalls’ from the reign of Thutmose III, circa 1479-1425 BC. We would be much poorer in our knowledge of ancient Egypt were it not for the dedication of the keepers of royal paraphernalia in making sure that the most precious adornments were entombed with the pharaohs and kings. In addition to such historically important associations, the exhibit puts rather heavy emphasis on the role of gods in various cultures.

Other themes are less clearly defined, or useful: there is an arbitrary line between objects that express the “divine” body as opposed to the “transcendent” body, “the “alluring” body and the “resplendent” body. These divisions create a sense of whiplash effect for the viewer who is yanked back and forth between periods and regions.

The many jewels made for men remind us that until modern times, men often expressed their wealth, status and style through opulent jewelry and gemstones. The exhibit extends to modern jewelry as well including works by Lalique and Cartier. While most jewelry is made from materials intrinsic to a region, those that use imported materials represent a different way to demonstrate wealth.

Perhaps the point could also have been made that reaching out to materials from other regions or cultures indicates a desire for novelty. Why are cowry shells prevalent in jeweled objects from parts of Africa that are far from the ocean and considered symbols of status and wealth? Why did Indian maharajahs bring carved gemstones to French jewelers to be placed in contemporary settings? Their wealth allowed them to do this but a desire to be seen as modern and fashionable was equally at work.

Jewelry: The Body Transformed is on view through February 24, 2019.