The Academy Museum of Motion Pictures Premiers After Long Stall 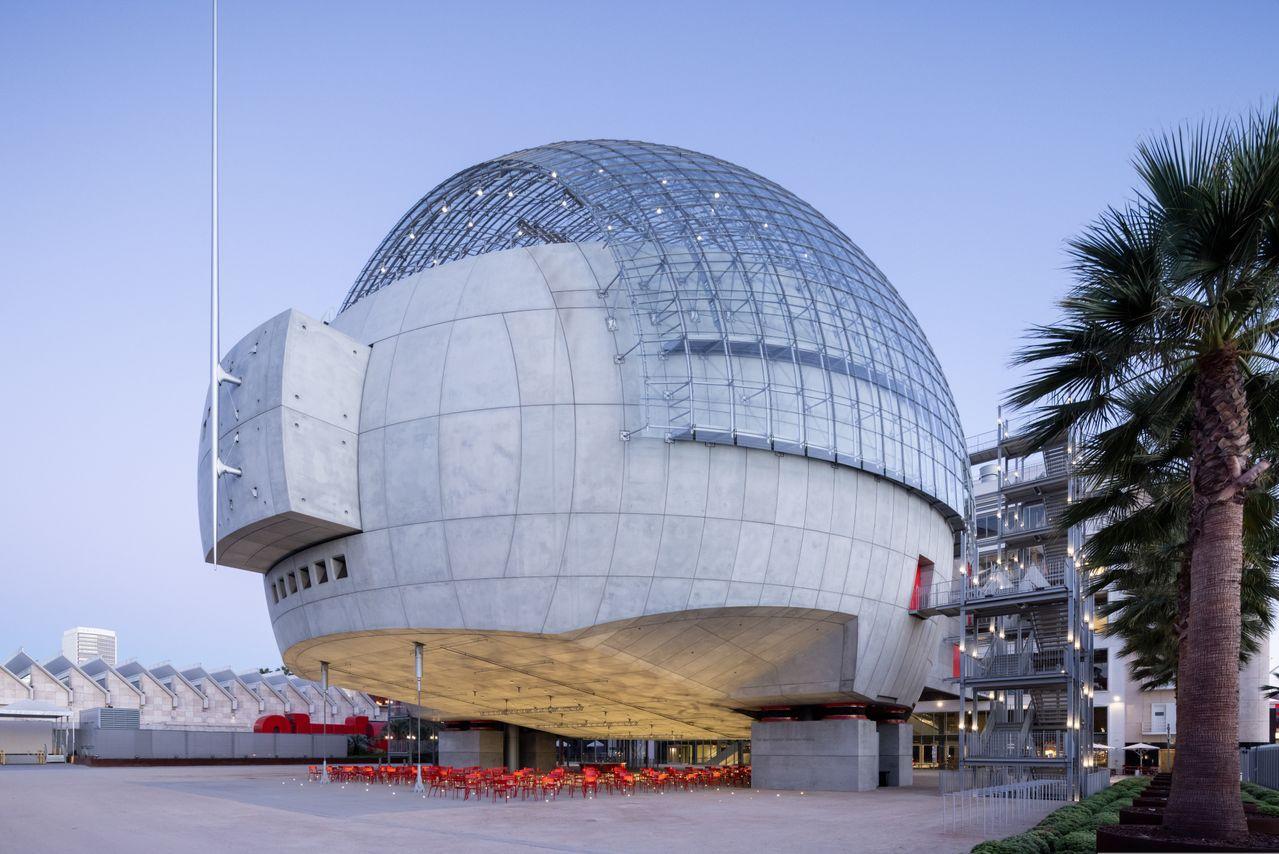 The Academy Museum of Motion Pictures.

After numerous delays due to COVID and personnel changes, the Academy Museum of Motion Pictures finally opened on September 30 after a weeklong lead-up that included a gala, an opening night party and a press event featuring luminaries like Tom Hanks and Anna Kendrick. Also on hand was Pritzker Award-winning architect Renzo Piano who, along with Gensler, designed the new museum’s hallmark five-story glass sphere, (commonly called the Death Star), connected to the 1939 Streamline Moderne May Company building housing the new galleries.

“Don’t call it the Death Star,” Piano implored the press. “Call it a zeppelin to take you into a different world, or maybe a spaceship, or even better a flying vessel ready to land or ready to take off.”

The “flying vessel” houses the 1,000-seat David Geffen Theater, future hotspot of the glitziest Hollywood premieres, and the Dolby Family Terrace on the top floor, affording spectacular views of the Hollywood Hills. 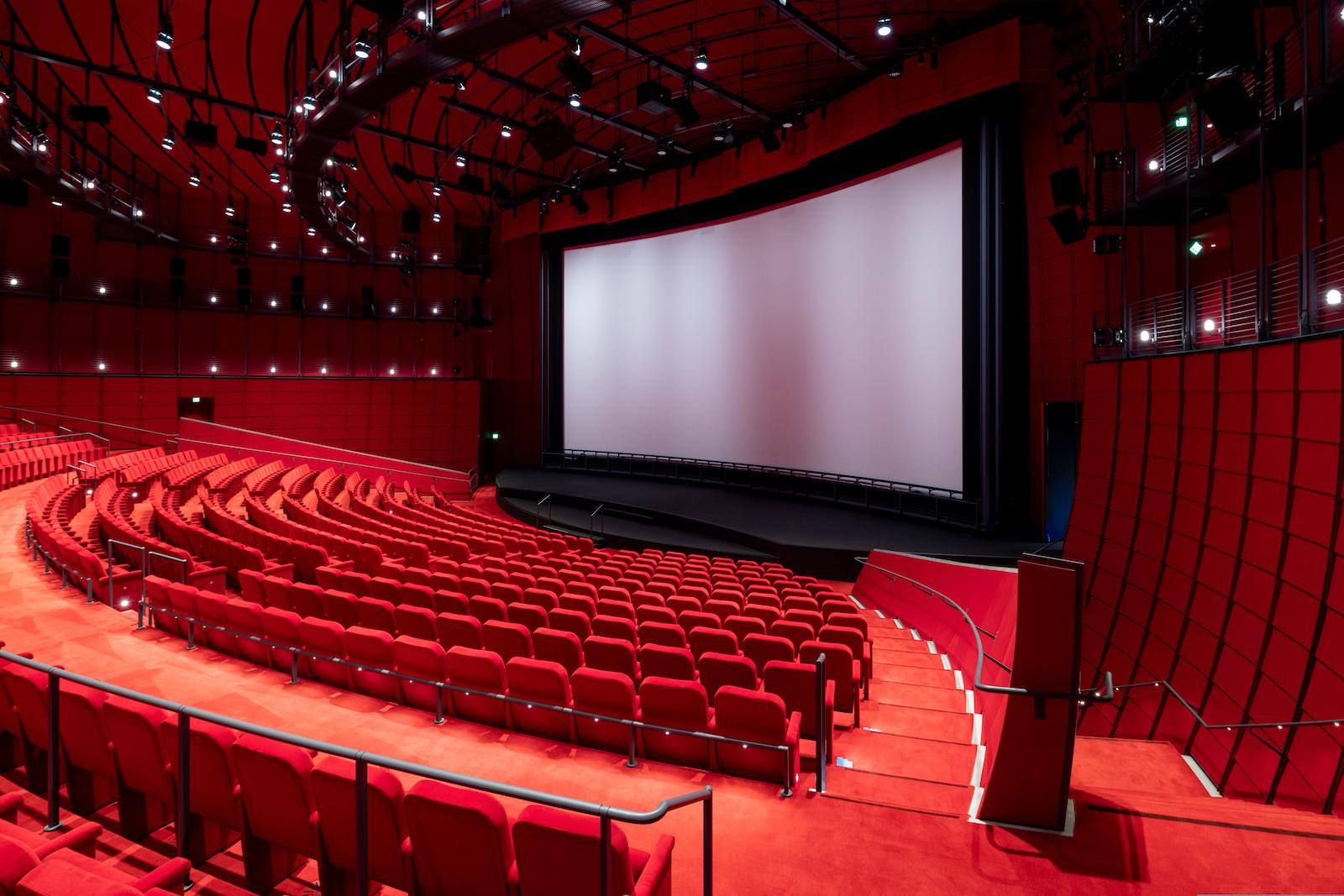 The David Geffen Theater inside of the Academy Museum of Motion Pictures.

Working with Piano on the 300,000-square-foot, $482-million museum was Kulapat Yantrasast, whose Culver City-based WHY Architecture designed the gallery interiors. The core exhibition spread over three of six floors is called Stories of Cinema, examining the evolution of filmmaking through directing, screenwriting, cinematography, sound design, costume design, hair and makeup, and visual and special effects. Included are what you might expect from a movie museum—props from classics like the Ruby Slippers from The Wizard of Oz, and Rosebud from Citizen Kane. 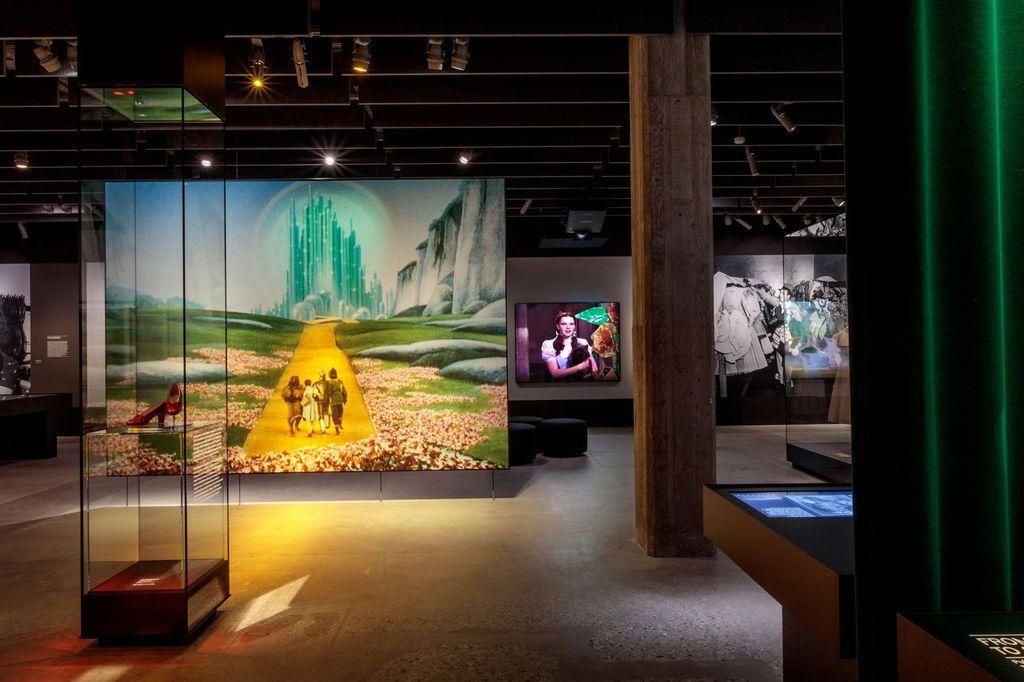 The Wizard of Oz, The Art of Moviemaking gallery, Stories of Cinema 2, Academy Museum of Motion Pictures.

With Los Angeles being the nation’s number two tourist destination, the museum has to satisfy casual movie fans as well as aficionados and current keepers of the dream factory. Guest curators Spike Lee and Pedro Almodovar each have a gallery of their most substantial influences and idols, as does composer Hildur Guðnadóttir (The Joker), who presents a dark room with a single focal point—a red light resembling the murderous computer HAL 9000 from 2001: A Space Odyssey.

“I thought it would be interesting to create a space where the eye can rest,” said Guðnadóttir about the installation. “Keeping your senses open without too much stimulation, a space you can float in music. Music is wordless expression. I can say anything I need to say without saying a word.” 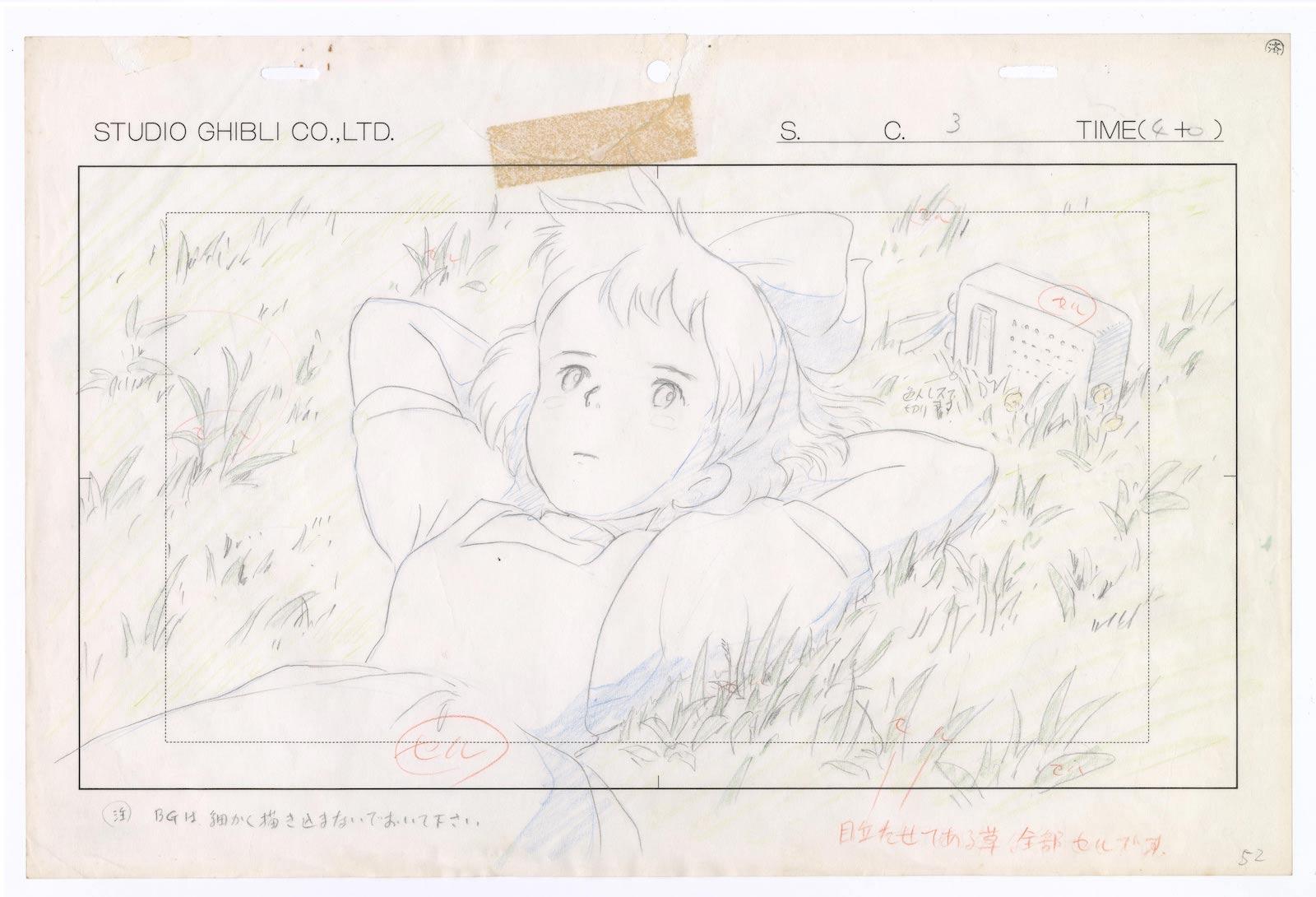 Anime maestro Hayao Miyazaki is the subject of another inaugural exhibit featuring more than 300 objects, many of them seen for the first time outside of Japan. Fans journey through the filmmaker’s six-decade career gazing at original imageboards, storyboards, character designs, backgrounds, layouts, posters, and cels, with each of his movies being screened during the exhibit’s run. 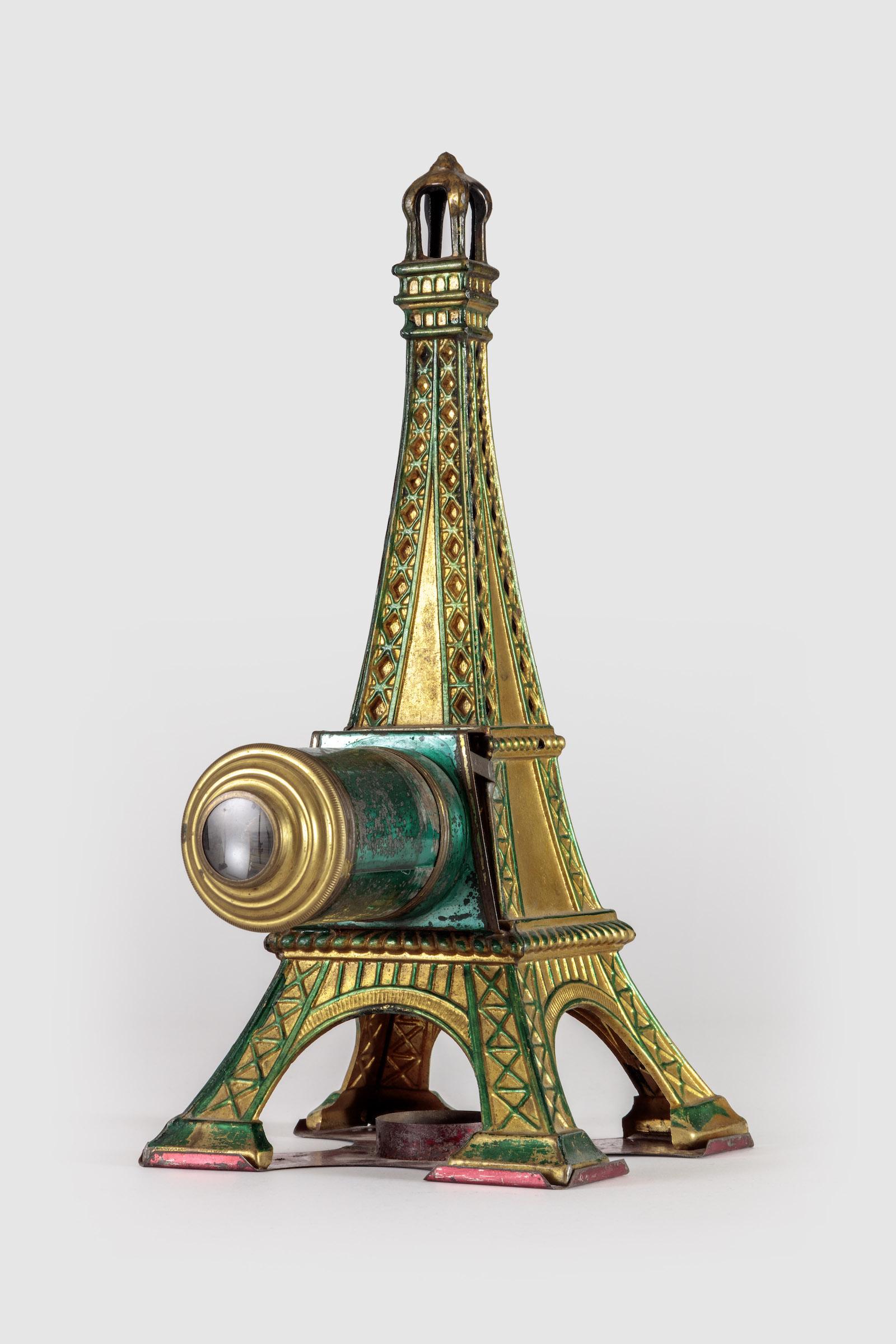 While it is a celebration of cinema, the museum also looks at Hollywood’s often problematic history, like the 1940 treatment of Hattie McDaniel, the first African American to win an Oscar, who was seated in the back of the room at the ceremony. An Impact/Reflection gallery touches on the crossroads between cinema and real-world phenomena such as Black Lives Matter and #MeToo. Another exhibit looks at racism and sexism in animation and another, on makeup, addresses the history of blackface and yellowface.

“It matters for Los Angeles to have this film museum,” Tom Hanks told the press. He, along with Annette Bening and Disney executive Bob Iger raised $388 million for the museum. “We need to celebrate everything this town has brought the world, everything this art form has brought to the world, in order to bring people together to be the magical art that speaks to everybody everywhere.”

find out more
About the Author