Dreams That Money Can Buy: An Interview with Kelechi Nwaneri 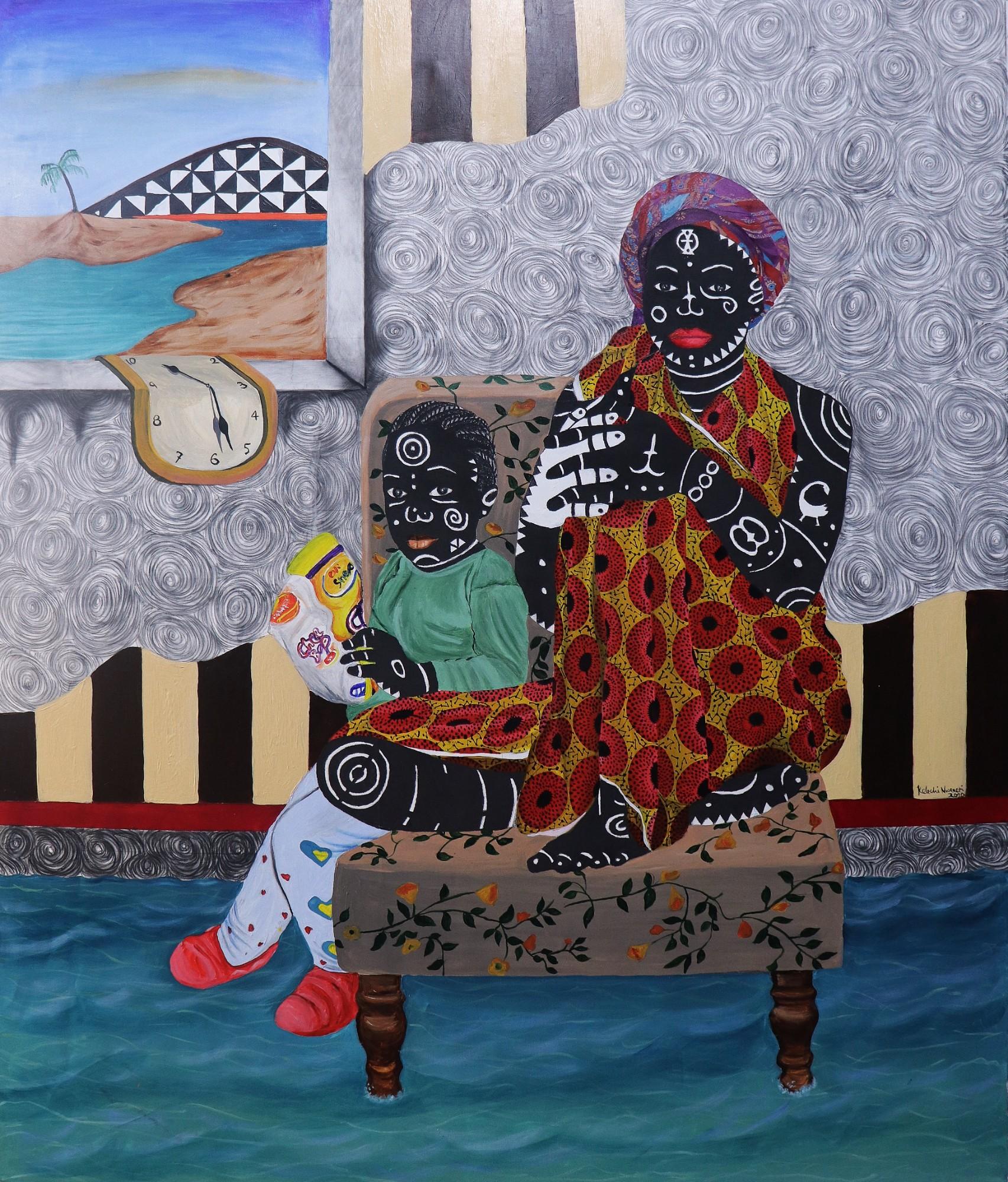 In his debut solo exhibition, Nwaneri deviates from his usual figurative representations to explore the concept of creating purely from his subconscious. Using themes influenced by surrealism and neo-expressionism, he explores ideas that are seemingly impossible in reality; juxtaposing unlikely forms onto unimaginable landscapes.

“With this group of works, surrealistic ideas, images and painting techniques are explored and experimented with, while the process of creation is almost entirely spontaneous, instinctive and automatic. The satellites and abnormal buildings in the paintings show the times we live in; the internet age, and an age of unusually extreme engineering. The predominance of plants and flowers calls to attention the effects of deforestation and other negative man-made activities on nature, the climate and global warming”