Get to Know Raphael in 7 Artworks

Raphael Sanzio was born in 1483 on either March 28 or April 6. Frequently in his life, he showed a capacity to quickly pick up the styles of those around him and use them in his own way. His career is most often viewed by academics as existing in three phases and styles—early years in Urbino, around four years of avid learning in Florence, and a decade-plus of mastery in Rome working for the Vatican. Though he died at just thirty-seven years old, his career included a rivalry with Michelangelo, educational encounters with Leonardo da Vinci, and a lengthy stint at the Vatican. 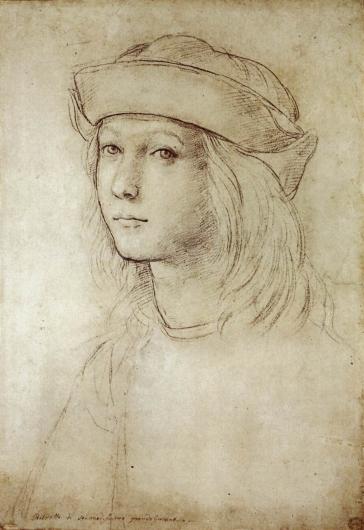 Though Raphael led a relatively short life, he was still incredibly prolific. Some accounts, including those of Giorgio Vasari, claim the artist began an apprenticeship at the age of eight in the workshop of Umbrian Master Pietro Perugino but others dispute this. Regardless, it is certain that Raphael worked as an assistant to Perugino beginning around 1500, when he would have been seventeen years old, and learned a great deal from the master. 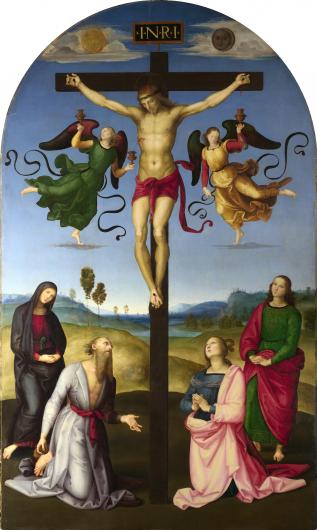 Raphael’s first documented commission was made in 1500—the Baronci Altarpiece. He seems to have been in demand from the beginning. His work was still very stylistically similar to that of Perugino at this point. In addition to altarpieces and draughts work for frescos, Raphael executed many cabinet paintings, likely for members of the Urbino court, during this time. 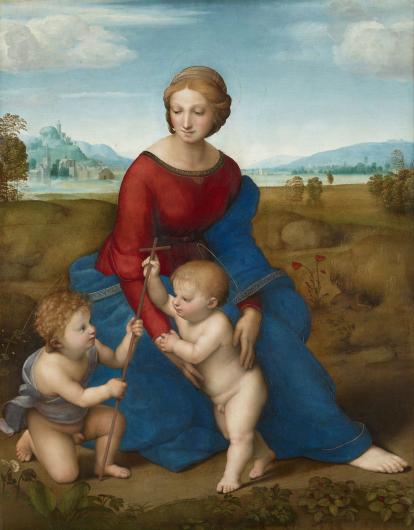 The Influence of Florence

Though 1504-8 is often referred to as the artist’s “Florentine period,” he never lived there for an extended period, he was prone to travel. During this period his work became more monumental—perhaps an influence of Fra Bartolomeo. Leonardo da Vinci, who did reside in Florence from 1500 to 1506, was also a big inspiration for Raphael. His figures took on more dynamic poses and he created several works with da Vinci’s trademark compositional strategies such as the pyramidal Holy Family. 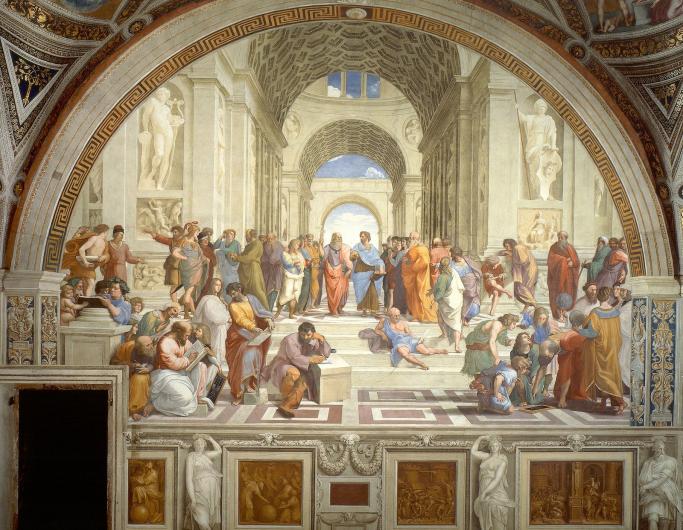 In 1508, Raphael was invited to Rome by Pope Julius II. Here he was commissioned to create a series of frescoes and his work had an enormous impact on Roman art. He painted a series of frescos to decorate several rooms in the Apostolic Palace of the Vatican City. His third painting in the Stanza della Segnatura (The Room of the Signature) was The School of Athens. It is probably the most famous of his frescos. 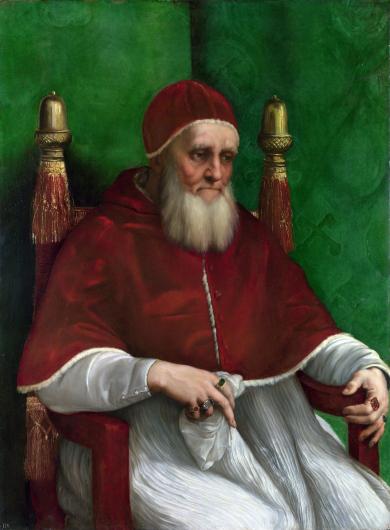 While in Rome, Raphael also created portraits. This portrait of Pope Julius II was exceedingly unusual for the time and the beginning of a new tradition for papal portraiture. The clear mood of Pope Julius II—a deep thoughtfulness—would have been striking to contemporary viewers. The format was taken up by most future portraits including Diego Velázquez. 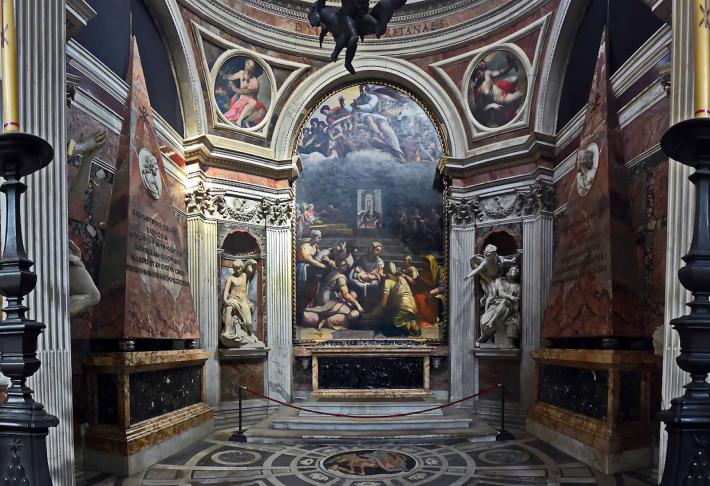 Though much of his architectural work was demolished after his death and replaced with designs by Michelangelo, many hand-drawn plans have survived and so have some smaller schemes. The Chigi Chapel was designed and decorated with mosaics by Raphael. 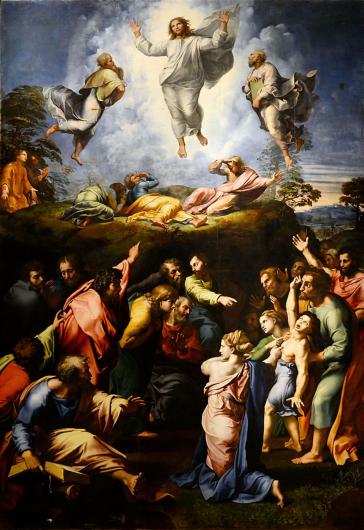 This was Raphael’s last work of art. Still living in Rome, this piece was commissioned by Cardinal Giulio de Medici, who later became Pope Clement VII. In the 1970s, cleaning confirmed that the vast majority of the painting was finished by Raphael. Assistants just completed some of the lower-left figures after the artist’s death. He is buried in the Pantheon.