What Artists Used
When Canvas Wasn’t an Option 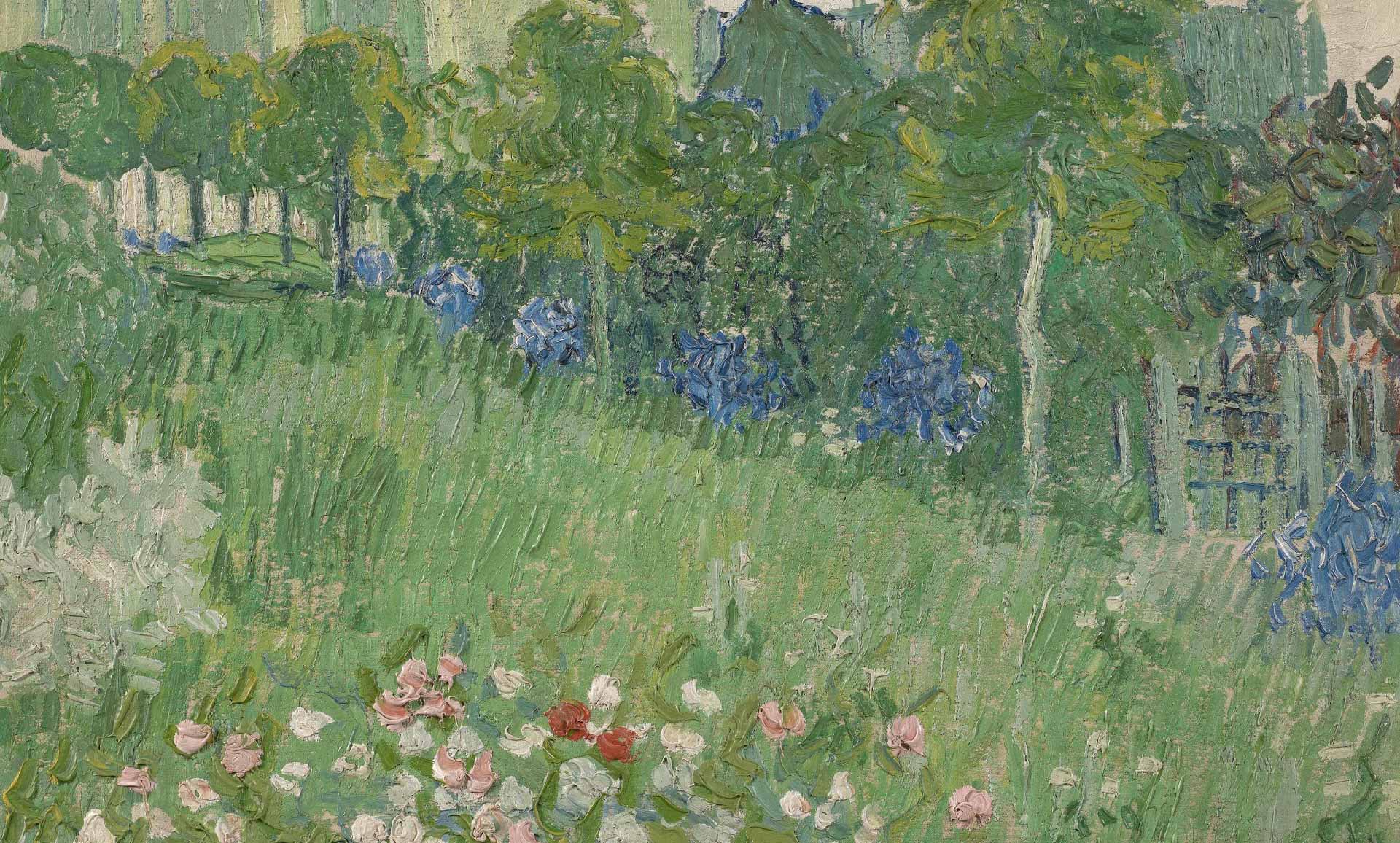 Van Gogh Museum, Amsterdam (Vincent van Gogh Foundation)
Vincent van Gogh, Daubigny's Garden, Auvers-sur-Oise, June 1890. Oil on canvas.
Some of art history's greats have used everything from kitchen cloths to board games when they couldn’t get canvas or were short on funds.

Some of art history's greats have used everything from kitchen cloths to board games when they couldn’t get canvas or were short on funds. 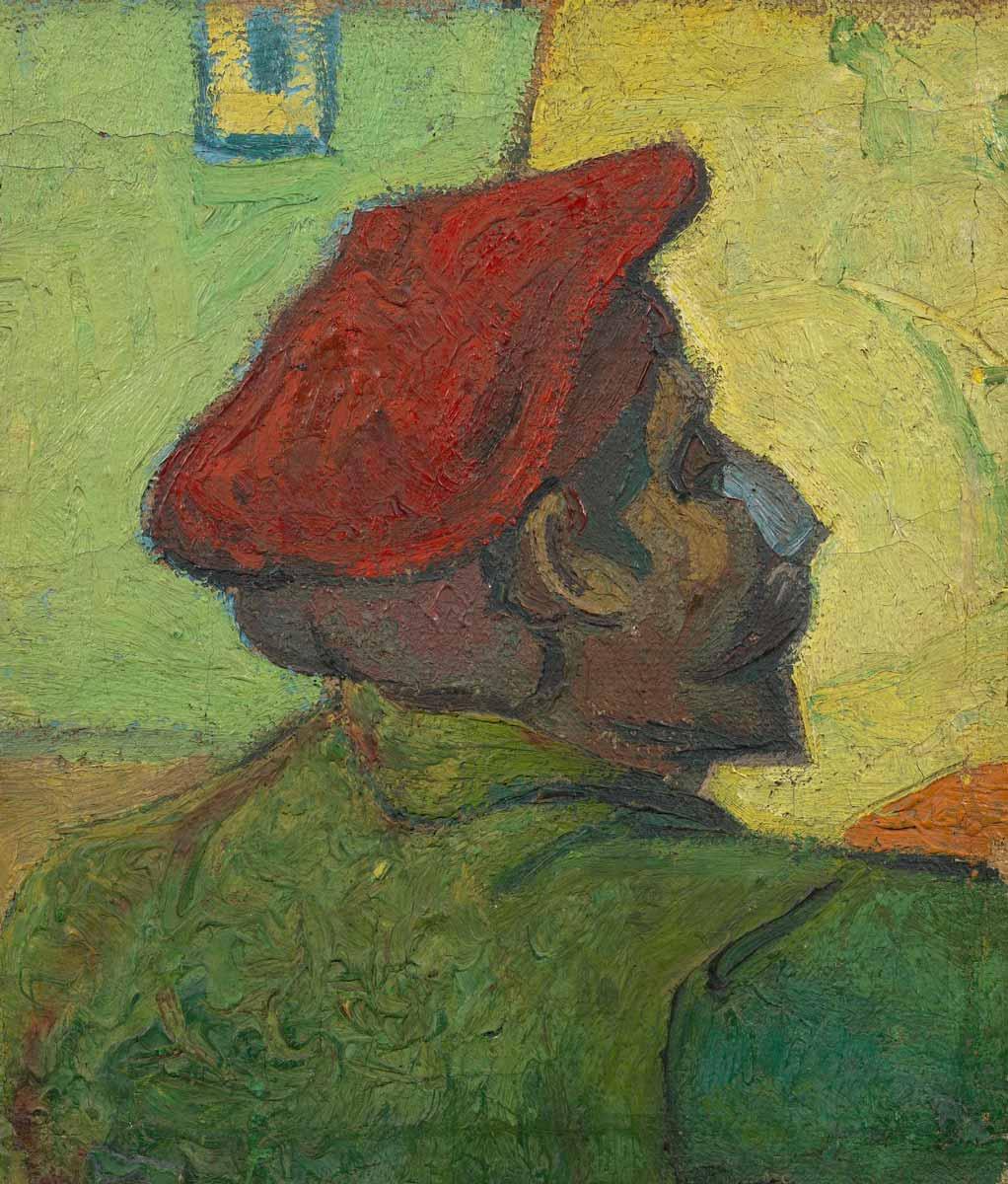 “It’s clear that it’s simply about the question of: what do you do when you don’t have the material that you want to use, normally? Well, then you choose other stuff.

There were no artist supply shops at the mental health asylum in Saint Rémy-de-Provence, and the care package of canvases that Vincent van Gogh’s brother, Theo, mailed him from Paris hadn’t arrived yet. Van Gogh’s favorite surface to paint on was a type of canvas from the Parisian firm of Tasset & Lhote, but there was none to be found at the psychiatric hospital that was the artist’s address for most of 1889 (where he committed himself after famously slicing off part of his ear). Left with no choice and a feverish desire to paint, he improvised.

“In our museum we found torchon [tea towel] in a painting,” Louis van Tilborgh, senior researcher at Amsterdam’s Van Gogh Museum, told Art & Object. “It’s clear that it’s simply about the question of: what do you do when you don’t have the material that you want to use, normally? Well, then you choose other stuff. And it’s possible to choose, indeed, something like this torchon.”

The torchons likely came from the asylum kitchen, and Van Gogh used them in a small handful of paintings in late 1889 and mid-1890. The artist stretched the cloths on wooden frames and primed them just as he would any linen canvas, but a pattern of red rectangles is still visible in some areas where the artist applied paint more thinly. The following year, when he was a guest at the Auberge Ravoux in Auvers-sur-Oise, he painted on kitchen towels again–probably borrowed from the innkeeper.

It's hard to paint without, well, paint. But a painting’s support leaves more room for experimentation, and some of art history's greats have used everything from kitchen cloths to board games when they couldn’t get canvas or were short on funds.

When sharing a house with Van Gogh in Arles, fellow Post-Impressionist painter Paul Gauguin tried using another canvas alternative: coarse jute burlap. “Gauguin was the one who introduced jute in Van Gogh’s life,” van Tilborgh explains. “Jute is probably less expensive, but it’s also rather rough so Gauguin liked it.” For Van Gogh, who liked to paint with swift brushstrokes, burlap wasn’t a good fit but he did complete one portrait of his housemate, Portrait of Gauguin (1888), on the material that Gauguin introduced to their shared studio.

In veering away from store-bought canvas, some artists sought the coarseness of burlap while others pursued smoother surfaces, like copper sheets. A few decades after Gauguin and Van Gogh, a twenty-something Lucien Freud reconsidered the copper etching plates he had around his studio and decided to use the pocket-sized rectangles for paintings, not engravings. Copper plates were a popular support for miniature paintings in the early seventeenth century, but not for modern artists.

This was in the late 1940s, when there were post-World War II material shortages in England, and London-based Freud had easier access to copper than canvas. The choice to use these plates was “both aesthetic as well as practical,” according to Freud’s friend, art historian William Feaver. “On this small scale, a [copper] plate is an excellent support.” Among other subjects, Freud famously painted a portrait of fellow British painter and friend, Francis Bacon, on a copper plate in 1952. But when the artist ran out of his copper stock in the mid-1950s, he reverted to working on canvas.

Other artists resorted to cheaper (and less durable) materials when canvas was out of reach. During the “desperately poor” years of Elaine and Willem de Kooning’s careers in the late 1940s, both Abstract Expressionist artists painted on wrapping paper. “They often had to figure out how to afford a meal,” Cathy Curtis, biographer of Elaine de Kooning, told Art & Object. “So using a leftover medium–wrapping paper–was not a choice. It was either that or nothing.” 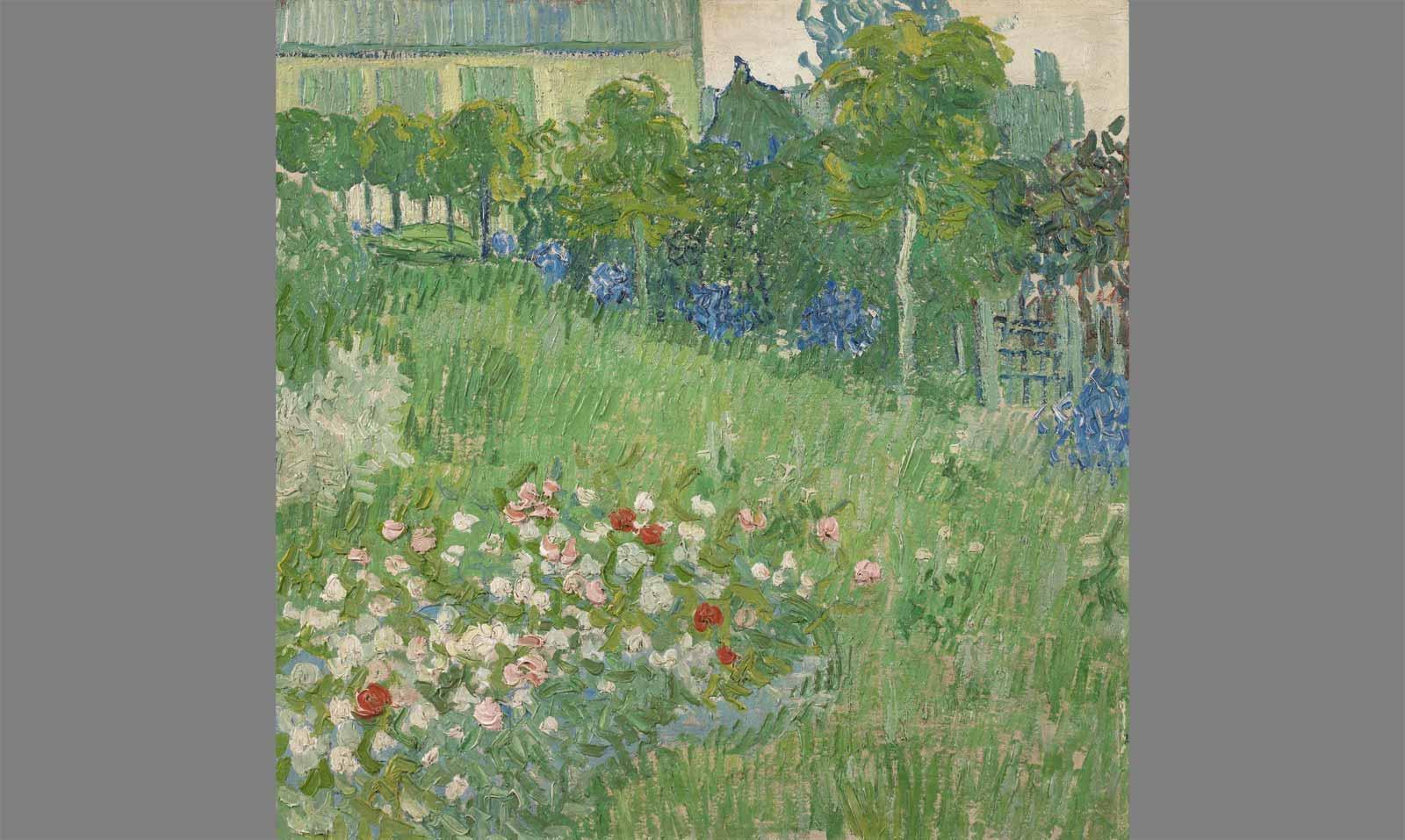 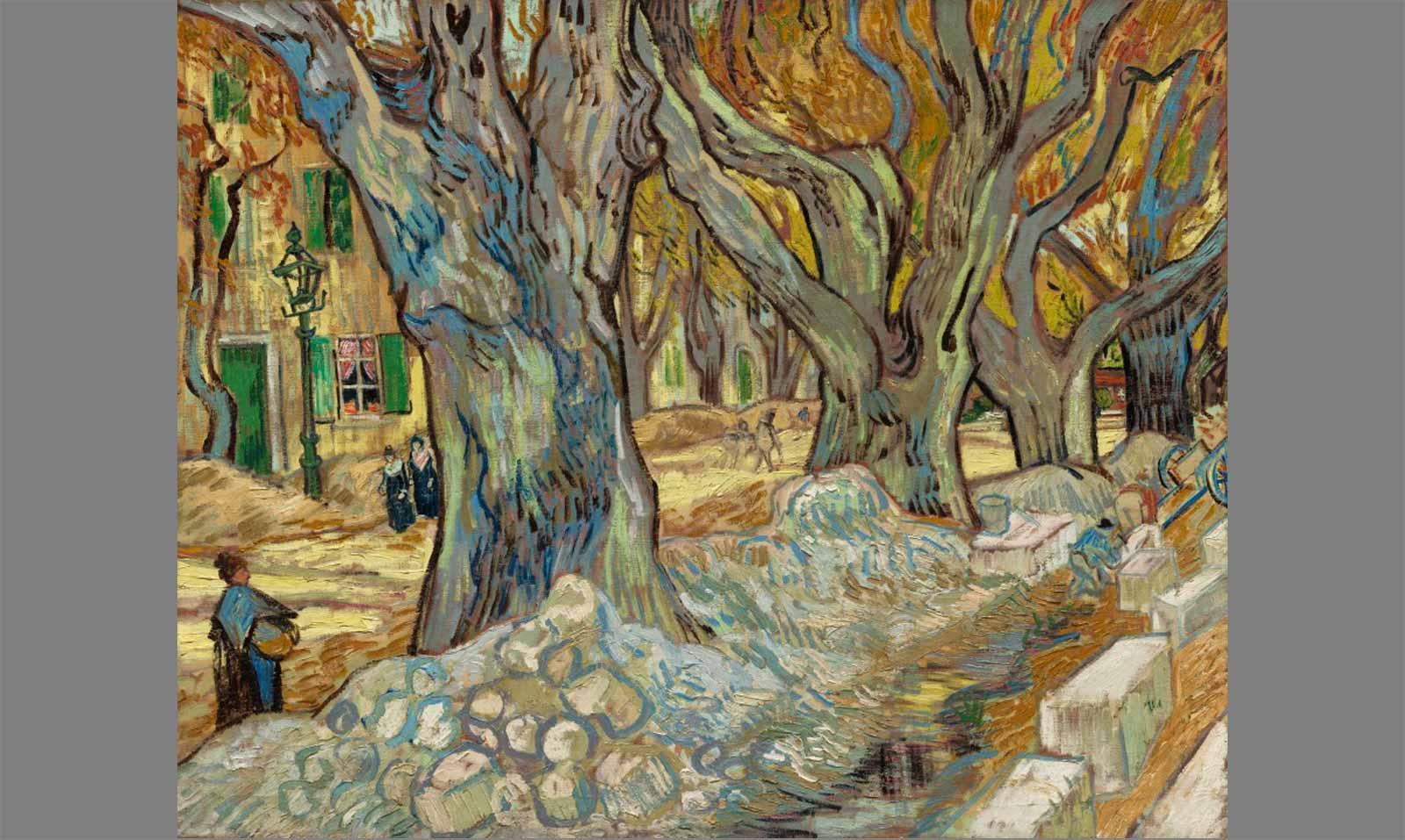 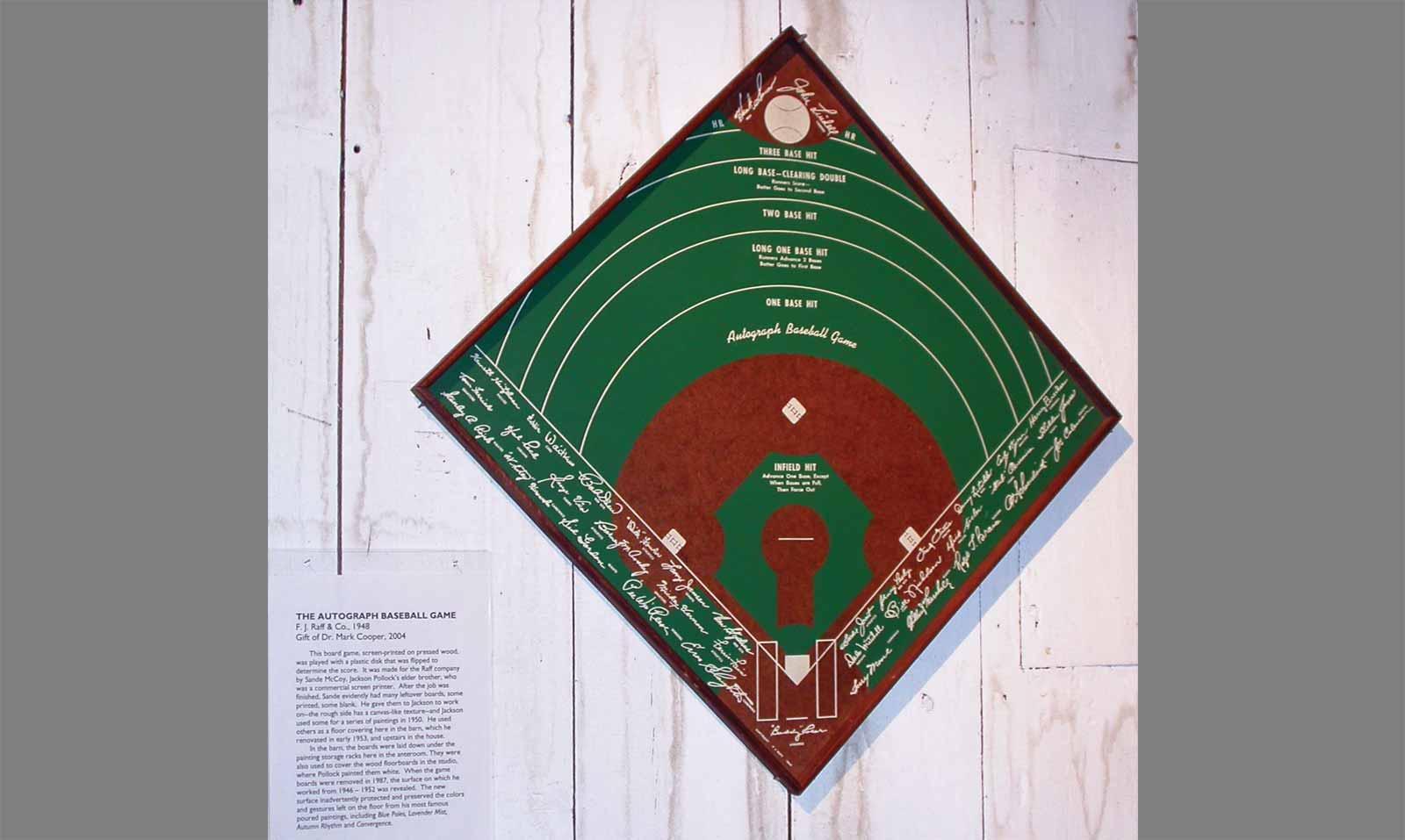 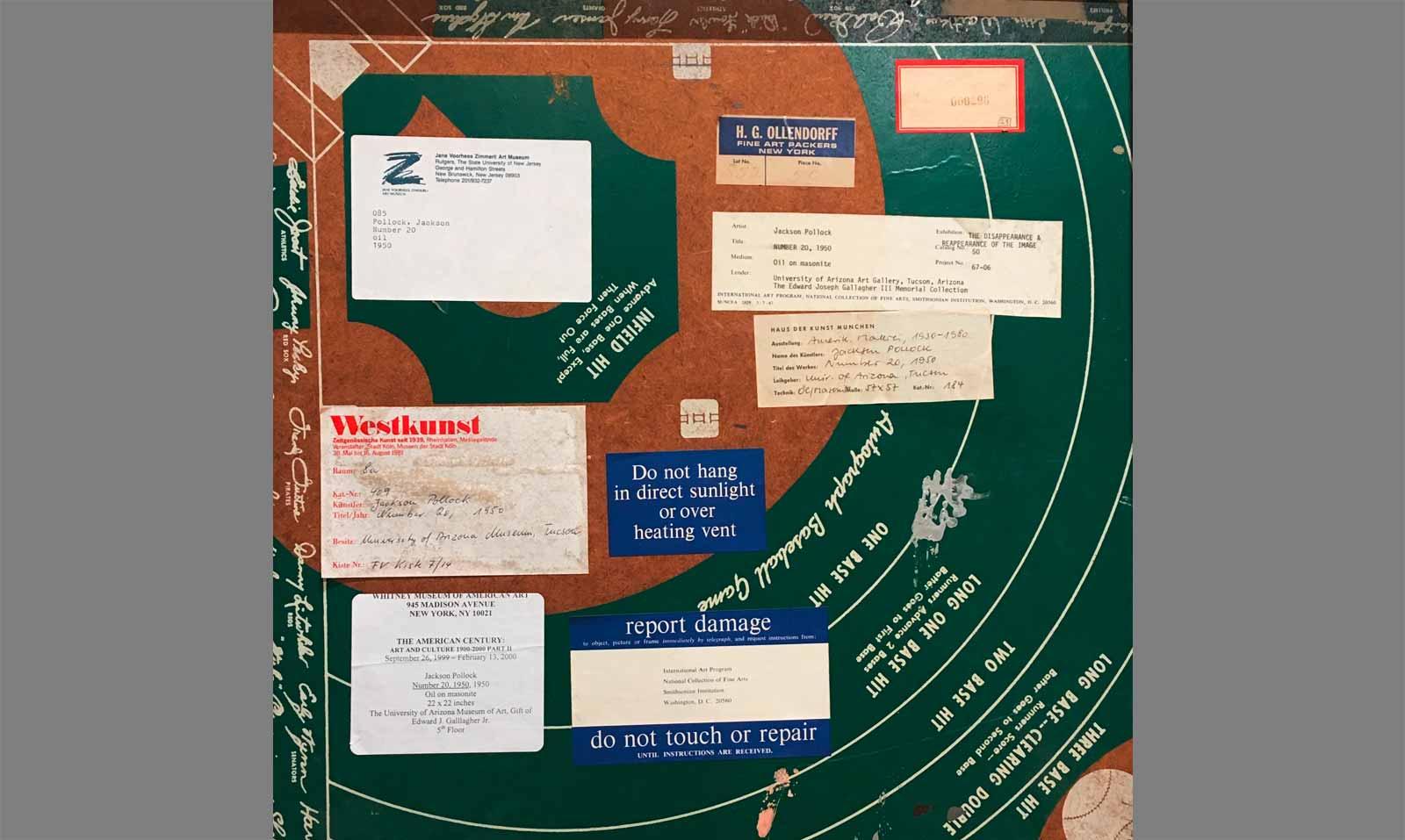 Collection of The University of Arizona Museum of Art, Tucson; Gift of Edward Joseph Gallagher, Jr.

Elaine de Kooning painted on wrapping paper mostly in 1948, when she spent the summer at experimental art school, Black Mountain College. In that avant-garde environment and with the freedom of using a throwaway material, she played with abstraction. Though she thought little of the wrapping paper paintings at the time, they are now in the collection of the Metropolitan Museum of Art in New York.

Around the same time, another Abstract Expressionist was also making do with unorthodox materials. Jackson Pollock was painting on the backs of Autograph Baseball board games that he’d received in 1948 from his brother, Sanford McCoy, who was hired to screen-print the games and had many pre-cut boards left over. Pollock created a series of sixteen drip paintings on these square Masonite boards, thirteen of which he exhibited at his seminal solo show at the Betty Parsons Gallery in New York in 1950.

Today the beloved series is dispersed across major international museums; unbeknownst to viewers at LACMA, the Whitney Museum of American Art, and the Philadelphia Museum of Art (among other institutions), an ivy-green baseball diamond is on the verso of these paint-layered Pollocks. And Number 21, 1950 from the series was recently sold at Christie’s London in March 2018 for 9.3 million GBP (the equivalent of $11.7 million).

“Clearly the support was not considered detrimental to its value,” notes Helen Harrison, director of the Pollock-Krasner House and Study Center. “It may even be considered an advantage, since a rigid support resists puncturing and does not buckle or sag.”

Despite their humble or unusual supports, these paintings on improvised materials aren’t valued less than their canvas counterparts. Tea towels hang in illustrious institutions, as do burlap, wrapping paper, and board games. “[The support] has not anything to do with quality,” observes van Tilborgh. “I think, in that respect, it’s of lesser importance.”