How Van Gogh’s Need for Quick Cash
Impacted His Work 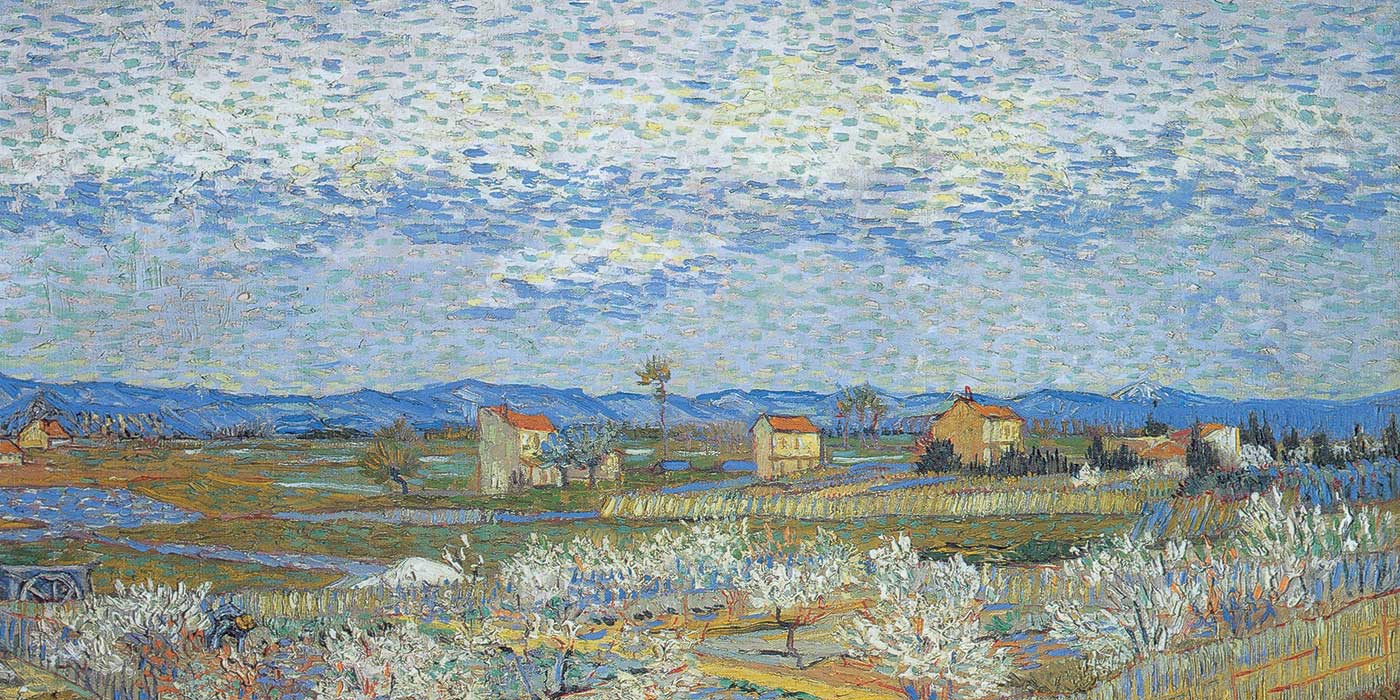 While the struggling Vincent van Gogh was just trying to pay the rent, he unwittingly shaped his work and art history.

While the struggling Vincent van Gogh was just trying to pay the rent, he unwittingly shaped his work and art history. 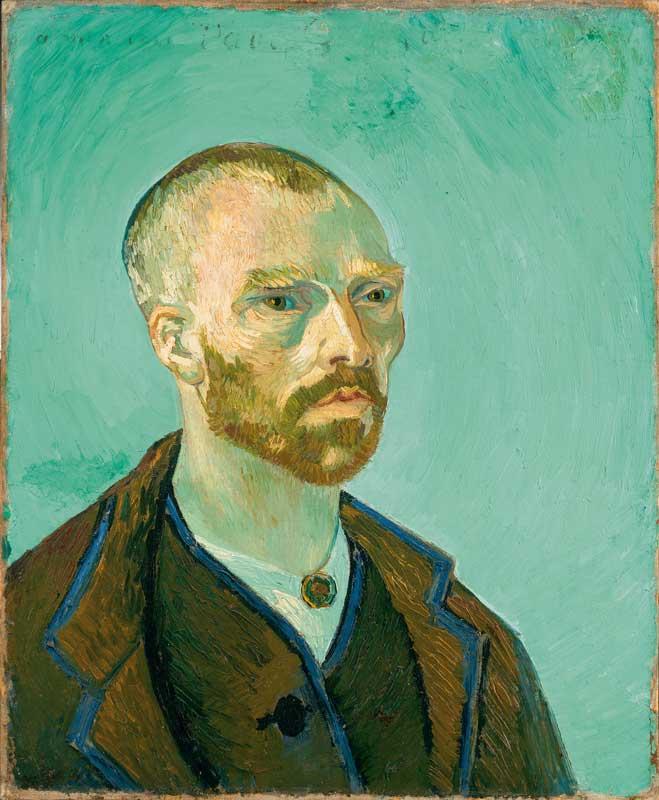 “Although these Japanese prints were, at first, mainly of commercial interest to Van Gogh, they became increasingly important as artistic examples.“

It was the winter of 1886, and a thirty-three-year-old Vincent van Gogh was broke. This was a normal state of affairs for the Dutch Post-Impressionist painter, who leaned heavily on his younger brother, Theo, to pay the bills. What was unusual, though, was that the two Van Goghs were not getting along. And since they were living together that winter, Vincent was in a vulnerable spot.

“He had a bad relationship with his brother at that time,” Louis van Tilborgh, senior researcher at the Van Gogh Museum in Amsterdam, said in an interview with Art & Object. “His brother threatened to leave him, so they would separate. And in case of separation, Van Gogh realized that, financially, he would be bad-off.”

The artist urgently sought a way to support himself, in the event that he was left to pay the rent on their shared Parisian apartment at 54 rue Lepic on his own. His paintings, left on consignment with dealers around town, weren’t selling; he needed an alternative plan.

And so, Van Gogh impulsively decided to purchase—and attempt to quickly resell—a bundled lot of 660 Japanese woodcut prints from Siegfried Bing, a veteran and leading Japanese art dealer in the city. This instantaneously acquired assemblage is the subject of Japanese Prints: The Collection of Vincent van Gogh (2018), a scholarly publication that reexamines the artist’s relationship to these prints, which many have long assumed was used strictly for pleasure and artistic study.

“In the literature about Van Gogh we always read that he collected [Japanese prints] over time, so not one specific moment but due to the fact that he loved modern art and loved Japanese prints, and wanted to follow that in his own art,” Van Tilborgh explained of the falsely perceived impetus for the artist’s collection, of which around 550 prints are in the permanent collection of the Van Gogh Museum. “From the beginning, artistic reasons were mixed with commercial ones.”

As researchers such as Van Tilborgh have uncovered, Van Gogh’s motive for immediately acquiring such a large number Japanese prints was purely financial. After paying Bing an initial ten percent deposit, he planned to peddle them—for almost double his initial investment—in his bohemian neighborhood of Montmartre, capitalizing on popular interest in Japonisme. He had an opportunity to mount an exhibition of the prints at Le Tambourin café (conveniently managed by his love interest at the time, Agostina Segatori), and figured that awareness of Japanese objets d’art combined with the relatively low cost of the prints (roughly the cost of a liter of cider at the bar) would amount to a surefire success.

By the time Van Gogh moved to Paris in February 1886, Japanese art had been trendy for over two decades. An 1858 trade agreement made it possible for France to directly import goods from a previously closed off Japan, introducing its lacquerware, prints, and ceramics to European markets. Parisian artists, who were in the midst of finding new ways to splinter from the rigid academic style, were especially interested in the bird’s eye view, strong outlines, and bold colors of Japanese prints. As French art historian and critic Ernest Chesneau wrote in an 1878 article, ‘Le Japon à Paris’, “the enthusiasm [for Japanese prints] reached all the studios with the speed of fire running along a trail of gunpowder.” 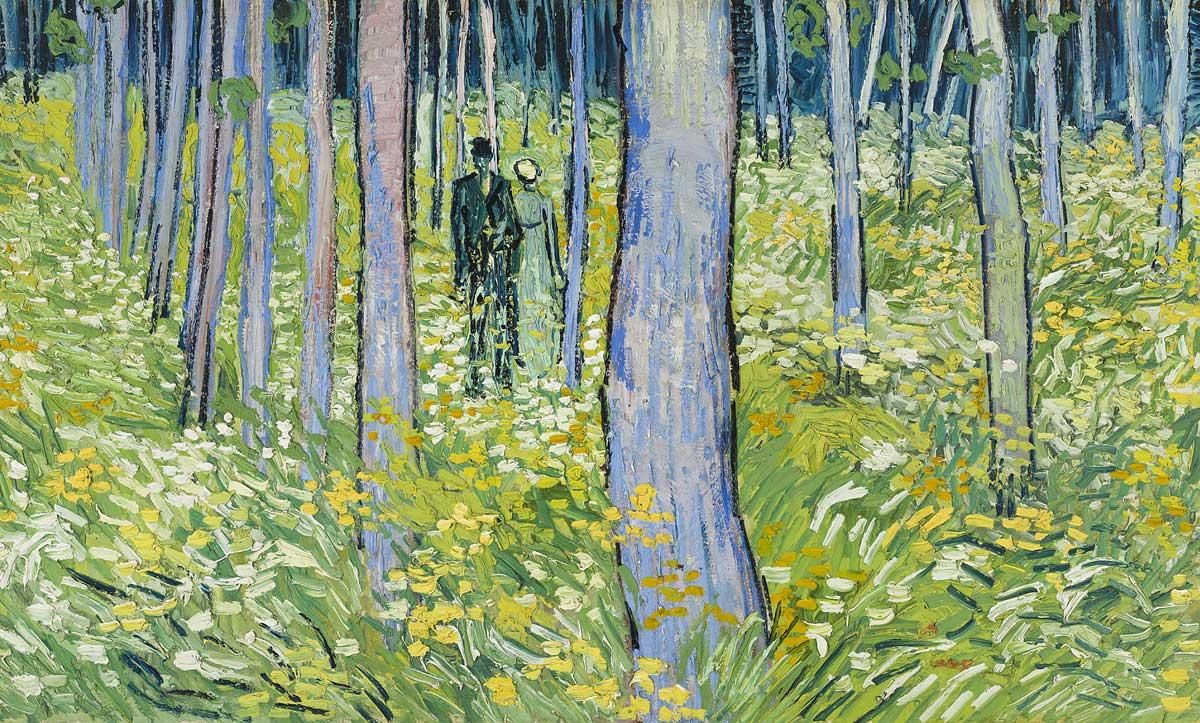 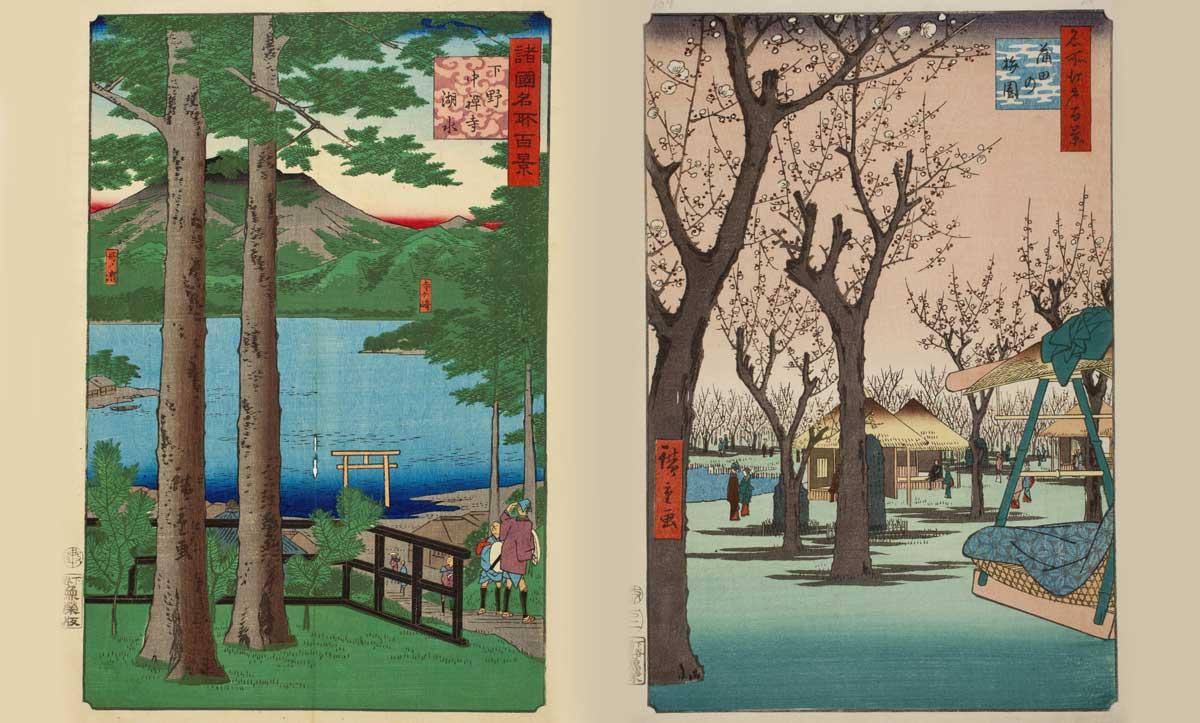 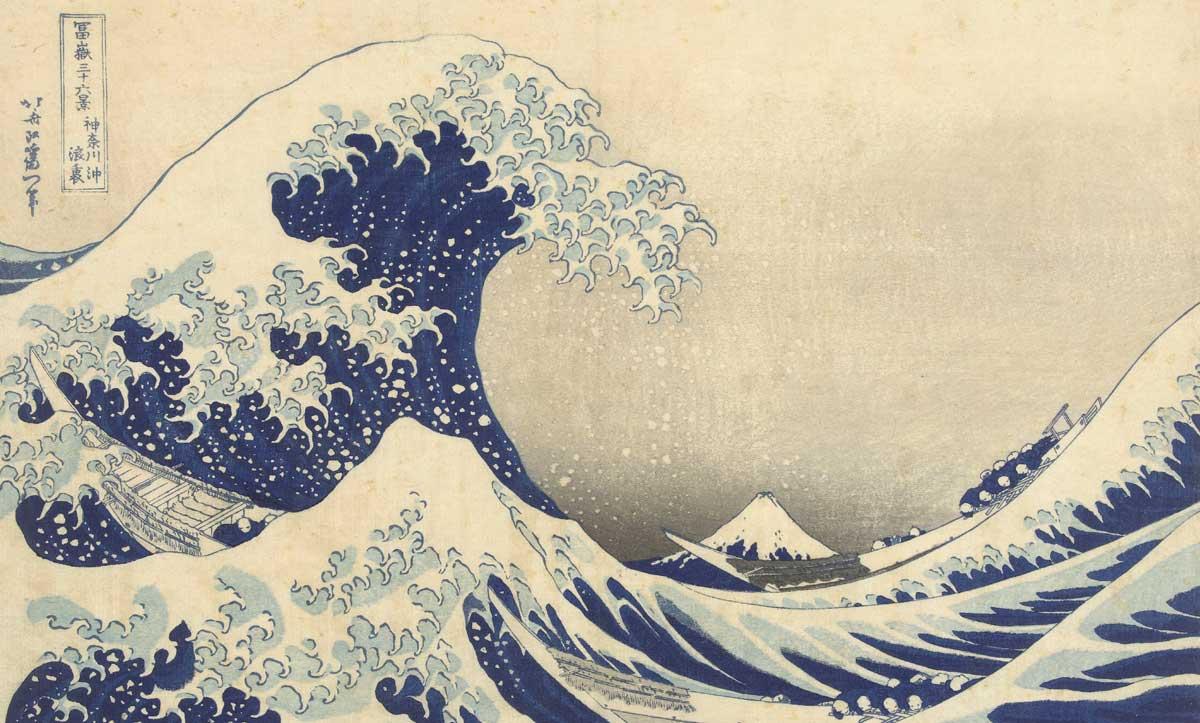 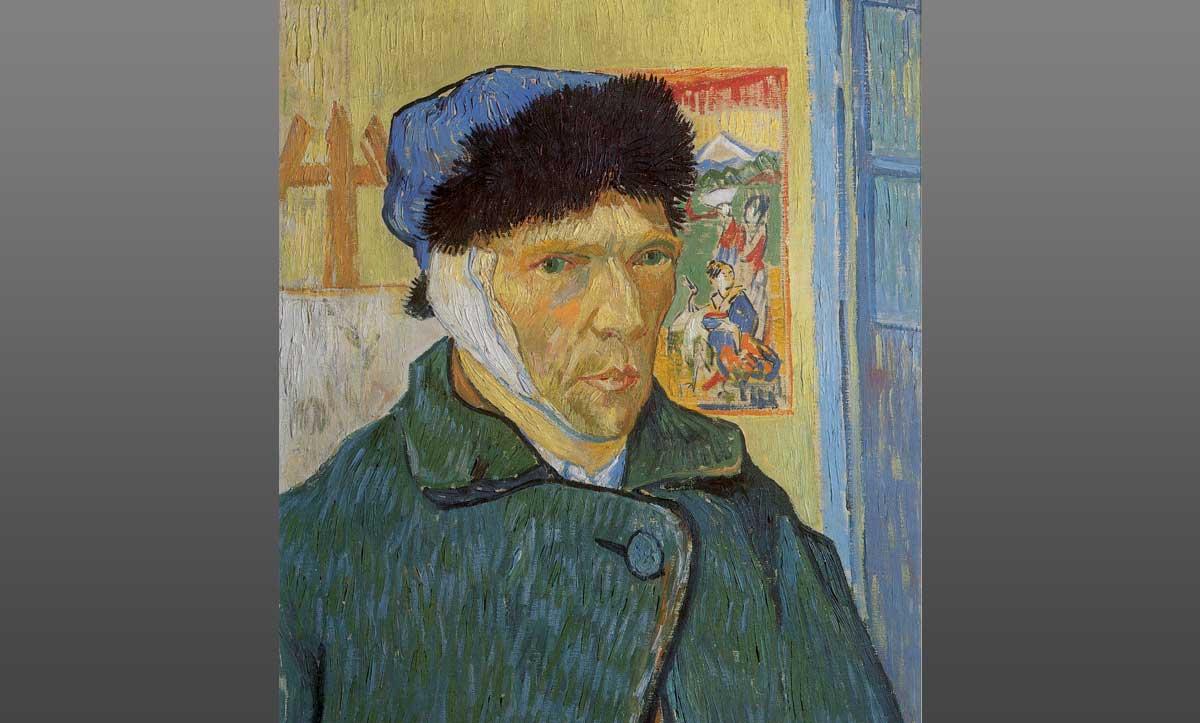 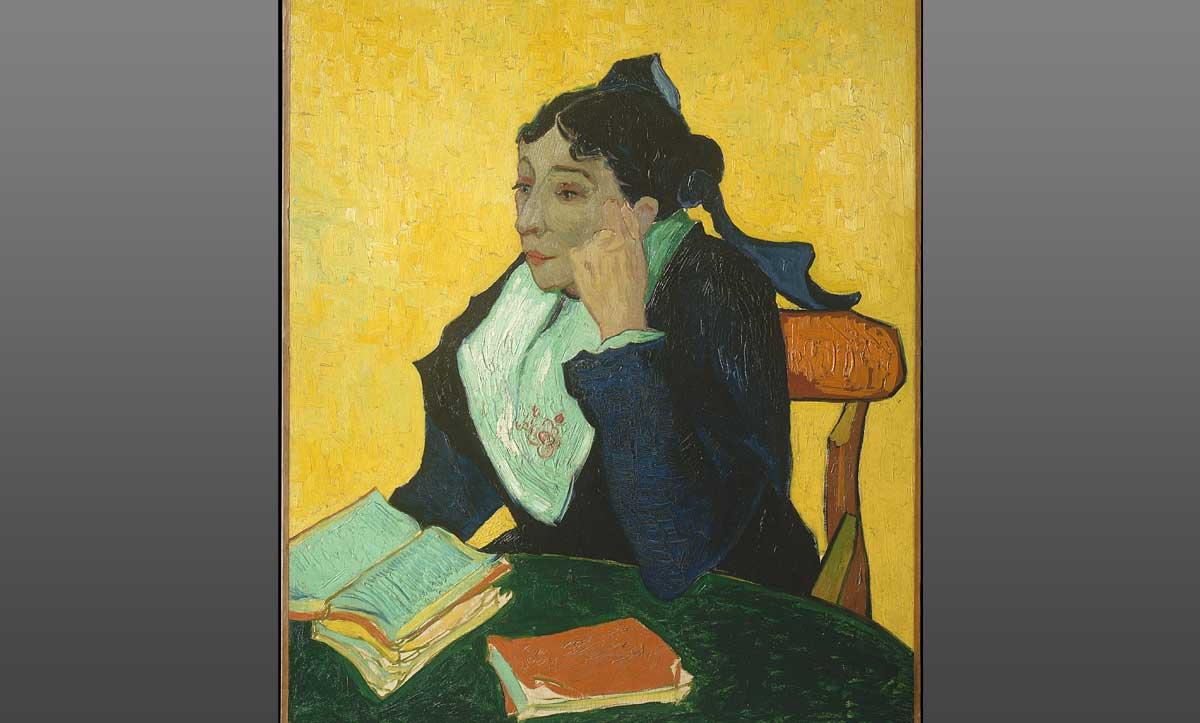 The Metropolitan Museum of Art, New York, Bequest of Sam A. Lewisohn, 1951 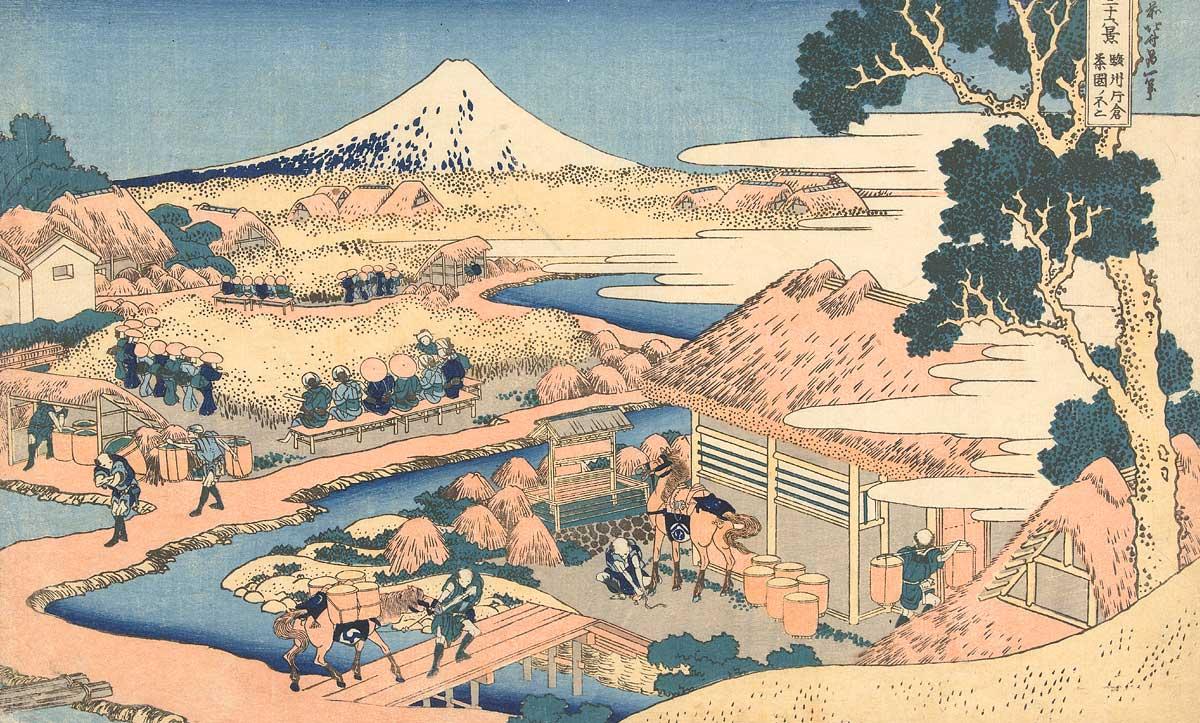 Rijksmuseum, Amsterdam, purchased with the support of the F.G. Waller-Fonds 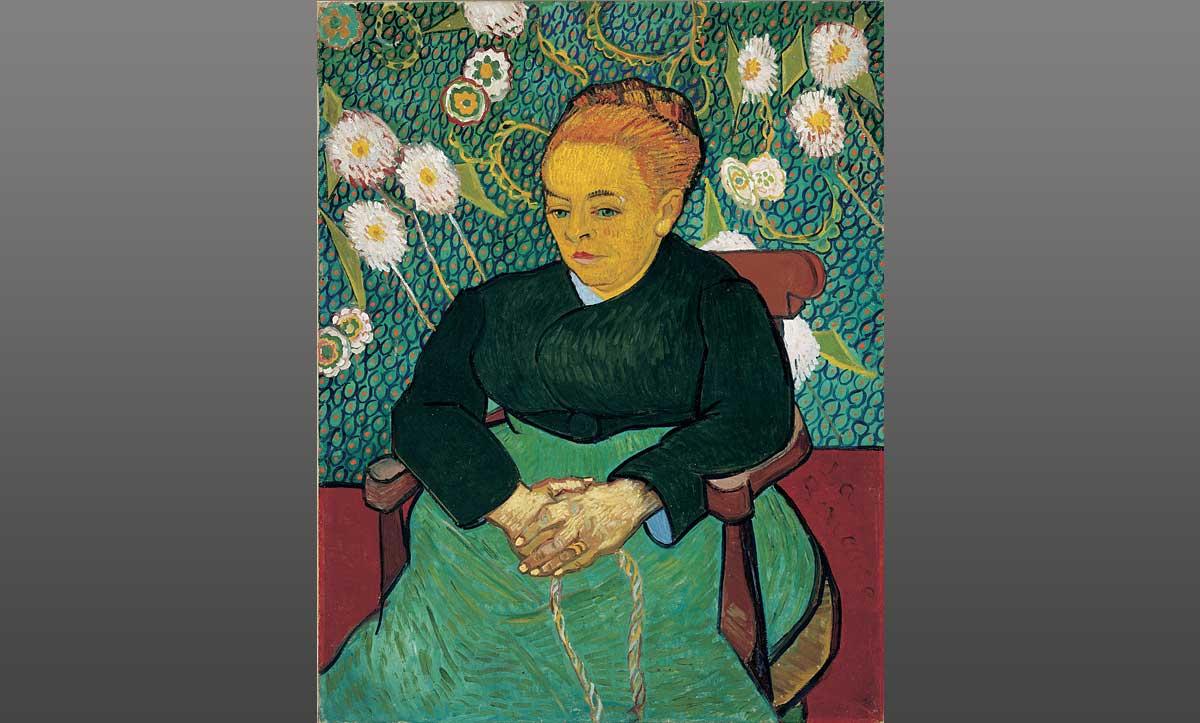 Artists such as Claude Monet (who owned 247 prints), Edgar Degas, James McNeill Whistler, and Edouard Manet, for example, all found inspiration in Japanese art. Van Gogh eventually joined their ranks, to the point that the Van Gogh Museum organized an exhibition on the subject, Van Gogh & Japan. But the influence was not, as many believe, the result of the artist’s arduous fascination with or educated connoisseurship of Japanese art. The truth of the matter is that the café exhibition at Le Tambourin was, in Van Gogh’s own words, “a disaster” and his get-rich-quick scheme failed, leaving a substantial trove of prints in his studio.

Part of Van Gogh’s failure to sell the prints may have been due to his ineptitude as a salesman. It also didn’t help that interest in Japanese art had already peaked, and even if it hadn’t, his stock was composed of poorer quality sheets with not a single example from the Edo period (considered the golden period of Japanese prints). “He wasn’t looking for the good ones, because it was meant for the market in Montmartre,” noted Van Tilborgh. “He brought the lower quality prints to a different kind of public.”

Regardless of the reasons they didn’t sell, Van Gogh–who had since made peace with Theo–was left with 660 Japanese prints, and time to study them at a leisurely pace. “Although these Japanese prints were, at first, mainly of commercial interest to Van Gogh, they became increasingly important as artistic examples,” Nienke Bakker, the Van Gogh Museum curator of paintings and co-curator of Van Gogh & Japan wrote in the exhibition’s catalogue.

The influence of the Japanese prints on the artist’s paintings didn’t present itself until almost a full year after he first acquired them, in the fall of 1887. He then began adopting close up views of objects in the foreground, heavy outlines, dramatic color combinations, and the Japanese nanga ink painting technique composed of hatching and short strokes.

But when Van Gogh moved out of Montmartre headed for Provence (which he thought of as his personal Japan), Theo was tempted to return the many prints left in their apartment back to Bing. By that point, though, they were no longer trade pieces whose worth lay in resale value alone.

“Please, keep the Bing stock,” Van Gogh implored in a letter to Theo dated July 1888. “The benefit’s too great. As far as money goes, I’ve lost rather than gained on it–fine–but it gave me the opportunity to see a lot of Japanese art, at leisure and over time. And that should last, it seems to me. Your apartment wouldn’t be what it is without the constant presence of Japanese prints.”

In the end, Van Gogh may have been a shrewder businessman than he let on. Having paid only a minimal deposit himself, the rest of his debt to Bing was paid off by the same brother whose imminent threat of withdrawing financial support urged Van Gogh to impulsively buy the prints in the first place. He kept a portfolio that he barely paid for and gained a significant influence on his work. Now, since the prints mostly remained in the family and were transferred to the Van Gogh Museum when it opened in 1973, scholars are left with a remarkably intact 550-piece set of puzzle pieces with which to decipher the works made in the last three years of the artist’s life.