The mysteries of the life and inner-working of Vincent van Gogh have captivated art lovers for over a century. This month, a researcher with a keen eye made a discovery that gives us further insight into his last days and final masterpiece.

Tree Roots was painted in July 1890 when Van Gogh was living in Auvers-sur-Oise, France. Many scholars believe it to be the last work he painted. The close-up image of the tangled and twisted root forms is a sous-bois scene, a French term for undergrowth, which was a popular subject with Impressionists and artists from the Barbizon School.

The subject is not easily identifiable, making the work one of Van Gogh’s most abstract. Rather than the landscapes or still lifes we are accustomed to with Van Gogh, this close-up portrayal of the forest floor makes us focus on the shapes, lines, and colors of the composition itself.

But the intimate scope of the painting didn’t stop Wouter van der Veen, the scientific director of the Institut Van Gogh, from recognizing it in a vintage postcard dating from 1900 to 1910. The scenic photo shows a man walking a bike on the rue Daubigny in Auvers-sur-Oise, near Auberge Ravoux, the inn where Van Gogh stayed for several months before his death. 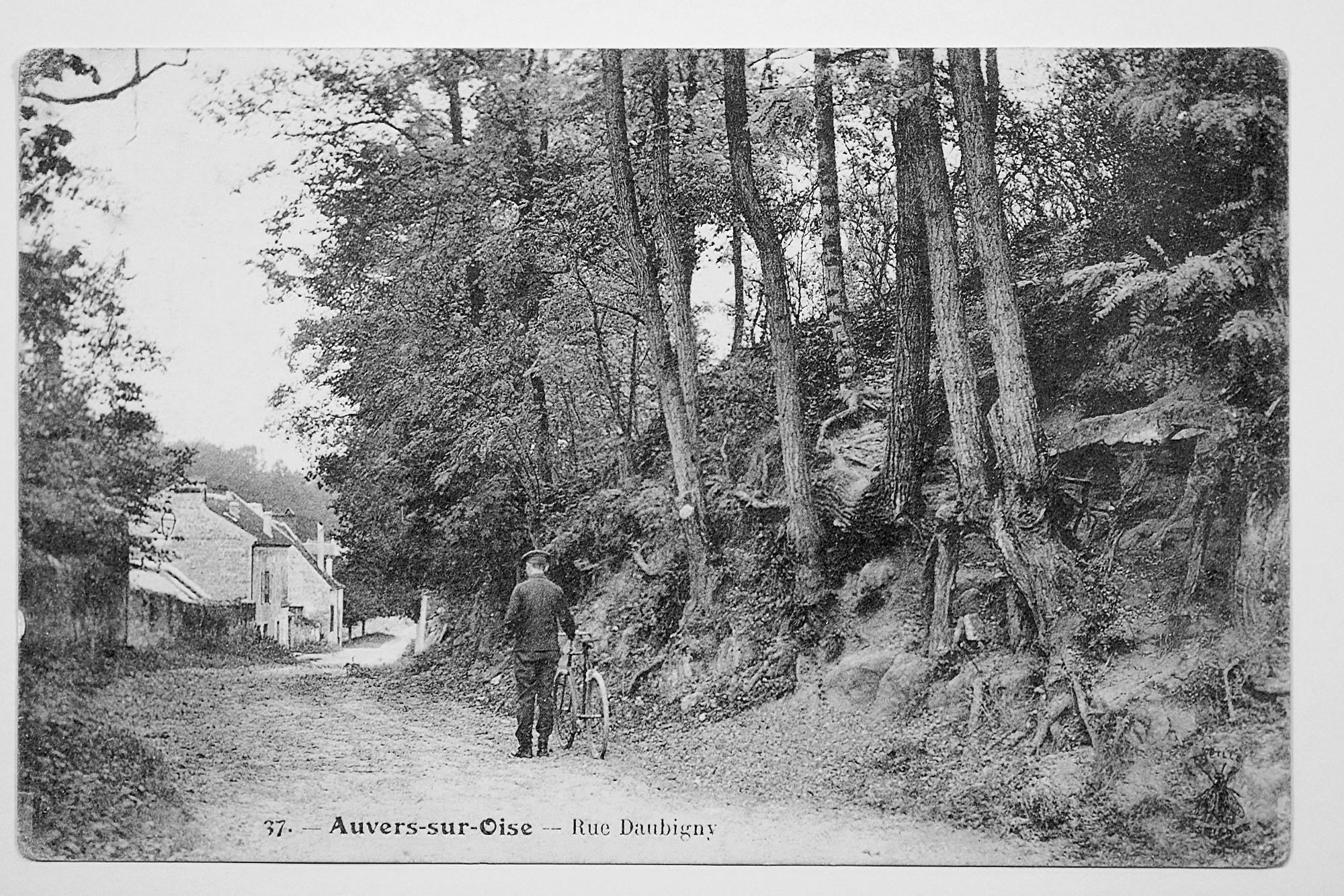 Van der Veen traveled to the spot after his discovery to confirm his suspicions. Scholars at the Van Gogh Museum in Amsterdam, where the painting is on display, have confirmed his findings, adding one more detail to Van Gogh’s final days.

On July 27, 1890, Van Gogh shot himself in the chest with a revolver. Though he was able to seek medical treatment, he would die two days later from an untreated infection resulting from the wound. Vincent’s loyal brother Theo would die six months later. The two are buried side-by-side in Auvers-sur-Oise. 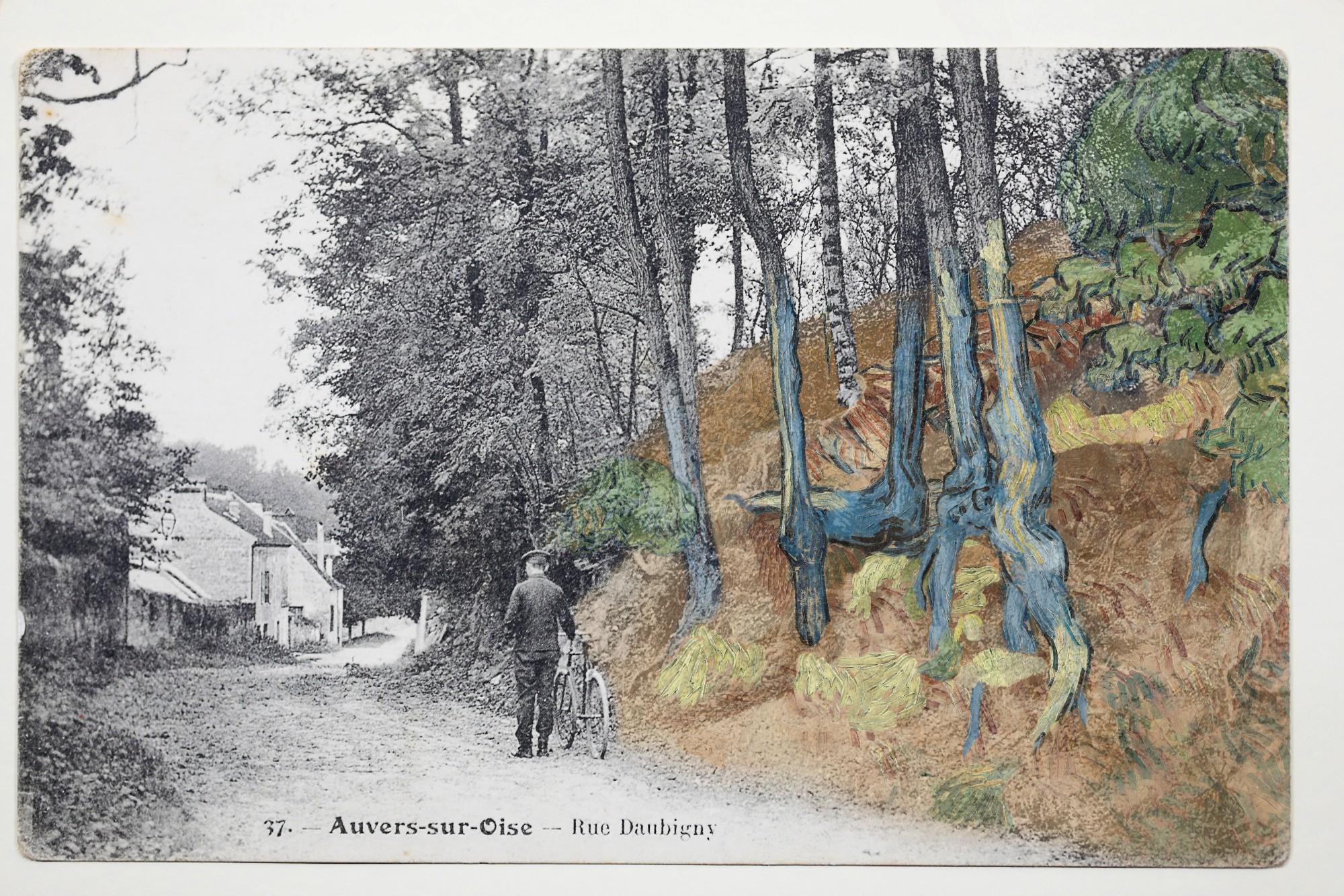 Tree Roots was left incomplete in his death, leading scholars to believe that it is perhaps the last painting he worked on. Van Gogh produced several landscapes on double-square canvases in his final months.

In a letter from Vincent to Theo dated July 2, 1890, he describes his current subject matter: “Then undergrowth, violet trunks of poplars which cross the landscape perpendicularly like columns. The depths of the undergrowth are blue, and under the big trunks the flowery meadow, white, pink, yellow, green, long russet grasses and flowers.”

In the same letter, Van Gogh speaks of hopeful, future plans to visit his bother, while also acknowledging the precarious nature of his mental health, writing "And if my illness recurred you would excuse me, I still love art and life very much..." Van Gogh had only recently been released from the Saint-Rémy asylum, where he was institutionalized following the self-mutilation of his left ear. But Van Gogh's devotion to his work as an artist persisted through his anguish. Some scholars believe he worked in Tree Roots in the last hours before his death.