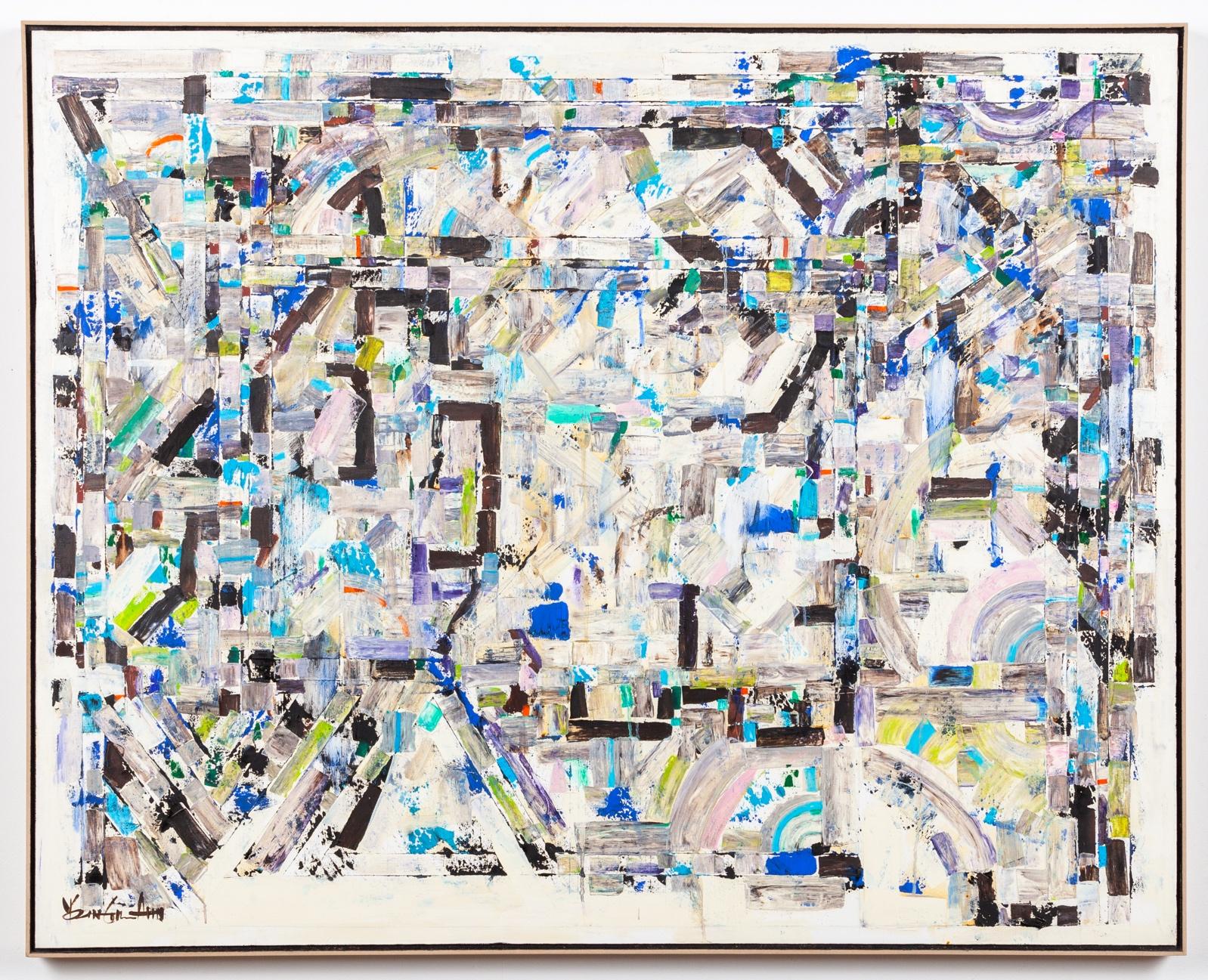 Kavi Gupta's latest exhibition, Young-Il Ahn: Reflection, memorializes the artist, who passed away unexpectedly in the midst of planning this, his second solo exhibition with the gallery. The exhibition examines three key bodies of work—the Water, Self-Reflection, and Memorial to September 11th series—from the pioneering Korean-American abstract painter Young-Il Ahn (1934–2020).

Since his critically acclaimed retrospective Unexpected Light: Works by Young-Il Ahn at Los Angeles County Museum of Art (LACMA) in 2017, Ahn has been receiving steadily increasing attention for his luminous Water paintings. More than 30 years in the making, the series grew out of a formative experience the artist had in 1983, when he was lost at sea aboard a small fishing boat off the coast of Santa Monica. The fog became so dense that he could not even see his own hands, but when the air finally cleared, sunlight illuminated the surface of the ocean. The indelible visual and emotional impression of that moment is what inspired Ahn to devote himself to capturing the sea’s elusive, shimmering color and light in his Water series. 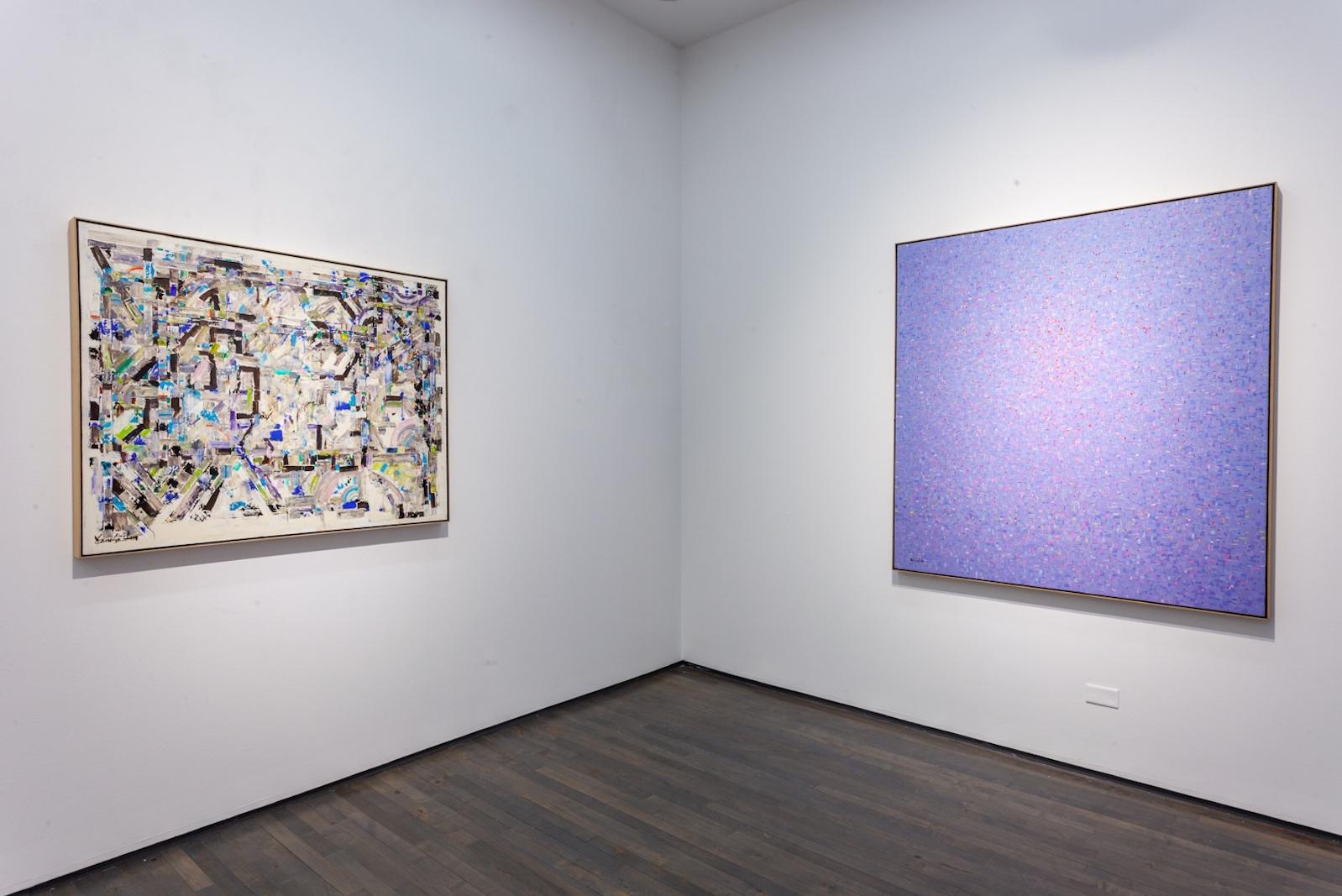 The Self-Reflection series shares many of the organizational hallmarks of the Water paintings, including similarly worked surfaces, impasto mark-making, and compositional reliance on a grid. The autobiographical content of these paintings, however, lends them a unique character within Ahn’s oeuvre, making them one of his most personal bodies of work. Woven into their abstract grids are references to linguistic symbols, including the logically ordered, alphabetical Korean writing system, called Hangul, and the borrowed Chinese characters in the system, called Hanja. 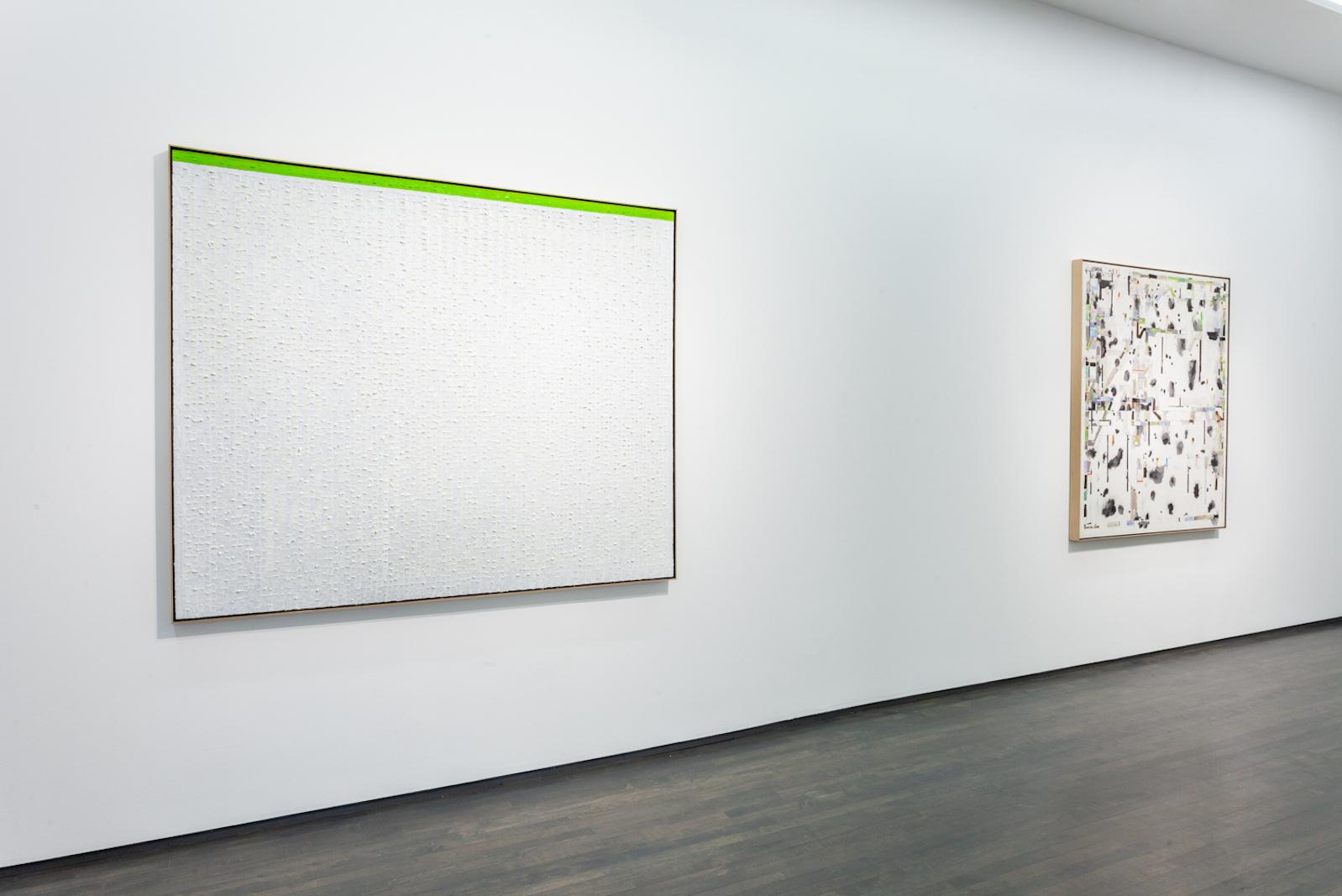 Ahn’s Memorial to September 11th series grew out of the artist’s profound emotional response in the aftermath of the terrorist attacks on the United States on September 11th, 2001. Ahn felt a deep reverence for his adopted American home, and like all Americans, he was horrified at the events of that sad day. Adding to his personal experience of the event was the coincidence that Ahn married his wife Soraya on September 9th, 2001. Soraya’s three grown daughters had flown from New York to California for the wedding. This close brush with the attacks charged them with all-the-greater weight for Ahn and his new family. The mysterious, grim paintings he created in remembrance of the tragedy emanate a sense of pain and sorrow, rather unlike the jovial rhythms of his other canvases. 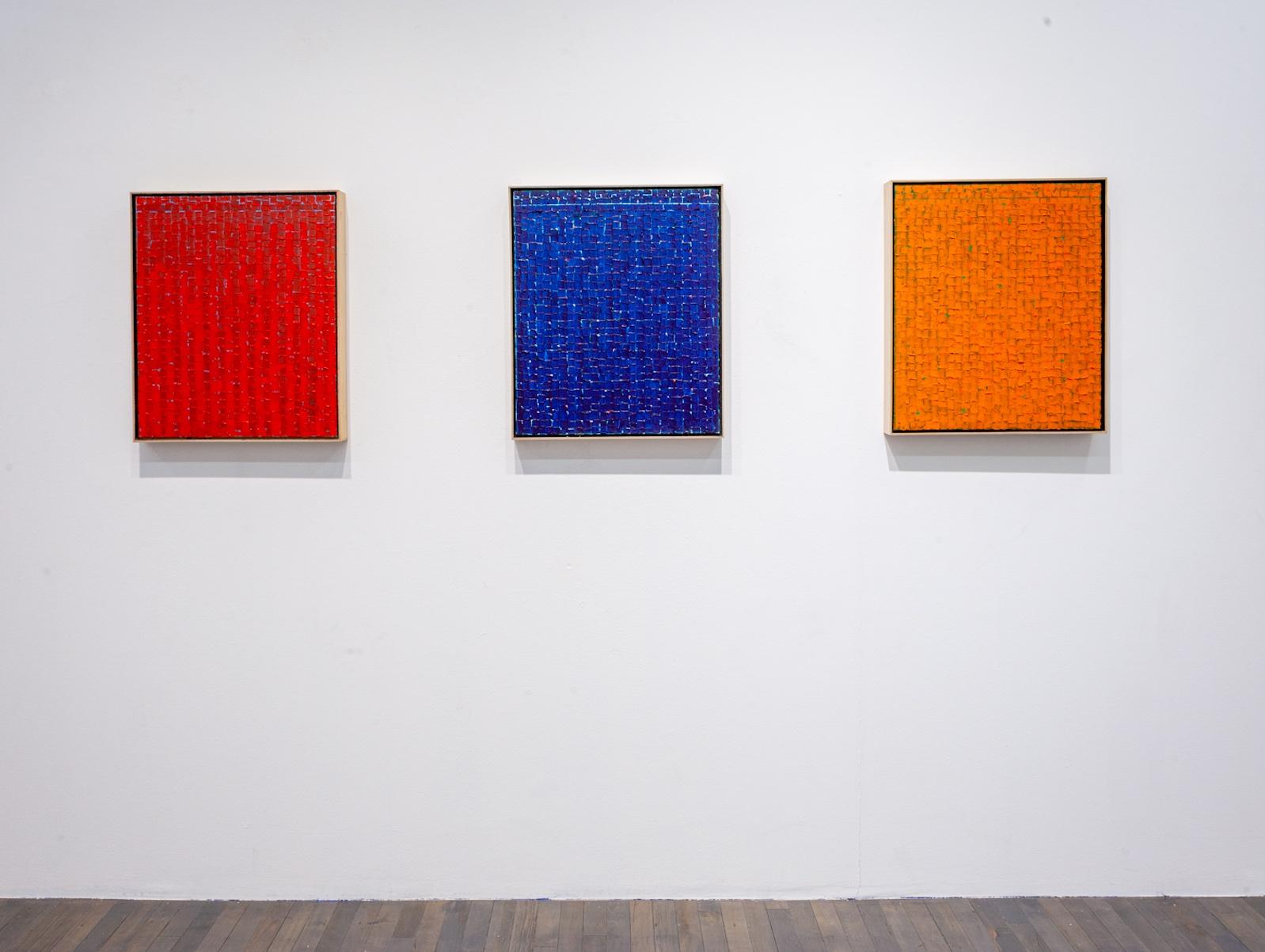 Young-Il Ahn: Reflection aims to expand the scholarship and recognition of all three of these unique and highly personal facets of his practice by exploring the formal and technical parallels across his diverging bodies of work. It is an honor to celebrate the life and work of our departed friend and colleague with this, the final exhibition he helped plan in his lifetime. 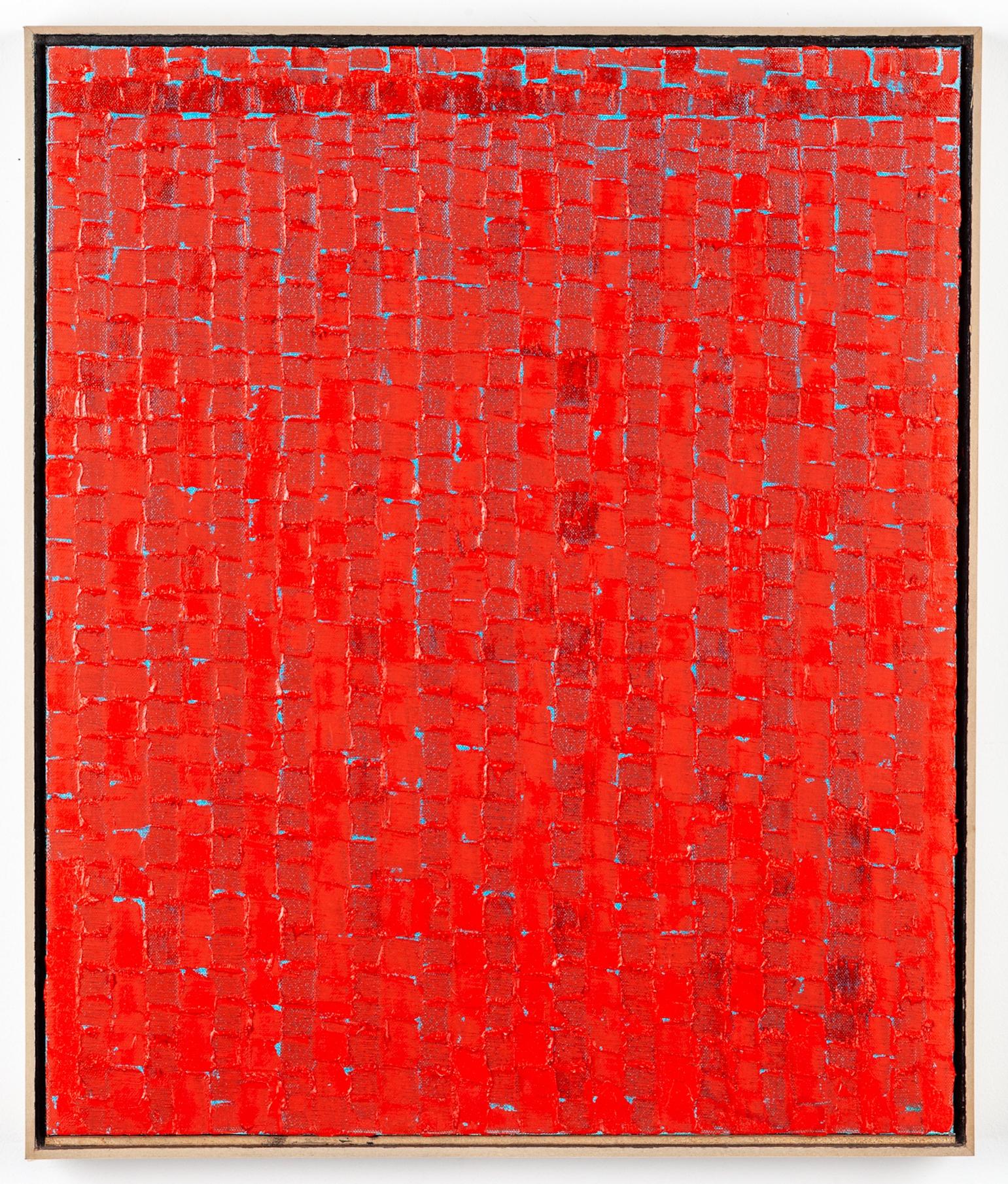 Born in Gaeseong, Korea, in 1934, Ahn earned his BFA from Seoul National University in 1958 and relocated to California in 1966. He is renowned for making intricate, large-scale paintings that explore his relationship with beauty, nature, and music. His work is frequently associated with Dansaekhwa, an aesthetic position specific to Korea, which expresses natural processes through a mostly monochromatic palette. However, as a Korean-born painter who lived and worked in the US, Ahn was unique among Dansaekhwa artists. Recent exhibitions include the retrospective Young-Il Ahn: When Sky Meets Water, at Long Beach Museum of Art, Long Beach, California; Unexpected Light: Works by Young-Il Ahn, Los Angeles County Museum of Art, Los Angeles, California; and A Memoir of Water, Solo exhibition, Long Beach Museum of Art, Long Beach, California. Ahn’s work is held in numerous private and public collections around the world.