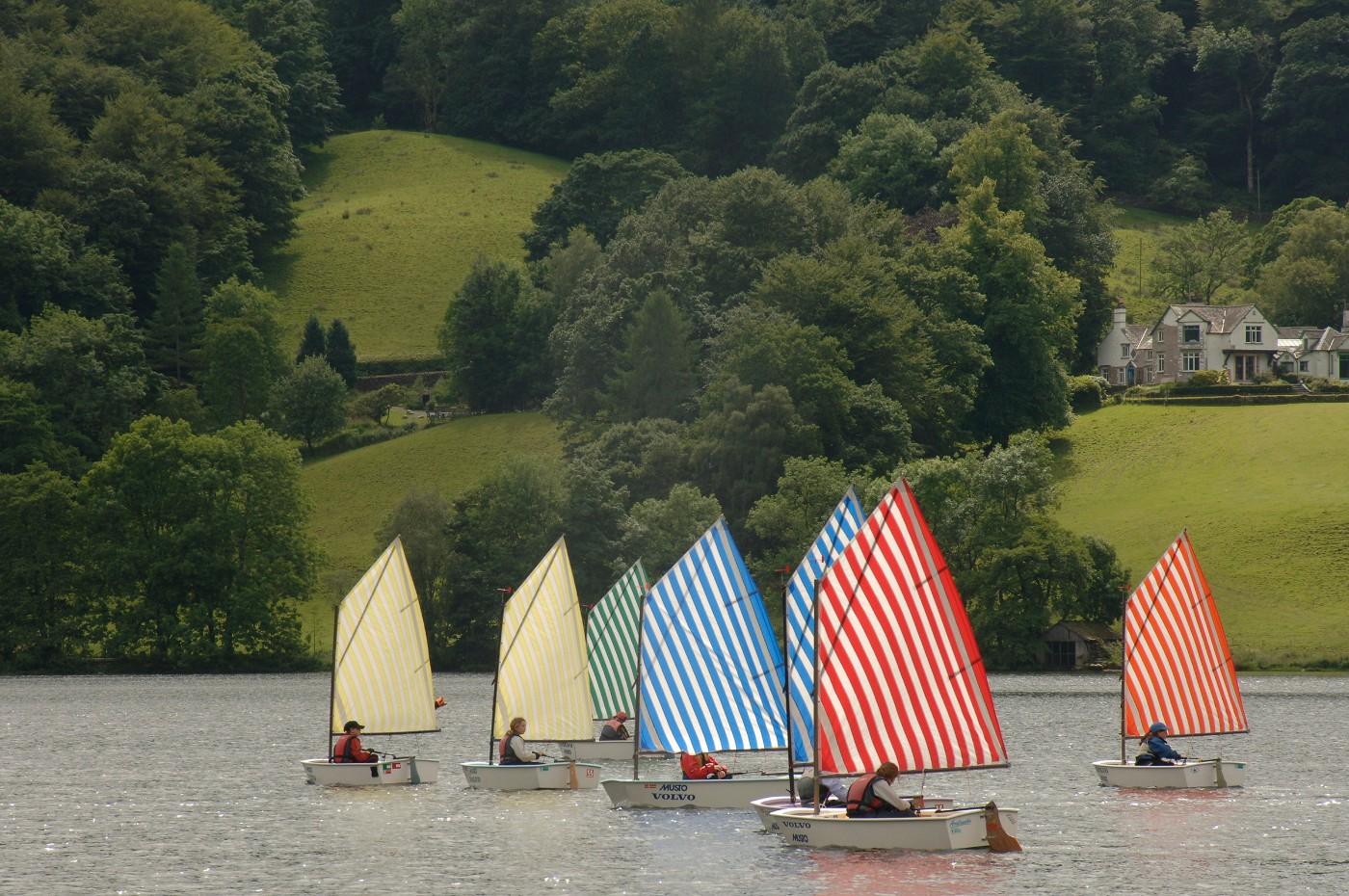 This weekend, the Walker Art Center will commission French conceptual artist Daniel Buren to design and produce "Voile/Toile – Toile/Voile" specifically for Minneapolis, a city known for its urban lakes, waterfalls and rivers. Its first US premiere, this two-part work will be comprised of a public performance in the form of a sailboat regatta on Lake Calhoun/Bde Maka Ska, featuring the artist’s custom-made, signature-striped sails, and an outdoor installation of the sails, hanging in the Cowles Pavilion in the Minneapolis Sculpture Garden. As part of his practice, the sails will be installed in the same order as they cross the finish line of the regatta.

The title "Voile/Toile – Toile/Voile" translates to Sail/Canvas – Canvas/Sail is a play on words that emphasizes the dual nature of a striped canvas as both painting and utilitarian device.  When the sails are put on display, Buren states, “They are canvases that sail the wall, they expose and exhibit themselves as such, but if you go back to their source, they are and will be for a long time to come, painting setting sail.” Originally presented in 1975, this work has been shown in Berlin, Geneva, Villeneuve-d’Ascq, Grasmere, Tel Aviv, and Seville.

ABOUT DANIEL BUREN
Born in Paris, France in 1938, Buren has participated in major exhibitions all over world, including at the Palais des Beaux-Arts (Brussels), Centre Pompidou (Paris), Touko Musueum of Contemporary Art (Tokyo) and Solomon R. Guggenheim Museum (New York).  Buren was awarded the Golden Lion for his French Pavilion in 1986. In 2007, he received the Premium Imperiale for Painting from Japan.  Most recently in 2012, Buren was selected for the site-specific Monumenta 2012 commission at the Grand Palace in Paris, France.

In the 60s, while searching for canvas at a Parisian market, Buren came across a striped awning fabric. As he began to abandon traditional painting, he incorporated the minimalist pattern into his work. He called it “degree zero” painting, distilling painting to its very core. Later he began using vertical stripes as a visual tool, creating his works in situ – created at the site where the work will be displayed –  to draw attention to the physical and social character of the places where his work is exhibited.

"Voile/Toile – Toile/Voile" Regatta Day
June 23
Lake Bde Maka Ska
In collaboration with the Minneapolis Sailing Center, the Walker will present the regatta for "Voile/Toile – Toile/Voile" on Bde Maka Ska (formerly Lake Calhoun) on Saturday, June 23, 2018. While Buren has used Optimist boats for the works’ previous regattas, the Walker’s presentation will include larger, double-sail boats (class Club 420). The artist will direct the race for nine sailboats, steered by 18 teenagers. After the race takes place, the Walker will host a lakeside reception for the artist, participants, and audiences.

The regatta for "Voile/Toile – Toile/Voile" is presented in collaboration with the Minneapolis Sailing Center.

"Voile/Toile – Toile/Voile" Installation
June 26, 2018 – mid-October 2018
Minneapolis Sculpture Garden, Cowles Pavilion
Following the event, Buren’s sails will be displayed in the order in which the boats finish the race. The installation will be free to the public and located in the Cowles Pavilion in the Minneapolis Sculpture Garden and remain on view throughout the summer, accompanied by a series of public programs. When the installation closes in October, the Walker will be the first museum to acquire "Voile/Toile – Toile/Voile," providing the opportunity for repeat presentations with the requirement that the piece must be performed once again. Accompanying the installation, a public event in conversation will take place between artist Daniel Buren and curator Pavel Pyś in the Walker Cinema on June 26.