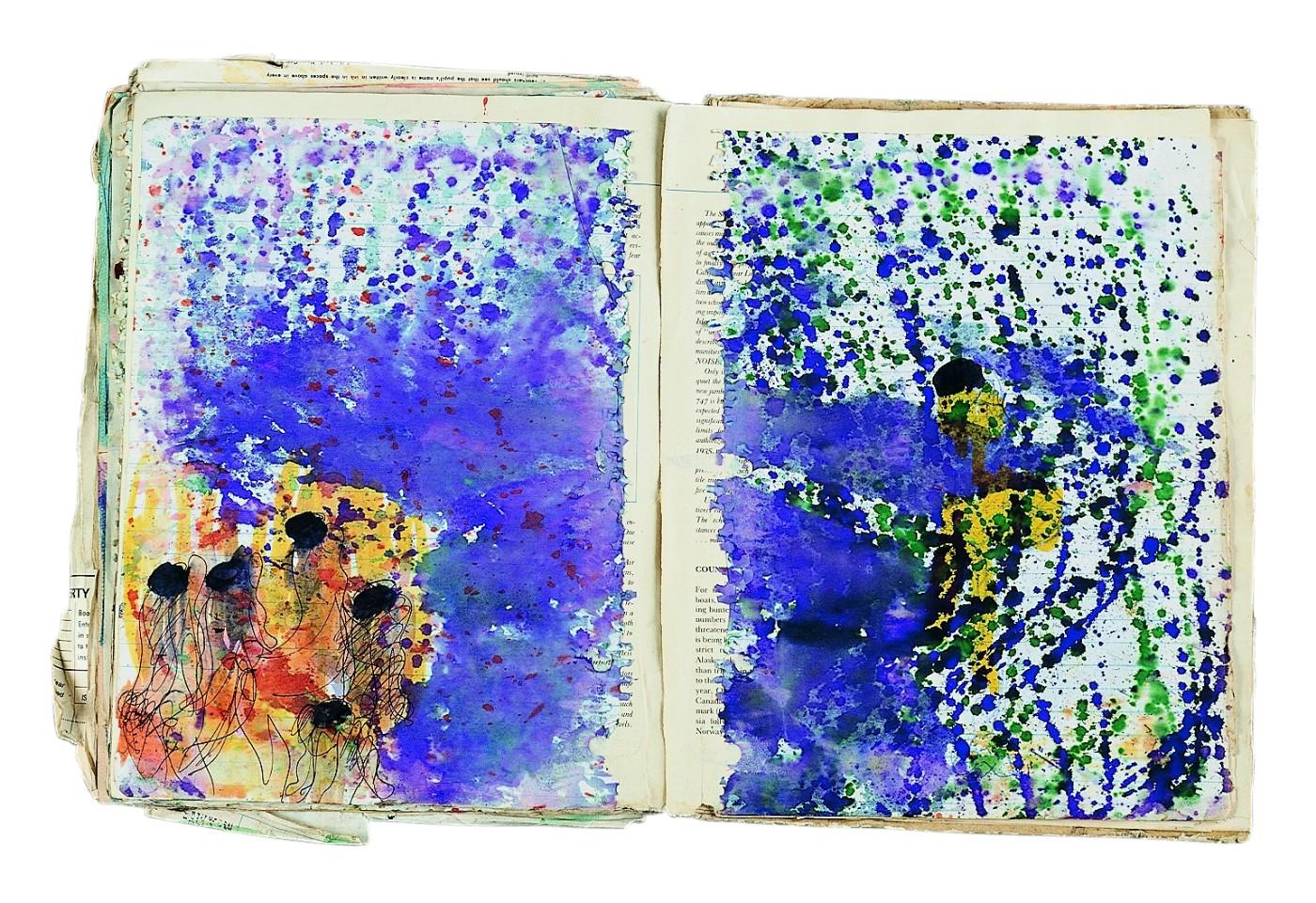 Richmond, Virginia — The Virginia Museum of Fine Arts has added 34 artworks by African American artists to its collections. The works, acquired from the Atlanta-based Souls Grown Deep Foundation, are part of a gift/purchase program designed to strengthen the representation of African American artists from the Southern United States in leading art museums across the country. Since 2014, the Souls Grown Deep Foundation has transferred more than 200 artworks to the permanent collections of leading art museums. With this acquisition, VMFA joins the ranks of The Metropolitan Museum of Art, the Fine Arts Museums of San Francisco, the High Museum of Art in Atlanta, the Philadelphia Museum of Art, and other institutions who have significantly increased their holdings through this effort.

“The Souls Grown Deep Foundation is an extraordinary partner for VMFA given the museum’s strategic-plan initiative to expand and diversify its collection by adding new works by African American artists and artists from the African diaspora who are currently underrepresented in the collection,” said Valerie Cassel Oliver, VMFA’s Sydney and Frances Lewis family curator of modern and contemporary art. “Collectively, these artworks will help to expand our narrative around modern and contemporary art by including works by artists whose extraordinary talents were nurtured through informal educational frameworks such as familial traditions and social engagement rather than conventional art schools or university study.”

VMFA will present the newly acquired works in a special exhibition in its Evans Court Galleries between June 8 and Nov. 17, 2019. The exhibition will be also accompanied by a fully illustrated catalogue published by VMFA.

“This landmark acquisition will provide greater dimension to VMFA’s collection, allowing us to more accurately present the history of contemporary American art,” said VMFA Director Alex Nyerges. “These artworks will help to tell a story that for too long has been overlooked by museums and art historians.”

The Souls Grown Deep Foundation was created in 2010 by art historian and collector William S. Arnett to document, preserve and promote the work of self-taught and undiscovered contemporary artists from the Southeastern United States. Arnett began collecting such artworks in the mid-1980s and, with his sons, continued over the next three decades to amass a collection of more than 1,200 works. By transferring its holdings to leading art museums, the Souls Grown Deep Foundation aims to reshape the narrative of contemporary American art history, shedding new light on the rich visual traditions of largely unknown African American artists and the ways in which their art further illuminates the social and political issues of their times.

“We are thrilled to add the Virginia Museum of Fine Arts to the growing list of museums across the country that are helping to advance the mission of the Souls Grown Deep Foundation by collecting and presenting art of the African American South. By partnering with these leading institutions and continuing to increase the visibility and accessibility of artworks by these important artists, we can reshape the narrative of American art,” said Maxwell L. Anderson, president of the Souls Grown Deep Foundation.

Highlights of the Acquisition

Thornton Dial
VMFA’s collection will be enhanced through the addition of an important group of sculptures, paintings and works on paper by Thornton Dial (1928-2016). Dial was born in Emelle, Alabama, and moved to Bessemer, Alabama, as a teen, where he lived the remainder of his life, working as a metalworker at the Pullman Standard Plant, making rail cars. When the plant closed in 1981, Dial devoted himself to making art, using metal rods, scraps and other found materials in sculptures; creating paintings from polymer, discarded fabric and carpet; and producing works on paper drawn with delicate lines and splashes of watercolor. Dial’s artworks addressed both social and political issues and celebrated African American culture and history. The works acquired from the Souls Grown Deep Foundation join two pieces currently in VMFA’s collection: Old Uncle Buck: The Negro Got to Find Out What’s Going on in the United States (2002) and Freedom Cloth (2006), both donated to the museum by Bill and Pam Royall in 2015. The acquisition of Dial’s works on paper will also enable future collaborations with Richmond’s Virginia Union University, a historically black university, which owns a significant collection of Dial’s works on paper and several paintings.

Gee’s Bend Quilts
The female residents of the African American community of Gee’s Bend, Alabama, have long produced distinctive quilts made from recycled clothing, feed sacks and fabric remnants. These quilts are characterized by bold, improvised geometric patterns and color combinations. Generations of women in the community have passed down the quilting tradition through quilting groups and family relationships. The 13 quilts acquired by VMFA from Souls Grown Deep Foundation represent as many as four generations of Gee’s Bend families, as seen in the quilts of the Bendolphs, Bennetts and Pettways ­— all of whom can trace their ancestral roots back to the period of slavery and, specifically, the Pettway Plantation. As such, their unique works retain aesthetics that are deeply rooted to the area and African textile traditions.

Most of the selected quilts were created in the early 1970s through a Sears, Roebuck and Co. initiative that contracted the Freedom Quilting Bee, a sewing cooperative based in Alberta, Alabama, near Gee’s Bend, to produce pillow covers using wild-wale cotton corduroy. Leftover scraps were taken home and shared with friends and family, inspiring the creation of vibrant works of textile art. The quilts comprising this acquisition are part of the Corduroy Series.

“This strong selection of quilts by the women of Gee’s Bend not only increases the presence of women in VMFA’s collection,” said Michael Taylor, VMFA’s chief curator and deputy director for art and education, “but will also expand narratives of modern and contemporary art by including works by artists working in fiber and textiles.”

About Souls Grown Deep Foundation
Souls Grown Deep Foundation is a non-profit organization dedicated to documenting, preserving and promoting the work of leading contemporary African American artists from the Southeastern Unites States. Its mission is to include their collaborations in the cannon of American art history through acquisitions from their collections by major museums, as well as through exhibitions, programs and publications.

The Foundation derives its names from a 1921 poem by Langston Hughes (1902-67) titled The Negro Speaks of Rivers, the last line of which is “My soul has grown deep like the rivers.”