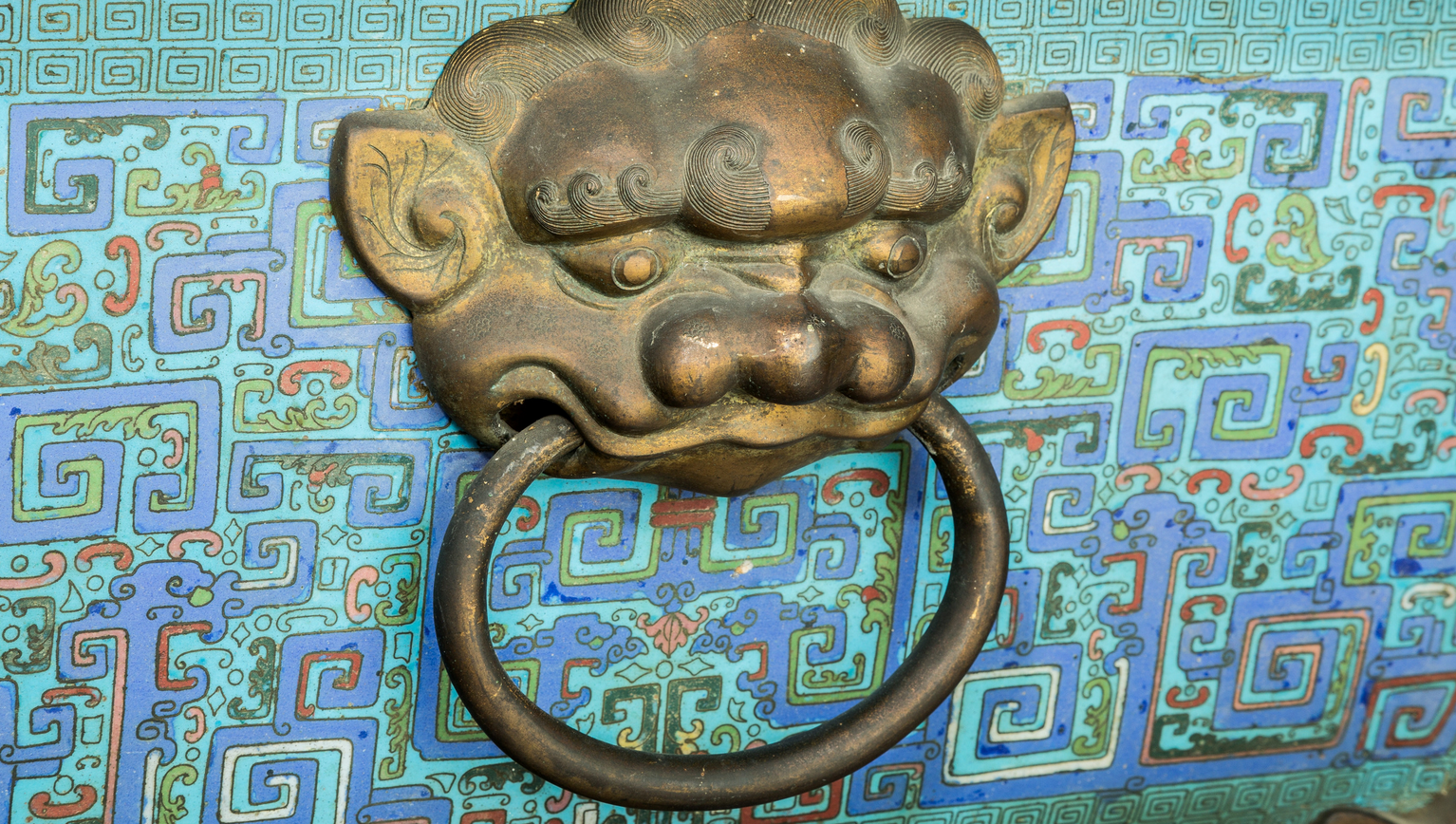 Large cloisonné and bronze censers often are associated with the vast temples and chambers of Beijing's Forbidden City, at times used for burning various forms of incense or as heat-generating braziers. This example comes from the collection of Henry C. Gibson (1830-91), a Philadelphia-area banker and financier, as well as a director and vice president of the Pennsylvania Academy of Fine Arts. It is believed this piece was acquired in Europe in the second half of the 19th century and is offered in its unrestored condition, complete with its fitted interior copper charcoal tray. The only known cloisonné censer of comparable size and form currently is displayed at the Musée Chinois de l'Impératrice in the Château de Fontainebleau outside Paris, France.

An Album of 10 Landscape Paintings by Zhang Zongcang (1686-1756), Qing Dynasty, 18th century (est. $50,000-70,000), which once was in the possession of a foreign diplomat to China in the 1970s, features artwork by this important imperial court painter to the Qianlong Emperor who is known for his landscapes done in the "dry brush" style.

A Fine and Very Rare Chinese Imperial Hunting Knife with Enameled Gold and Silver Sheath Qing Dynasty, Qianlong Period, 18th century (est. $50,000-70,000) features a knife that was part of the imperial costume of the Qing court. A symbol of the Qing rulers' Manchurian ancestry, it represented their ruggedness and self-reliance. Among those from the Qinglong period, this knife is arguably the most formal in style and construction, thanks in part to the rare tapering gold and enameled silver sheath.

A Large Chinese Carved Yellow Jade Bowl with Cloud and Mountain Flower Relief Decoration to Exterior, late Qing Dynasty (est. $40,000-60,000) stands out in part because yellow is among the rarer colors of nephrite mined in China during the Ming and Qing Dynasties. Few bowls of this size – the bowl is nearly four inches high and has a diameter of nearly 10 inches – are known to exist, as yellow jade deposits rarely yield samples large enough for carvings of this size.

A Very Fine and Rare Partial Set of Six Imperial Chinese Embroidered Silk Hundred Crane Scrolls, Qing Dynasty, 18th century (est. $20,000-40,000) is a rare compilation from a set that originally included nine scrolls. Decorated in the "100 Cranes" motif, these scrolls display the style of embroidery that was an important pastime among women of the Qing court. These scrolls represent months of work in the imperial textile workshop and likely adorned a wall in the chambers of a high-ranking woman within the walls of the Forbidden City.

Other top lots are expected to include: