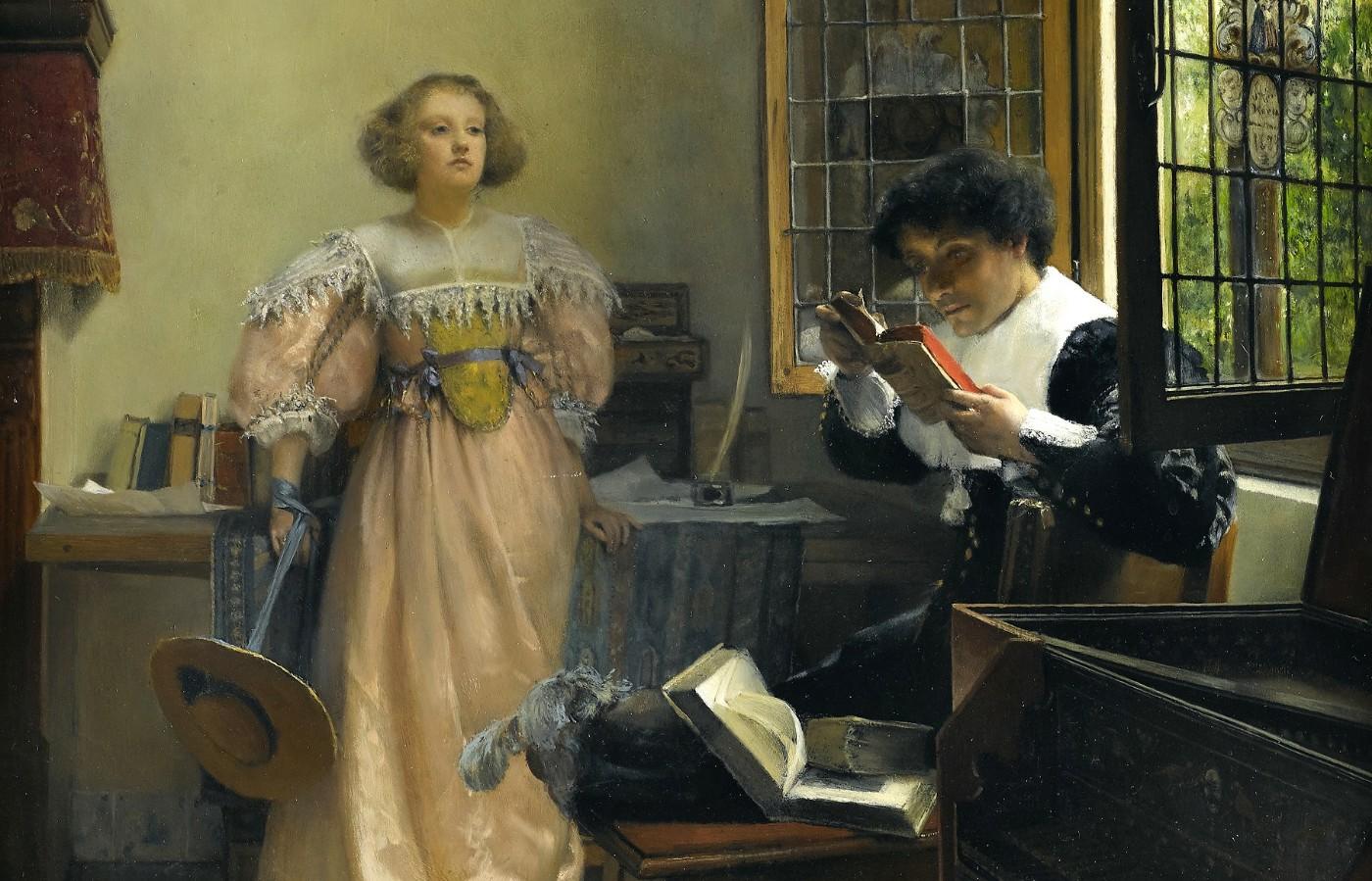 New York− On November 7, Bonhams sale of 19th Century European Paintings will be highlighted by Lady Laura Theresa Alma-Tadema’s The persistent reader. Estimated at $100,000-150,000, it is being offered for sale for the first time since 1941. 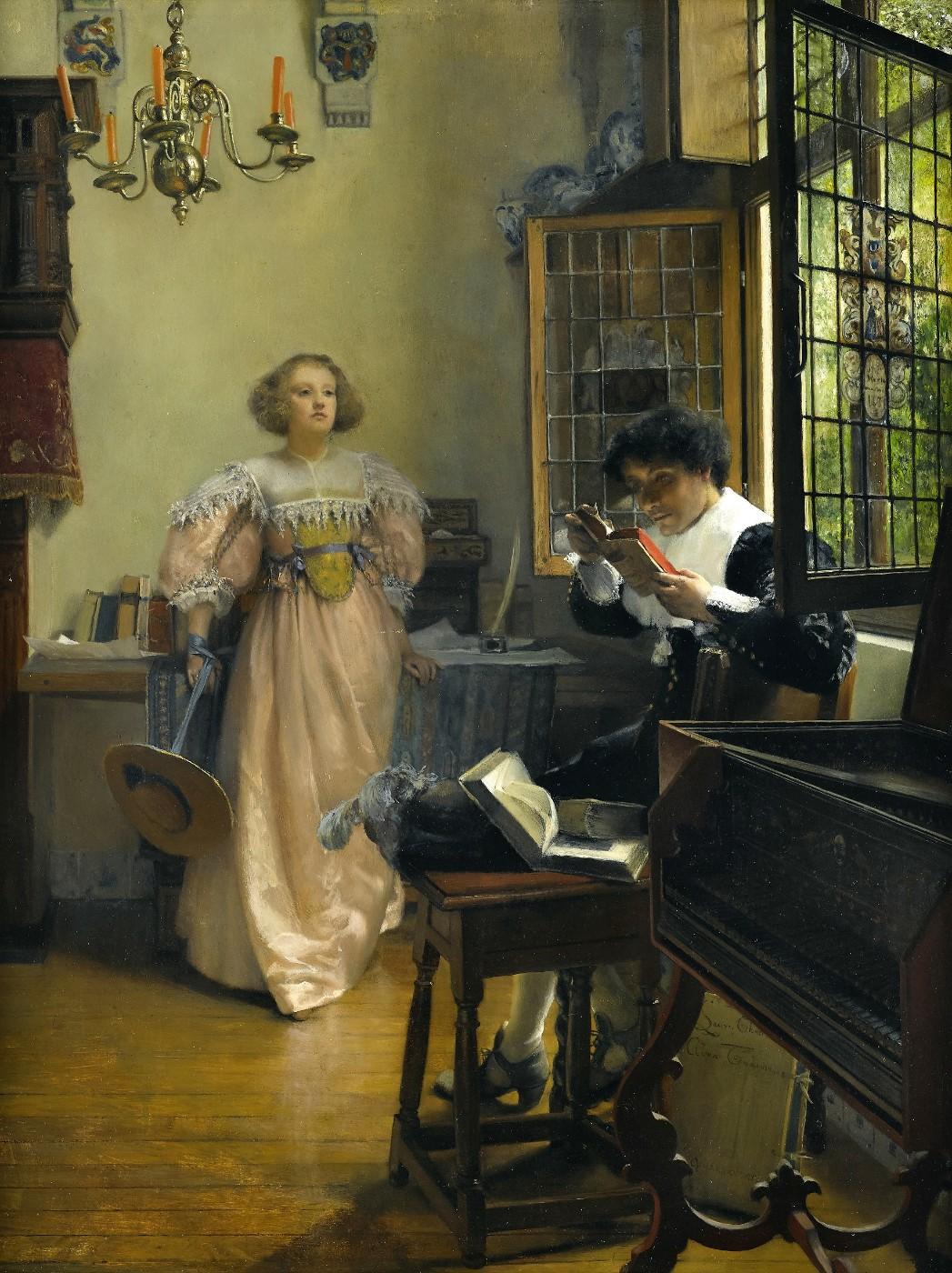 Lady Laura Theresa Alma-Tadema (British 1852-1909) became an excellent painter and started exhibiting at the Paris Salon in 1873 at the age of 21 and was included in the Paris International Exhibition of 1878 as one of only two women artists. The Royal Academy and Grosvenor Academy were further venues of exhibition, as well as the World's Columbian Exhibition of Chicago from 1893.

Her love for everything Dutch was conspicuous. The persistent reader illustrates figures pictured in a stylized 17th Century Dutch interior wearing period costumes. The cropped composition, the windowed light source, as well as the saturated colors are reminiscent of Johannes Vermeer, whose paintings Laura had studied on her trips to Holland. Laura Alma-Tadema's skill in depicting domestic interior scenes in Dutch settings was unparalleled and her talent was recognized throughout Europe. In 1896 she received the gold medal of the German government and one of her paintings was acquired for the Imperial collection. Like her husband Lawrence Alma-Tadema, Laura numbered her works in Roman numerals, but rarely dated them.

The persistent reader boasts of an illustrious provenance, having been acquired through the dealer M. Knoedler directly from the artist by Mr. and Mrs. Henry Walters of Baltimore. Mr. Walters was a noted railway magnate, art collector and philanthropist from Baltimore, who founded the Walters Art Gallery (now the Walters Art Museum) in Baltimore, Maryland. He was also a Vice President on the executive committee of the Metropolitan Museum of Art in New York. The Walters' art collection in the 61st street residence in New York was so vast, that it took several years to be sold at auction after Henry Walters' death in 1931. The sale of 1941 at Parke Bernet stretched over seven days and was followed by another large sale in 1943, which liquidated the contents of that residence. 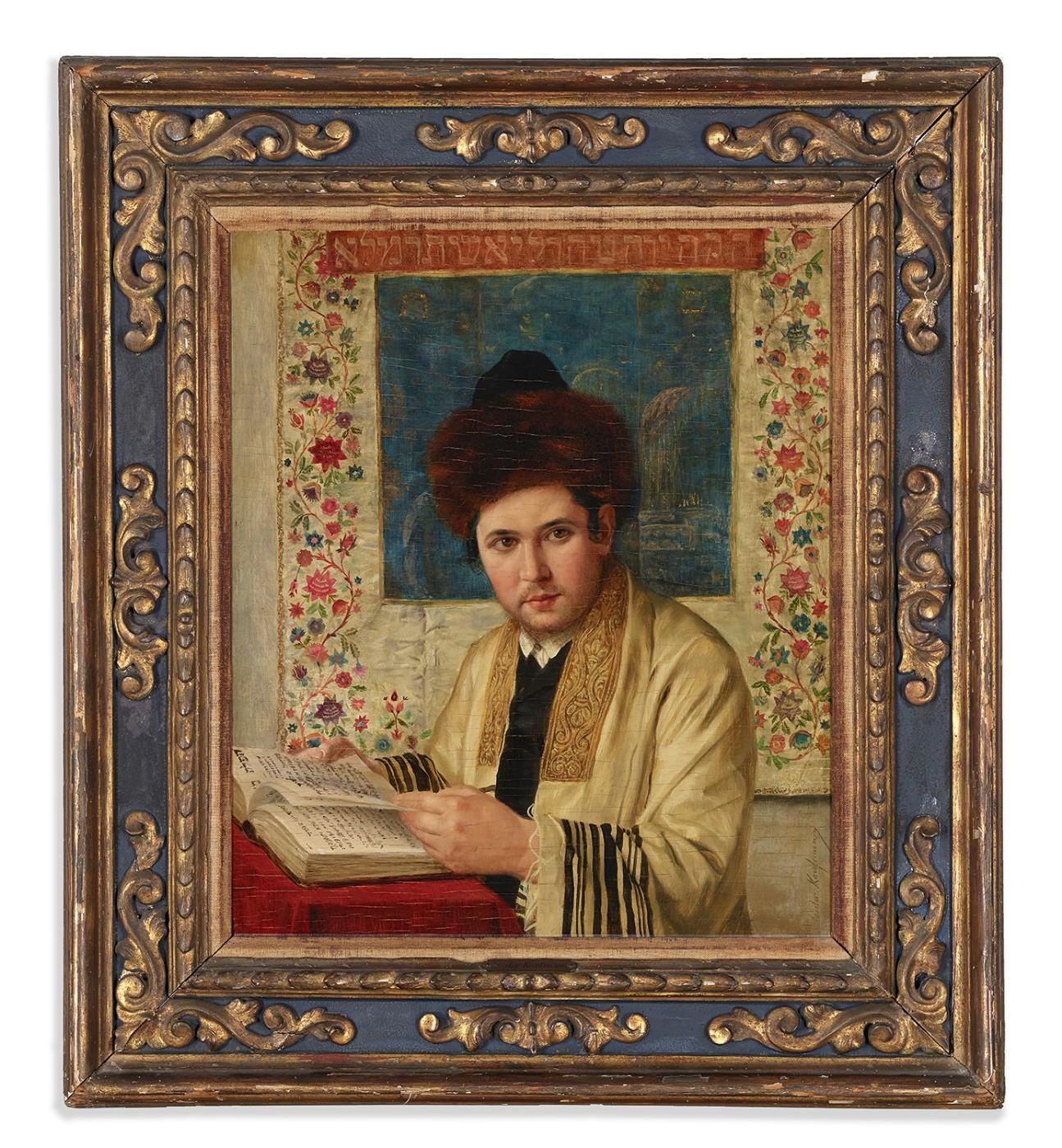 Another highlight from the sale is A portrait of a Hassidic Talmud student by Isidor Kaufmann (Austrian, 1854-1921) (estimate: $100,000-150,000). The young man in the present painting is depicted sitting in front of a Torah curtain that is decorated with an embroidered Torah verse at the top edge, flanked by floral garlands. He is wearing a fur spodek and a prayer shawl draped around his shoulders. Both items are attributes that were worn by married men.