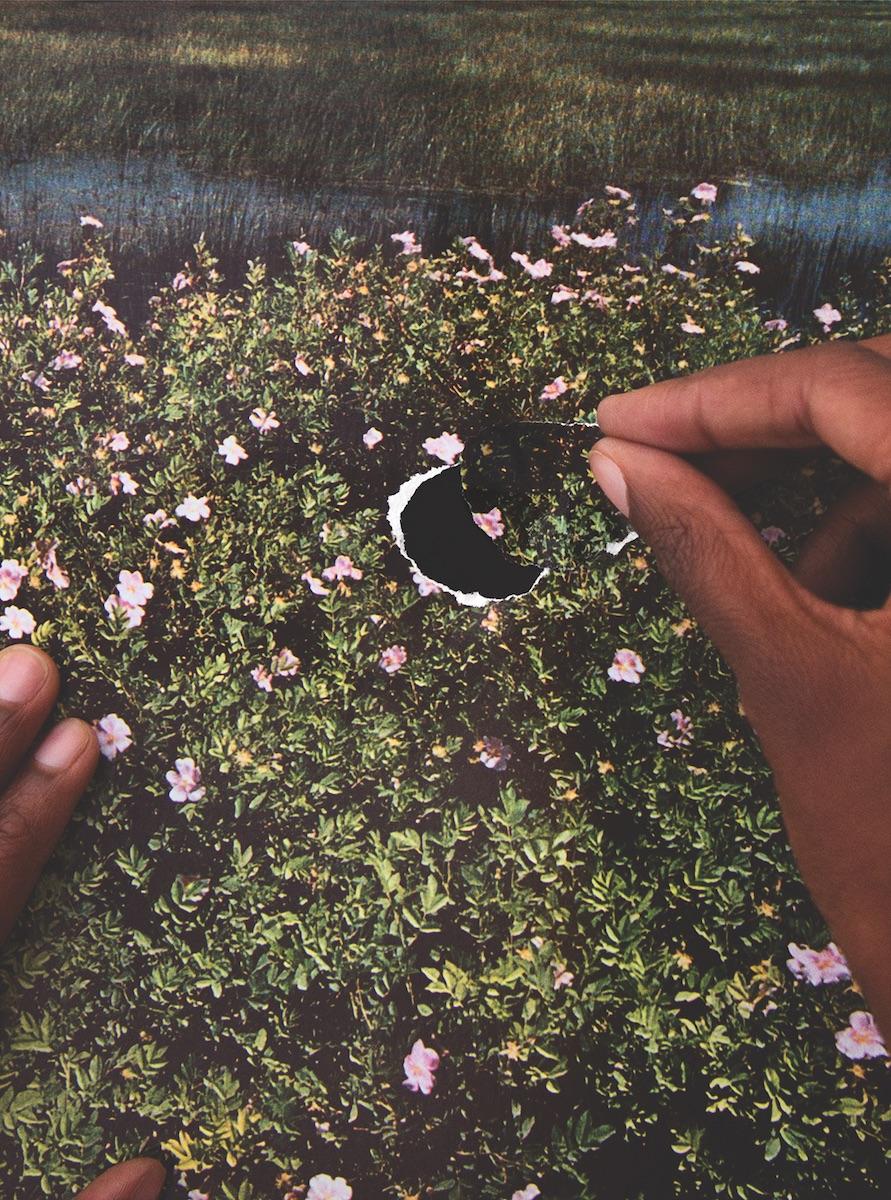 NEW ORLEANS, LA – The New Orleans Museum of Art (NOMA) presents New Photography: Create, Collect, Compile, on view now through March 7, 2021. The exhibition brings together the work of four contemporary photographers—Elliott Jerome Brown, Jr. (American, born 1993), Esther Hovers (Dutch, born 1991), Dionne Lee (American, born 1988), and Guanyu Xu (Chinese, born 1993)—who all work with and critique new practices in photography. In a world where photography has become an open-source language, these artists pose questions about who gets to use that language and what it can communicate.

“NOMA has a rich tradition of presenting important contemporary photography, dating all the way back to the museum’s first photography exhibition in 1918,” said Susan Taylor, Montine McDaniel Freeman Director. “We are delighted to open a new chapter in this tradition with New Photography: Create, Collect, Compile.” 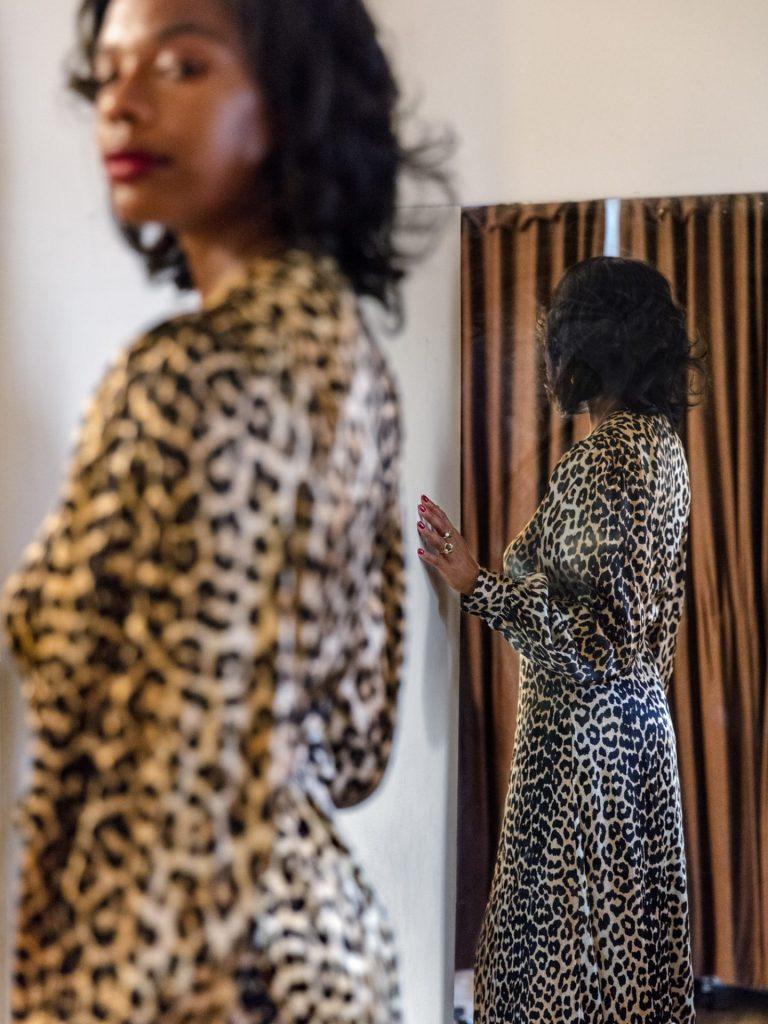 Courtesy of the artist and Nicelle Beauchane Gallery

Elliott Jerome Brown, Jr., (American, b. 1993), Fallen out of responsibility with myself, she was born into something ready to receive her., 2020, Pigmented ink print.

Artists featured in New Photography consider and respond to the ways in which making and sharing photographs has shifted dramatically over the past two decades, and how those changes can lead to issues of access, privacy, and control of one’s image and story. By engaging with these concerns, Brown, Hovers, Lee, and Xu work to re-assert control over the photographic story through the creation, collection, or compilation of images. Unified by their understanding of the photograph as an ambiguous messenger, these photographers work both with and against new photography practices to trace stories about identity, community, and power. Whether interspersing magazine images with photographs of their own in ambitious installation images (Xu), embedding photographs within the museum’s architecture (Brown), appropriating and transforming sailing, landscape, and survival images (Lee), or interrogating the collection of images by surveillance cameras (Hovers), each of these artists considers how photographs, both found and made, and the spaces in which they are encountered interact to create new meaning.

“It is an honor to work with four such insightful photographers and to explore how their work signals an important shift in our understanding of photography,” said Lord.

“We hope that the ways in which these photographers weave together stories about their identities will inspire deep thinking about the language of photography,” said Piper.

New Photography is sponsored by the Del and Ginger Hall Photography Fund. Additional support is provided by George and Milly Denegre, John Abajian and Scott Simmons, the A. Charlotte Mann and Joshua Mann Pailet Endowment, and Delta Airlines. 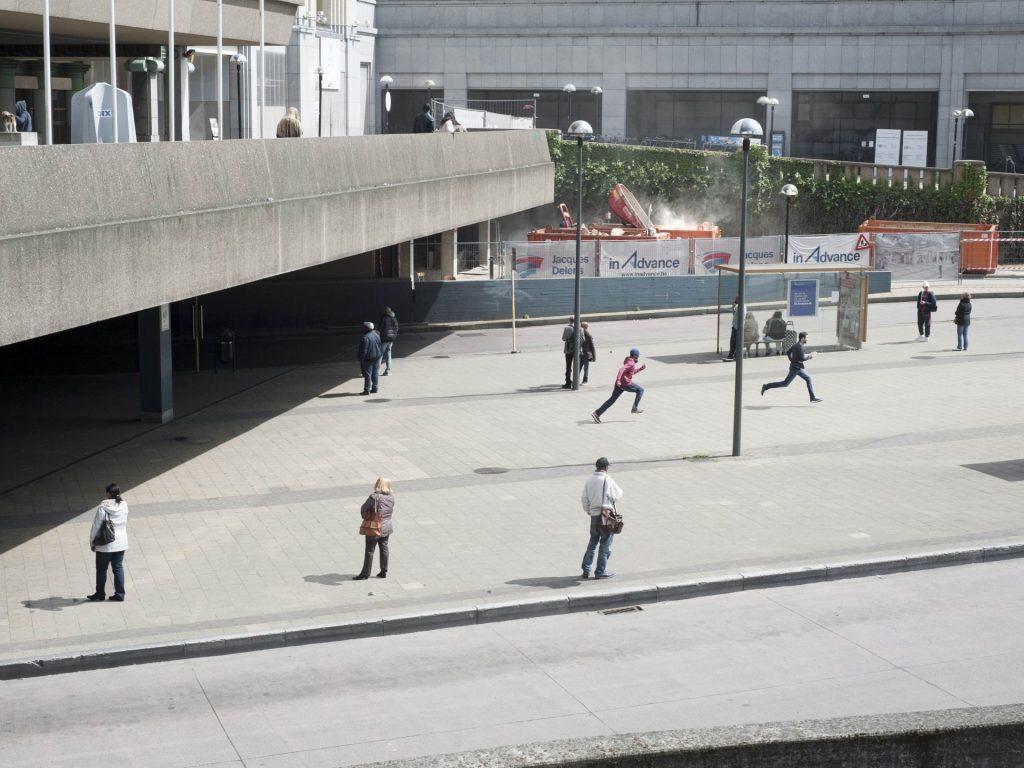 Guanyu Xu (Chinese, b.1993) collages his own photographs with pages ripped from Western magazines to weave together an honest and multifaceted narrative about his own identity, desires, and his contentious relationship with his upbringing. Elliott Jerome Brown, Jr. (American, b. 1993) creates a photography installation that invites us to relate imaginatively to the world in each photograph and reminds us that while photography is often about selection and collection, it is also always about omission and dispersion. Dionne Lee (American, b. 1988) combines images taken from sources that include sailing and wilderness manuals with images of her own making to create works that ask what type of body gets to occupy or possess the landscape, and who will be given the resources and knowledge to survive it. Esther Hovers (Dutch, b. 1991) explores the role surveillance cameras play in modern life, creating photographs and ephemera that both mimic and undermine the authority of the camera, reminding us of the danger in leaning too heavily on simple categories and visual data to determine human intent.

New Photography will be the first major physical museum exhibition for Brown, Lee, and Xu, and the first in the United States for Hovers. The exhibition features a unique, site-specific installation by Brown, and will be accompanied by four monographic publications, one for each artist, to be released in 2021.

Artist conversations will premier on NOMA’s website and social media channels throughout the course of the exhibition. Enjoy a conversation between Russell Lord and Guanyu Xu, as well as two separate interviews by Brian Piper with artists Dionne Lee and Elliott Jerome Brown, Jr.

About NOMA and the Besthoff Sculpture Garden

The New Orleans Museum of Art, founded in 1910 by Isaac Delgado, houses more than 40,000 works of art encompassing 5,000 years of history. Works from the permanent collection, along with continuously changing special exhibitions, are on view in the museum’s 46 galleries Wednesday through Sunday, 10 AM to 5 PM. The adjoining Sydney and Walda Besthoff Sculpture Garden features work by more than 90 sculptures, including works from several 20th and 21st-century master sculptors. NOMA’s Besthoff Sculpture Garden is open to the public Wednesday through Sunday, 9:30 AM to 5 PM. The New Orleans Museum of Art and the Besthoff Sculpture Garden are fully accessible to handicapped visitors and wheelchairs are available from the front desk. Museum admission is free on Wednesdays for Louisiana residents, courtesy of The Helis Foundation. Children 12 and under receive free admission. Teenagers (ages 13-19) receive free admission courtesy of The Helis Foundation.