Making Good on a Super Bowl LII Bet, Boston To Send a Patriot to Philadelphia 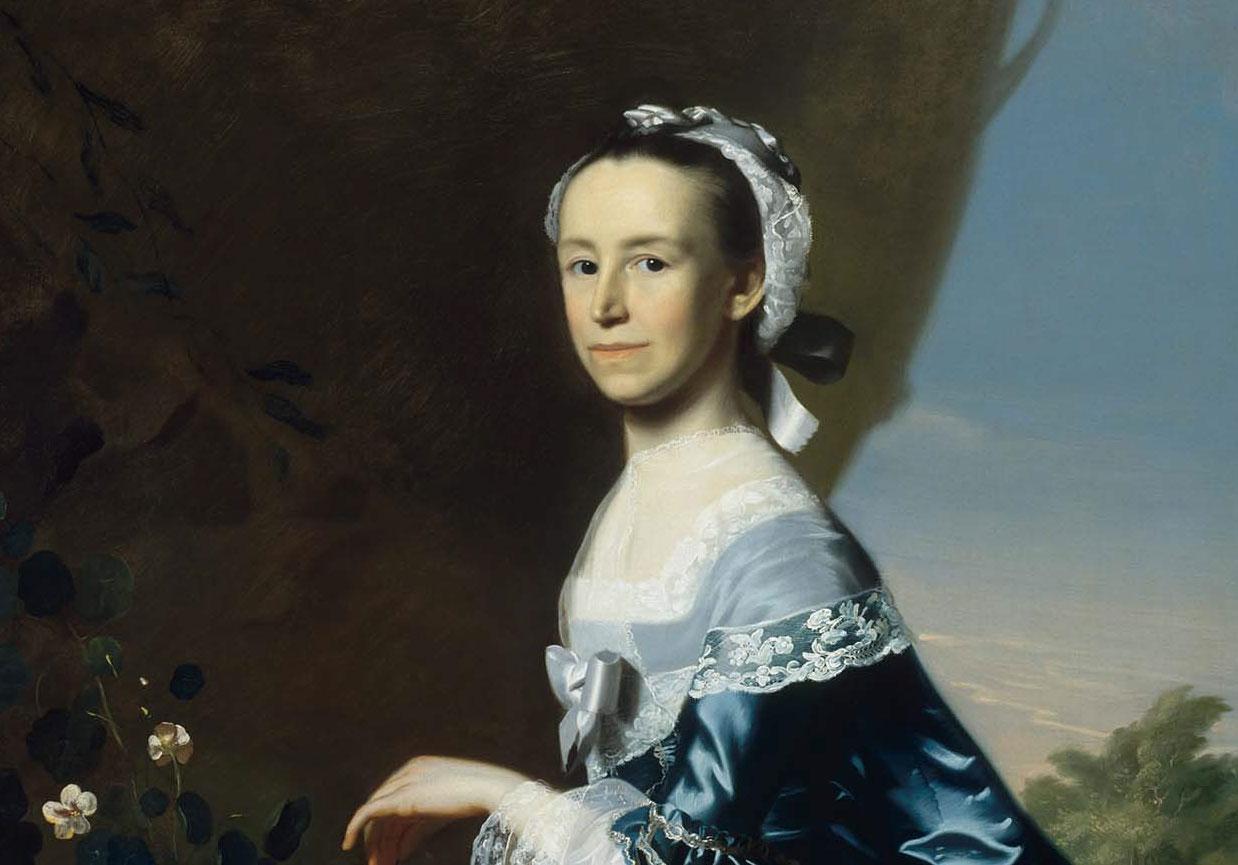 The outcome of what may be the most revolutionary Super Bowl bet ever made will be presented in the hometown of the victorious Philadelphia Eagles beginning March 7, when one of Boston’s most distinctive patriots makes a striking appearance in the American Galleries of the Philadelphia Museum of Art.

At 12:30 p.m., the Museum will “unveil” a painting from the collection of the Museum of Fine Arts, Boston: John Singleton Copley’s Mrs. James Warren (Mercy Otis), which portrays one of New England’s most ardent advocates for independence in the decade before the Revolutionary War.

This special loan was triggered by the Philadelphia Eagles’ spectacular win over the New England Patriots, before which Timothy Rub, The George D. Widener Director and Chief Executive Officer of the Philadelphia Museum of Art, had made a friendly wager with Matthew Teitelbaum, The Ann and Graham Gund Director of the Museum of Fine Arts, Boston, about the outcome of the game. 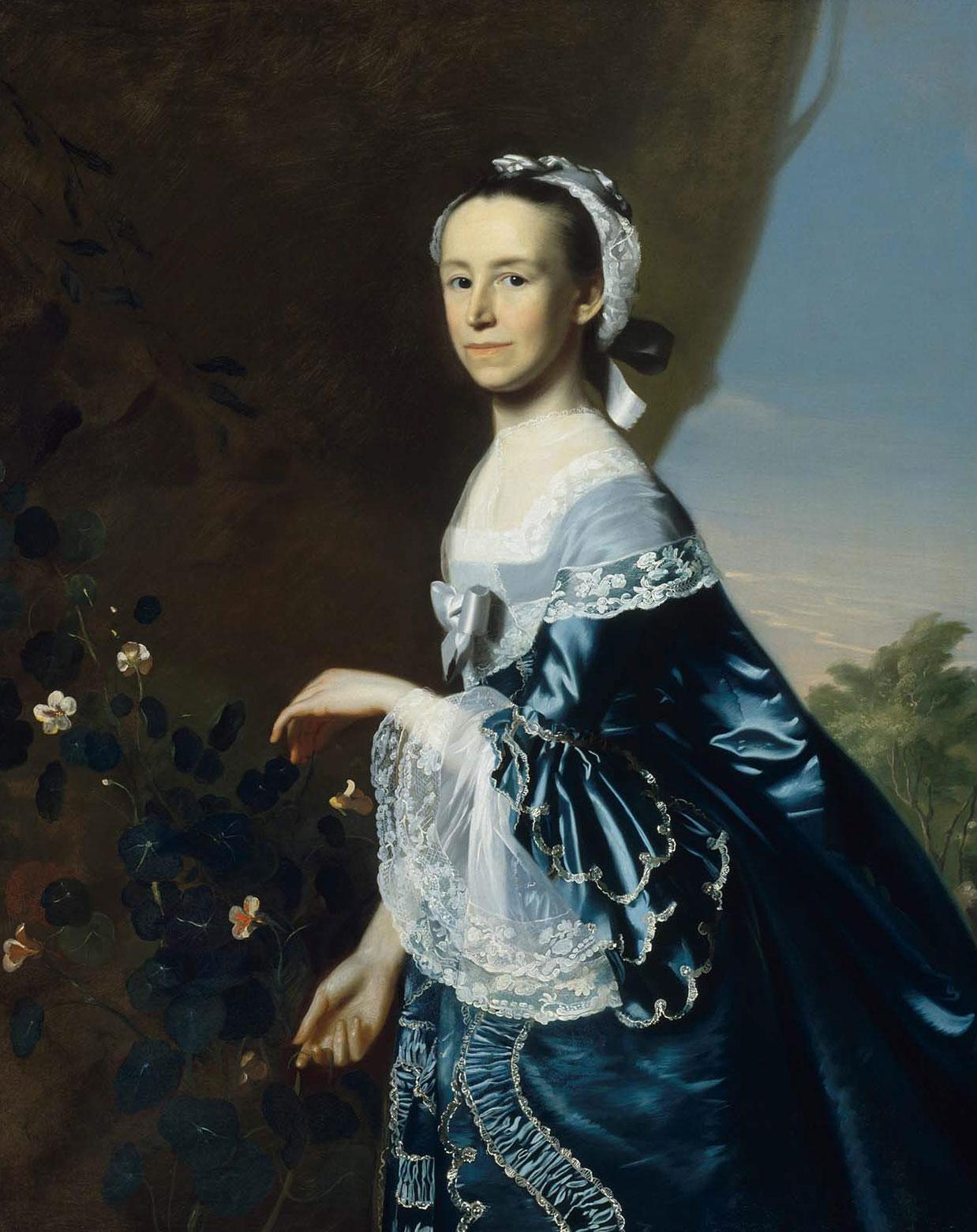 Timothy Rub stated: “With the Eagles facing the Patriots in the Super Bowl, we decided to have a bit of fun by putting some skin in the game. I offered to send our wonderful painting by Benjamin West, Benjamin Franklin Drawing Electricity from the Sky (1816), to Boston should the Eagles lose, and asked my colleague to send us an equally important work from his collection if the Eagles triumphed. I am delighted to say that a portrait of one of New England’s most fascinating patriots will be arriving soon, and I expect her to stand very tall under the circumstances. This superb painting will remain on view in Gallery 102 for the next three months where Eagles fans from around the world can enjoy it.“

MFA Director Matthew Teitelbaum commented: “While I was very much looking forward to seeing Benjamin West’s painting of Benjamin Franklin in our galleries, I am happy to share this magnificent portrait with new audiences in Philadelphia. Mercy Otis was a revolutionary woman who truly embodied the spirit of patriotism.”

“Not only does Mercy personify the spirit of revolution and liberation, she is arriving just in time for Women’s History Month,” said Kathleen Adair Foster, The Robert L. McNeil, Jr., Senior Curator of American Art, and Director, Center for American Art. “She’s the perfect prize for Philadelphia after the Eagles’ victory, representing one of Boston’s finest artists and one of its most accomplished women. She will be given a place of honor here in our galleries.”

Copley’s portrait of Mrs. James Warren (Mercy Otis) will remain on view in the American Galleries until June 3, 2018.

Poet, playwright, political satirist, and historian, Mercy Otis Warren (1728–1814) was a true American patriot and one of the best-educated women of her generation. Raised in a family of Massachusetts politicians who spoke out against British colonial rule, she initially published political plays and parodies anonymously, to cloak her identity as a woman. Later in life, she published under her own name a massive three-volume history of the American Revolution.

Copley depicts Mrs. Warren in her more conventional feminine role as wife and mother, demonstrating her nurturing skills by tending nasturtiums. She wears a fashionable silk dress and lace-trimmed stole that display her wealth, stylishness, and matronly modesty as well as Copley’s remarkable abilities. The finest painter in the colonies, the self-taught Copley not only brilliantly evokes the textures of skin, satin, and silver embroidery but also captures the grace and determination of this champion of women’s participation in the political life of the nation.