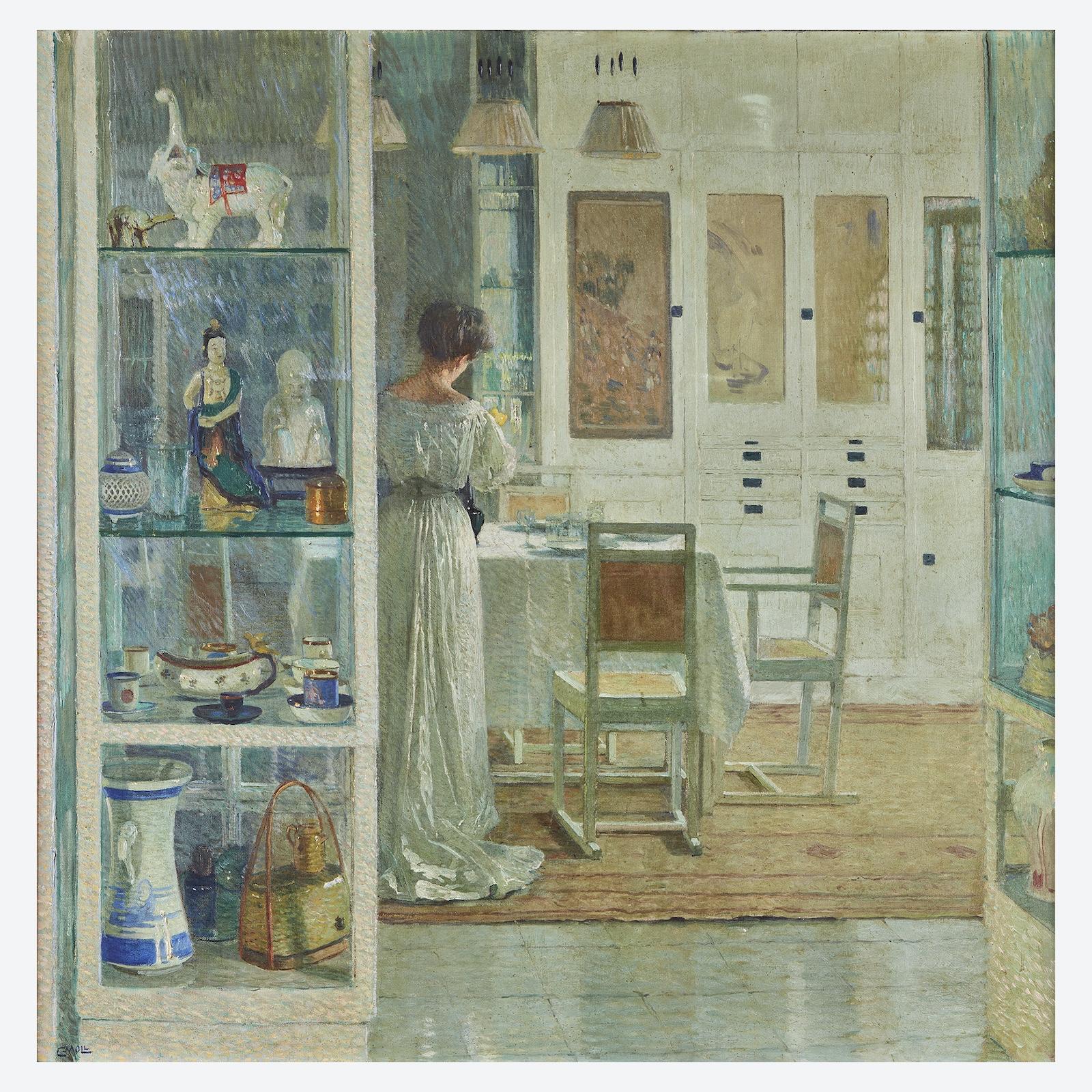 Philadelphia, PA— Freeman's will hold its latest European Art Old Masters auction on February 23. The sale presents fine art from across the continent, celebrating a multitude of movements and their major artists.

Two founders of the Vienna Secession, Carl Moll and Gustav Klimt, headline the auction—highlighted by an elegant interior scene by Moll. Pierre-Auguste Renoir, Jakob Schikaneder, and Maurice Utrillo are among the nineteenth and twentieth-century European artists represented. The sale will also offer notable pieces by Old Masters, including recently rediscovered works by Valentin de Boulogne, Lionello Spada, and Carlo Dolci.

Freeman's is delighted to announce the landmark sale of a major, recently rediscovered painting by Carl Moll. Executed in 1905, White Interior (Lot 56, $300,000-500,000) has never appeared on the market before.

The canvas is presented with one of the highest price ranges ever given to a work by the artist at auction. The painting features Berta Zuckerkandl, an important journalist and one of the most influential Jewish figures in Vienna around 1900, in her living room decorated by Josef Hoffmann. 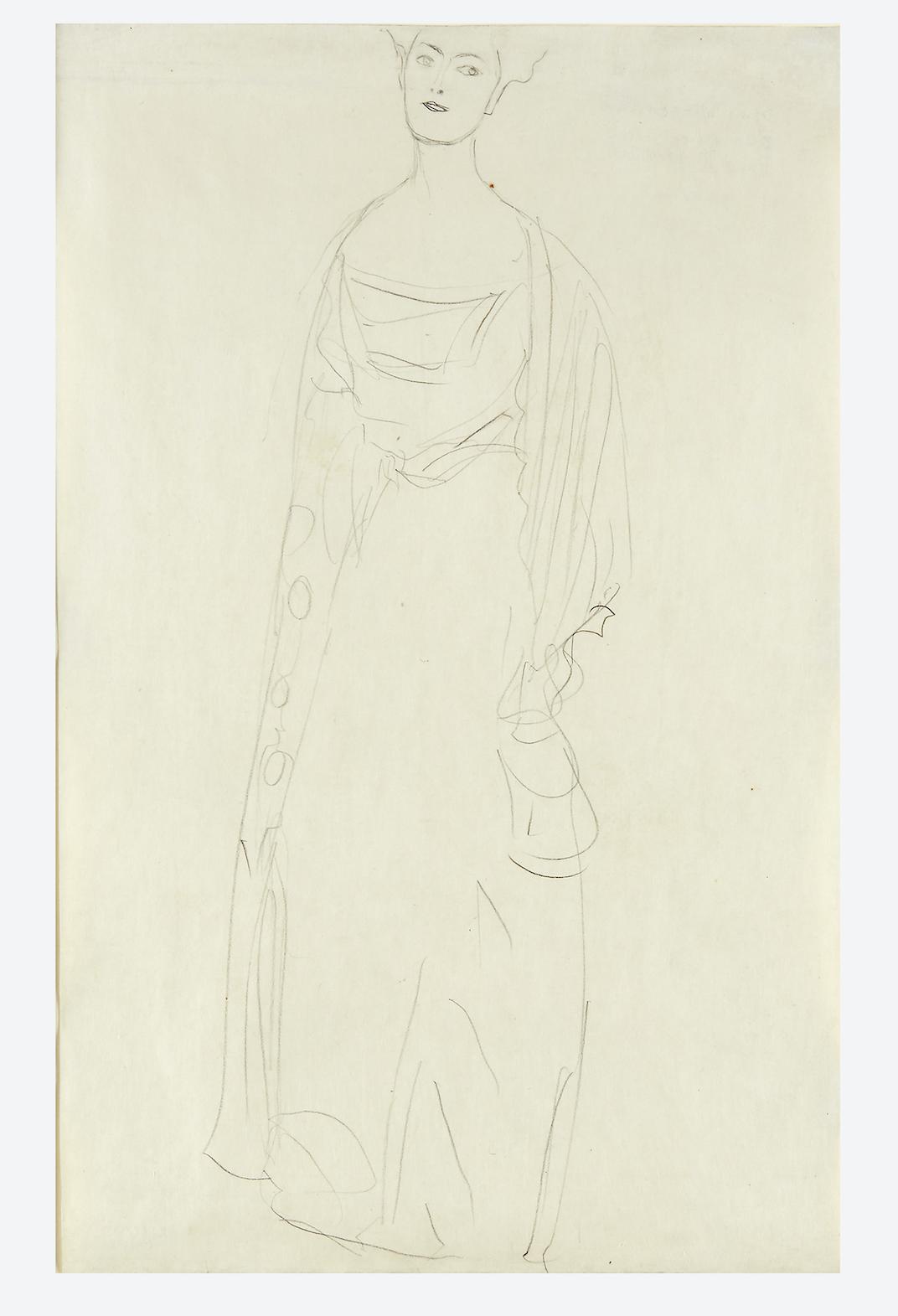 Moll’s contemporary, Gustav Klimt, is represented in this sale with a study for Bildnis Margaret Stonborough-Wittgenstein ( Lot 55, $50,000-80,000). The drawing is one of around twenty preparatory sketches Klimt made of Margaret in her wedding dress. Visible are Klimt's many inspirations, including Japanese woodcuts and Byzantine mosaics.

The Calm Sea, Nocturne (Lot 40, $100,000-150,000) is a mature work by Jakob Schikaneder, exploring his lifelong fascination with the sea. Though little is known about Jakob Schikaneder, he was a major figure of nineteenth-century painting, mostly regarded for his nocturne street scenes of Prague. At the time the present work was completed, the artist had withdrawn from the public sphere, and never publicly exhibited any of his paintings of the sea coast. 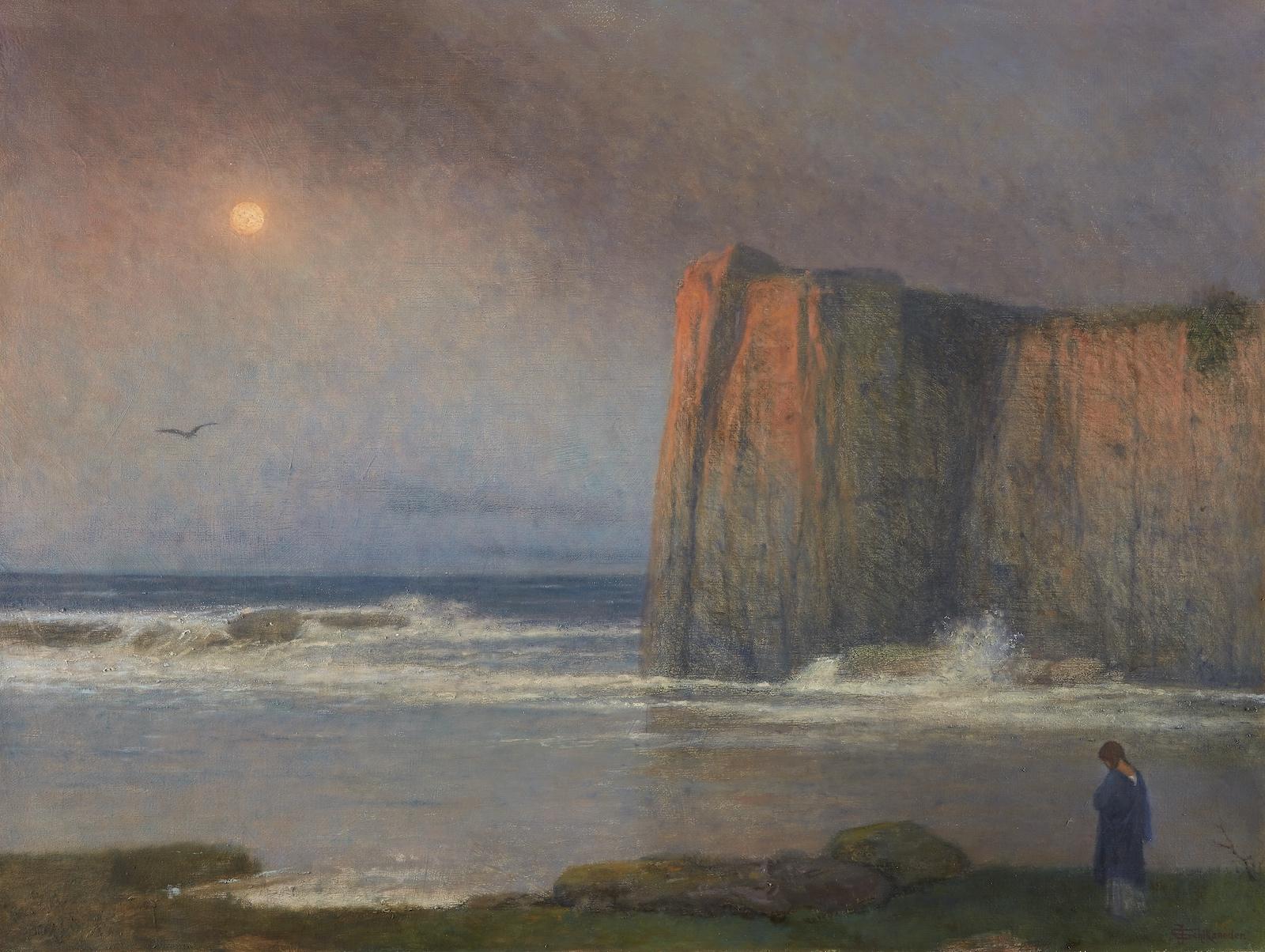 Freeman's will also bring to auction a previously unrecorded work in Pierre-Auguste Renoir's oeuvre, Roses (Lot 58, $60,000-100,000). Painted just two years before his death, Roses contains the warm palette and rich texture synonyms with Renoir's still lifes. The work comes to auction as a deaccession of the Virginia Museum of Fine Arts and will be accompanied by 7 letters by Renoir and his son, Jean Renoir, addressed to the first owner of the work, Captain William Boissel. 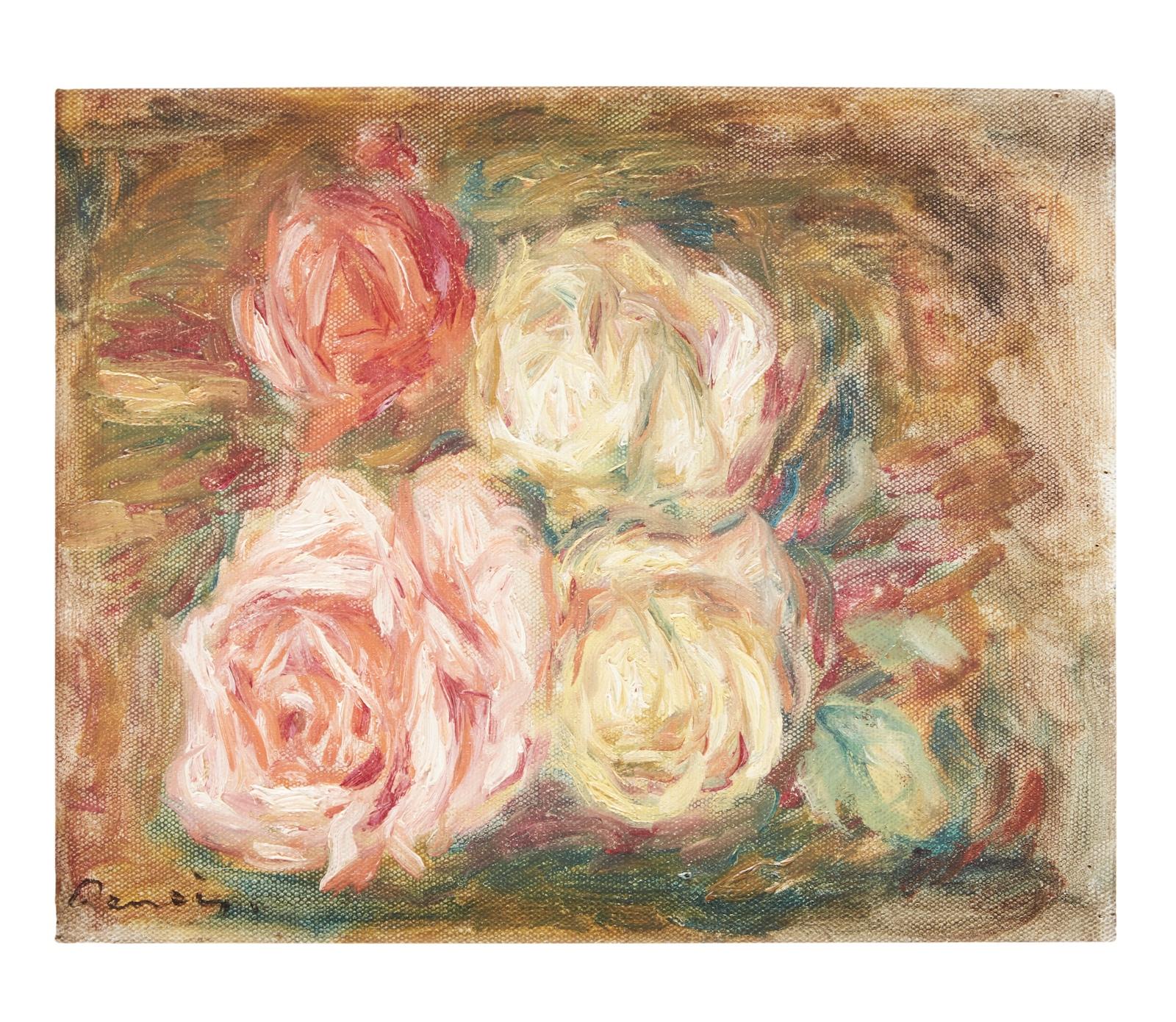 A bozzetto or “study” for Valentin de Boulogne's Étude pour Le Martyre de Saint Procès et Saint Martinien (Lot 16,  $20,000-30,000) highlights this sale's Old Master offerings. Emerging only recently, this is the only known bozzetto by Valentin. The work was created in preparation for an altarpiece of the same subject, commissioned by his long-time patron, Cardinal Francesco Barberini.

Also of note is Portrait of San Carlo Borromeo (Lot 13, $20,000-30,000) by fellow Italian master, Carlo Dolci. The present portrait depicts San Carlo Borromeo (1538-1584), the cardinal and Archbishop of Milan from 1564-1584. Dolci is known to have depicted Carlo Borromeo two other times: first in an oil on canvas from 1659, now in the Musée Magnin in Dijon, France; and in an oil on panel commissioned by the cardinal Carlo Medici now in The Palazzo Pitti, Florence, circa 1656-1661. Collectors of Old Master paintings should also mark Lionello Spada's Rest on the Flight Into Egypt (Lot 9, $25,000-40,000). 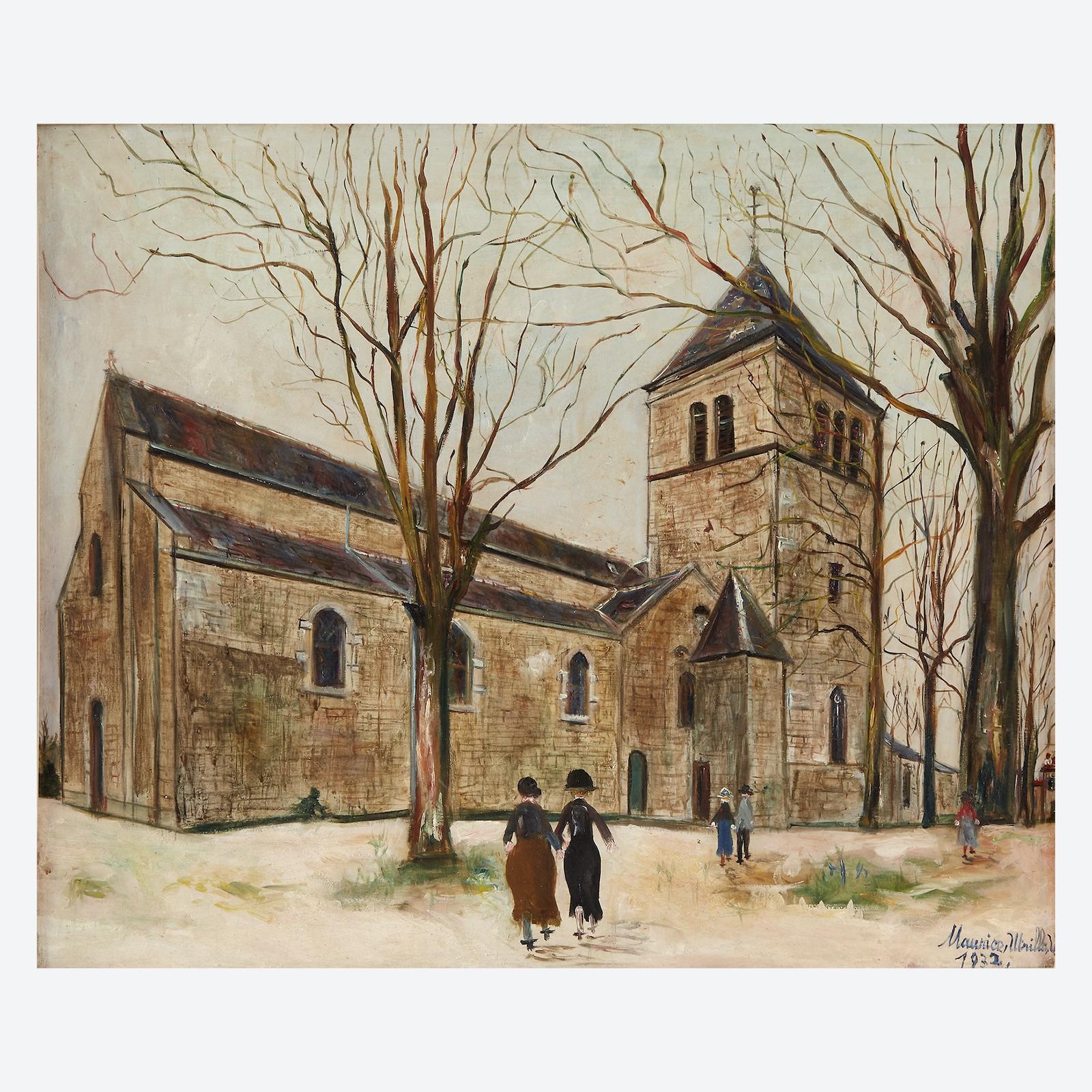 Other highlights featured in the auction are: a group of eight works by William Etty from the Forbes Collection (Lots 24-31); Église Notre Dame à Mâcon (Lot 59, $50,000-80,000), a quintessential Maurice Utrillo oil as well as a newly authenticated work by Hungarian Nabi József Rippl-Rónai, Interior with Two Women Playing Cards (Lot 62, $30,000-50,000).

About Freeman's: Since 1805, Freeman’s has been part of the fabric of Philadelphia, helping generations of clients in the buying and selling of fine and decorative arts, jewelry, design, and more. We host many auctions throughout the year, including sales of single-owner collections. Freeman’s, Philadelphia’s auction house. Sharing the world of art, design, and jewelry with you, wherever you are.