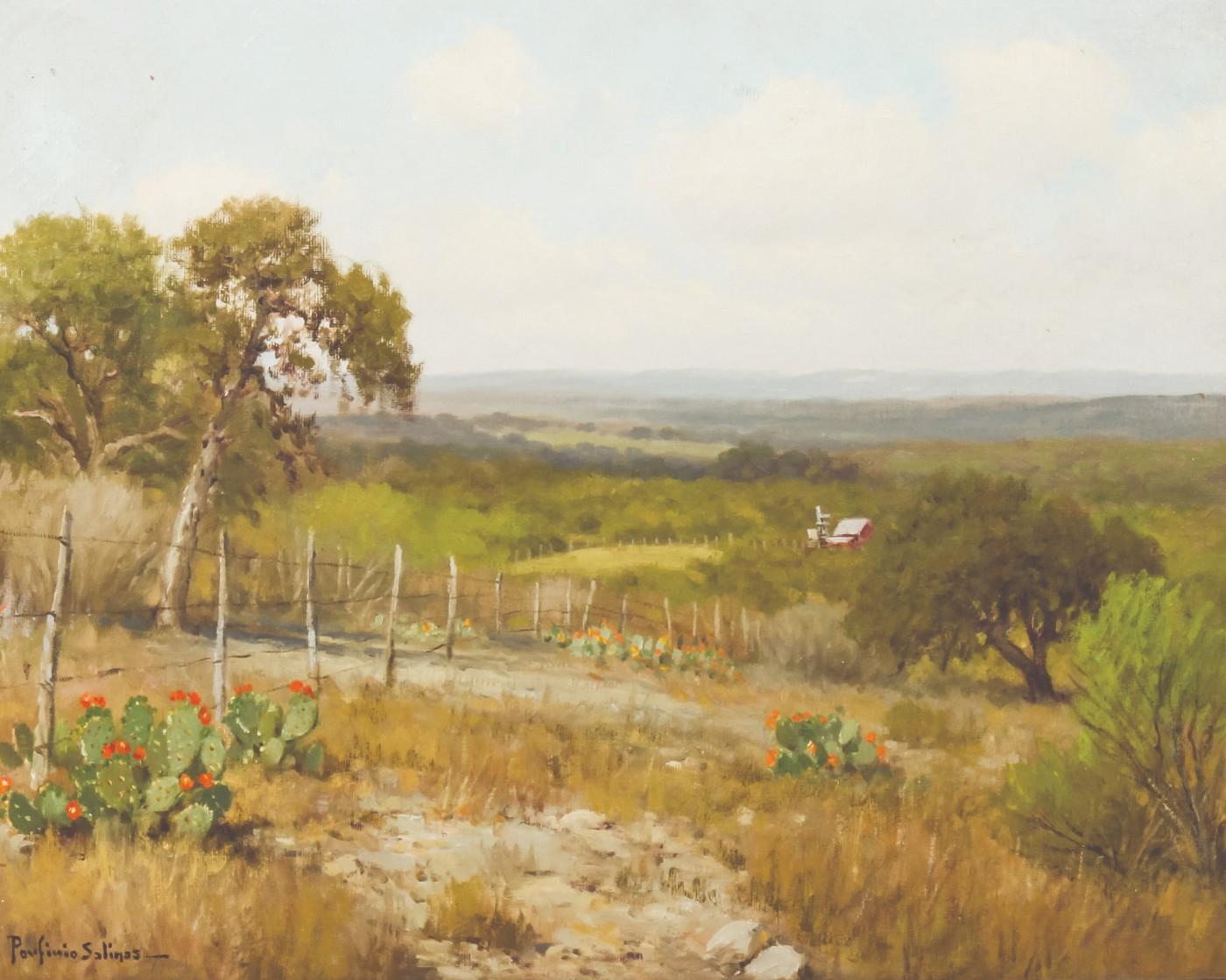 Leslie Hindman Auctioneers' bi-annual Arts of the American West auction will be conducted Friday, April 20 and Saturday, April 21 in the firm’s Denver saleroom. The sale will feature over 500 lots of historic and contemporary Western paintings, Native American arts and objects, Southwestern jewelry, a collection of Native American baskets, pueblo pottery, Navajo textiles, Western design furniture and other cowboy collectible objects. Also included is a collection of pre-Columbian pottery of Mesoamerica from the collection of Joan Cooke of Prairie Village, Kansas.

Featured in the Native American arts session are 100 lots of Southwest Indian jewelry including pieces by Charles Loloma (Hopi), Dennis and Nancy Edaakie (Zuni), Lee Yazzie (Navajo), Julian Lovato (Santa Domingo) and others. Loloma jewelry to be offered includes a Hopi silver, turquoise and ironwood belt buckle estimated at $4,000 - $6,000; a Hopi silver and multi-stone inlay belt buckle estimated at $4,000 - $6,000; and a Hopi silver and multi-stone inlay ring with a presale estimate at $600 - $800.

The sale includes a collection of Native American pottery, textiles and baskets from a private Southwest Colorado collector. Highlights from this collection include two Margaret Tafoya redware vases; a santa clara redware vase with an estimate of $8,000 - $12,000 and a redware wedding vase that carries a presale estimate of $3,000 - $5,000. Other pottery highlights from this collection include works by famed San Ildefonso artisans Maria Martinez and her son Popovi Da, including a blackware feather jar with an estimate of $3,000 - $5,000 and another black on black jar with an estimate of $5,000 - $7,000. Additional works are available by pueblo artisans such as Helen Shupla, Joy Navasie, Rachel Samie Nampeyo, Carmelita Dunlap, Jody Folwell and Richard Zane Smith.

Also to be offered is a strong session of Native American baskets from a Southwestern Colorado collector and the estate of Roger Pendelton Wood of Boulder, Colorado, with many examples from Indian tribes in the RebeccaSouthwest, Northern California and the Pacific Northwest. Top lots from the Colorado collection are several large striking Western Apache olla baskets such as a rare pictorial wedding basket with a presale estimate $3,000 - $5,000; a large Western Apache pictoral olla basket estimated to bring $8,000 - $12,000 and a unique Chemehuevi pictorial olla basket with an estimate of $3,000 - $5,000. Among the estate highlights are a collection of Northern California baskets including Karok examples estimated at $800-$1,200, a Yokut bottleneck basket estimated at $800 - $1,200 and a collection of Tlingit baskets, together with an Eskimo example, that carry a presale estimate of $600-$800.

Also available is a collection of Western designer furnishings including items by Thomas Molesworth and several lots by the late Tom Bice, founder of Cowboy Classics out of Longmont Colorado. Among the cowboy collectible lots is a black leather and silver parade saddle, circa 1940, with matching bridle and serape, which has a presale estimate of $3,000 - $5,000.

"This sale represents true collaboration with our regional offices," said head of sale, Rachel Enright. "We are pleased to offer property from passionate collectors across the country who have worked with our local staff to bring their collections to auction."

The sale will be conducted live in Leslie Hindman Auctioneers' Denver saleroom at 1024 Cherokee Street, Suite 200. Session I will begin on Friday, April 20 at 3:00 p.m. and Session II on Saturday, April 21 at 10:00 a.m. The exhibition will be open to the public April 17 – 21. Catalogues will be available online in late March.