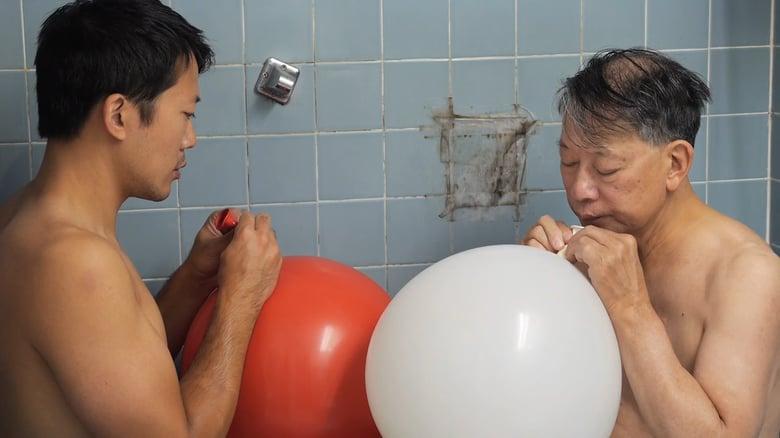 The Minneapolis Institute of Art (Mia) will present an exhibition of video work by New York­–based artist Kenneth Tam (born 1982) starting December 23, 2017. “Kenneth Tam: Cold Open” challenges societal norms and assumptions regarding the male body as it explores themes of physical intimacy, sexuality, and vulnerability. The exhibition will be on view at Mia through April 8, 2018.

Tam’s practice involves the participation of strangers—often recruited through online message boards and forums such as Craigslist and Reddit—in situations orchestrated by the artist that range from tender to awkward to absurd. In his video work, Tam creates spaces for men to play, express their feelings, and bond with one another while questioning accepted behavior in heteronormative male culture. For his exhibition at Mia, Tam will present a selection of three video works created over the past six years, including The compression is not subservient to the explosion; it gives it increased force (2011), sump (2015), and Breakfast in Bed (2016).

“Kenneth Tam uses the framework of reality television, role-playing, and team-building exercises to question how men are expected to interact with one another in contemporary society,” said Gabriel Ritter, Mia’s curator of contemporary art. “Through staged play, Tam examines the constructed identities that men come to rely on in group settings while enabling and facilitating their performance of self in front of the camera.”

The compression is not subservient to the explosion; it gives it increased force (11:26 min.) documents an encounter between the artist and an unseen man sitting in a cardboard box—a continuation of a negotiation that began online where the two first met. Taking place in a suburban basement, sump (7:37 min.) explores the unspoken intimacies and tensions between father and son by documenting a series of physical interactions between the artist and his father. These invented rituals range from playful to strange. Part social experiment, part absurdist theater, Breakfast in Bed (32 min.) examines perceptions of masculinity and the male body through role-playing, team-building exercises, and improvised actions that were developed with seven participants throughout the filming, under the artist’s loose direction.

The compression is not subservient to the explosion; it gives it increased force and sump will be played in sequence on a continuous loop daily; Breakfast in Bed is on view Thursdays and Sundays.

Kenneth Tam was born in Queens, New York, and lives and works in Brooklyn, New York. He works primarily in video, sculpture, and photography. He received his BFA from the Cooper Union in New York City and his MFA from the University of Southern California in Los Angeles. His work has been shown in numerous group and solo exhibitions including Made in LA: a, the, though, only at the Hammer Museum, Los Angeles; List Projects: Kenneth Tam at the MIT List Visual Arts Center, Cambridge, Mass.; and Core Exhibition at the Museum of Fine Arts Houston.

Related programming for “Kenneth Tam: Cold Open” will include a talk by Kenneth Tam and Gabriel Ritter, Mia’s curator of contemporary art, on January 18, 2018, at 6:30 p.m. Admission: $10; $5 My Mia members; free for members of Mia’s Contemporary Art as well as Photography and New Media Affinity Groups. Tickets available December 22: 612.870.3000; ticket.artsmia.org.