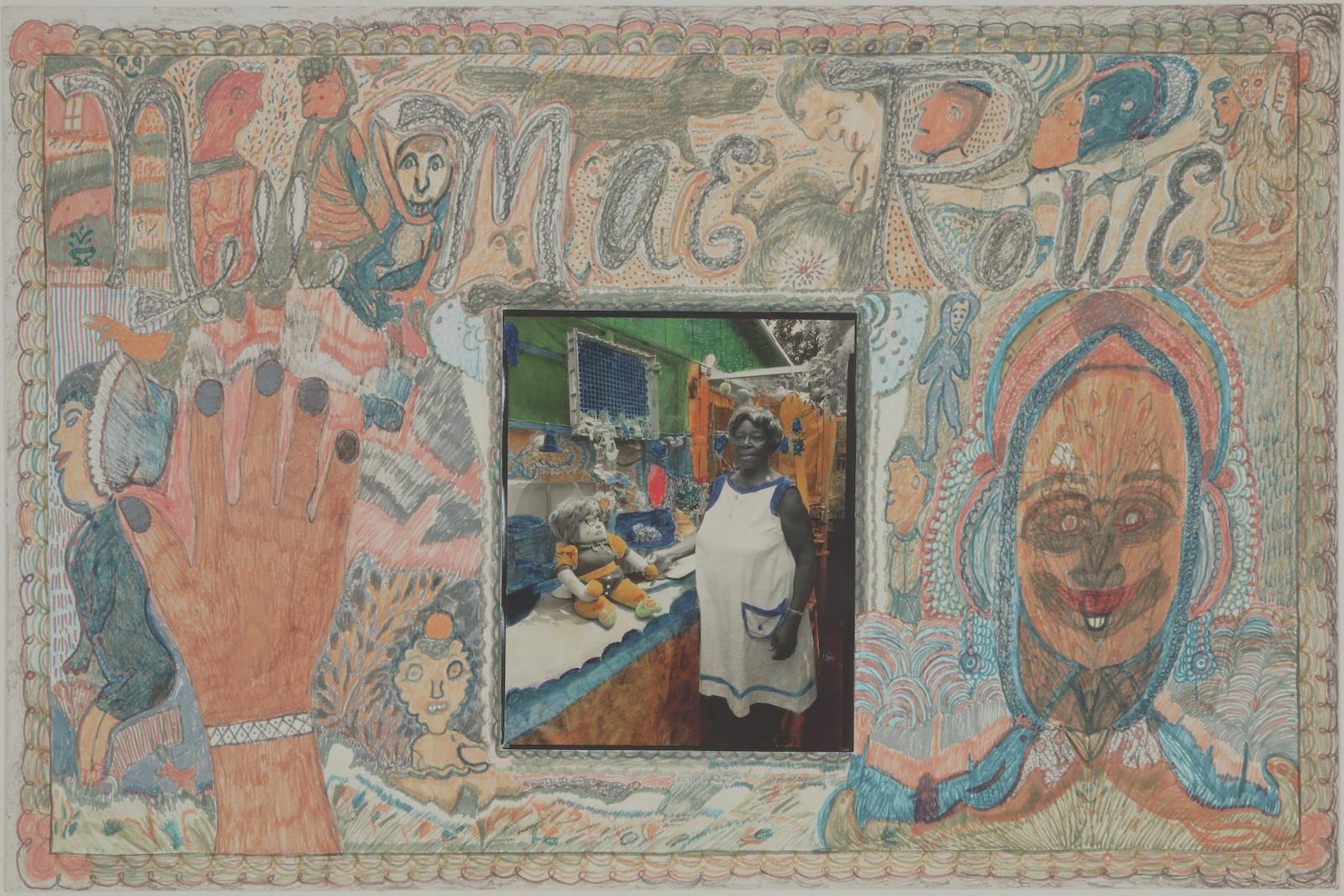 ATLANTA — This fall, the High Museum of Art will present Really Free: The Radical Art of Nellie Mae Rowe (Sept. 3, 2021-Jan. 9, 2022), featuring nearly sixty works drawn from the Museum’s folk and self-taught art collection, which has the largest public holdings of Rowe’s art. The exhibition chronicles the life and work of Rowe (1900-1982) through her imaginative works on paper and sculptures made from found and experimental materials and an artful reconstruction of her “Playhouse,” the striking art environment she created in her home and yard, which was located on a busy thoroughfare just outside of Atlanta. Really Free is the first major presentation of her work in more than twenty years and the first to consider her practice as a radical act of self-expression and liberation in the post-civil rights-era South. The exhibition will be accompanied by an expansive print catalog and will be the inaugural project featured on the High’s new interactive digital platform to debut this fall. Really Free marks the Museum’s first partnership with the Art Bridges Foundation, an organization dedicated to expanding access to American art, which will allow the exhibition to travel nationally into 2023.

“The High was among the first American museums to establish a department dedicated to self-taught art, and today we hold the foremost collection of work by artists without formal training from the American South, including Nellie Mae Rowe,” said Rand Suffolk, the High’s Nancy and Holcombe T. Green, Jr., director. “We are incredibly proud of this distinction and honored to celebrate Rowe’s life and work through this exhibition. Her art has been a fixture in our collection galleries for decades, and this exhibition allows a much-needed deeper look into her bold artistic production.”

Katherine Jentleson, the High’s Merrie and Dan Boone curator of folk and self-taught art, added, “The exuberant color and imaginative design that characterize so many of Rowe’s drawings—which comprise most of her surviving work—is so aesthetically pleasing that her work is often taken at face value. This show will really explore her drawing practice, tracing its emergence and relationship to the installations of her Playhouse, as well considering the artistic path she blazed for herself as a radical act undertaken at a time when Black, women and self-taught artists struggled for respect and visibility.” 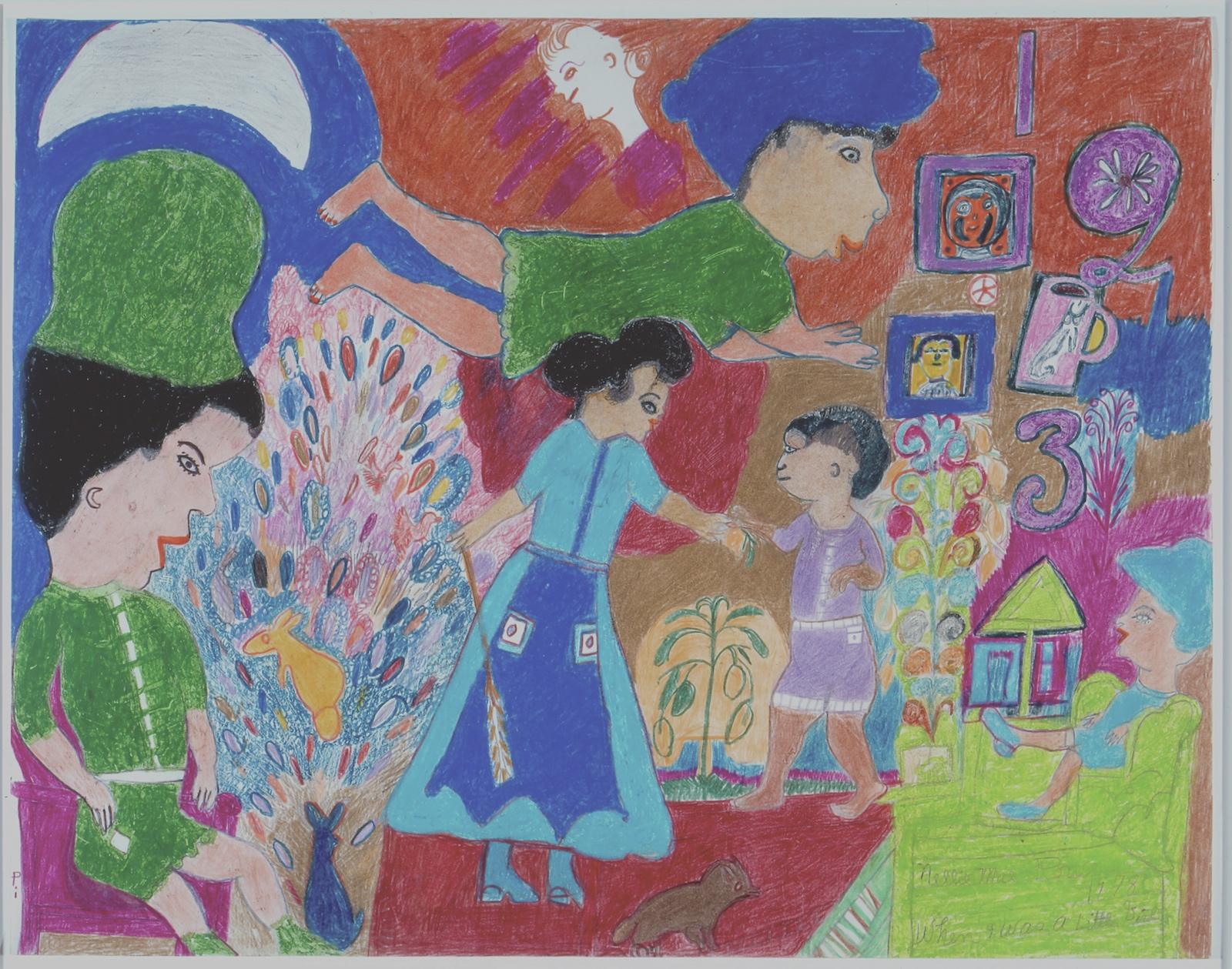 Rowe began making art as a child in rural Fayetteville, Georgia, but only found the time and space to reclaim her artistic practice in the late 1960s, following the deaths of her second husband and members of the family for whom she worked. Although she did not speak much about politics or social movements, she purposefully embraced her creativity and devoted her life to making art during a time when civil rights leaders and Black feminist politicians and artists were igniting great change across the country.

As she filled it with drawings and sculptures, Rowe’s Playhouse became an Atlanta attraction, which fostered her growing reputation and public reception. She began to exhibit her art outside of her home, beginning with Missing Pieces: Georgia Folk Art, 1770-1976, a bicentennial exhibition that brought attention to several Southern self-taught artists, including Rowe and Howard Finster, and traveled to venues throughout Georgia. In 1982, the year she died, Rowe’s work received a new level of acclaim, as she was honored in a solo exhibition at Spelman College and included as one of three women artists in the Corcoran Gallery of Art’s landmark exhibition Black Folk Art in America: 1930-1980.

The High began collecting her drawings in 1980. Between 1998 and 2003, major gifts totaling more than 130 works from trailblazing Atlanta art dealer Judith Alexander, a friend, and ardent supporter of Rowe, solidified the High’s holdings as the largest public repository of Rowe’s art. Recently, the Museum announced another major gift of seventeen drawings by Rowe from Atlantans Harvie and Charles Abney. Selections from this gift, as well as recent gifts and pledges of Rowe’s drawings and photographs of the artist and her Playhouse taken by Lucinda Bunnen and Melinda Blauvelt, will be presented as part of the exhibition.

Really Free will feature the colorful, and at times simple, sketches Rowe made on found materials in the 1960s and reveal their relationship to her most celebrated, highly complex compositions on paper of the late 1970s and early 1980s. Other sections of the exhibition will explore themes in Rowe’s work such as depictions of women, her childhood, images of her garden, and her experimentation with materials, including recycling cast-offs to make handmade dolls and chewing gum sculptures. The final galleries will focus on her career breakthrough and ruminations on death and the afterlife.

In addition to works on paper and sculptures, the exhibition will feature photographs as well as components and footage from the experimental film on Rowe’s life to be released by Opendox in 2022, This World is Not My Own, which includes an artful reconstruction of her Playhouse. Through these elements, visitors can experience the lively art environment she created in and outside of her home.

Really Free will be presented in the lower level of the High’s Wieland Pavilion.