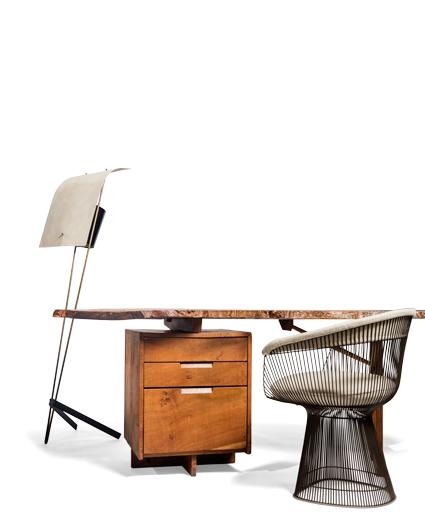 DALLAS, Texas – Collections from a prominent Tulsa, Oklahoma collector and a large group of 22 sets of drawings by Frank Lloyd Wright, among the great architects of the 20th century, will be among the highlights in Heritage Auctions’ Design auction April 15 in Dallas.

George R. Kravis II, a lifetime resident of Tulsa, supported many local initiatives through the Raymond and Bessie Kravis Foundation. He contributed to several Oklahoma cultural institutions and was honored with the Oklahoma Governor’s Arts Award in 2010 as a significant contributor to the arts. In 2014, he established the Kravis Design Center in Tulsa, a 14,000-square-foot state-of-the-art facility to house and study roughly 4,000 objects of design. 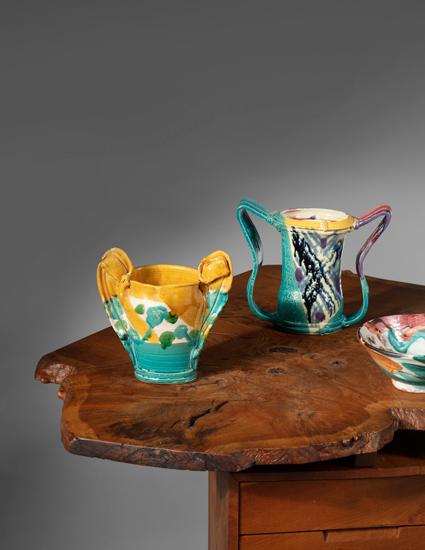 “One of the preeminent collectors of his generation, George Kravis was a delightfully constant presence in the field of 20th century design for several decades,” Heritage Auctions Design Director Brent Lewis said. “He was a rare collector, filled with passion and knowledge, fulfilling a drive to acquire and preserve, not to value and trade. His concerns were not those of the market, but those of history: he was focused on an object’s influence and significance.

“In as much as his name carries significant weight in the field, it is due to his connoisseurship and his unique ability to surround himself with other experts in the field that allowed him to amass such a large and significant collection. The overall quality of the works he collected themselves stands apart. Even a cursory look at the collection reveals the curiosity of a collector drawn to both iconic works of 20th century design, especially to objects made in America, but also to the unusual and unexpected objects.”

Among the top lots from the Kravis collection in the upcoming auction:

A Vladimir Kagan Wall-Mounted Console Table, circa 1950 (estimate: $5,000-7,000) is an exceptional example of the artist’s ability to use wood to create fluid furniture styles. Known best for his avant-garde design style, the German-born Kagan has enjoyed a growing international reach, earning commissions from some of the world’s top interior designers and architects. Measuring 46-1/2 inches long and 12 inches wide, the table is inscribed “KAGAN DREYFUSS NEW YORK, A VLADIMIR KAGAN DESIGN” and features the artist’s signature blend of sophisticated aesthetic with comfort and modernistic sensibility.

David Hockney’s Swimming Pool Carpet, 1988, Vorwerk & Co. (estimate: $4,000-6,000) is made of tufted wool, measures 118-1/2 by 77 inches and is inscribed with control number RO22236 to verso. Created by a British painter, draftsman, printmaker, stage designer and photographer who is considered an important contributor to the 1960s pop art movement, this carpet was part of a collection of carpet designs Vorwerk produced in collaboration with a series of renowned artists.

Paul László’s Pair of Arm Chairs, circa 1940 and Coffee Table, circa 1948, Herman Miller each carries a pre-auction estimate of $3,000-5,000. The Hungarian-born architect and interior designer had a career that stretched out over eight decades and earned him international popularity. László believed strongly in the relationship between artist and client, enough so that he earned a reputation for declining to work with certain clients. Photographs, renderings and descriptions of his work appear in books and periodicals since the 1920s.

“George believed that good design contributed to a better life,” said David A Hanks, curator for the Kravis Design Center. “As he put it, ‘we can actually improve our prospects for the future with our understanding and recognition of the importance of design.’ For George, design was everywhere, and his collection reflected his eye for the best.”

Frank Lloyd Wright Presentation Drawings of the Kalita Humphreys Theater in Dallas, Texas (estimate: $5,000-7,000) represents his conceptual renderings for the only theater out of more than 1,000 structures he designed (532 were completed). The Kalita Humphreys Theater was commissioned by the DTC in 1954, and completed five years later, becoming Dallas’s first repertory theater. The project was particularly meaningful to Wright, who as a child had wanted to become an actor. While his life followed a different – and highly successful – path, Wright’s love of the dramatic arts never waned, and a theater was on his wish list of career projects. The Kalita Humphreys Theater is an example of Wright’s later work, conveying organic fluidity through the elimination of right angles. The use of concentric circles and ramps through evokes images of his design for the Guggenheim Museum in New York, which also was completed in 1959. Wright did not live long enough to see this avant-garde space completed, but it remains a Dallas landmark and a monument to his design style.

Also among the 22 Frank Lloyd Wright lots in the auction is a set of five Drawings of the John Gillin House in Dallas, Texas (estimate $2,500-3,500). Completed in 1958, the home was Wright’s final residential commission, and his only residential project in Dallas. A Usonian home because of its engineering and use of local building materials, the home is atypical compared to most of his Usonian designs, largely because of its size (it is the largest home Wright ever designed) and its use of angles. The home and the Kalita Humphreys Theater are Wright’s only commissions in Dallas. These drawings come from the archive of William Kelly Oliver, who was a member of the Taliesin Associated Architects and oversaw both of Wright’s projects in Dallas.

Wright’s drawings for the Kalita Humphreys Theater and the Gillin house both come from the collection of architect W. Kelly Oliver, who worked with Wright on the projects.