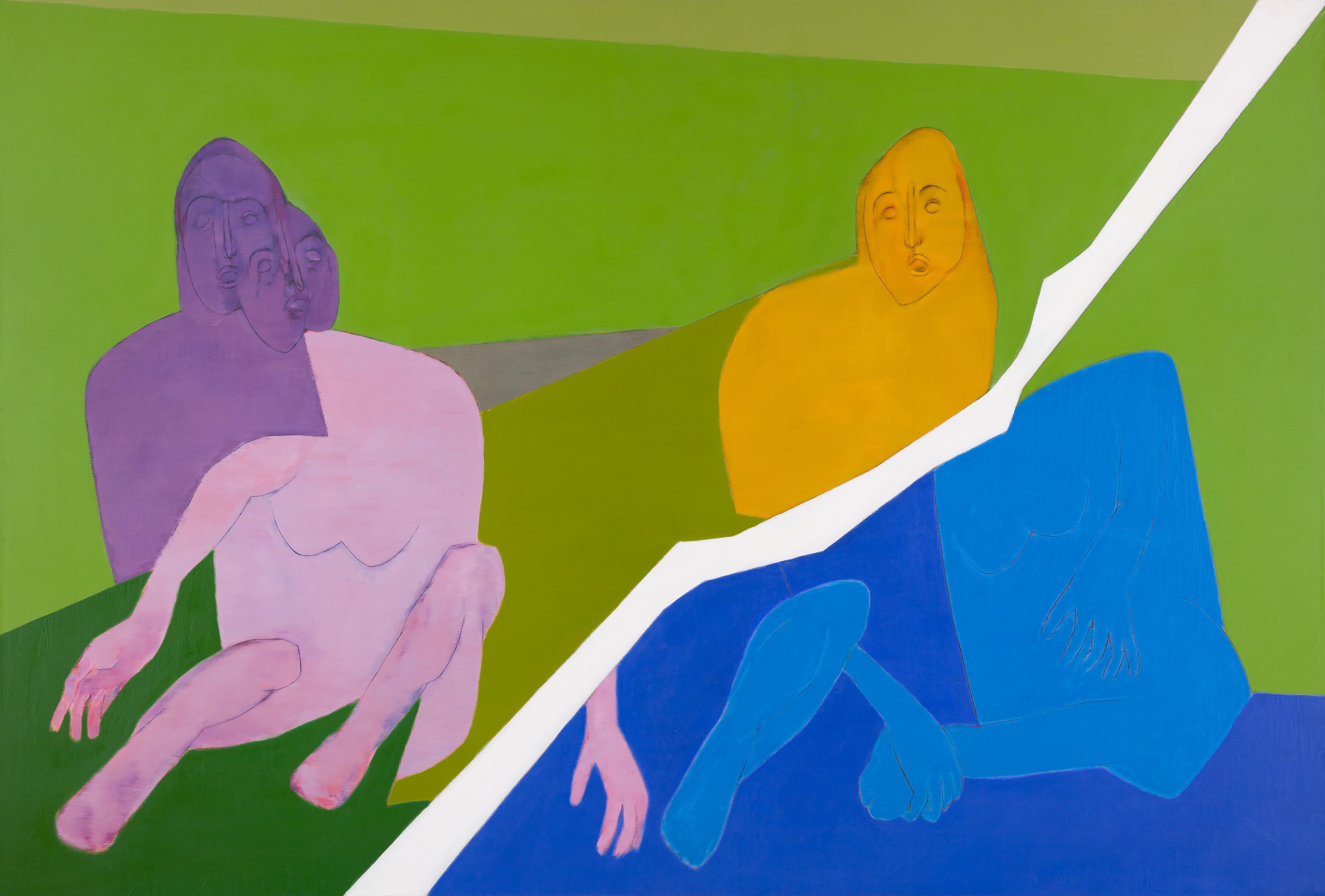 SALEM, MA – In three new galleries, the Peabody Essex Museum (PEM) provides a deeper understanding and appreciation of India and its people through more than 100 paintings, sculptures, photographs, and personal correspondence. The installations trace the history of India from its colonial period through its independence in 1947 and the rise of a vibrant movement in modern Indian art. These new South Asian Art galleries are part of PEM’s ongoing initiative to reinstall its vast and storied collection in new and surprising ways. 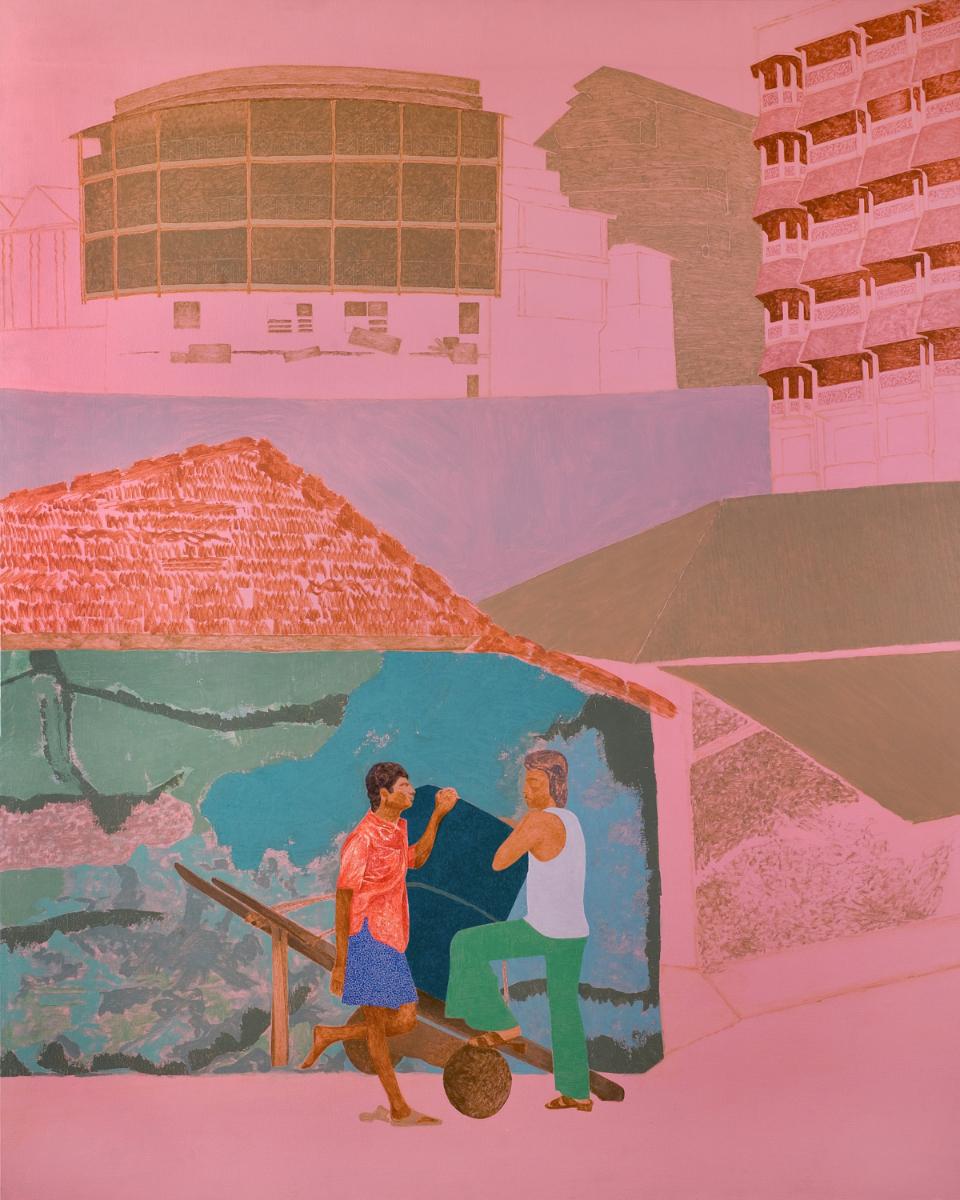 India and Identity
In an attempt to simplify and explain a diverse, complex and heavily-populated nation under British colonial rule, Indian art made for export in the 18th and 19th centuries often created and perpetuated cultural stereotypes. The subjects and themes of these works, which include colorful representations of Hindu deities, lifelike images of laypeople, mystics and merchants, were reproduced over and over in various media by Indian artists to feed a new and thriving global market. Such artworks—including Kalighat paintings, life-size clay sculptures, and papier-mache heads of Indian men—were among the earliest objects to enter PEM’s collection.

A new installation in the museum’s Prashant H. Fadia Foundation and Deshpande Foundation Gallery engages this complicated legacy and looks closely at Indian identity and representation. “Many of these tropes originated under a colonial system that sought to categorize, divide, conquer and control its populace. Incredibly, many of these same cultural stereotypes persist today,” says Siddhartha V. Shah, PEM’s Curator of South Asian Art. “These works reflect a history of intercultural encounters and exploits and by putting them on view, we want to unpack how these kinds of images have informed the way we think about India.”

Independence and Expression
In PEM’s Chester and Davida Herwitz Gallery, visitors will see how artists helped define the country following its independence from British rule in 1947. Working to uncover a visual language that was uniquely Indian, artists sought inspiration in the specificity of their cultural experience as well as in their personal struggles, ambitions, and dreams. “These works represent a time when Indians began to visualize themselves as modern artists grappling with swift societal and cultural change,” observes Shah. More than 60 paintings from PEM’s Herwitz Collection, including works by M.F. Husain, Tyeb Mehta, and Nalini Malani, explore spirituality, conflict, urbanization, poverty and the role of revolutionary women in establishing a new nation. 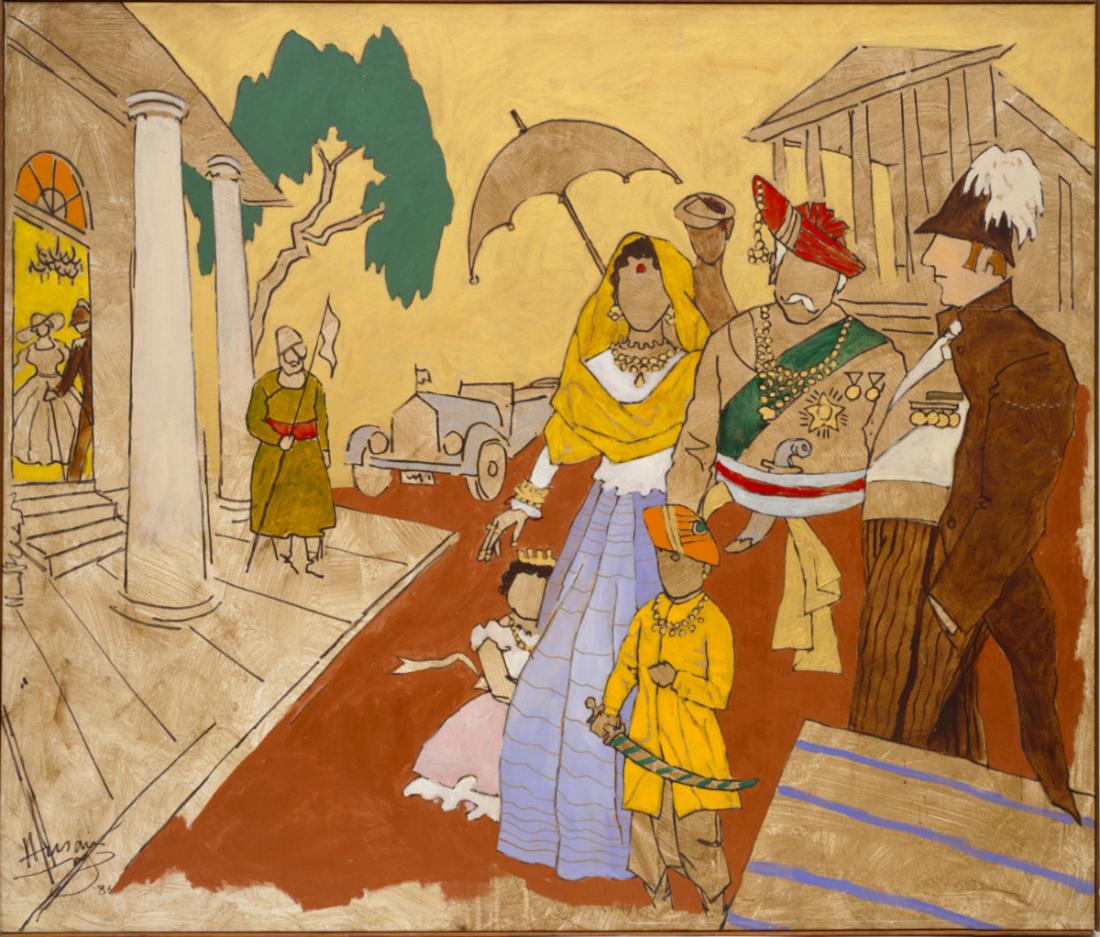 Passionate Collectors
American collectors Chester and Davida Herwitz developed one of the most important collections of modern Indian art outside of India. Gifted to PEM in 2001, this transformative donation included an extensive archive and more than 6,000 books about Indian art. A new installation in PEM’s Phillips Library Collection gallery draws from the singular archive of vast correspondence between the Herwitzes and India’s leading modern artists.

The Herwitzes first visited India in 1962, intending to source materials for their leather goods business. The couple fell in love with the culture and, over the course of 30 years, collected a wide variety of objects, including some of the most impressive modern Indian paintings and sculptures ever assembled. Included is a collage of personal photographs of the couple in India as they worked to usher these works onto the global stage through strategic purchases and commissions.