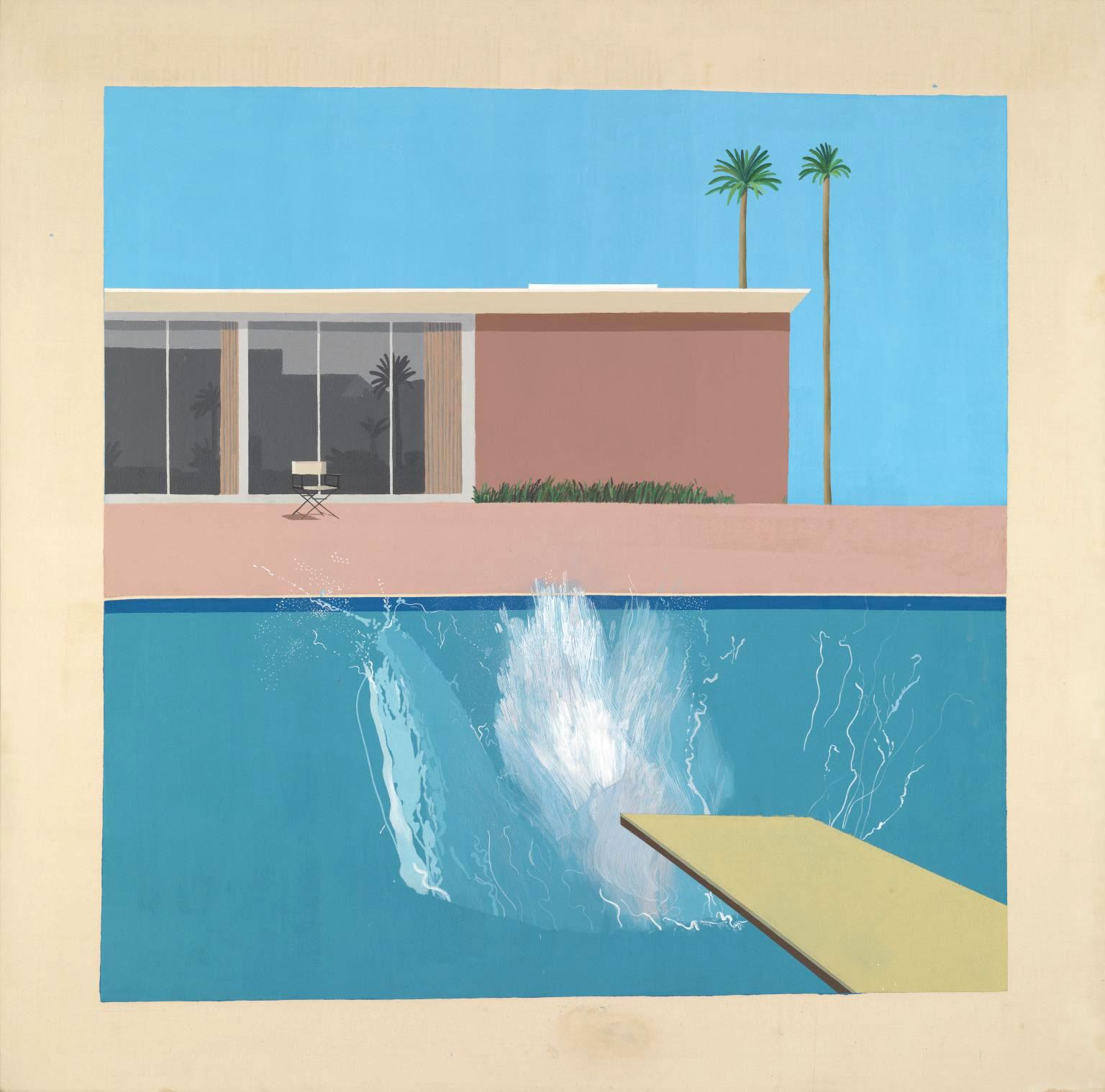 For nearly 60 years, David Hockney (British, born 1937) has pursued a singular career with a love for painting and its intrinsic challenges. A major retrospective at The Metropolitan Museum of Art—the show's only North American venue, opening November 27, 2017—honors the artist in the year of his 80th birthday by presenting his most iconic works and key moments of his career from 1960 to the present. Working in a wide range of media with equal measures of wit and intelligence, Hockney, has examined, probed, and questioned how to capture the perceived world of movement, space, and time in two dimensions. The exhibition David Hockney will offer a grand overview of the artist's achievements across all media, including painting, drawing, photography, and video. From his early engagement with modernist abstraction and mid-career experiments with illusion and realism, to his most recent, jewel-toned landscapes, Hockney has consistently explored the nature of perception and representation with both intellectual rigor and sheer delight in the act of looking.

The exhibition is made possible in part by The Horace W. Goldsmith Foundation, The Jay Pritzker Foundation, the Jane and Robert Carroll Fund, and the Aaron I. Fleischman and Lin Lougheed Fund.

It is supported by an Indemnity from the Federal Council on the Arts and the Humanities.

It is organized collaboratively by Tate Britain, London; the Centre Pompidou, Paris; and The Metropolitan Museum of Art, New York.

Born in West Yorkshire, where he attended the local Bradford School of Art, Hockney moved to London in 1959 to study at the Royal College of Art. His career is distinguished as much by early successes as by his willingness to flaunt conventions both societal and artistic. Hockney's works from the 1960s brazenly reference homoerotic subject matter, from Walt Whitman to Physique Pictorial muscle magazines, while his dedication to figuration throughout his career runs against the grain of predominant art world trends on both sides of the Atlantic.

Many fine examples of Hockney's work from California in the late 1960s and early 1970s, as well as his double portraits from New York, London, and Los Angeles, show the artist's interest in the tension that exists in social relationships and the difficulty of depicting transparent material such as glass and water. By the late 1970s and early 1980s, Hockney turned to a brightly hued palette and fractured, cubistic perspective that mirrors both his interest in Pablo Picasso and his own experiments with Polaroid photography. In recent decades, Hockney has ventured outdoors to paint the changeable landscapes of his native Yorkshire across the seasons, while simultaneously returning to the study of figures in social groupings. Keenly interested in scientific innovations in the aid of art, Hockney recently experimented with an old technology: he created a series of portrait drawings using a camera lucida, first employed by artists in the Renaissance to render one-point perspective. He has also always embraced new technologies, including the possibilities for colorful composition offered by applications on the iPhone and iPad. Examples of the artist's experiments in that medium will be included in the galleries. The exhibition ends with his most recent, near neon-toned landscapes, painted in the last three years in Southern California, where he returned to live in 2013. The Met presentation marks the first time the series will be exhibited publicly in the United States. Even to the most committed follower of Hockney's art, the unprecedented unification of his renowned early works with the newest, will be revelatory.

At The Met, David Hockney is curated by Ian Alteveer, Curator, with assistance from Meredith Brown, Research Associate, both in the Department of Modern and Contemporary Art.

The exhibition is accompanied by a fully illustrated, scholarly catalogue published by Tate.

Other programs include Artists on Artworks—Mickalene Thomas on David Hockney on Friday, January 19, 6:30 pm, in the Grace Rainey Rogers Auditorium; and a Teen Studio: Painting program on Saturday, January 27, 1–4 pm.

It’s a recent development in art history to include women in numbers that, if not entirely commensurate with their place in society, are certainly far greater than previously.

There is a long history of an art ecosystem out in eastern Long Island. Today, a renewed interest in the area brings about a new generation of artists and galleries.